The overgrown wall-o-Privet came out in early 2014 (photos of the removal here) and the whole feel of the back-garden changed. Here's a picture from August of 2013, a sort of "before"... 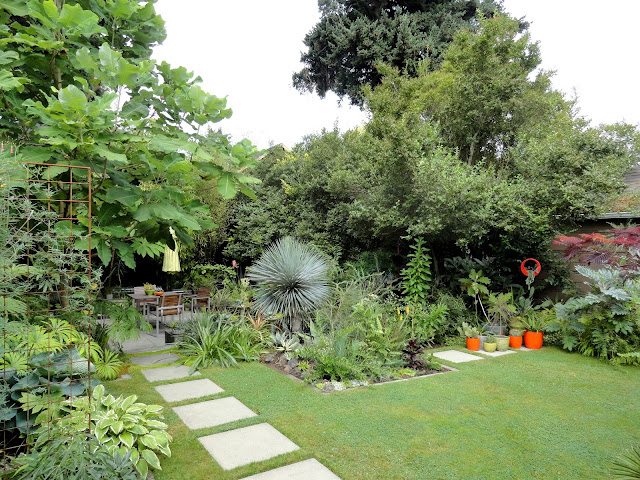 Post-privet the neighbor's bi-color garage became a prominent garden feature. I was not enamored, to say the least, here's roughly that same view in January 2014... 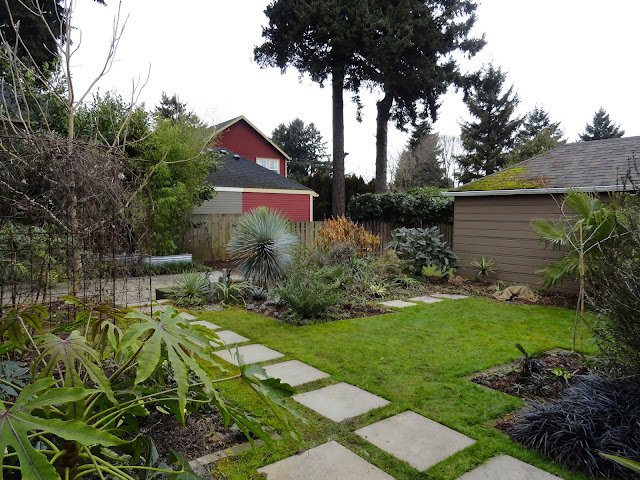 And below after the fence was built in February of 2014. Why some crazy developer thought it was a good idea to paint a shared garage two different colors I will never understand. Like the homeowners needed a reminder of which side is theirs? 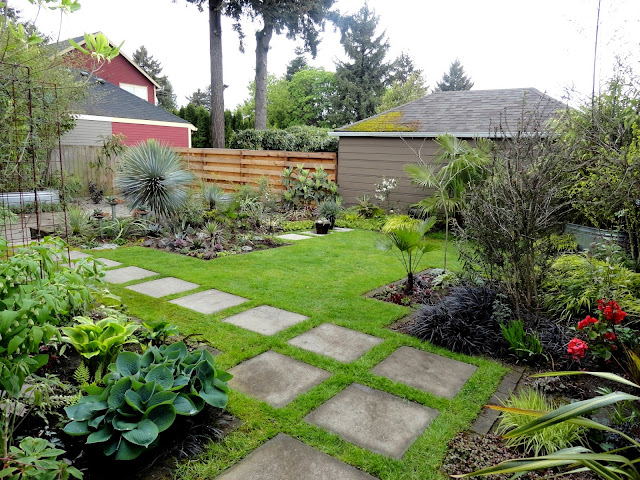 Okay, to the point of this story. That was then...THIS is now... 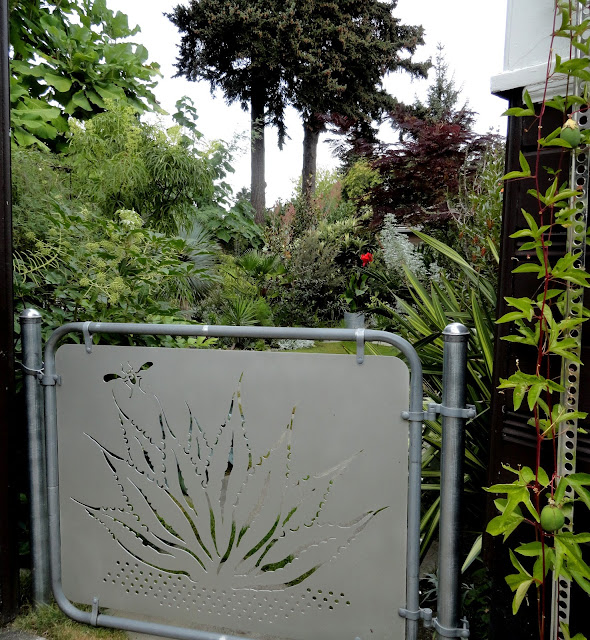 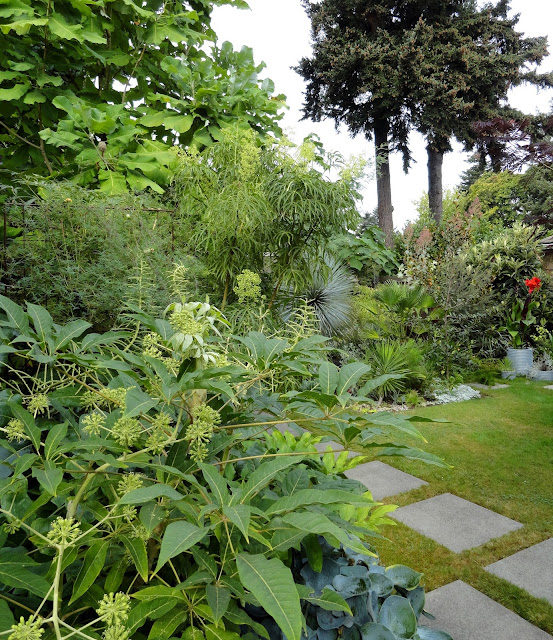 Foliage to the rescue. 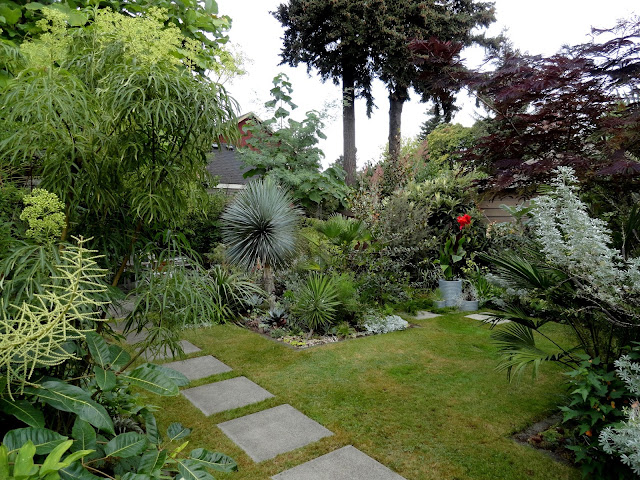 I entertained the idea of asking the owners, both of them (the house has changed hands over the last 2ish years) about painting the eyesore, but knew all along the best solution was one I controlled, not them. So I planted. And planted. 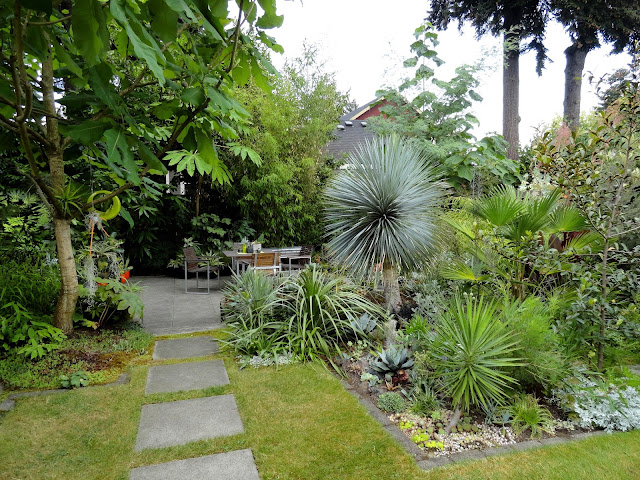 Thanks Sammy! (our Yucca rostrata)... 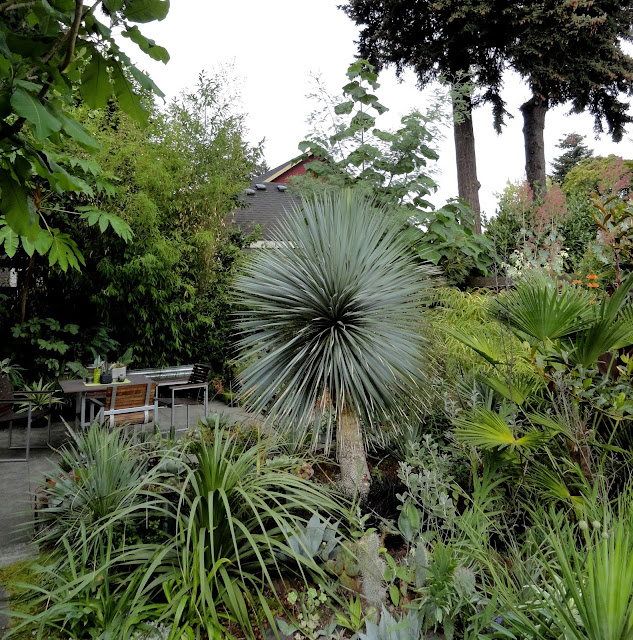 Even when the (lame) line of demarcation starts to be visible it's still fairly obscured. 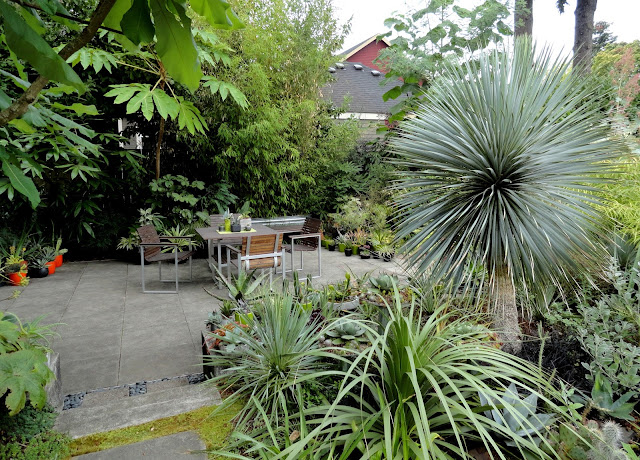 All those plants in the former Privet-lands have exploded! With just three summers ('14, '15 and now '16) under their belts. 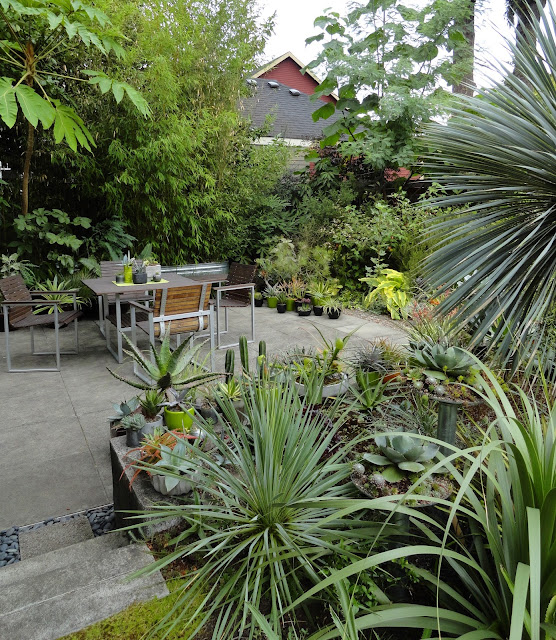 The Paulownia tomentosa (big leaves, tallest thing going over there) is simply a quick answer to the screening problem. Long term there's a Daphniphyllum macropodum v. humile and Eriobotrya japonica in place to fill the gap (they're in there, doing their best to grow up big and strong, already helping to obscure the U.G.L.Y.). 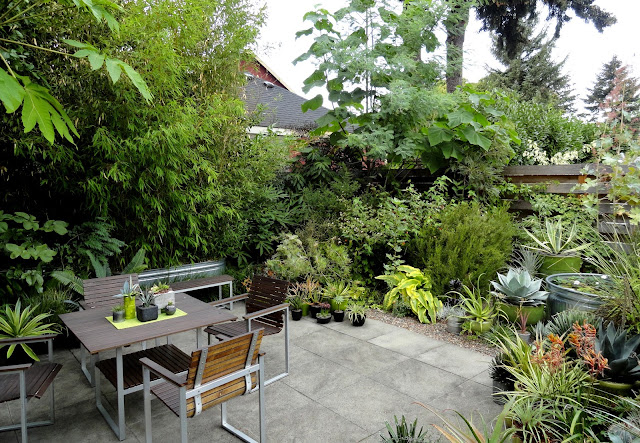 I pollarded the Paulownia on my own last year, I don't think I'll be able to do it this year and will have to enlist the help of the husband. Maybe it's time to cut it all the way to the ground? Also mixed in is an Acacia dealbata (the fine-leaf) which isn't in the long-term plan, just a tiny twig when I bought it and supposedly not hardy here. Enjoying it while I can... 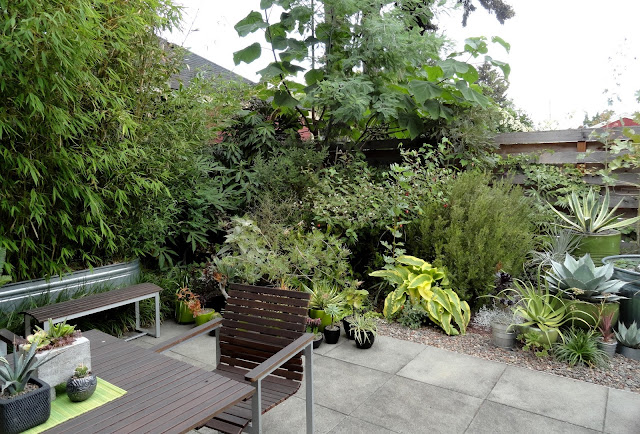 That's a look at how, thankfully, things have grown in over the last two years. I still regret opening my garden for the bloggers who visited in 2014, when things were so fresh and raw. Then again if my fellow bloggers can't understand how gardens evolve then who can? 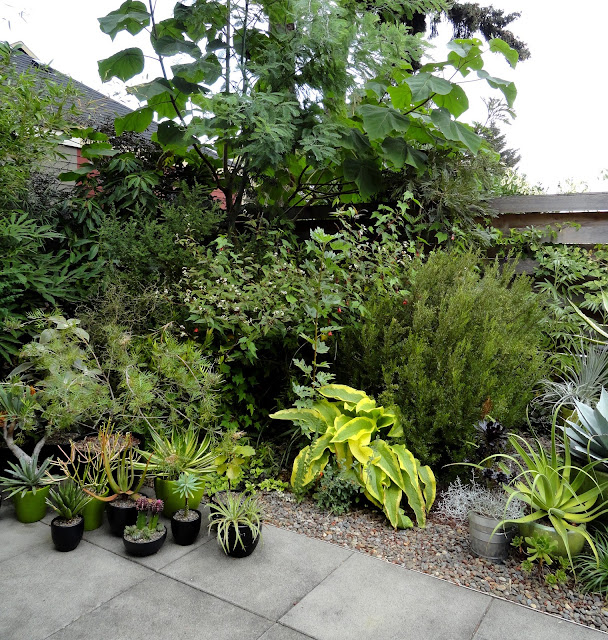