Below is my Agave franzosinii and friends. This Agave is super special to me because I purchased it at The Ruth Bancroft Garden, and A. franzosinii is (to me at least) the "Agave icon" of that beloved garden. 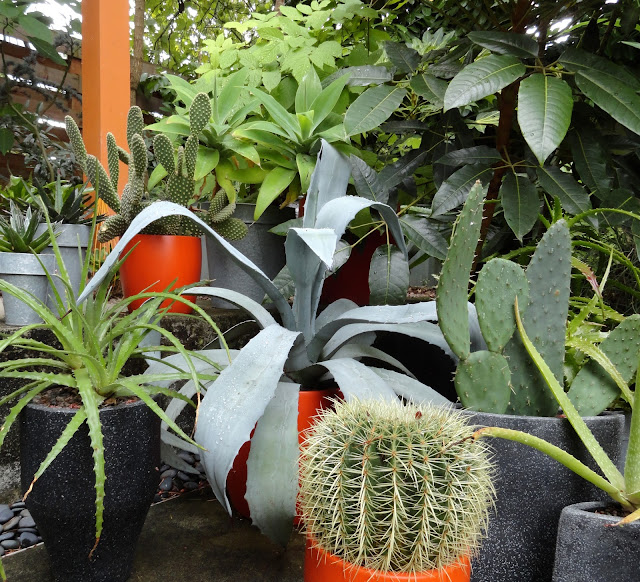 While working on my Rogerson Clematis Garden post I happened to Google the curator, Linda Beutler. Much to my surprise one of the first things that came up was a page on the Oregon Association of Nurseries website with lyrics to a song written by Linda called Agave! Seriously...

Agave! (Sung to the tune of "Maria!" from West Side Story)
Lyrics by Linda Beutler and the Goddess Flora Chorus

Agave!
I just met a plant named Agave,
And suddenly I've found
There's gravel all around
My house.

Agave!
I just keep on planting Agave,
We have a drought, you know,
And nothing else will grow
Out there!

Agave, with its thorns it keeps children from playing,
And those spines will stop small dogs from straying.

The most beautiful plant I've ever seen...
Agave!

Back in the day there was a group called "The Goddess Flora Chorus and Deadheading Society" which performed at an HPSO Study Weekend and then multiple Plant Nerd Night events. This song was one they performed. You can see a video of the performance here. 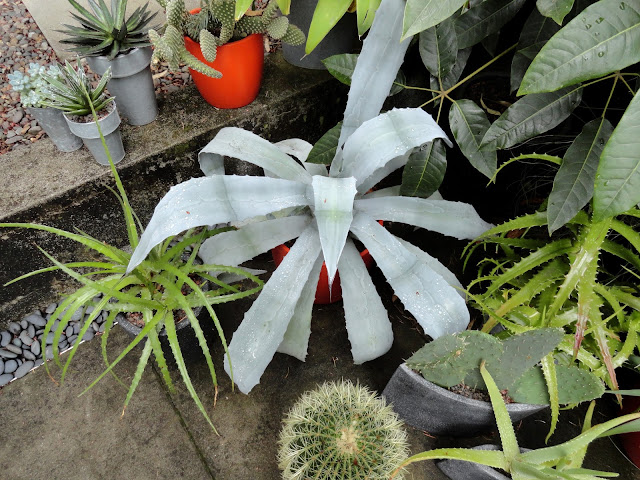