These little reddish nubbins appeared on my Echinocereus triglochidiatus v. gonacanthus hybrid back in April... 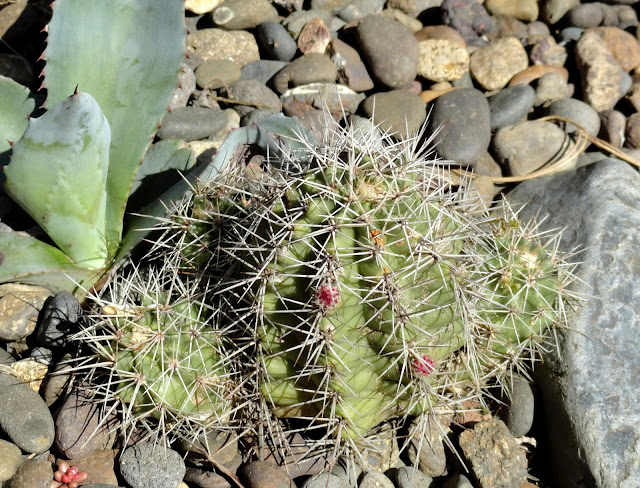 It's sometimes difficult to distinguish between new growth and a bloom on an Opuntia, perhaps Echinocereus were similar? I was cautiously hopeful. 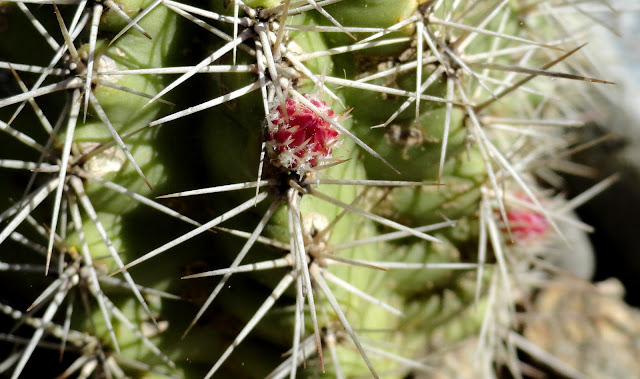 As time went by it became clear what the nubbins were, this is what they looked like when I took my Bloomday photos. Close, but not quite there... 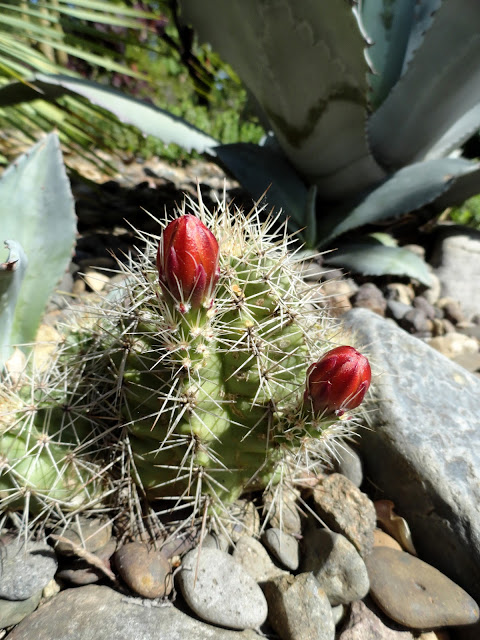 A couple of days later there was this! 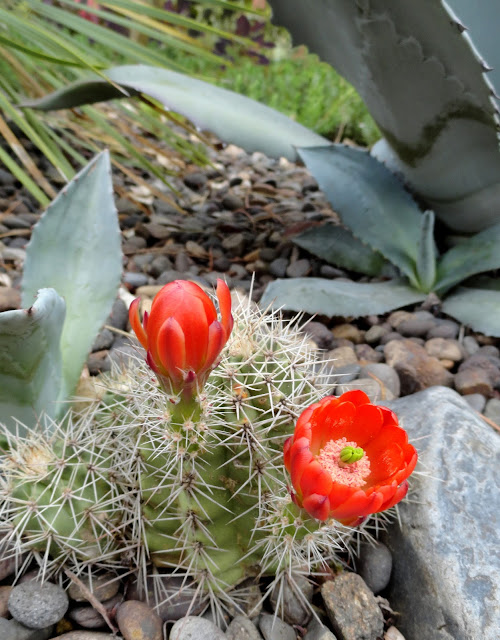 An hour or two passed and they were both open. 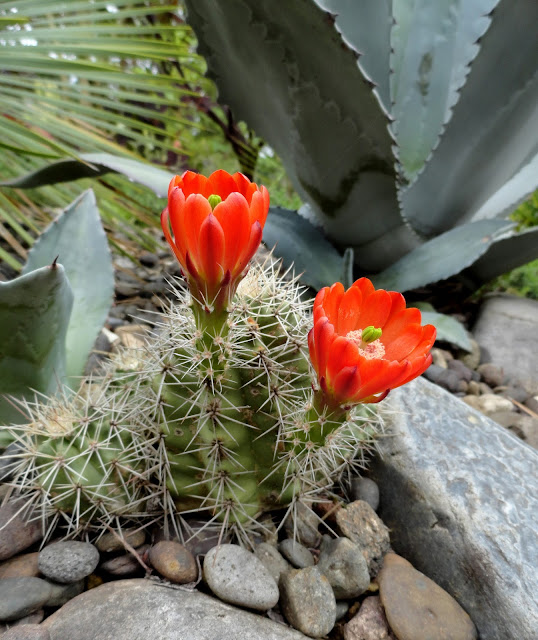 I'm sure those of you from warmer, dryer, locations are like "ya, okay...it's a cactus bloom" but I am thrilled! Thrilled this guy has managed to live through our cold, wet, winters and is happy enough to bulk up with additional growth and to bloom. 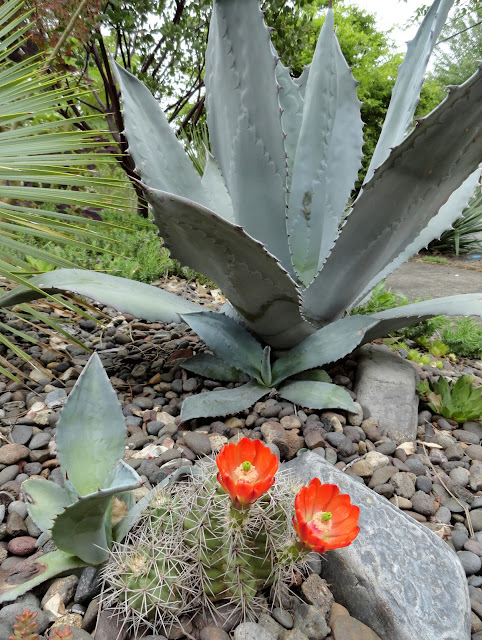 I bought this plant when I visited the Hillside Botanical Garden in Yakima, WA. The name is a little misleading, it's not a public garden but rather a spectacular cactus garden in owner Ron McKitrick's back yard. 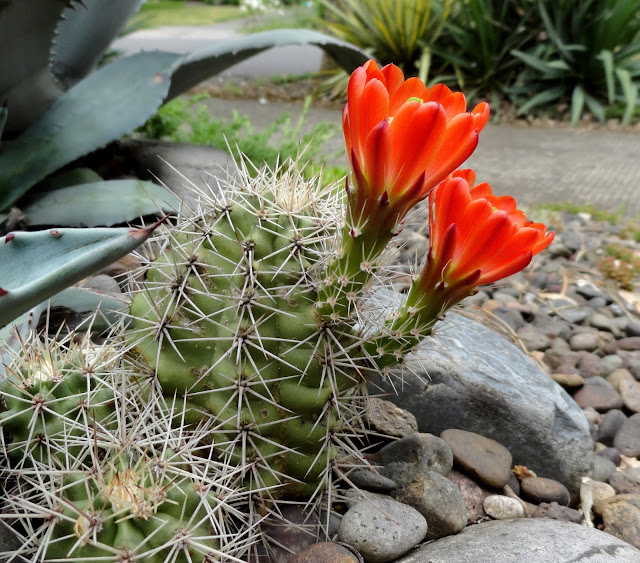 After touring the garden I had the opportunity to purchase a couple of plants, I asked Ron for advice on what would be good for Portland (Yakima, while cold in the winter, is very dry compared to Portland – their rainfall seldom exceeds 6" per year). Ron dug a seedling from his garden – a hybrid form of Echinocereus triglochidiatus v. gonacanthus, resulting from a natural cross of two different Echinos in his garden. 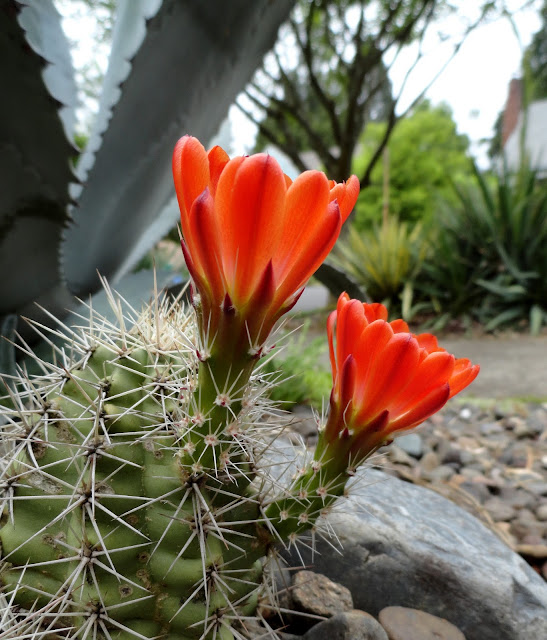 There was no way to know what color the flowers would be, but I am thrilled with this orangey red. 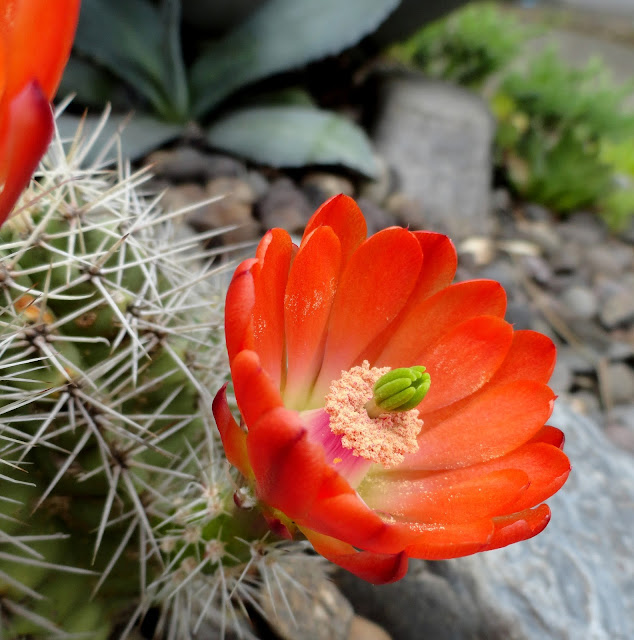 Since the flowers opened the weather has been cooler and cloudier than last week, I don't know if that's why the flowers are sticking around (this is day 3) or if that's just what they do. 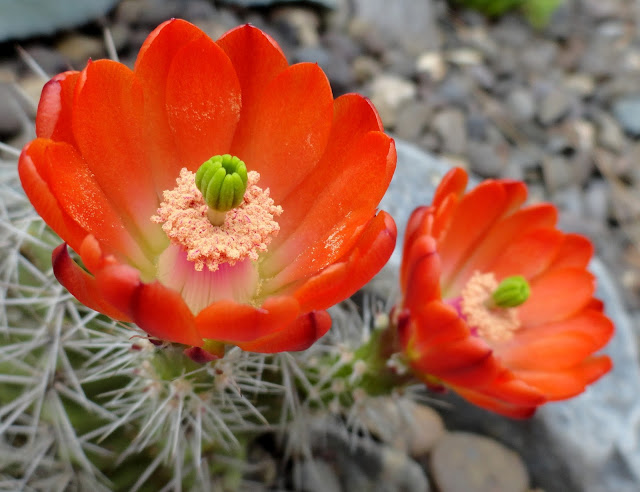 No doubt somebody wants to remind me that I claim to be a foliage gardener, why am I so excited about flowers? 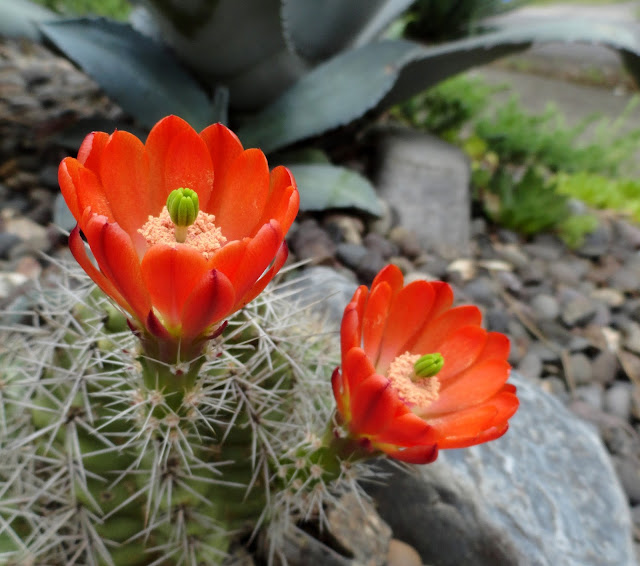 Because a blooming cactus is rare in these parts, you see Opuntia blooms around town but not these. And I take it as a sign that I sited this plant correctly to keep it happy. And they're beautiful! 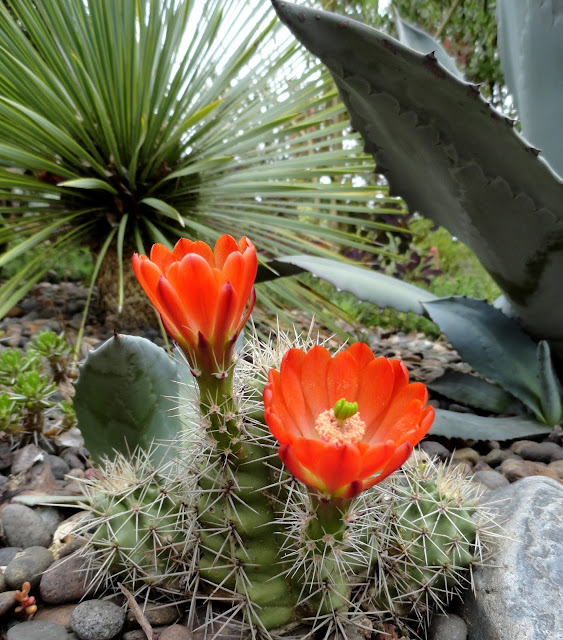 Color me a happy gardener. 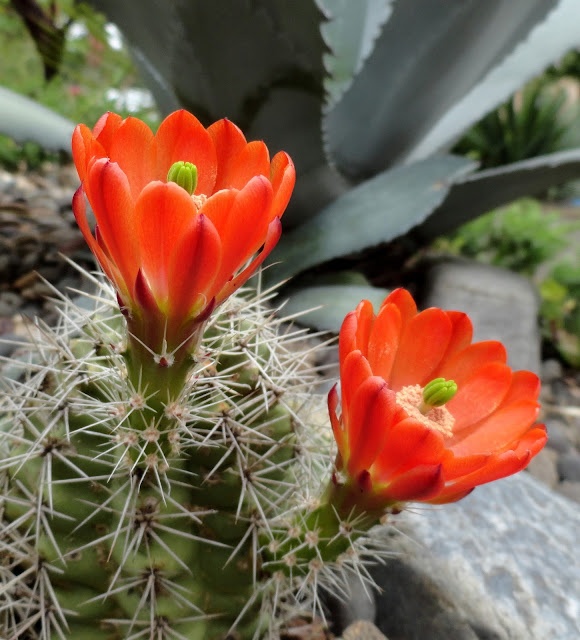