In a Vase on Monday: back to the basics

I've written about my fondness for bringing in prunings from the garden, to enjoy in a vase (why toss them in the yard waste bin when they can be enjoyed in the house?) As gardening chores amp up I'll no doubt be doing more of this kind of creation than an actual thought out and "designed" vase. At first I wasn't going to share these (too simple), but then I thought of those who've said they don't have the creativity to put together an arrangement. Okay...but you can stick a leaf or two in a vase, right? 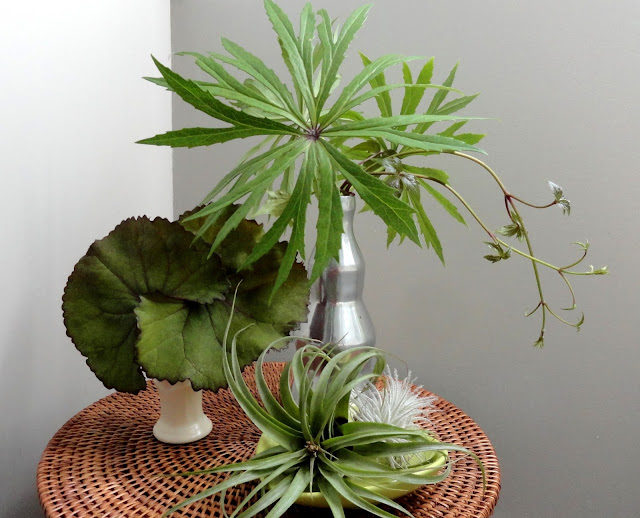 The Ligularia I recently purchased had some droopy leaves around the bottom which I removed to make it easier to plant. 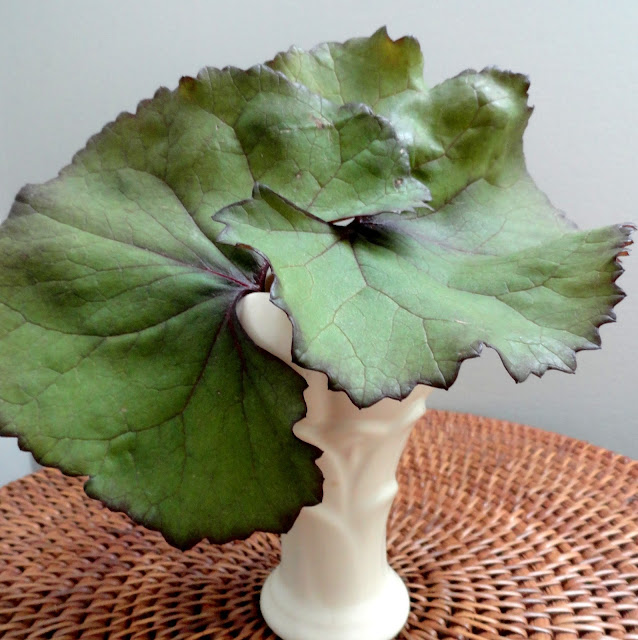 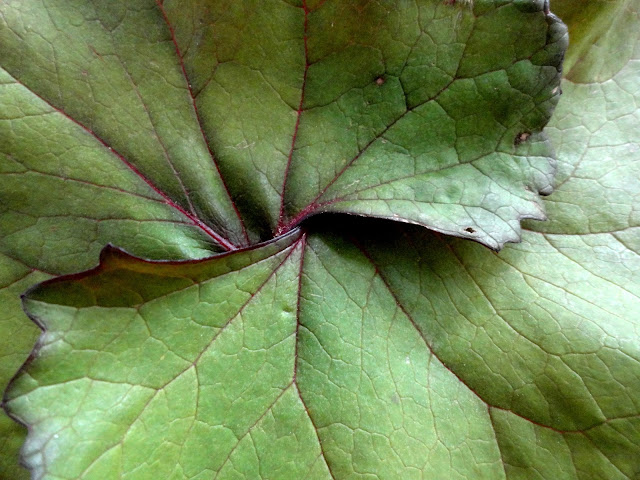 And those colorful backsides are easy to see in a vase. 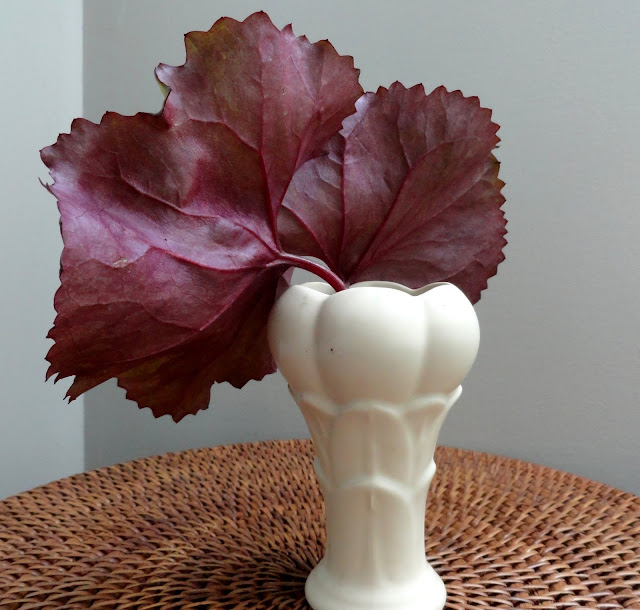 Here three Syneilesis aconitifolia leaves are joined by a bit of vine left over from last week's vase. 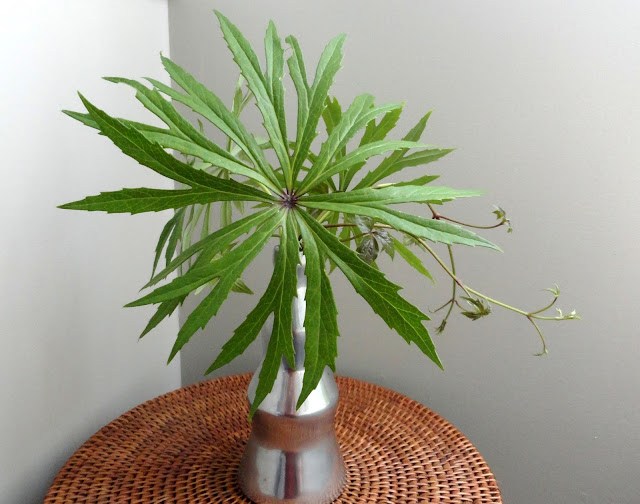 Here's the patch the leaves came from. 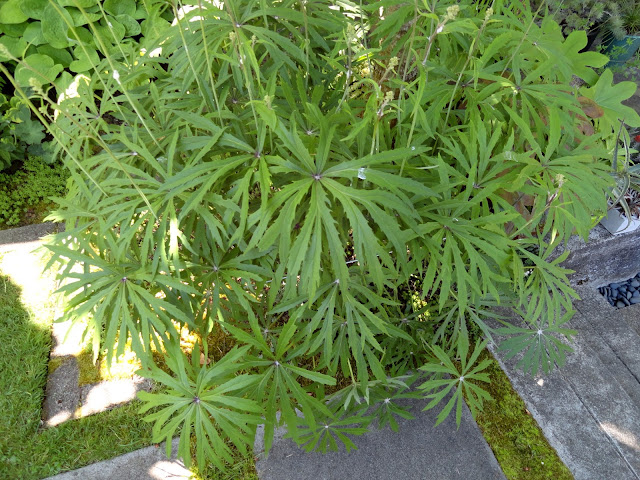 As summer wears on they start to droop a little and get in the way of the walkway leading to the patio. And yes I realize it's only May – not yet summer – but it's been abnormally warm and we seem to have started our dry season a little early this year. 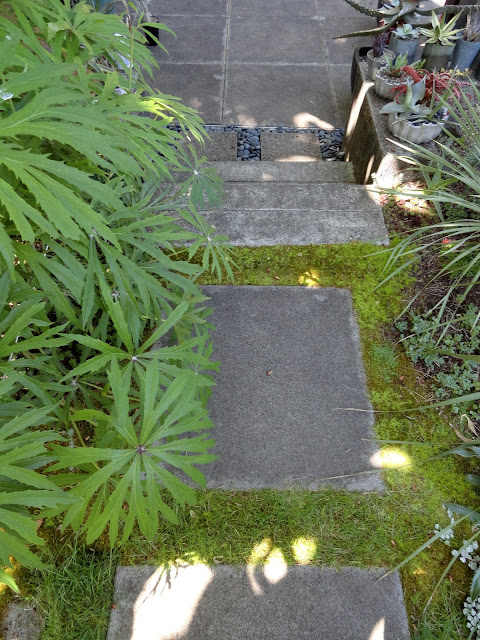 Before the Green on Green tour last August I made this little support to keep them from getting trampled. 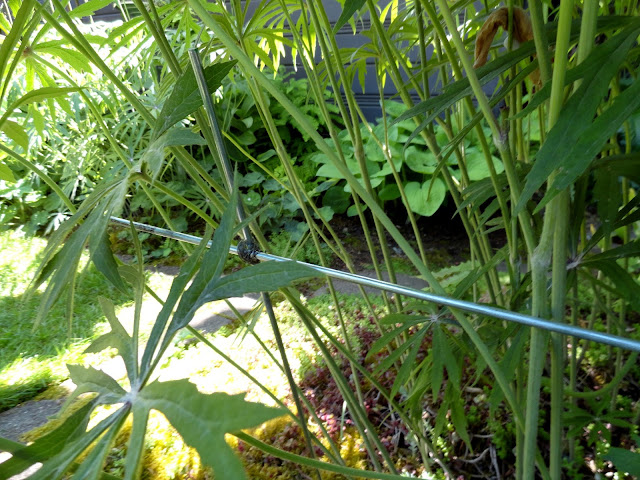 It was time to pull it out and put it to work again, but in doing so I broke a couple of stems. 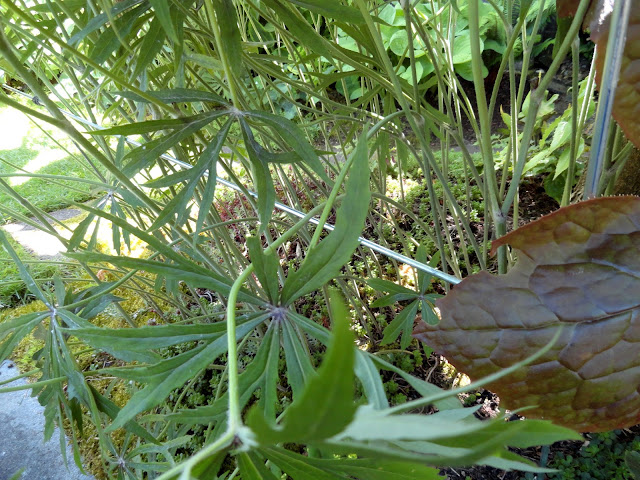 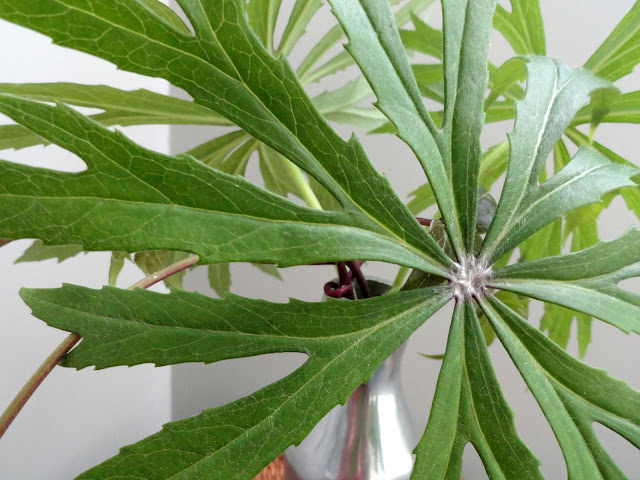 On the dining table. 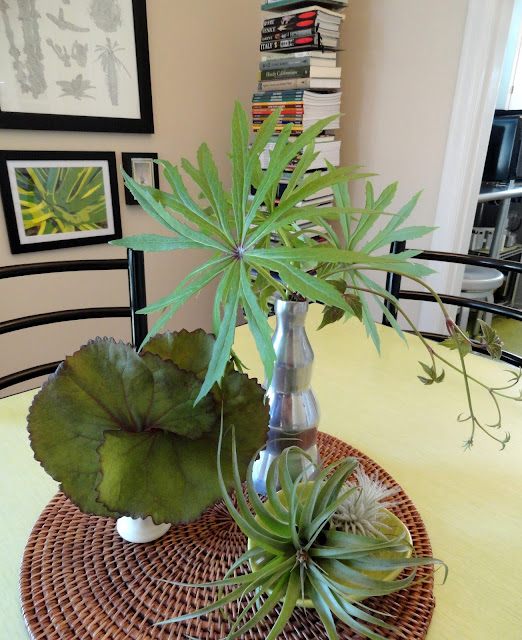 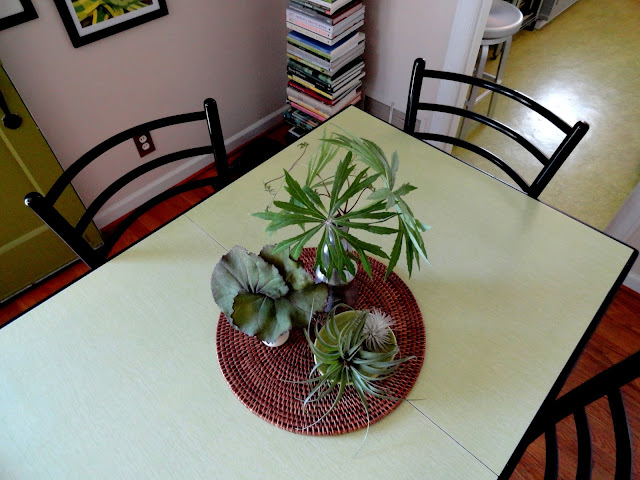 This vase is filled with Grevillea australis prunings. 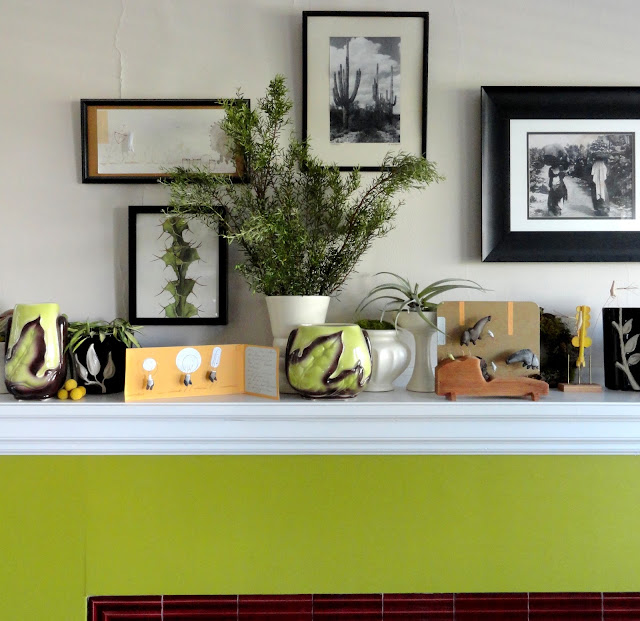 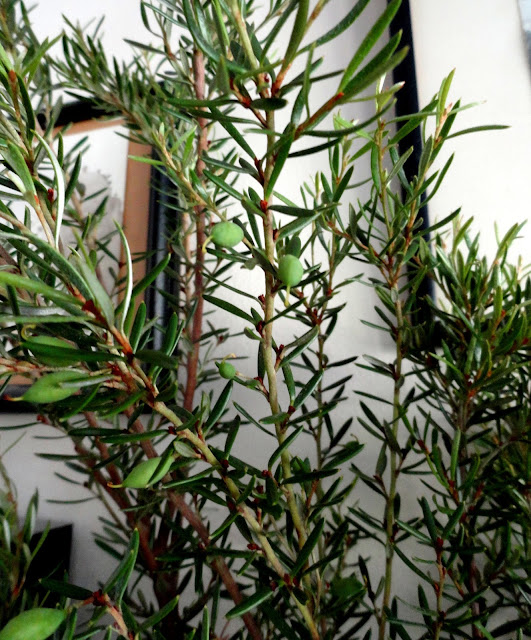 This one is driving my husband a little crazy ("I shouldn't have to fight the shrubbery to make coffee") and I could have been more artful with the display but hey... 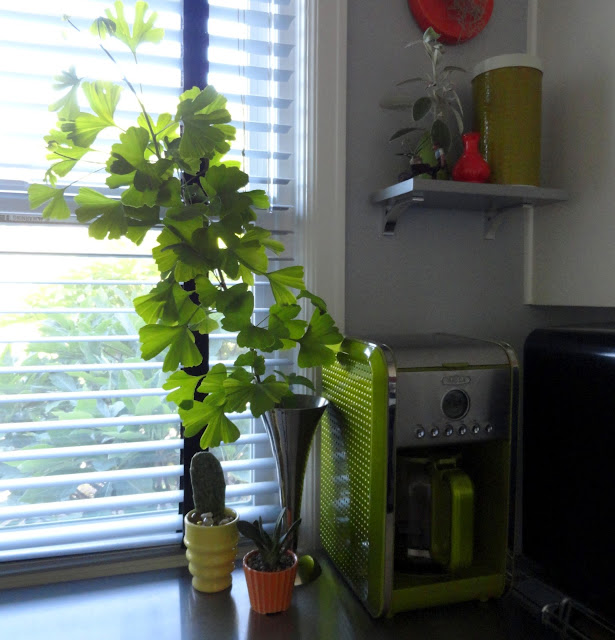 It's a variegated Ginkgo so it's pretty gorgeous all by itself. 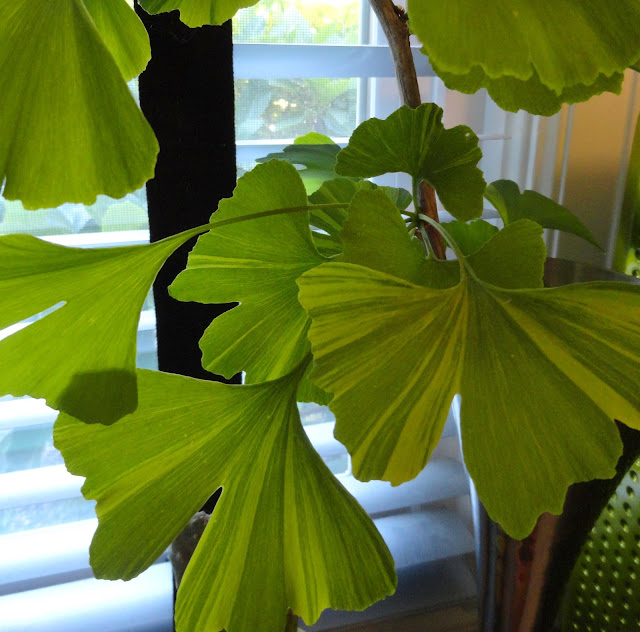 Finally I had to share my Mother's Day card. Isn't that the best? 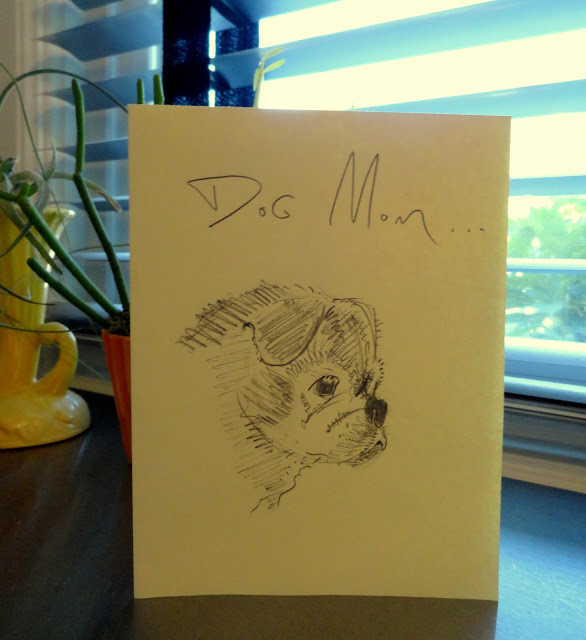 Almost as cute as the real thing. Oh and speaking of "the real thing", visit Rambling in the Garden for the round up of Monday garden vases, no doubt ones with real arrangements... 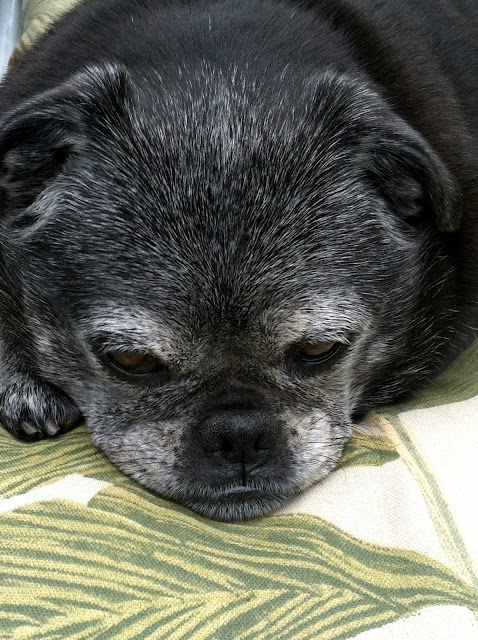