The Road from Coorain, a book recomendation

Unfortunately I don't manage to read many books these days, but when I do they're usually garden related. When we left for Los Angeles last December I had just purchased Oaxaca Journal by Oliver Sacks. I was thrilled to dig in, but unfortunately it's a fast read. Fabulous, but fast. 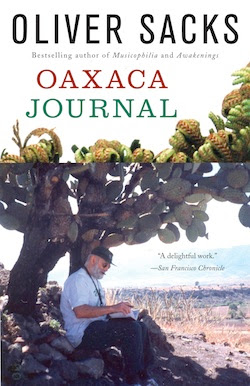 Later the same day as our visit to Jo's Australian Native Plants Nursery we ended up at a used book store on Main St. in Ventura, CA. I happened to pull a copy of The Road from Coorain, by Jill Ker Conway from the shelf. As I do when I have no knowledge of a book I just flipped to a random page and started to read. Just that quick I was hooked and turned back to start from the beginning, and then of course bought the book. 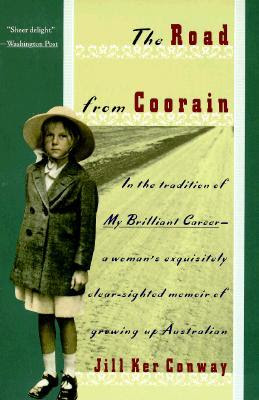 The author is from Australia and writes about her childhood and on through her teen years. While this is not a gardening book per se, Ms. Conway is a keen observer of her surroundings and writes about her Australia, including her mother's garden and the farm she grows up on. Later when she travels the world there is garden talk, enough to whet my appetite but no so much as to bore the average reader. What I found most remarkable was reading about the severe drought conditions in Australia while seeing the evidence of them all around me in Southern California.

From the book: "The primal force of the sun shapes the environment. With the wind and the sand it bakes and cleanses all signs of decay. There is no cleansing by water. The rivers flow beneath the earth, and rain falls too rarely. In the recurring cycles of drought the sand and dust flow like water, and like the floods of other climates they engulf all that lies in their path. Painters find it hard to capture the shimmer of that warm red earth dancing in the brilliant light, and to record at the same time the subtle greens and greys of the plants and trees. Europeans were puzzled by the climate and vegetation, because the native eucalyptus trees were not deciduous. The physical blast of the sun in hot dry summers brought plants to dormancy. Slow growth followed in autumn, and a burst of vigorous growth after the brief winter rainy season. Summer was a time of endurance for all forms of life as moisture ebbed away and the earth was scorched. Winter days were like summer in a northern climate, and spring meant the onset of unbroken sunshine. On the plains, several winters might go by without a rainy season, and every twenty years or so the rain might vanish for a decade at a time. When that happened, the sun was needed to cleanse the bones of dead creatures, for the death toll was immense."

Later as she reflected back upon her parents, and the way they lived their lives, she wrote: "My parents, each in his or her own way, had spent the good things in their lives prodigally and had not been careful about harvesting and cherishing the experiences that nourish hope. I was going to be different." I had to read that a few times to really let it sink in. That's really what it's all about don't you think? Harvesting and cherishing the experiences that nourish hope?

I was deep into The Road from Coorain when we drove from Ventura to Thousand Oaks, CA, to meet up with family on Christmas Eve. On the freeway we passed a picturesque old farm, obviously not a working farm any longer. There was a hand painted sign hanging on one of the buildings "pray for water" I wish I had been able to snap a photo, it was a powerful image.

While I am fortunate to live in a part of the world that has ample rainfall we're still dealing with changing climate. Last summer was a dry scorcher and already this year we're setting high temperature records (we are experiencing the warmest spring on record here in Portland). We also seem to have entered our dry season about two months early. Tomorrow I'll write about my visit to the Ventura Botanical Gardens. While it's an ambitious plan it is also being held back by a lack of water.