Bocconia frutescens is my favorite plant in the garden, this week...

I started my "favorite plant" feature back in 2012 because a particular plant was looking extraordinary and I wanted needed to share it with my gardening friends. Walking in the back door the other day I happened to glance at the Bocconia frutescens and realized, "damn! That plant is looking fine"... thus it's being "fav'd"... 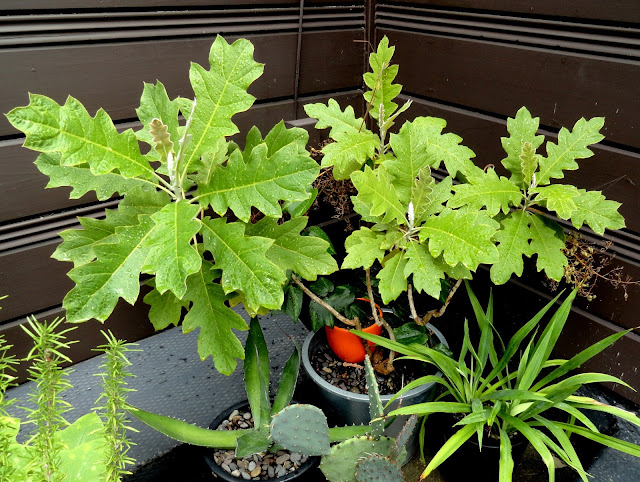 The front of the leaves are such a bright happy green, but the backs - with their white powdery flocking - are knock-outs! 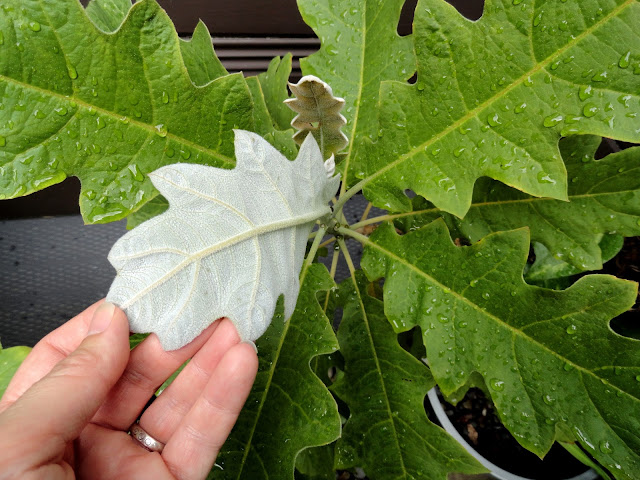 Here's what this same plant looked like in January of 2014. 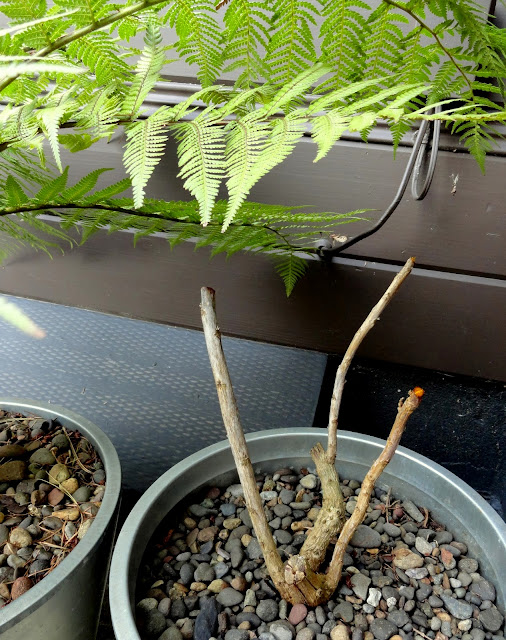 It spends winter next to the back door so in case of a cold-snap I can bring it inside quickly (it's only hardy to 25F-ish). But that particular year temperatures dropped without warning and BAM! no more foliage. I was afraid the whole thing was dead and cut it back hard. It later responded with new growth but didn't look particularly nice for all of 2014 - that's probably why I never bothered to move it into the garden this year - it's spent summer by the back door. 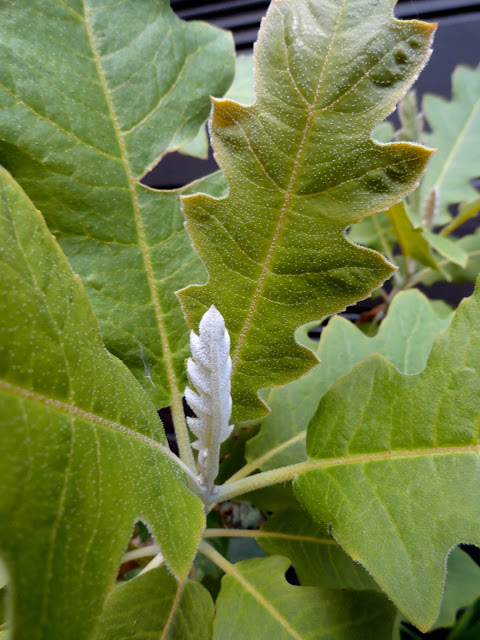 That location meant plenty of water since the veggies grow there too. I think it likes the water along with our summer heat. 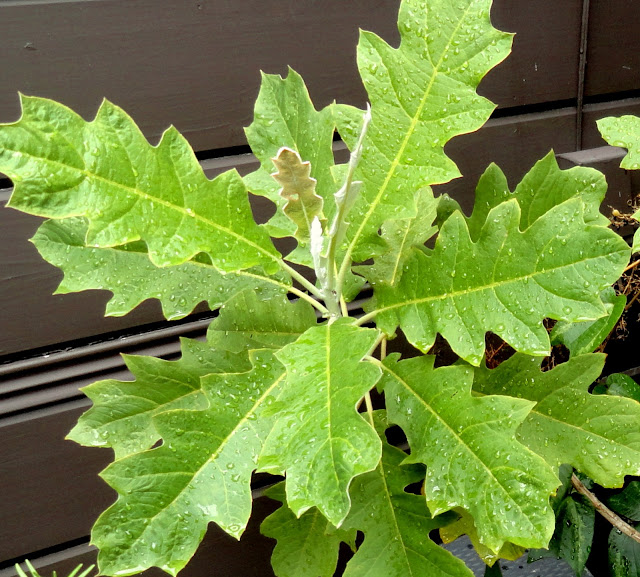 The darn thing produces copious amounts of seeds. I've had many germinate in the container itself, but have had difficulty removing them and potting them up to live on elsewhere. 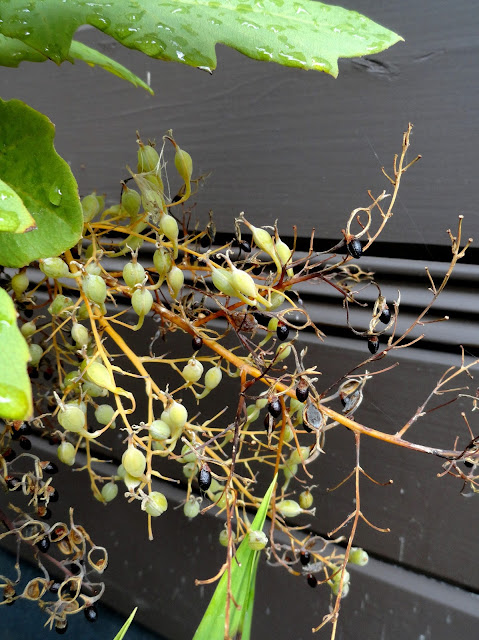 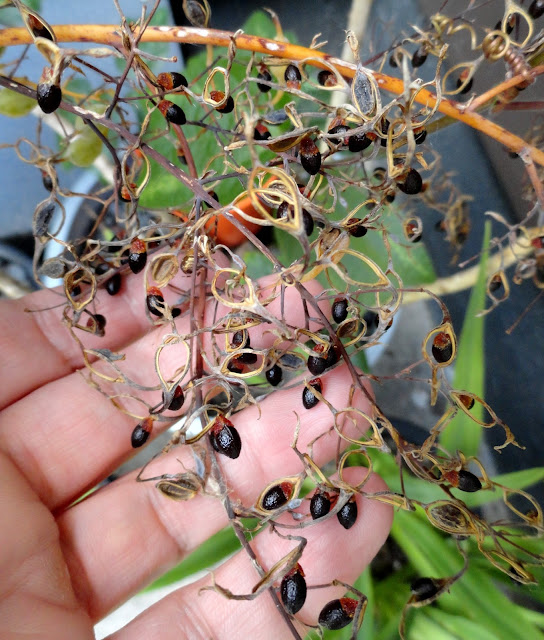 I'm just happy to have it alive here, in a container... 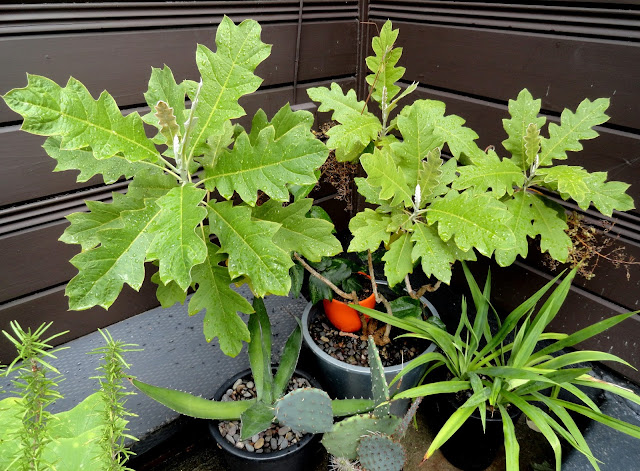