In a Vase on Monday, the "Goodbye Neighbors" edition

These (sad, yet beautiful) Hydrangeas grow along our driveway, in a narrow strip of land that belongs to the house next door. With modern zoning and setback regulations this scene would not be repeated in current-day building practices. So as it is they never see the plants and I occasionally feel sorry for them and toss a little water their way. Or not. My own garden is enough work. 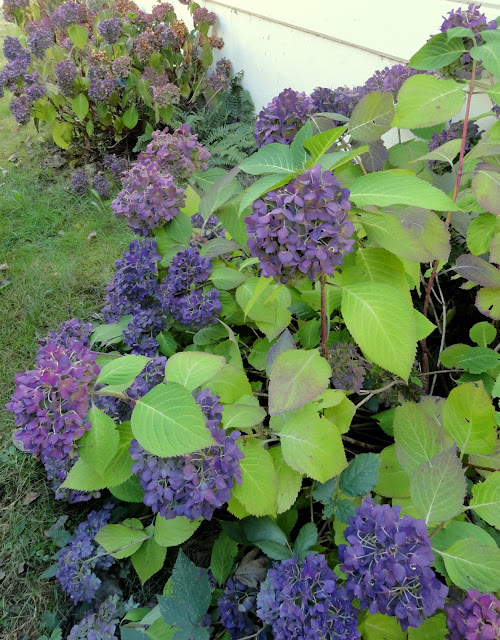 The owner of the home and the Hydrangeas has been away for several months, he's had a lovely couple renting from him, last weekend they moved across town. Moving is my worse nightmare, I hate it. Whenever I move one of the first things I do is to buy a few cut flowers, nothing makes a new place feel like home (or takes the focus off the chaos) like a bouquet. I decided a nice arrangement from around "their" old home would be just the thing for our (ex) neighbors to take with them, to welcome them to their new home. 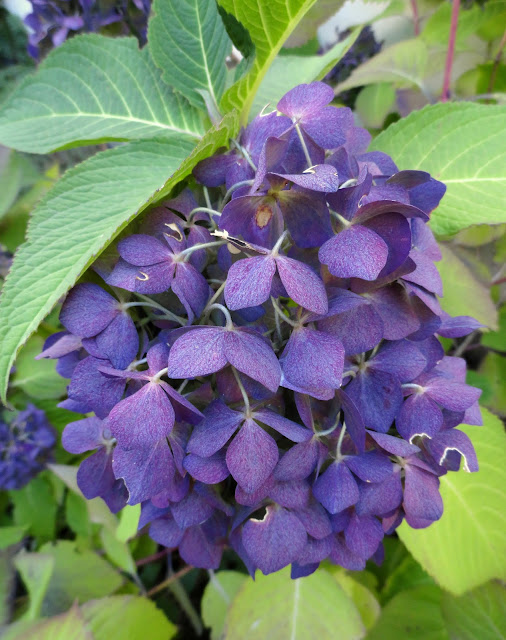 No doubt this volunteer vine is a garden thug, can anyone identify it? It's sprung up around the Hydrangeas and is working it's way forward to the front of the house. I did cut some to use in the vase. 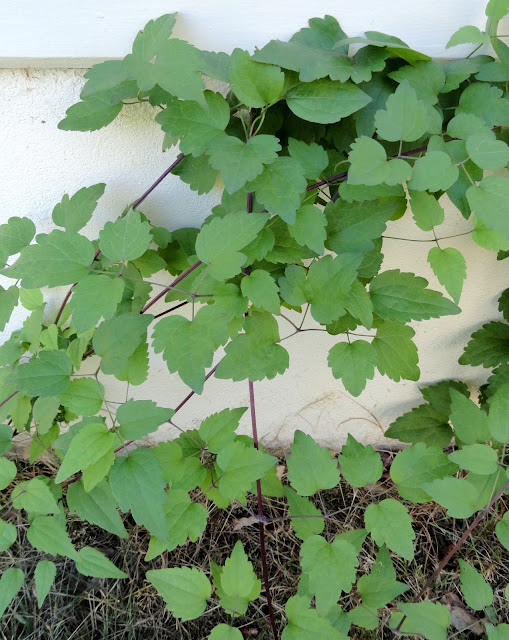 Well, not so much a vase really. This colorful Ball jar held the gift arrangements we were given at a "Field to Vase" dinner back in 2013. I thought the color would go nicely with the Hydrangeas, little did I realize I'd be stuffing that jar so full you wouldn't even be able to see it. 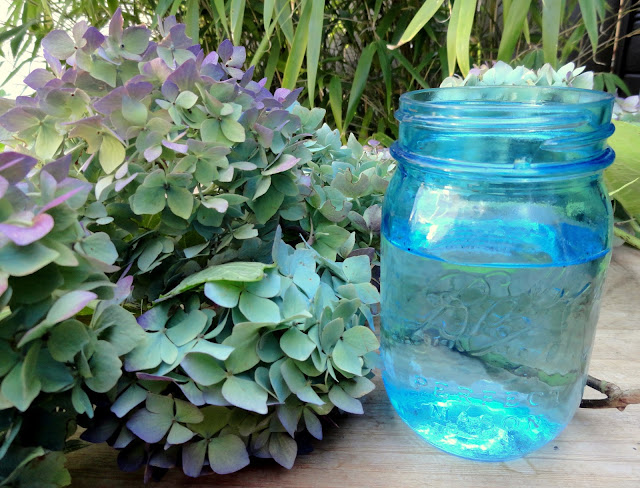 The tiny white flowers belong to Persicaria microcephala ‘Red Dragon’, I included a few branches thinking the dark stripe on the leaves would look good with the several dark Canna leaves I'd added. 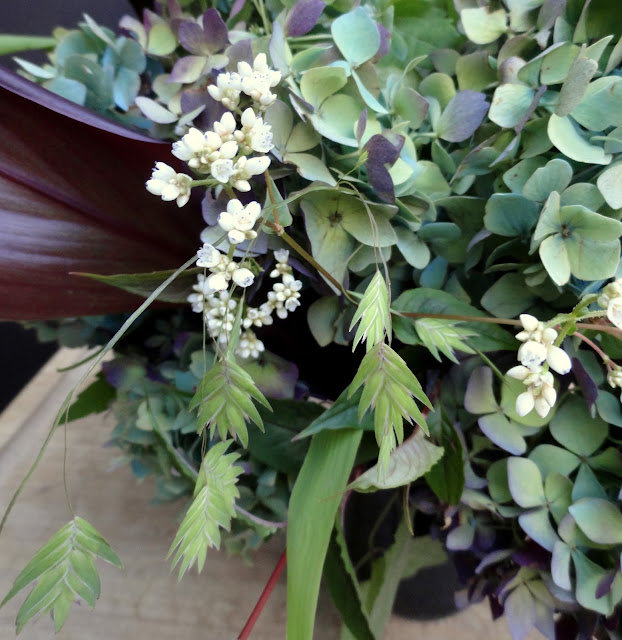 Instead they basically disappeared. 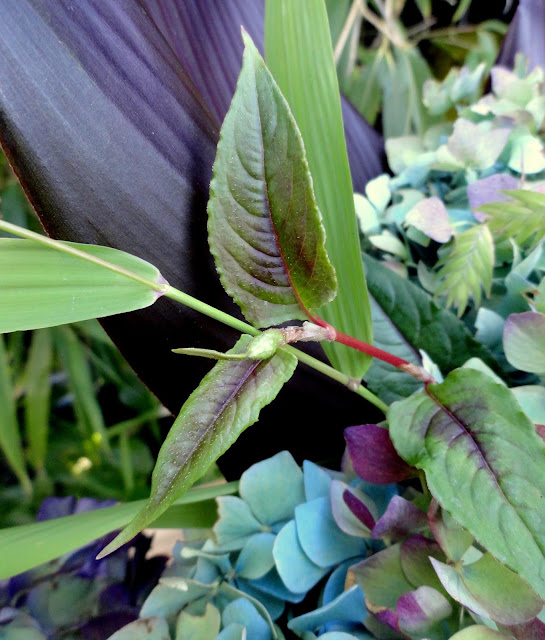 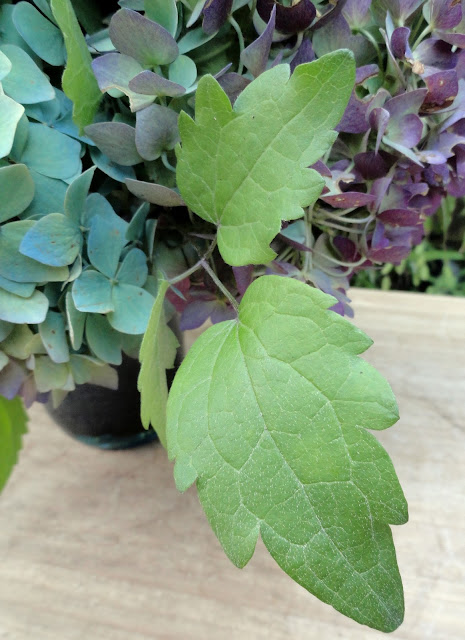 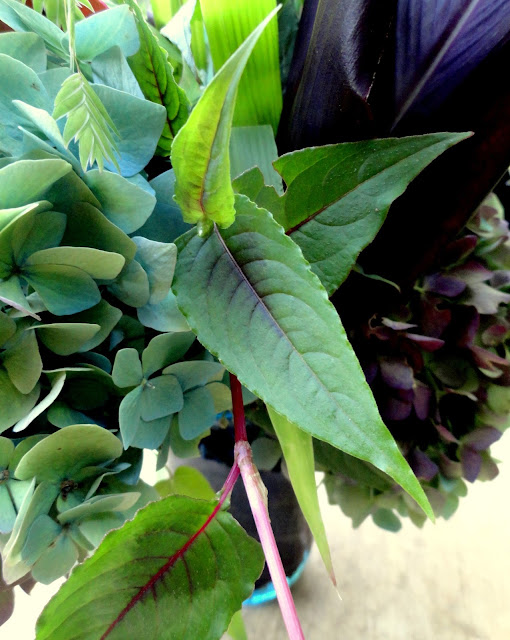 And the whole mess. I am not particularly thrilled with this creation. I needed something more substantial to balance the Hydrangea balls. I was on the right track with the Canna leaves but then got sidetracked. 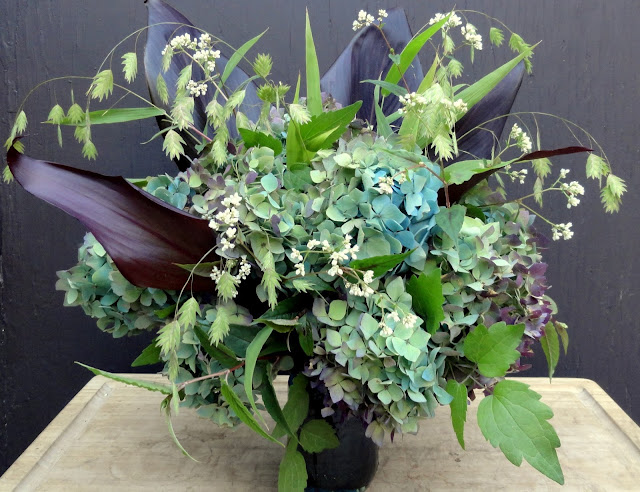 Knowing we wouldn't get a chance to say goodbye (and hand over the flowers) until the next day I brought the vase inside and stashed it in our "media room" (aka the second bedroom which we use for TV/computer). Shocking how different indoor lighting makes it all look! 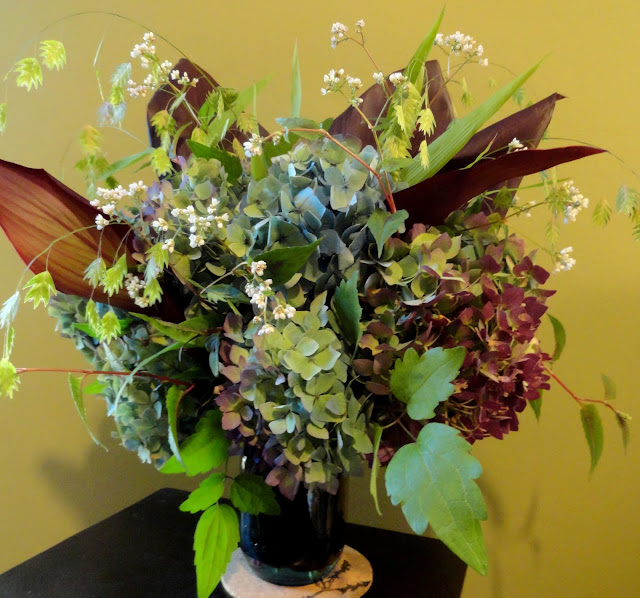 As much as I would have liked to re-make this one it was still nice to hand-off something to the moving neighbors. I should also add that as a infrequent contributor to the "in a vase on Monday" meme I am in awe of those who join up every single week. You're amazing. Always out there looking, cutting and creating. 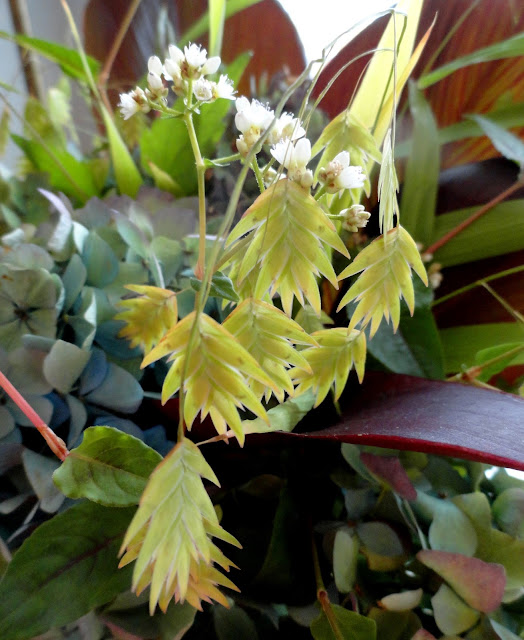 See all of this week's creations here: Rambling in the Garden. 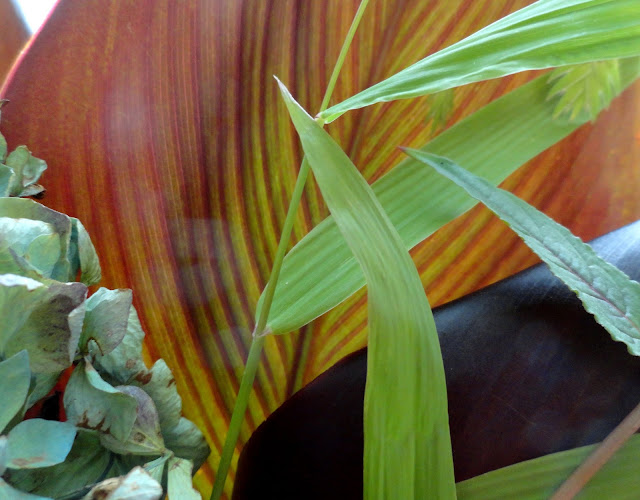