I almost called this post "the come back kid" but then decided to go with something a little more scandalous, or at least to try. So back towards the end of July when I declared the castor bean pictured below my weekly "fav" plant I was pretty sure it was going to be the reigning champion for size this growing season. 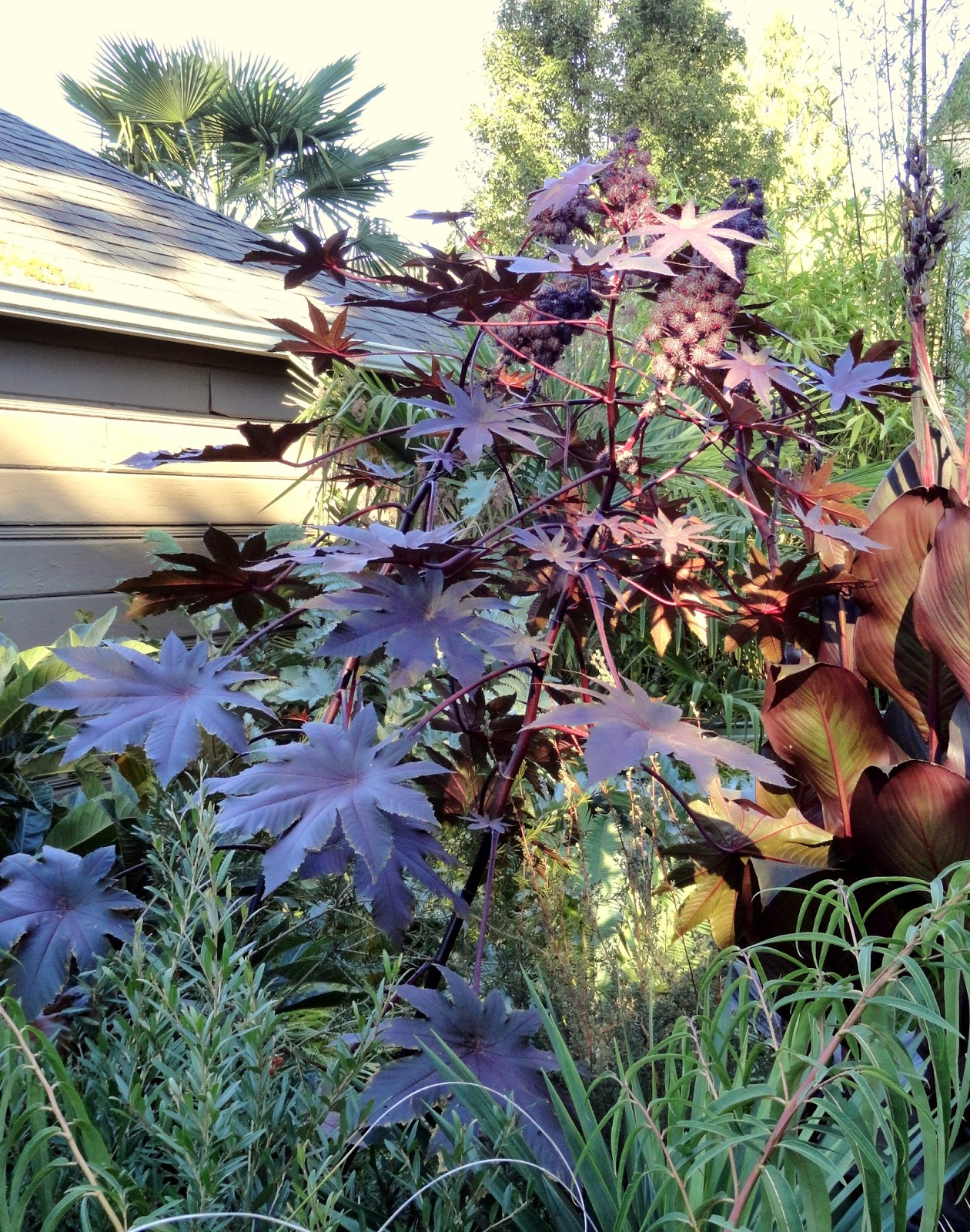 But ever since it bloomed (and look seed pods!) it's slown down. 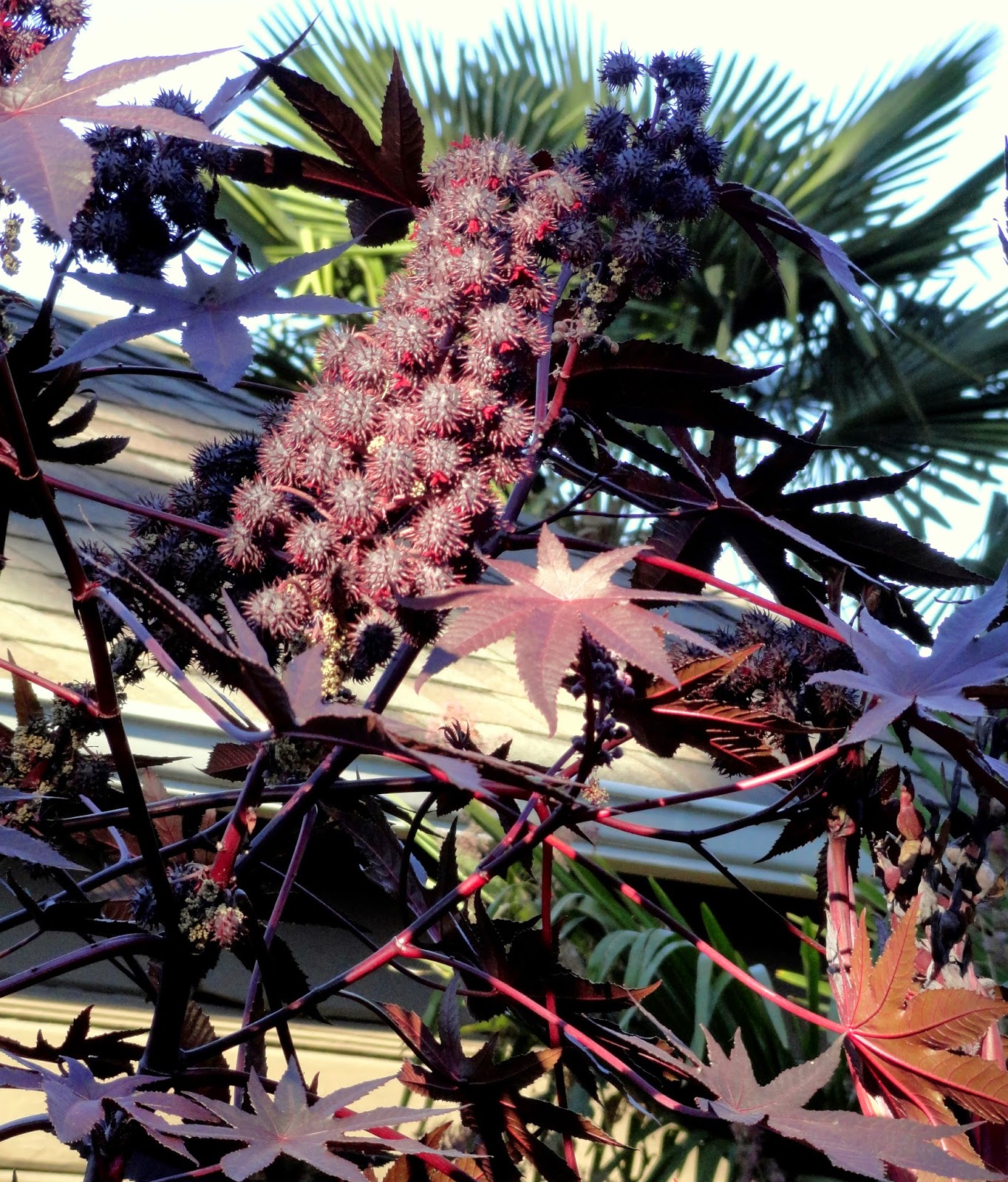 Where as this guy, who was under 10" then, has exploded and seems determined to reach the top of the fence and beyond. Right now he's almost 5ft tall, in just 2 months time he's grown that much! 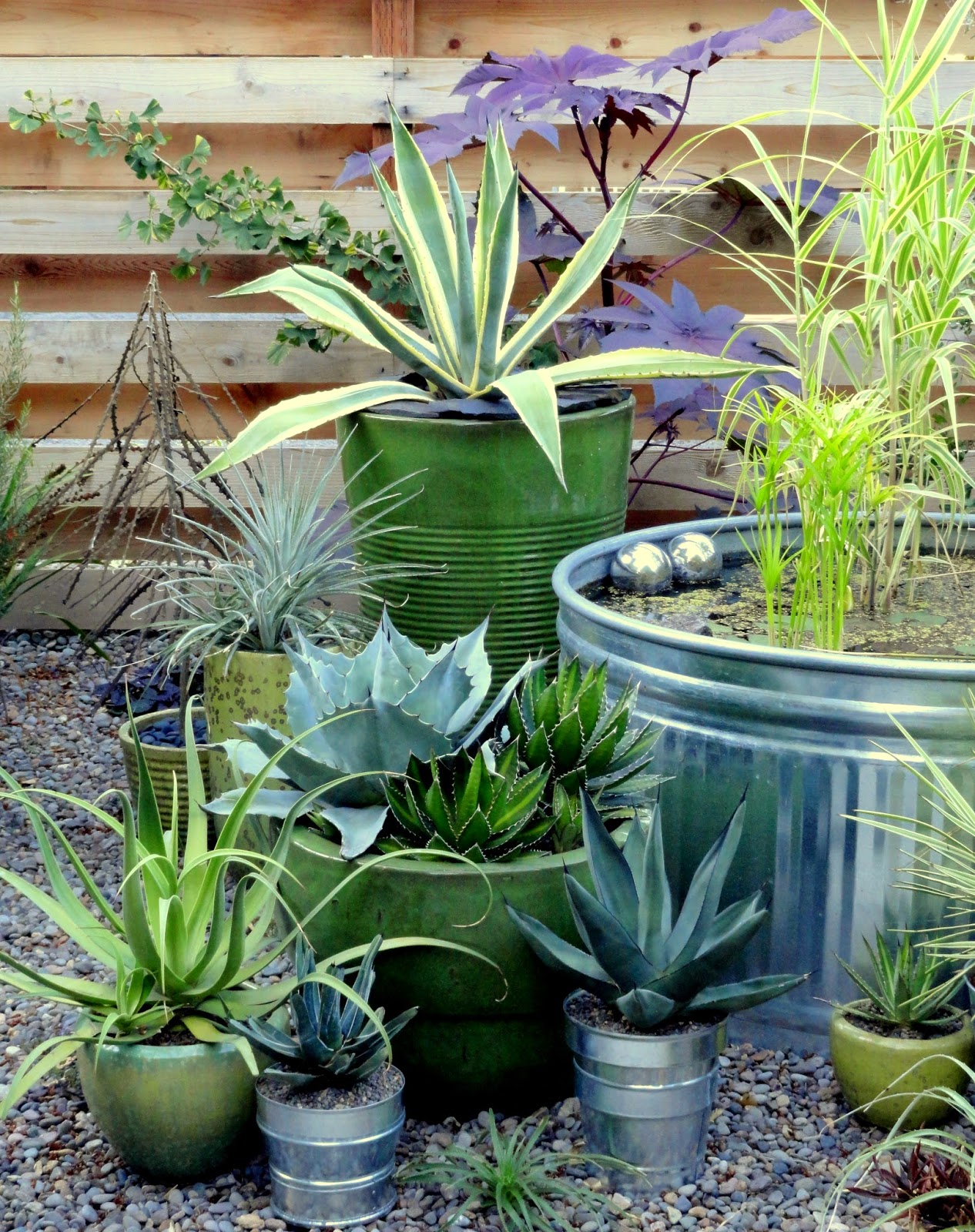 And that trunk, it's beefy, over an inch wide. It should be noted this monster is from seedlings given to me by Alison last spring. Alison your offspring is amazing, thank you! 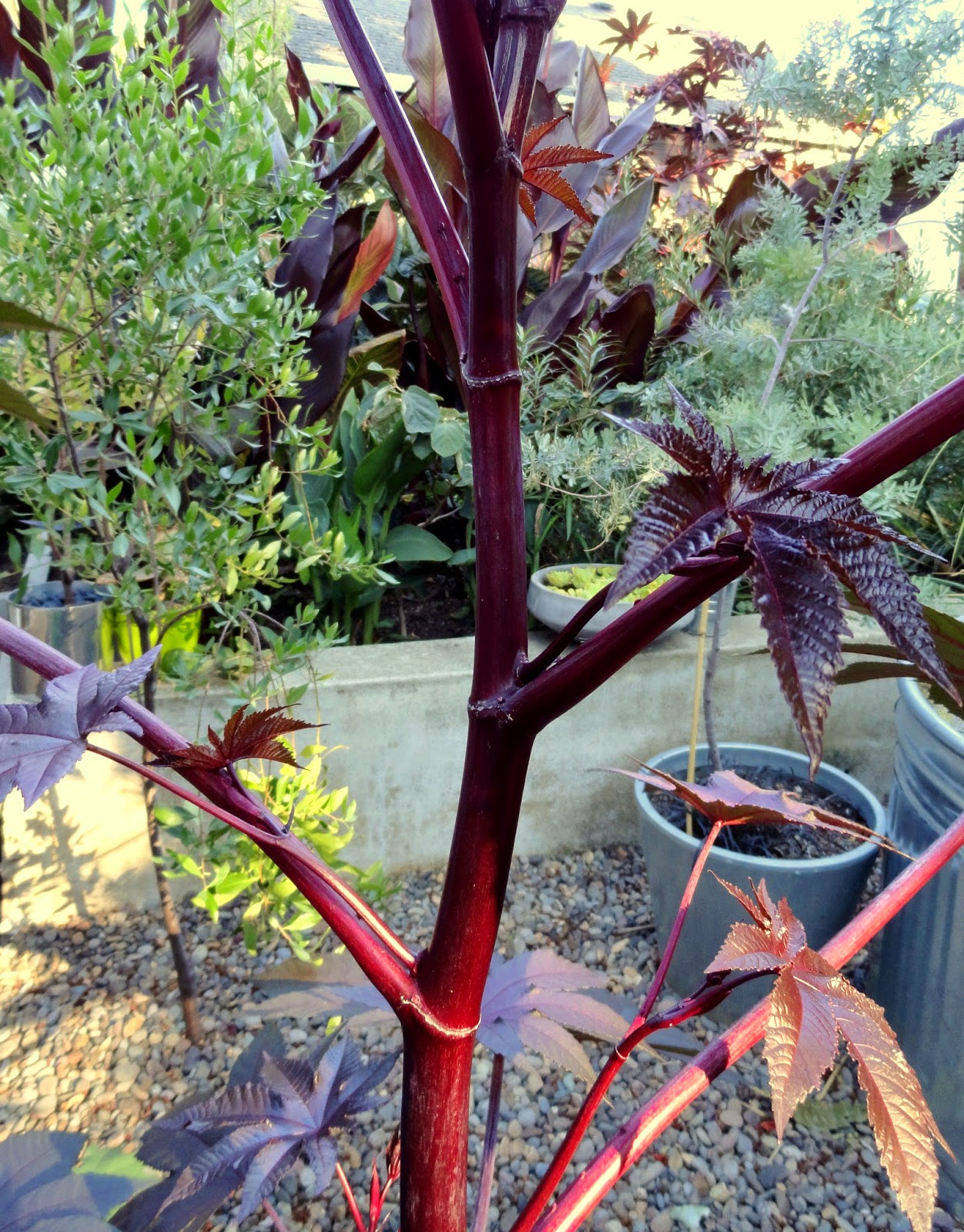 It's especially wonderful that the foliage is in a place I can see it up close. 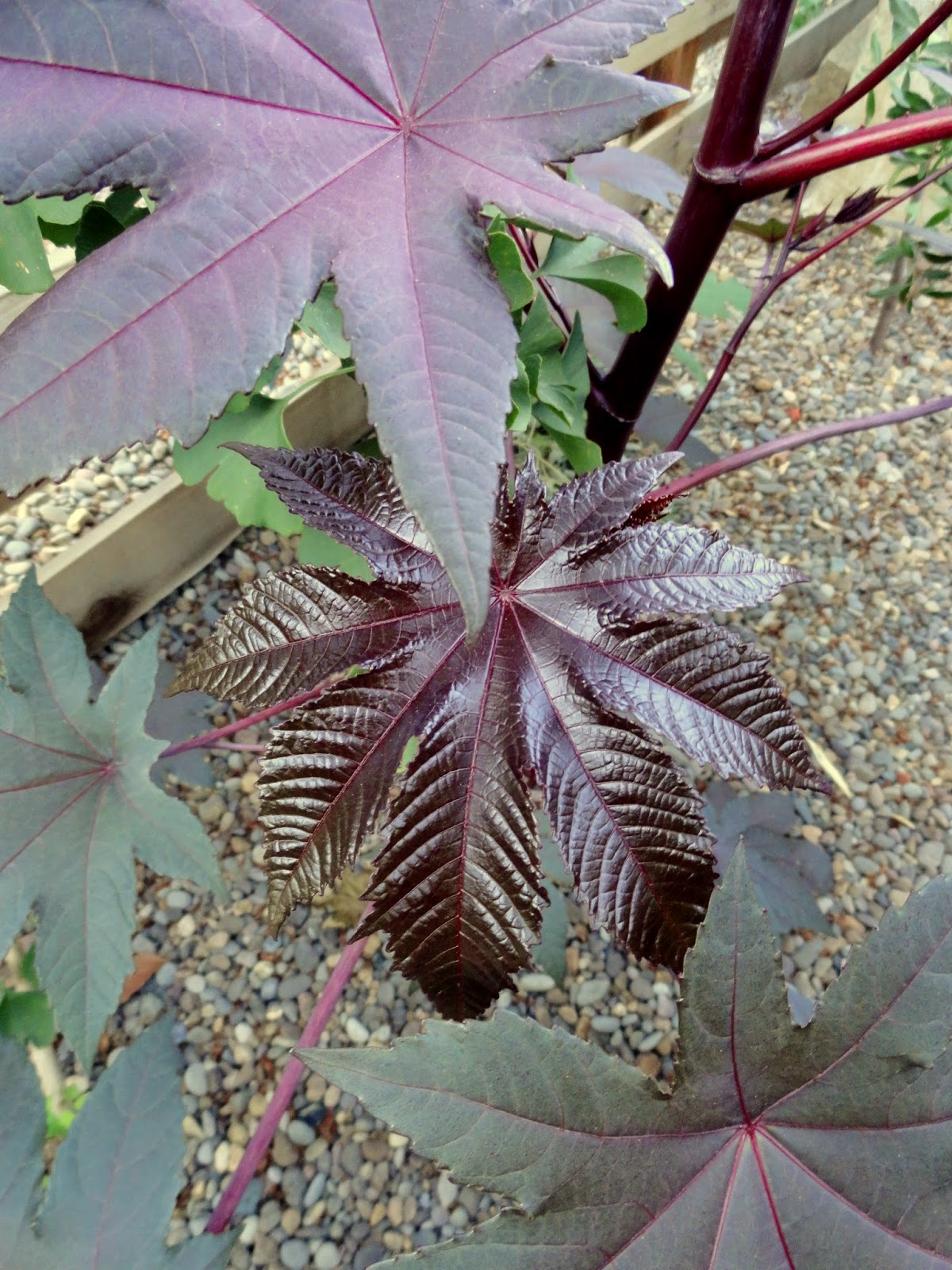 The three plants out in the front garden haven't grown much at all since the July post. Back then several people said increased water would do the trick, along with heat. The heat we've had and the watering has stayed pretty consistent between them all, in other words it alone shouldn't account for the growth spurt on the comeback kid. 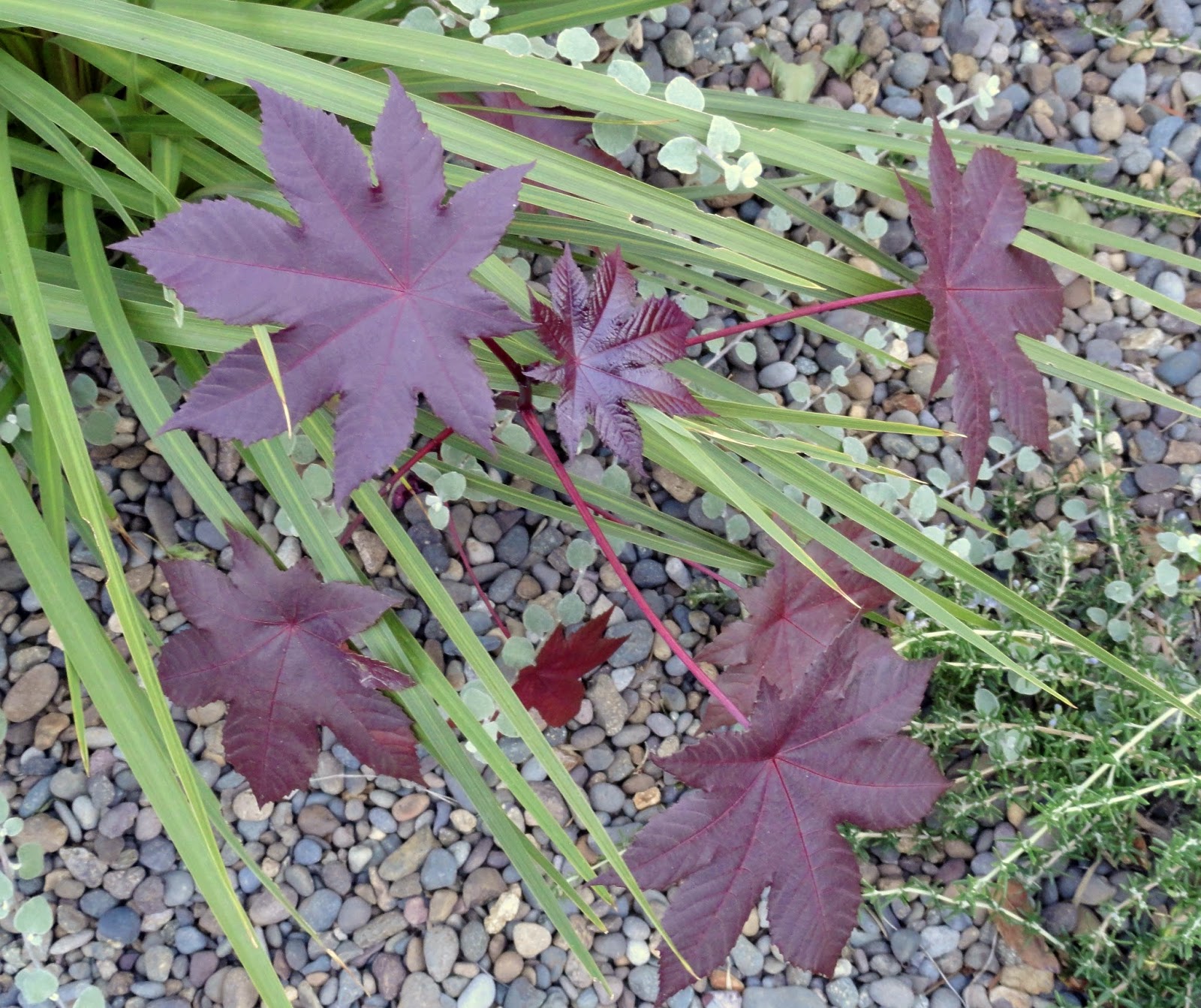 As you can see these two seedlings haven't grown more than a couple of inches. 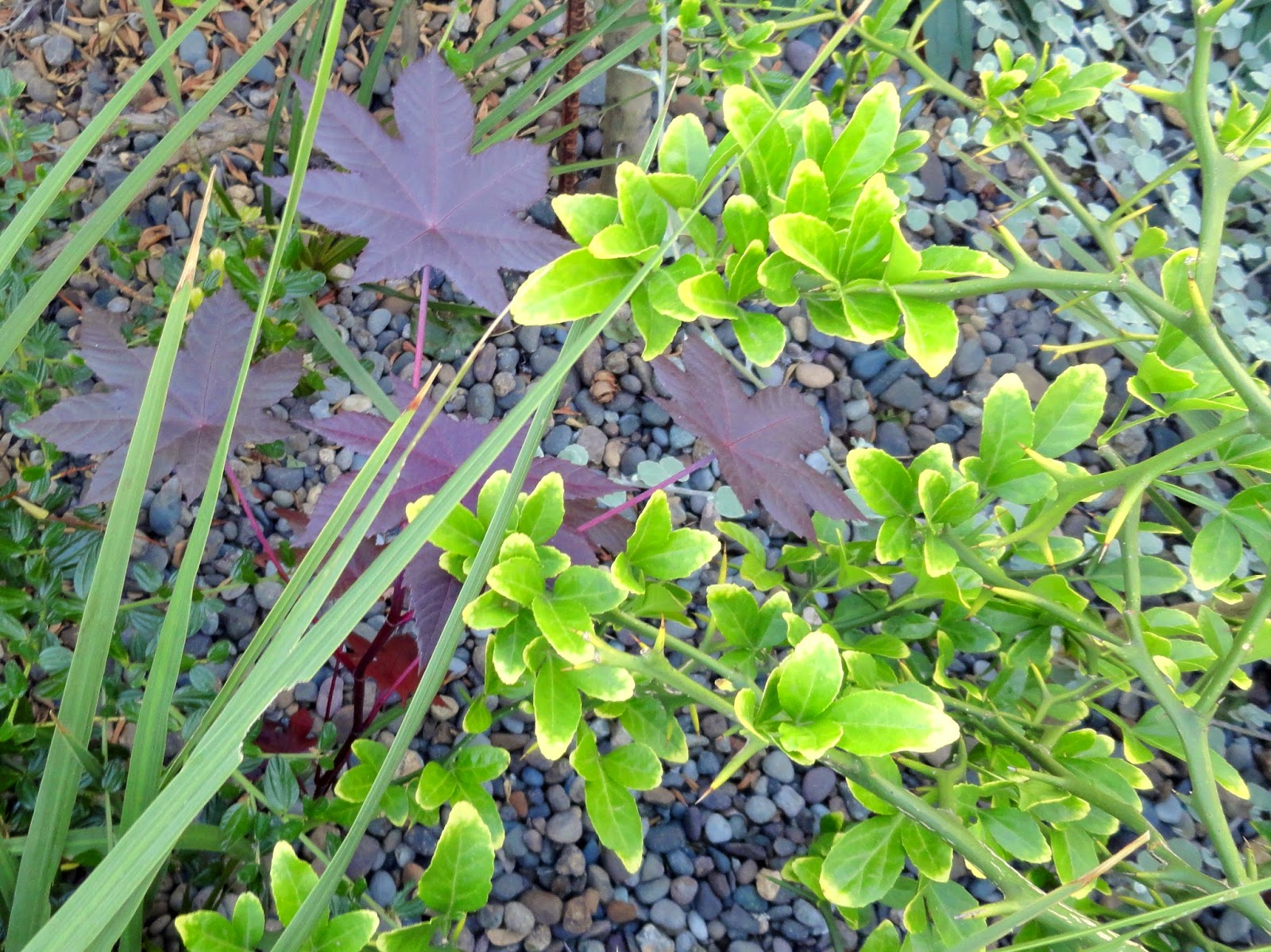 What's the difference? I'm going with Heather's theory that they grow to fill the space available to them. The one in the back garden had nothing encumbering it's march up and out, where as the ones out front had to contend with neighbors nearby. Whatever the reason I'm thrilled at this beefy Ricinus communis in my garden... 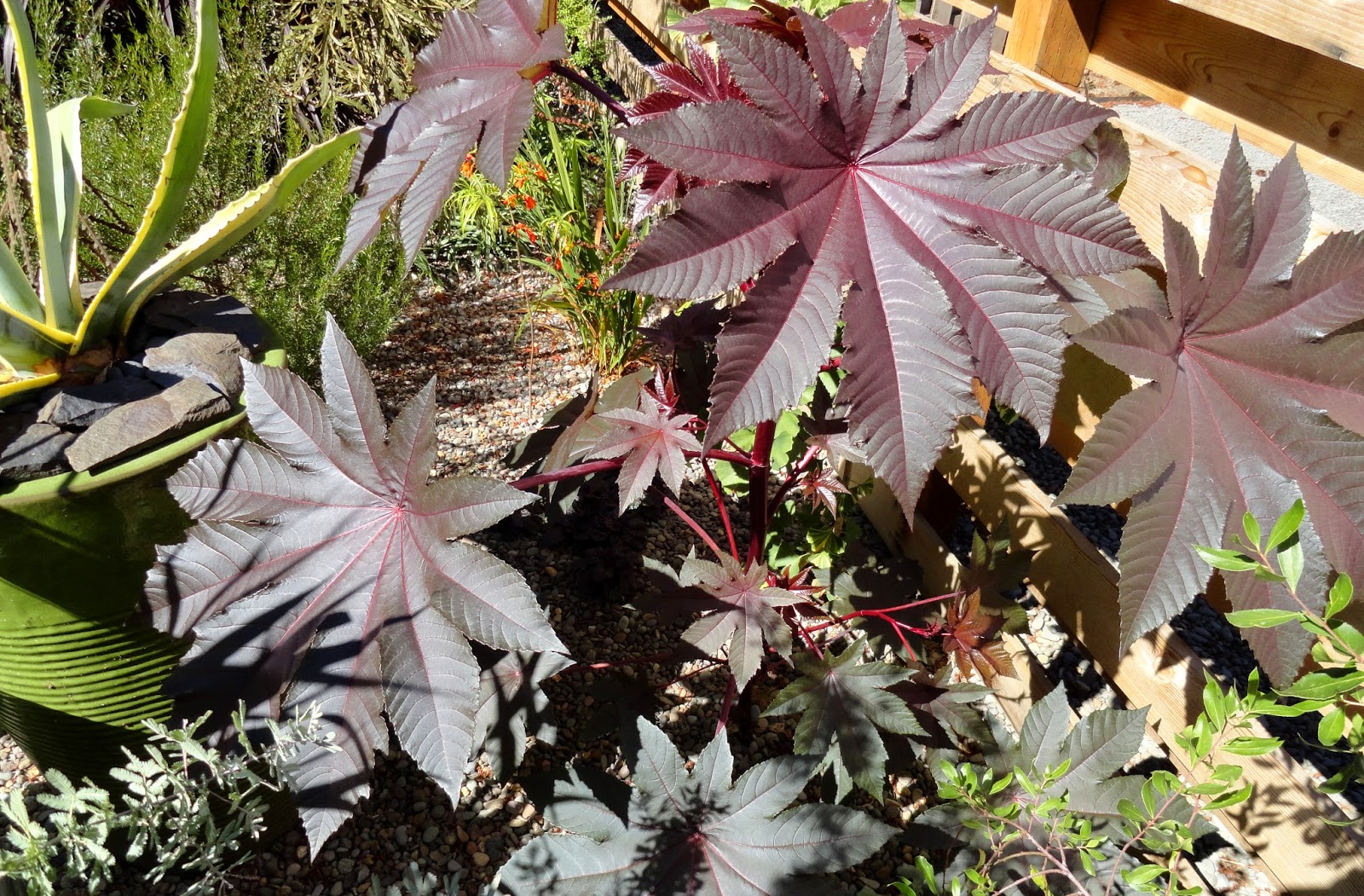