Echeveria elegans is my favorite plant in the garden, this week…

If I lived in a slightly warmer climate scenes like the one below would be repeated throughout my garden... 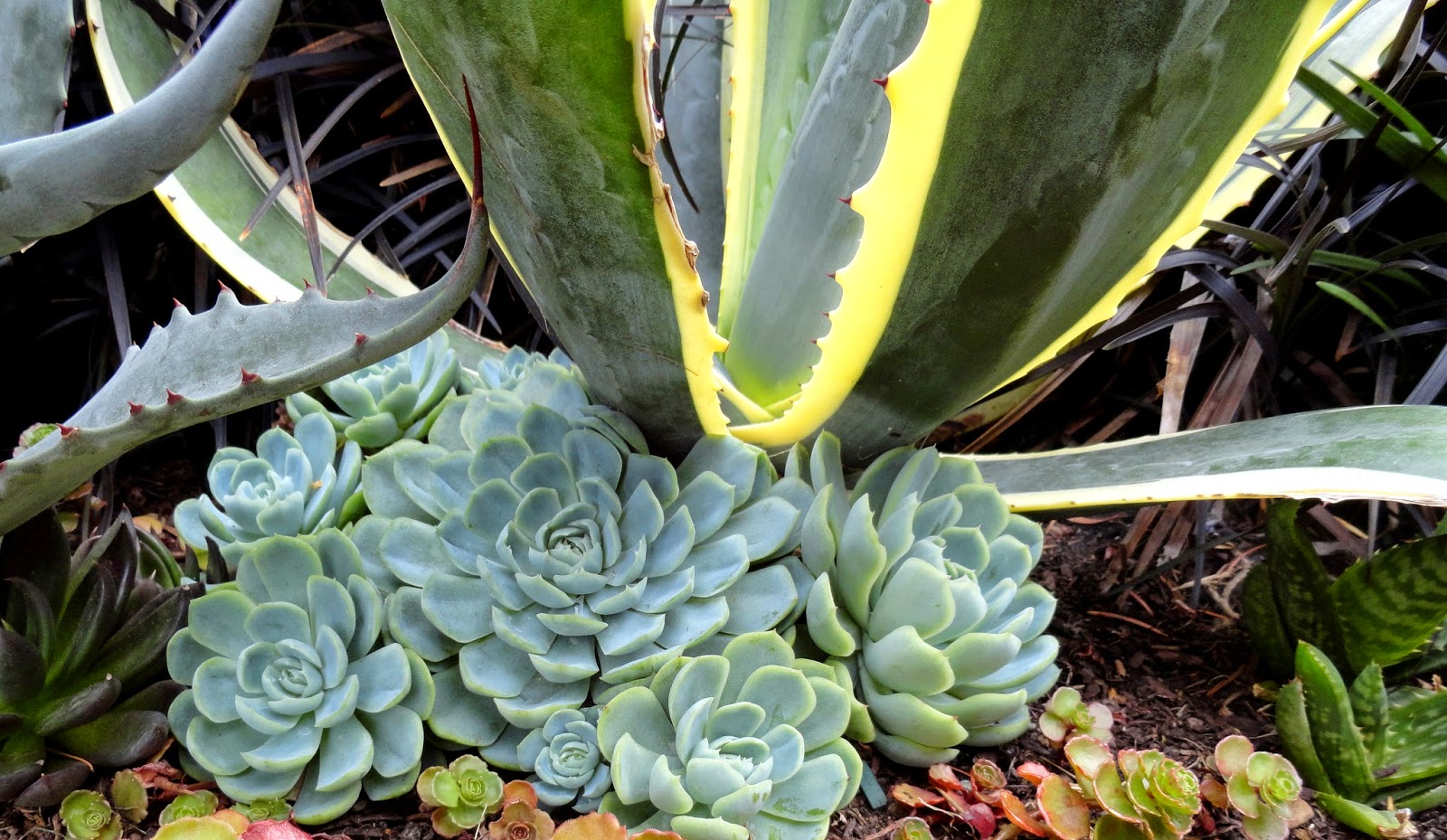 But since I don’t, they aren’t. And so I enjoy the couple I have, this one especially since it’s along the path I walk from the patio to the house... 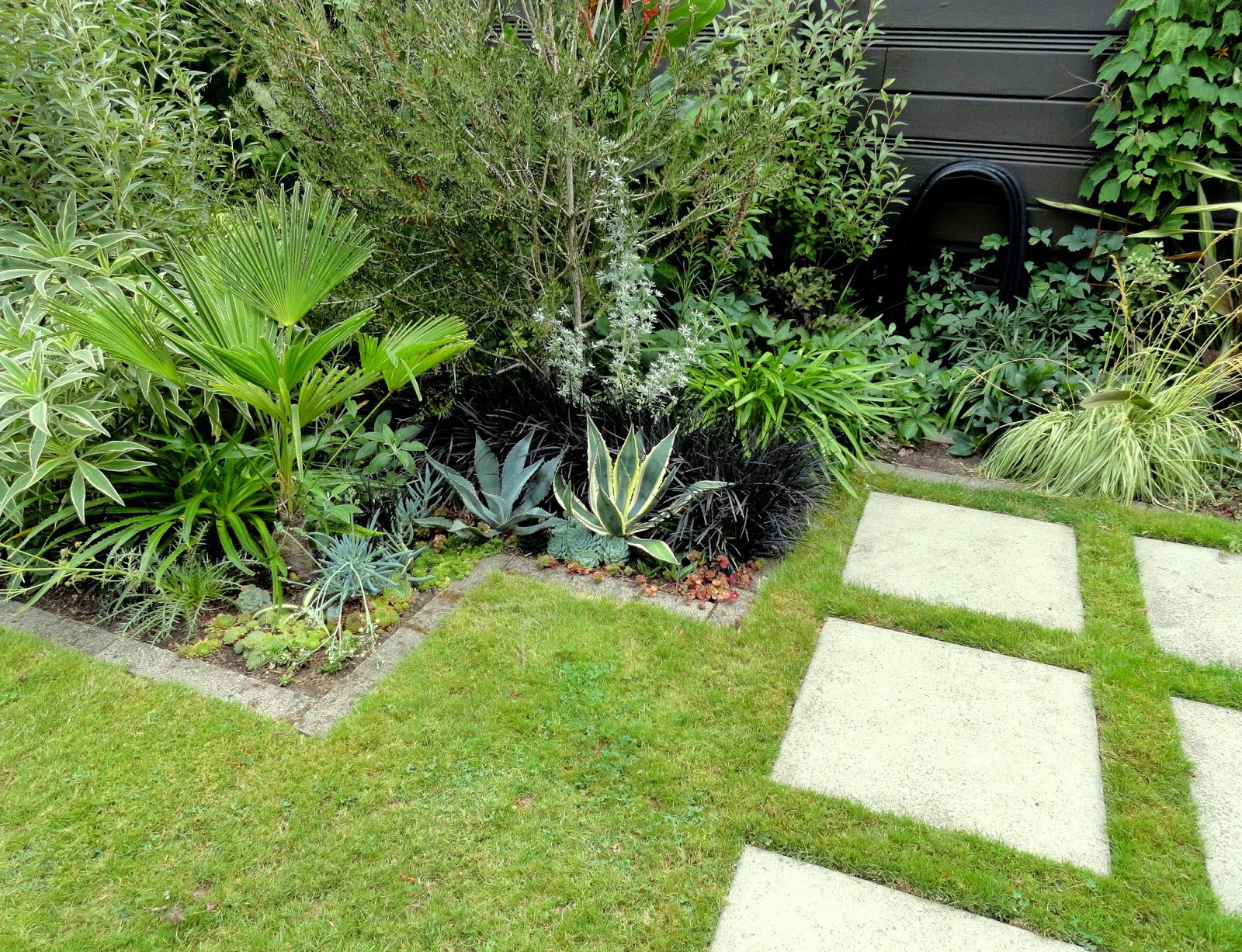 The agaves are always planted here for the summer, but this is the first year I've added the Echeveria elegans. I bought them at Cistus earlier in the year, if memory serves there were just two rosettes then. They've done exactly what I hoped they would, form a bit of a wrap around the base of the agave. Sadly the whole lot will be dug up in another couple of months, but be replanted in the spring. 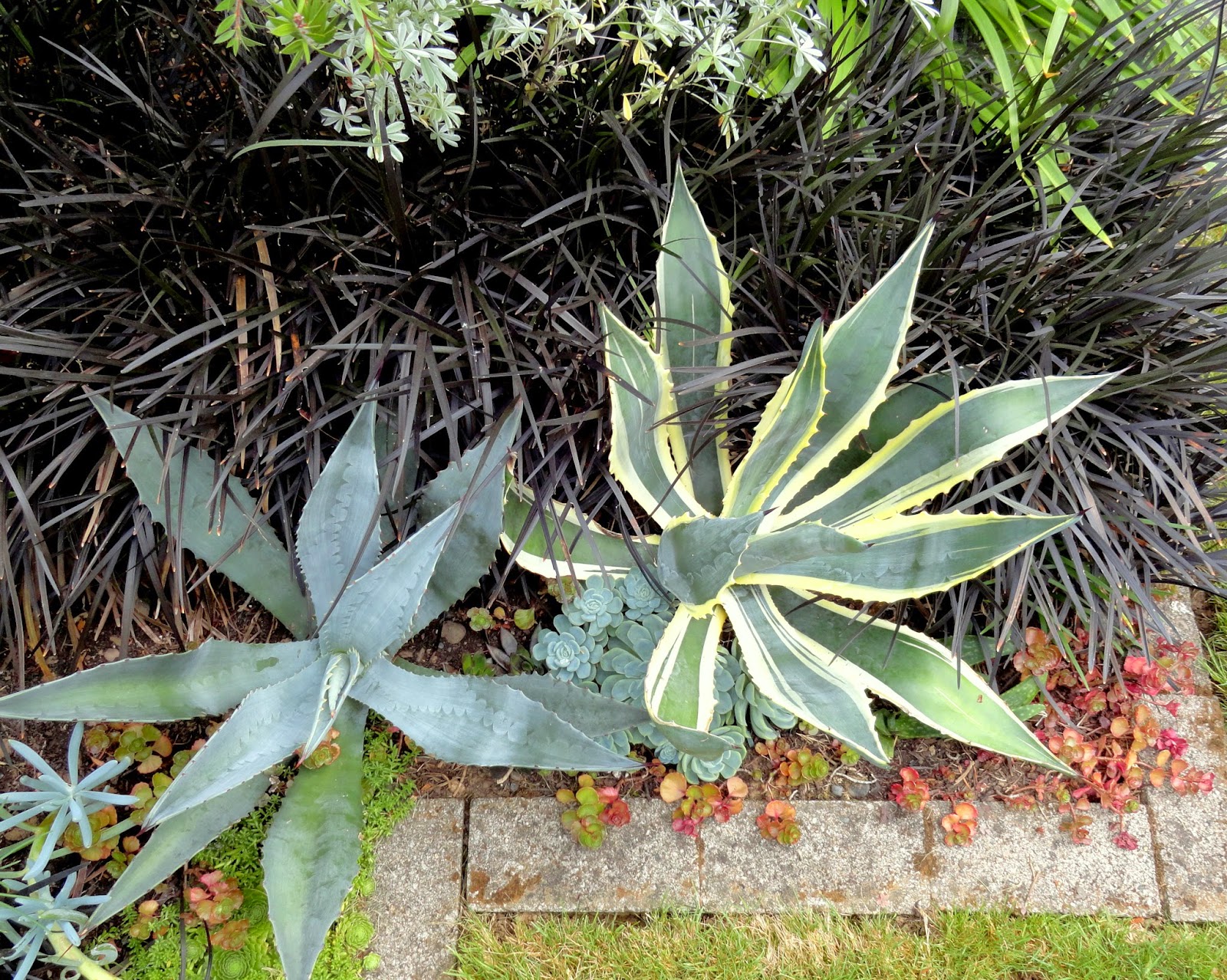 The Cistus description: “Echeveria elegans (Mexican Snowball) Dense, blue-gray succulent species from Mexico that mounds or spreads slowly in tight colonies. Edges of leaves are slightly pink, producing equally pretty small pink flowers with a yellow tinge. Very handsome and uniform in the garden. More cold hardy than many other echieveria hybrids, this one makes an excellent rock garden or container plant that needs occasional winter protection below 25 degrees. Drought-tolerant. Plant in part to full sun.” 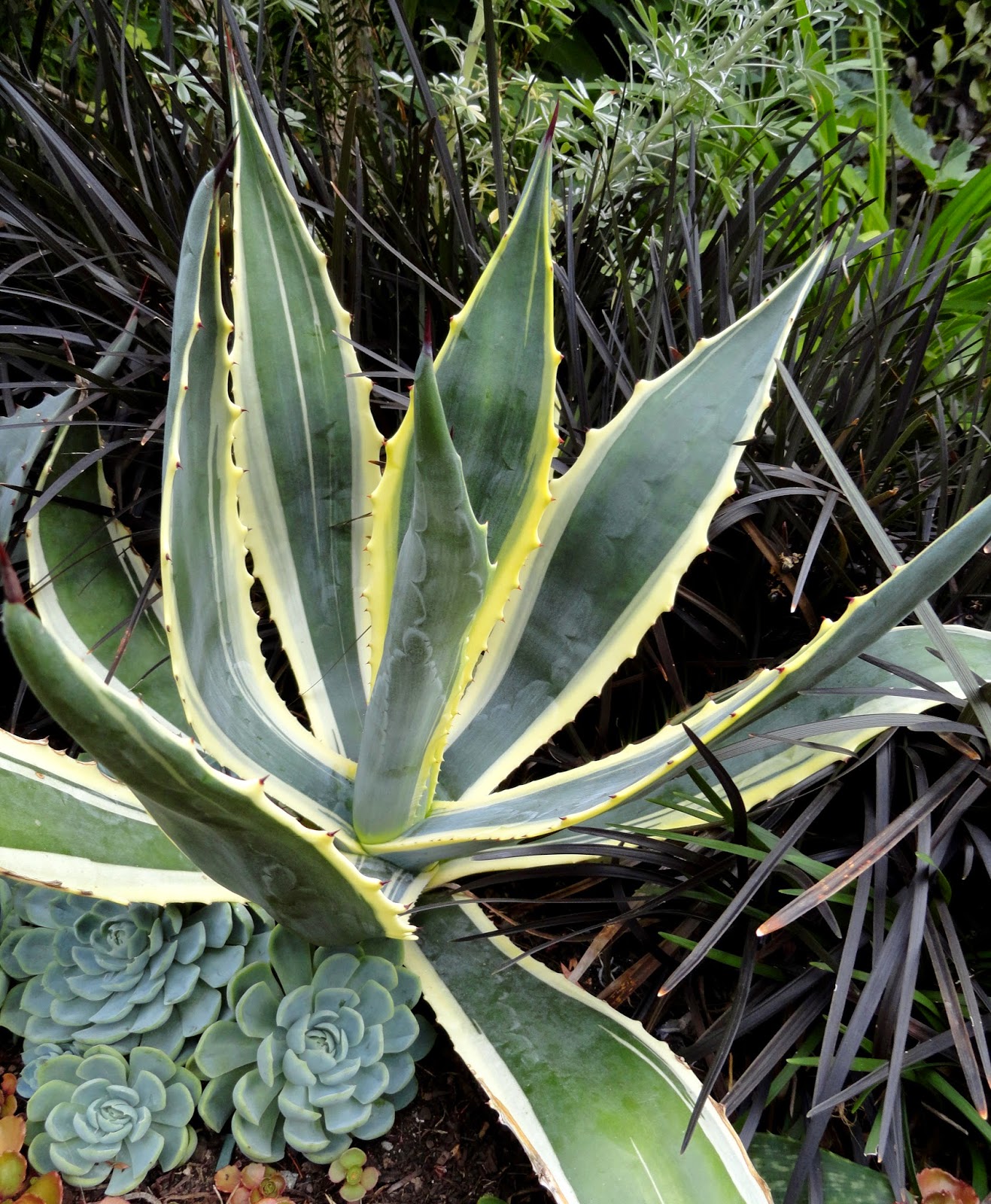 I love how their powder blue echoes the blue of the agaves. So...anything you're admiring in your garden this week? 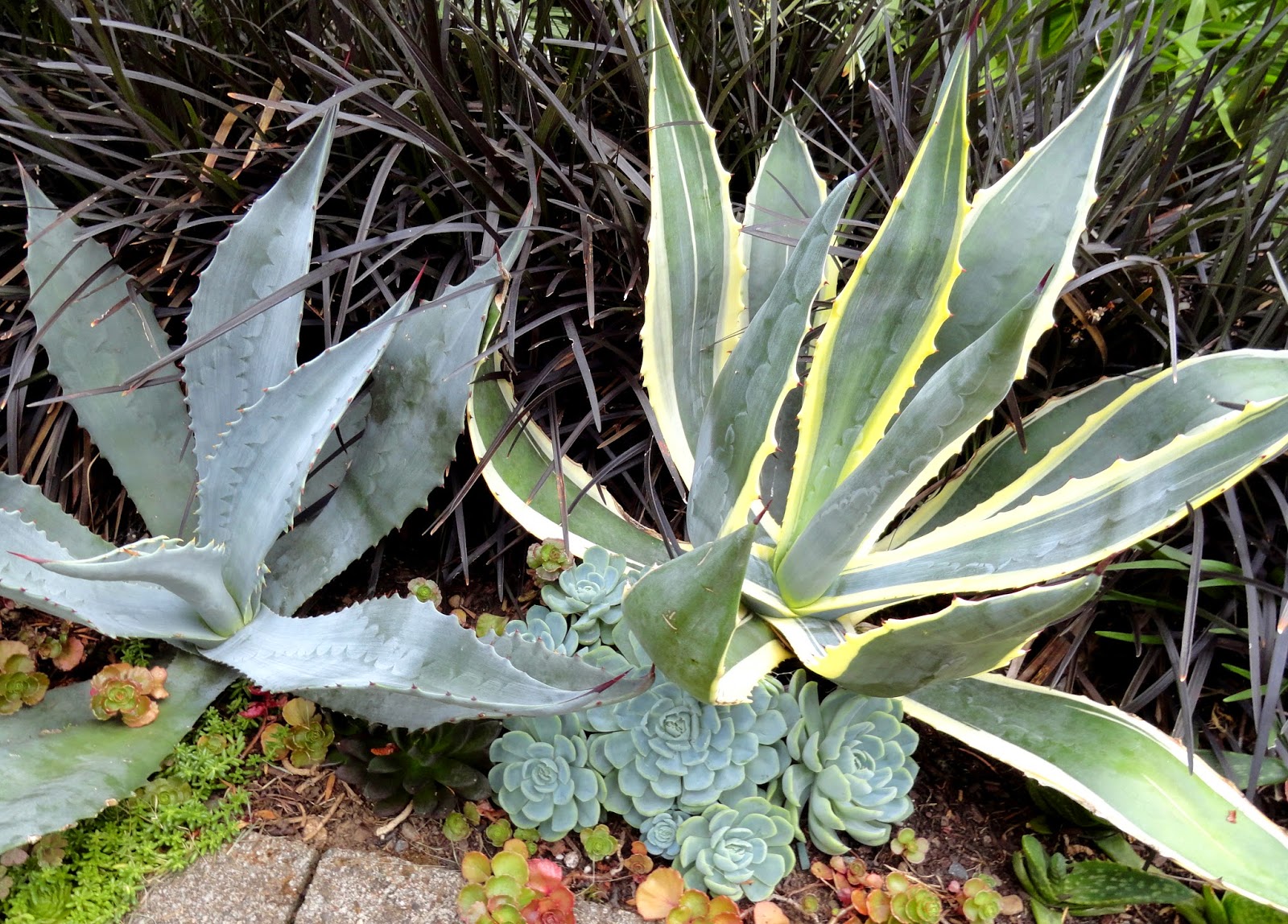