You can probably tell by the title this isn't going to be a pretty post, but if you garden you've no doubt lost plants and can sympathize. Here's my Brachyglottis greyi in better days (June)... 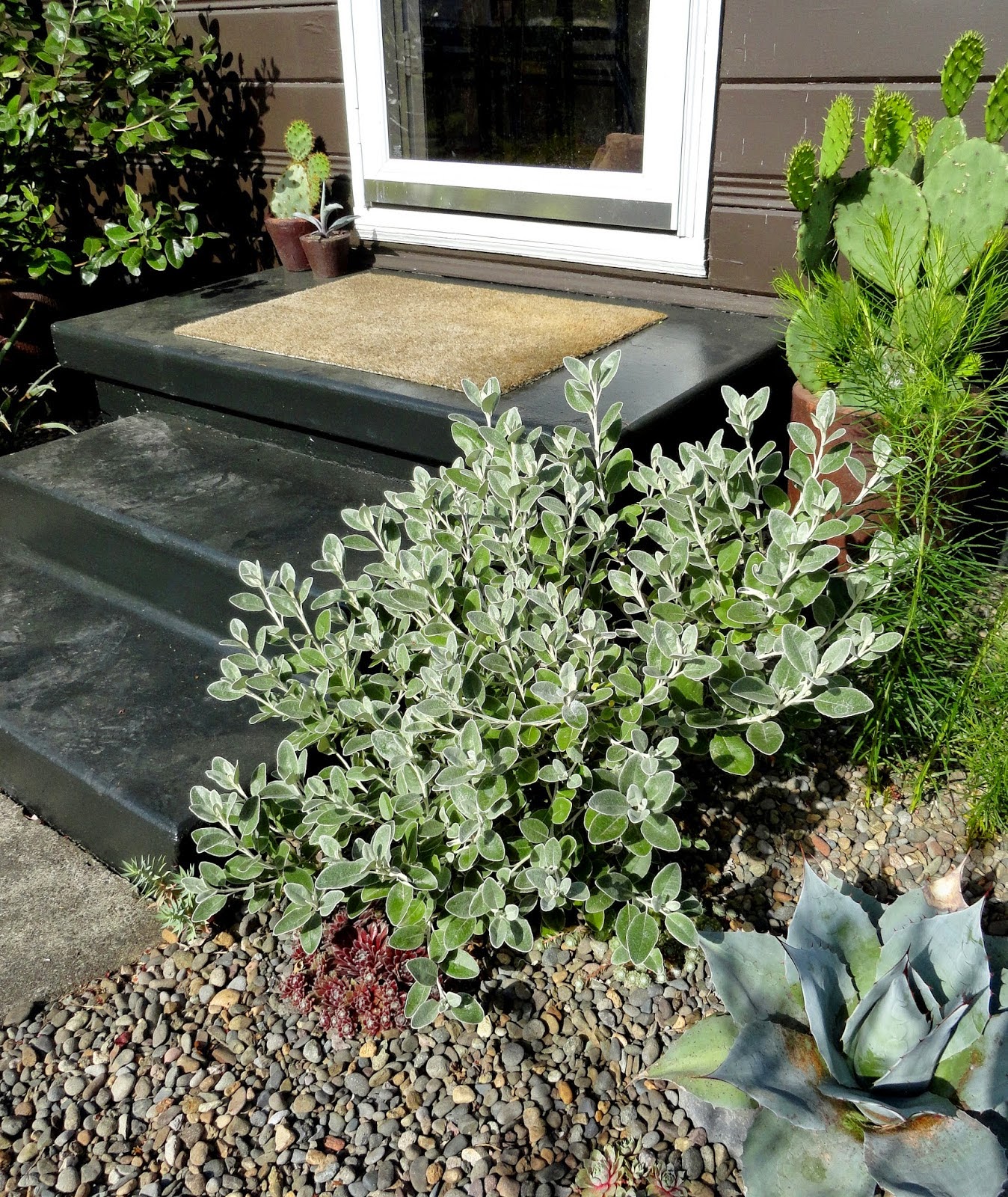 And here's how it looked last week right before I cut it back. 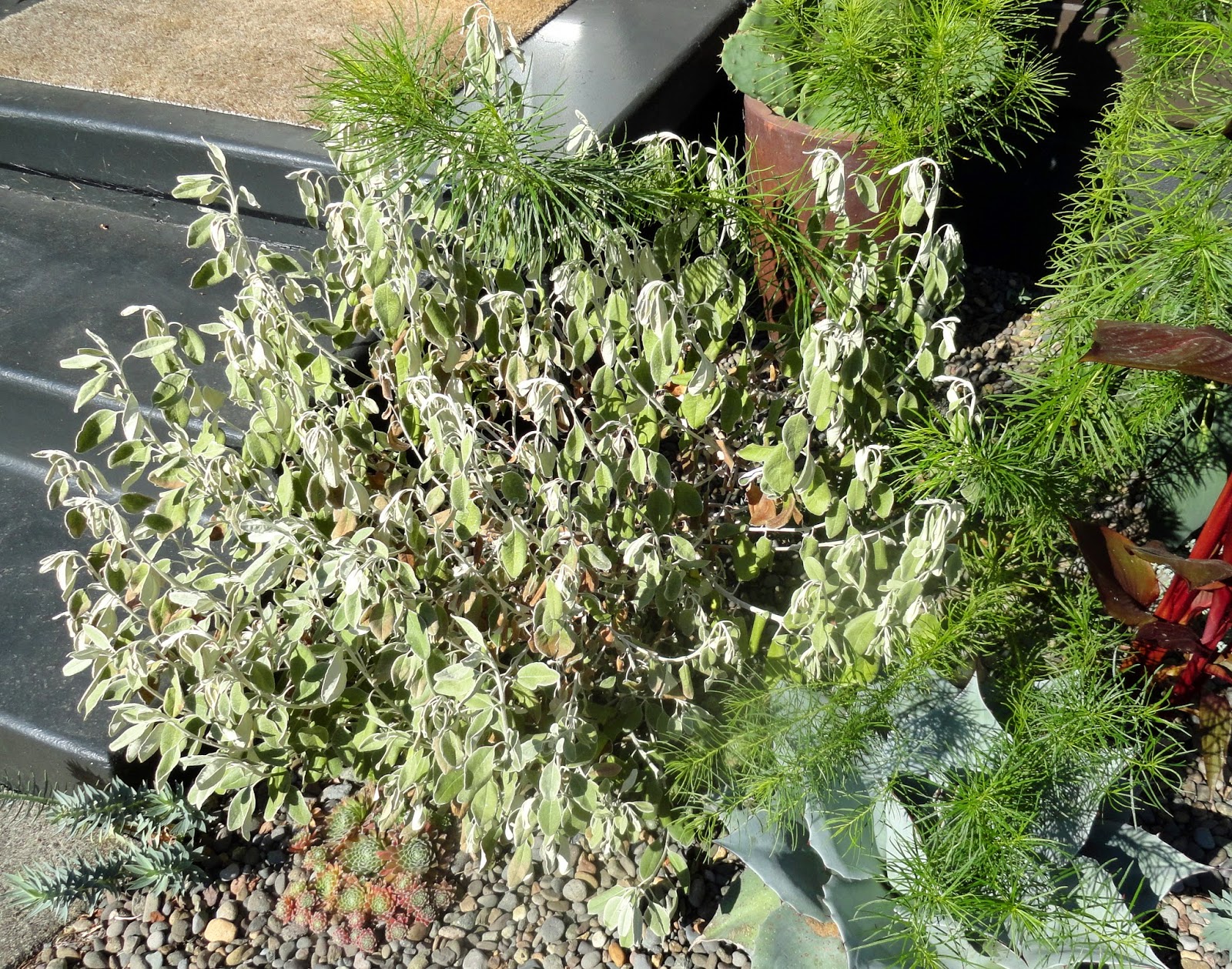 What happened? I wish I knew. One day it was looking great, the next it wasn't. Not enough water? There's one elsewhere in the garden that gets even less and it's fine. Too much water? No, I'm not that generous. I planned to leave it for a few weeks (after cutting it back) and see if it showed any signs of life, but that might just take more patience than I've got. 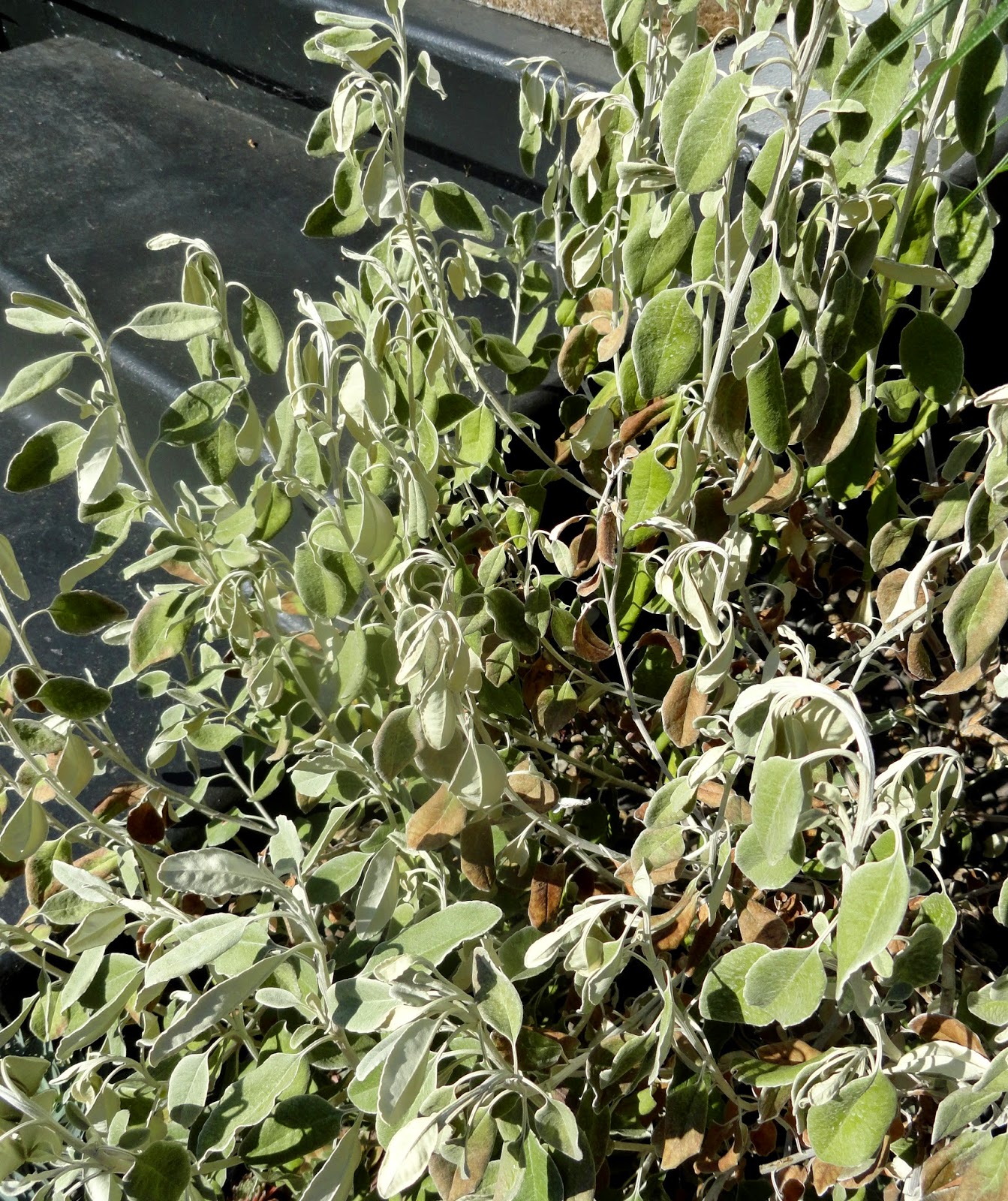 How about this one, Microcachrys tetragona, a lovely shade of gold don't you think? 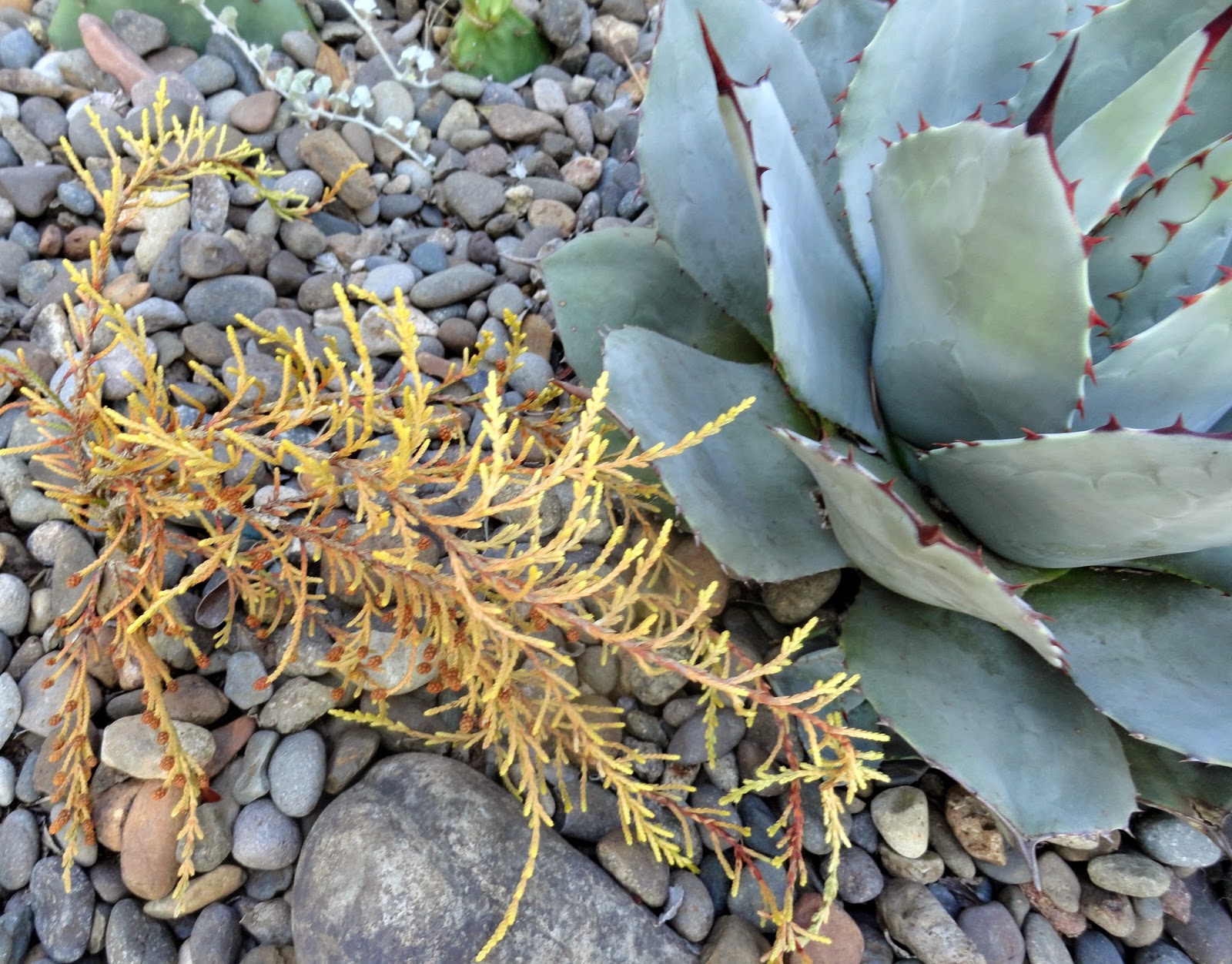 Trouble is this is what it's supposed to look like (photo taken at a nursery display garden). 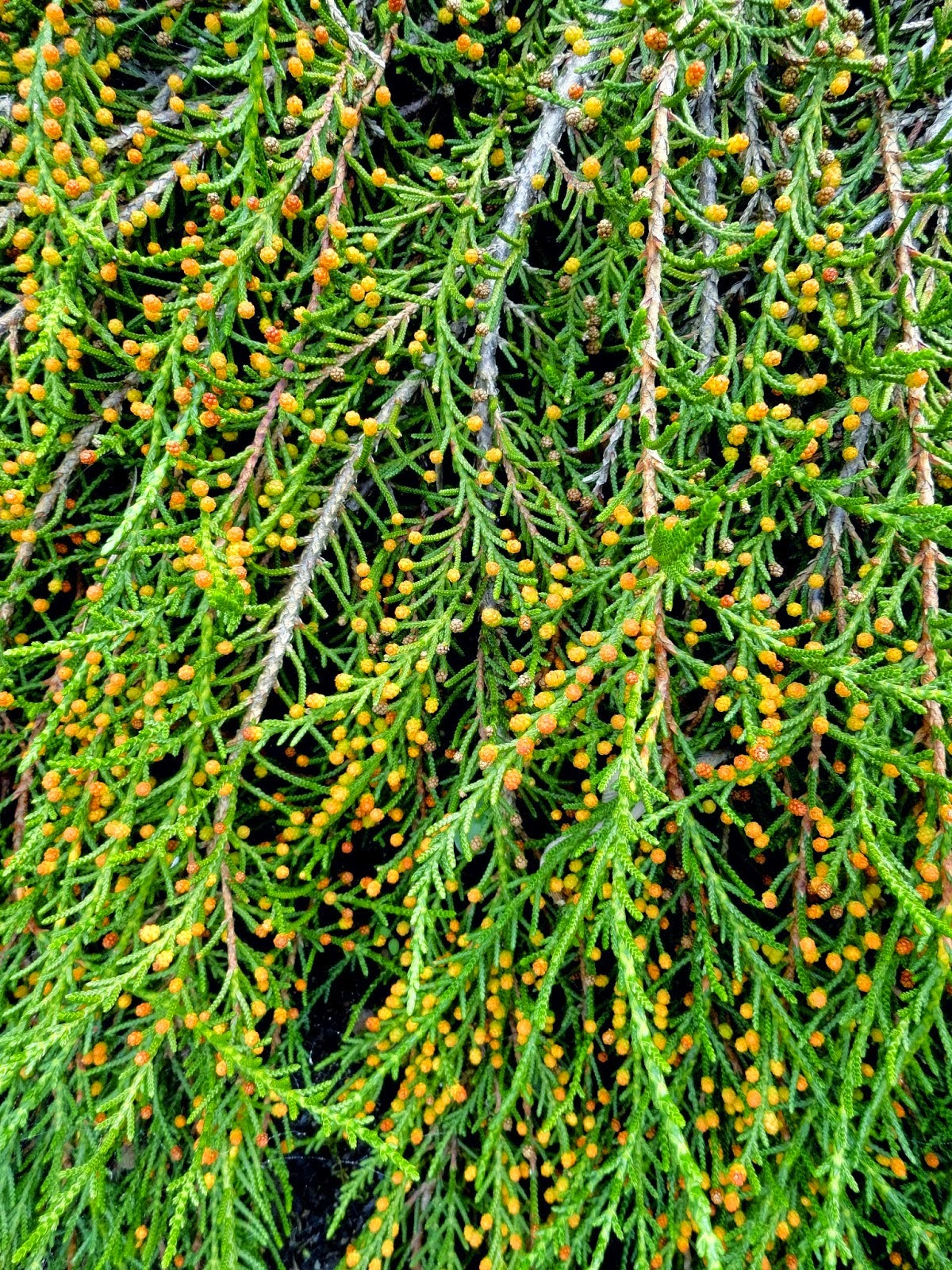 Thank goodness one of my pair looks okay. 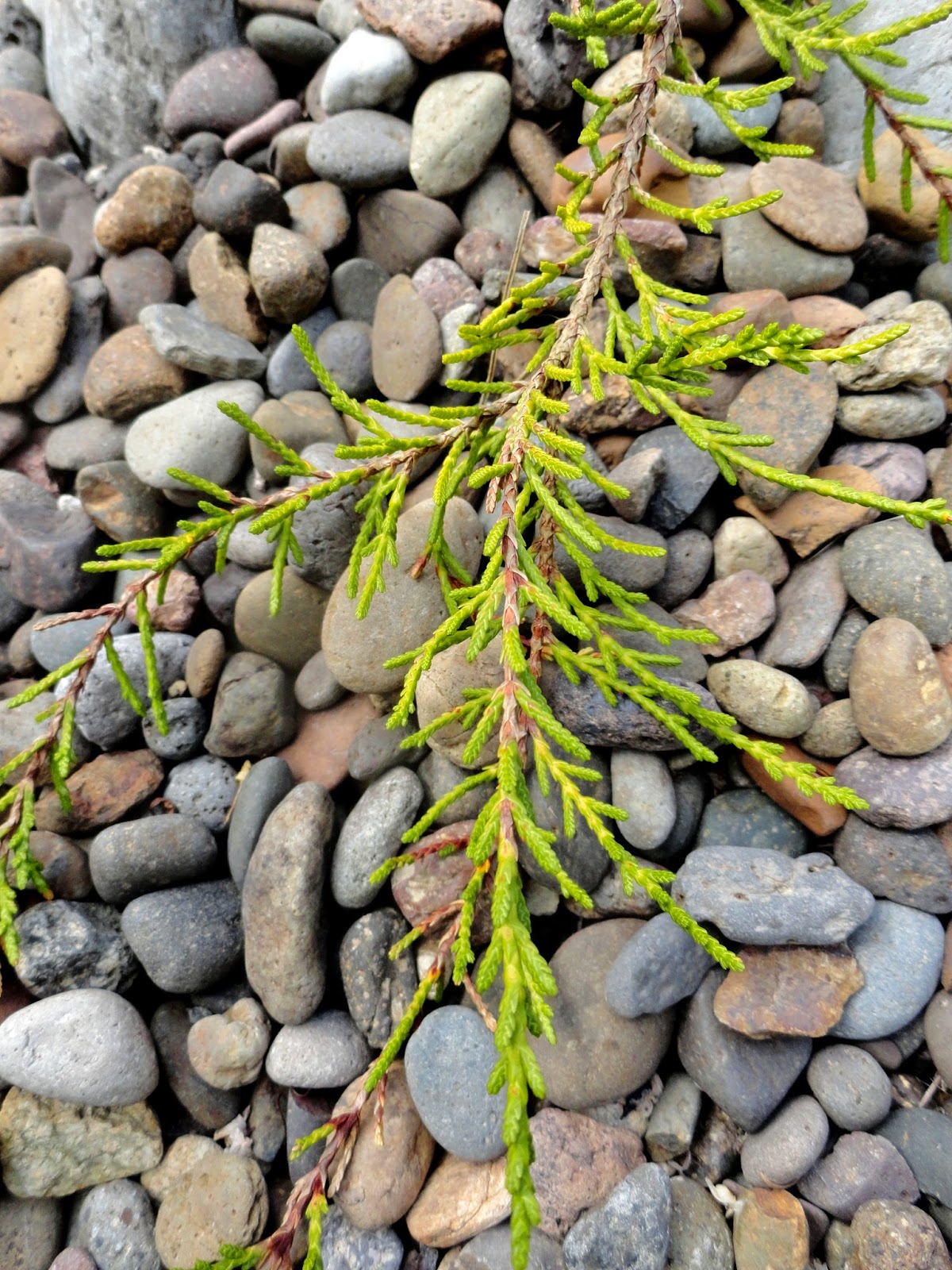 No this one isn't dead, it's supposed to look that way. Hebe ochracea 'James Stirling', see that hint of green at the center? Proof it's alive. Unlike the one planted about 5ft way. I touched it and the thing disintegrated. Definitely dead. 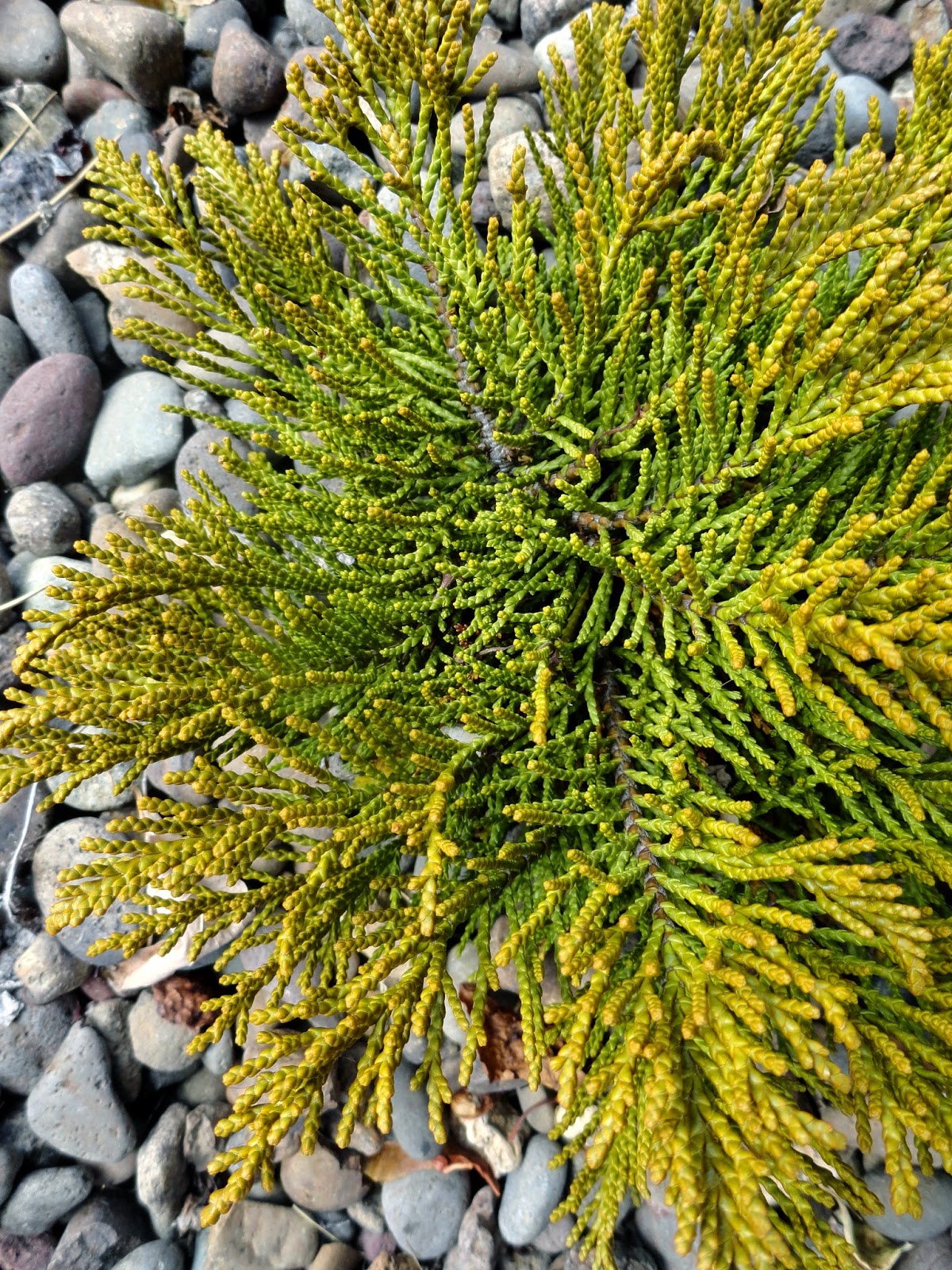 This guy is a Piptanthus nepalensis var. tomentosus, purchased last fall it spent winter in the holding tank (and the coldest days in the basement), I think this image was taken in late October-ish. 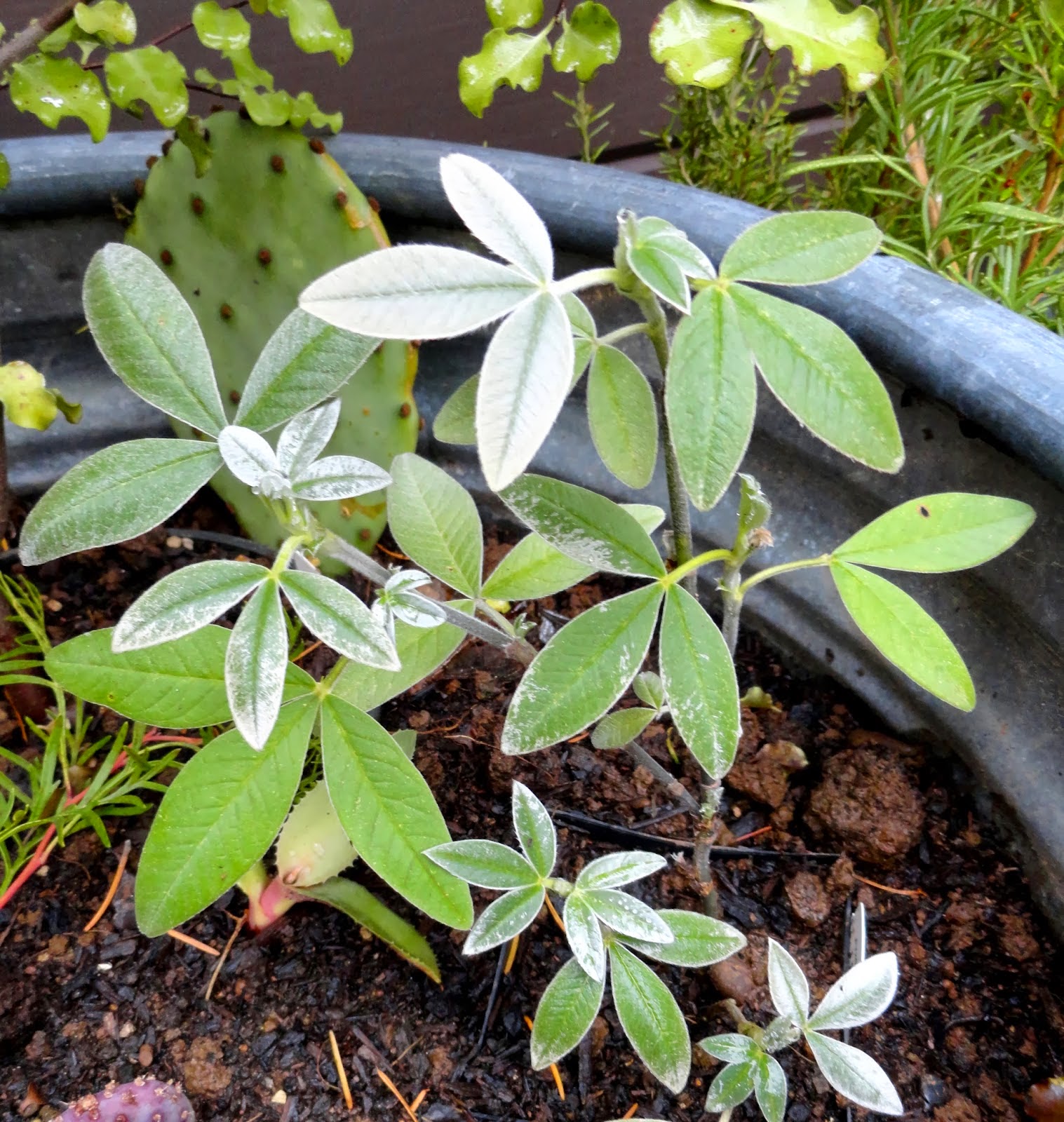 I planted it out this spring. Here it is now... 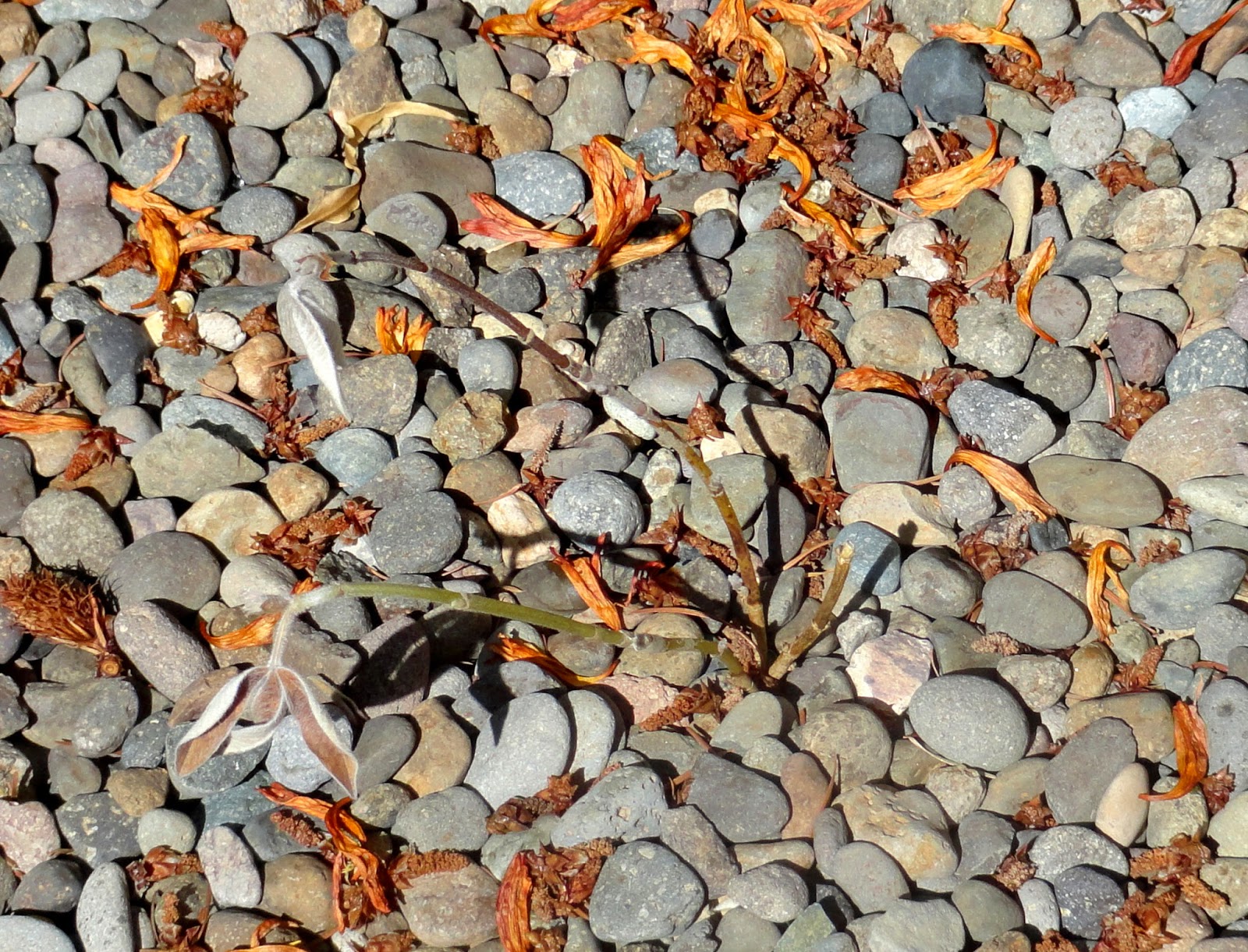 The litter all around the crispy plant are dried up colocasia blooms. I don't think the piptanthus is going to make it. 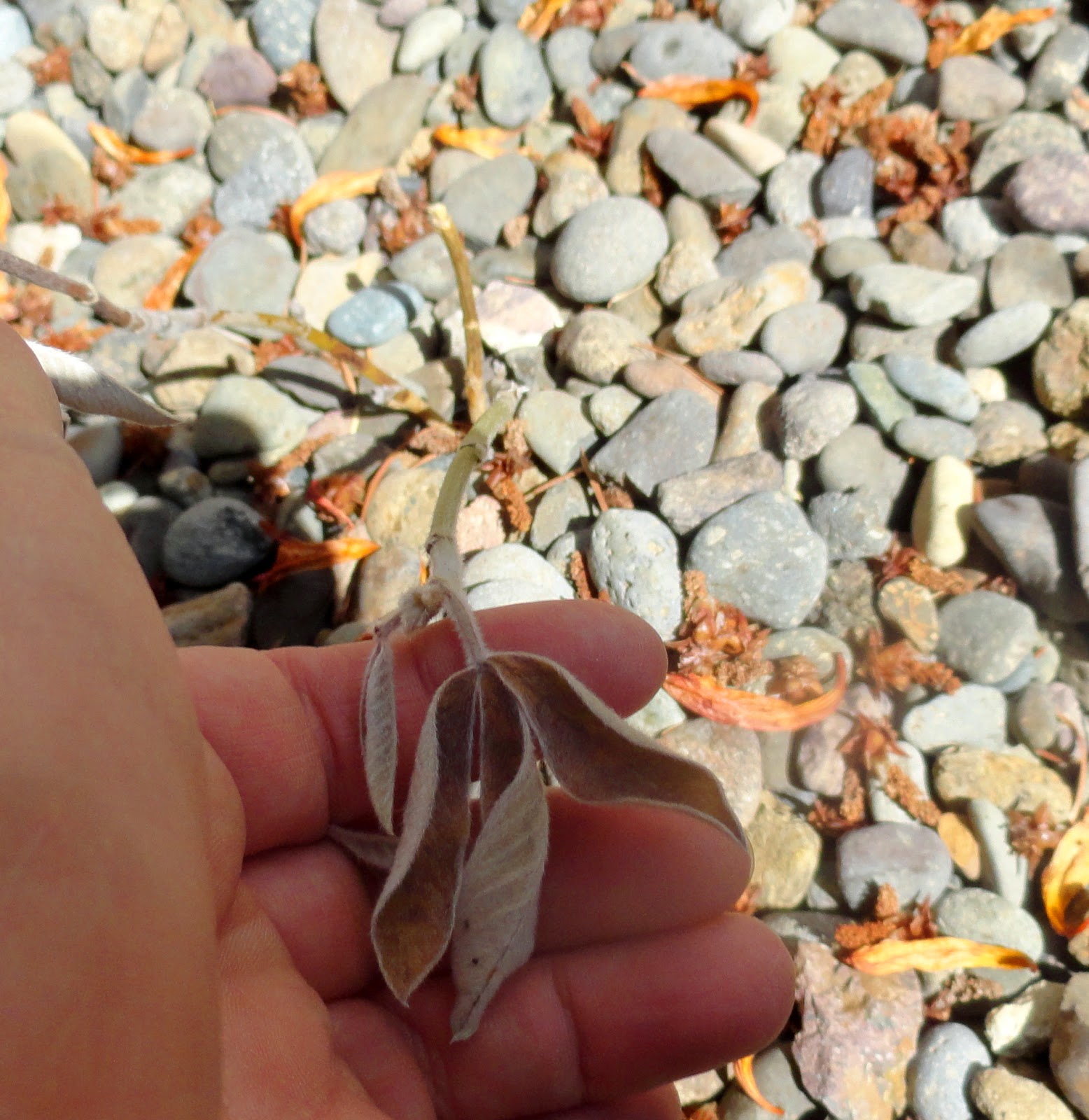 Most of these deaths can probably be blamed on the heat and lack of water. I've been tossing around weather statistics on Facebook, and don't want to bore anyone who's read along there, but we did just experience the hottest August on record here in Portland, and only received .01" of rain. Try as you might to keep up with the hand watering something is probably going to be missed. Or in my case several things.

This sad state of affairs (below, a saxifraga) can be blamed on removing the privet late last winter. It missed the shade and I was too late to realize. Good thing the oxalis can step up to fill the void! (see it growing alongside the rock and snuggling up to the agave? 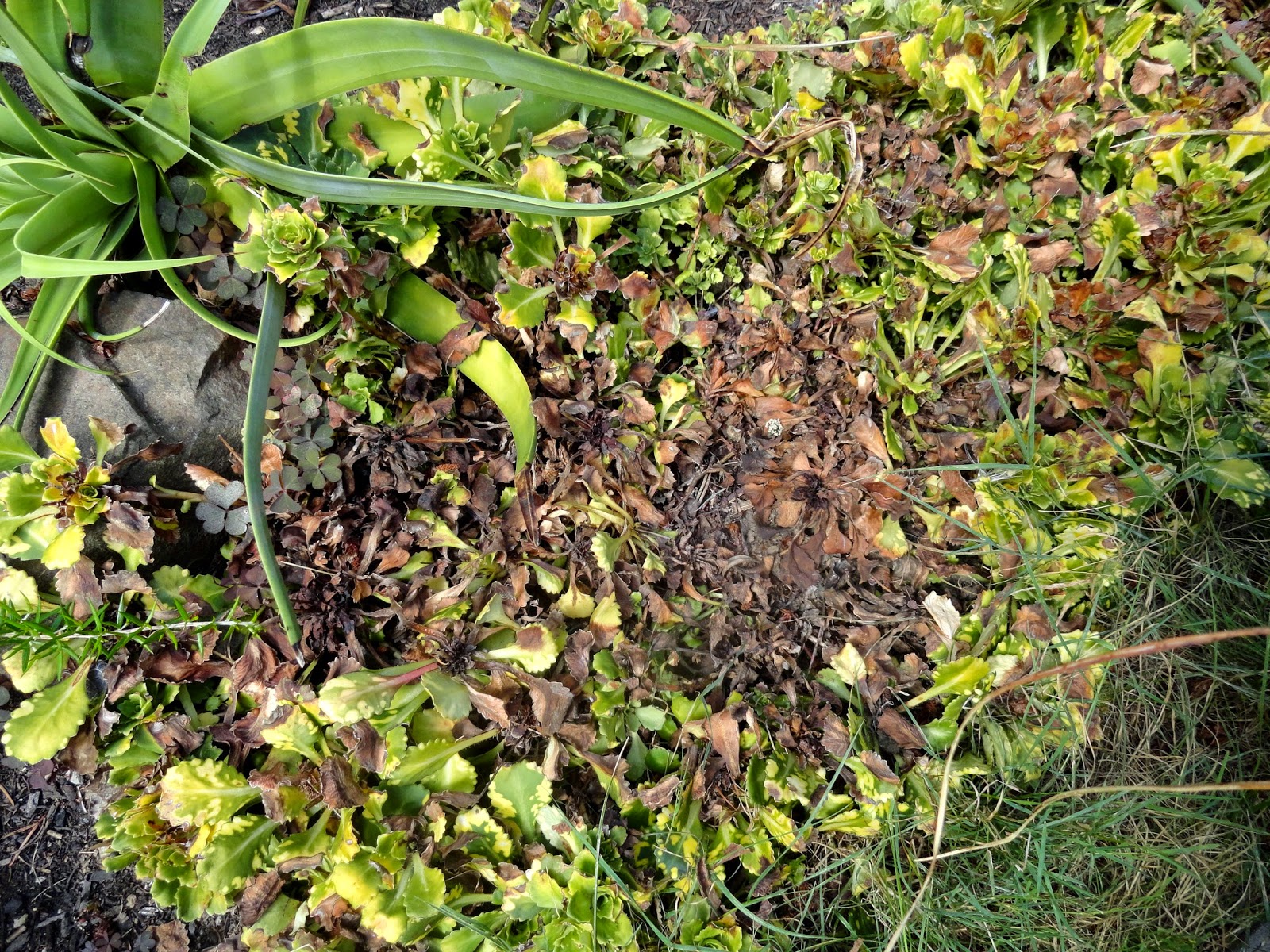 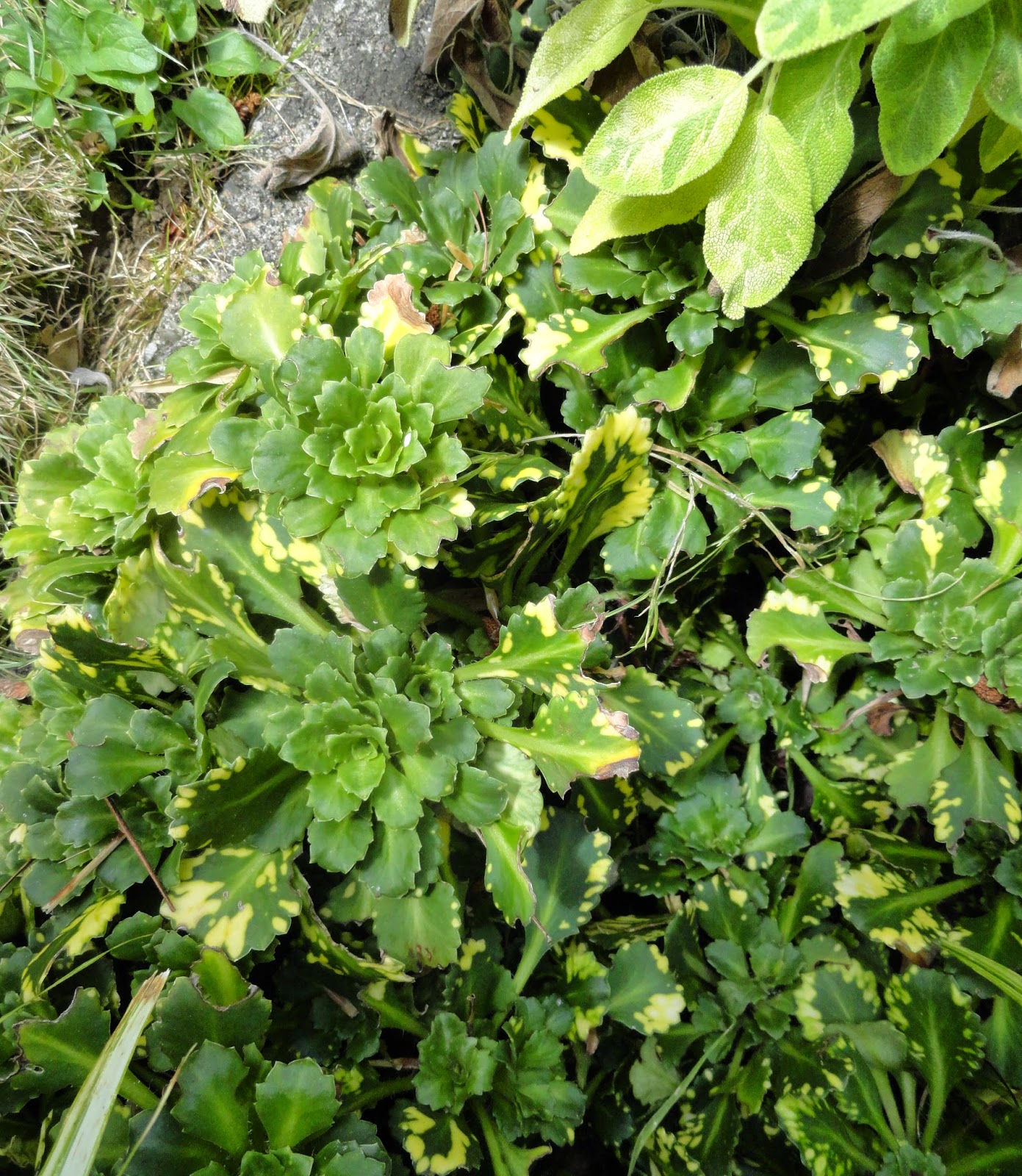 Even the sempervivium are shutting down. I'm sure they'll be fine once the rains return later this fall. 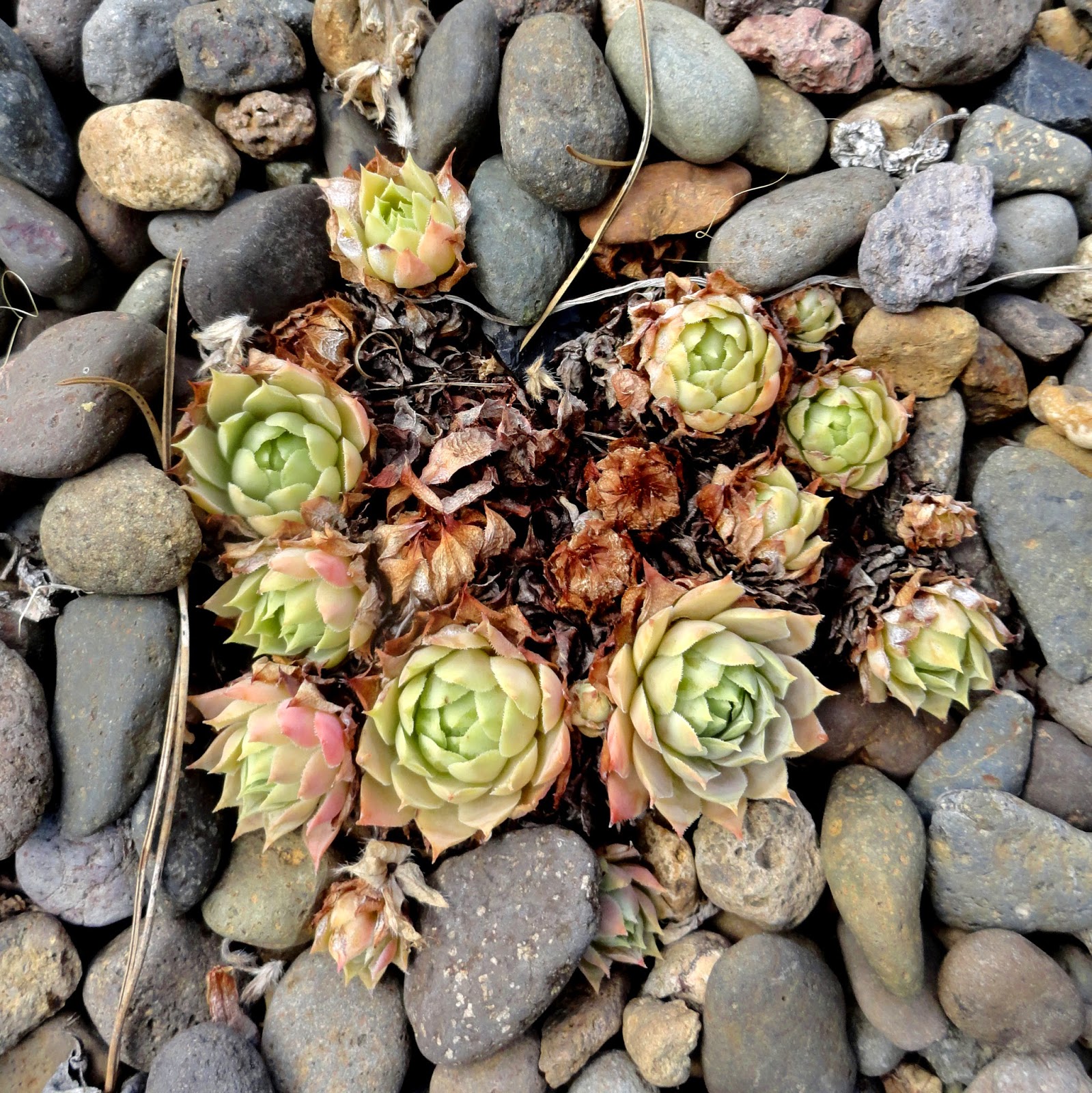 Hopefully this little agave pup will snap out of it too. 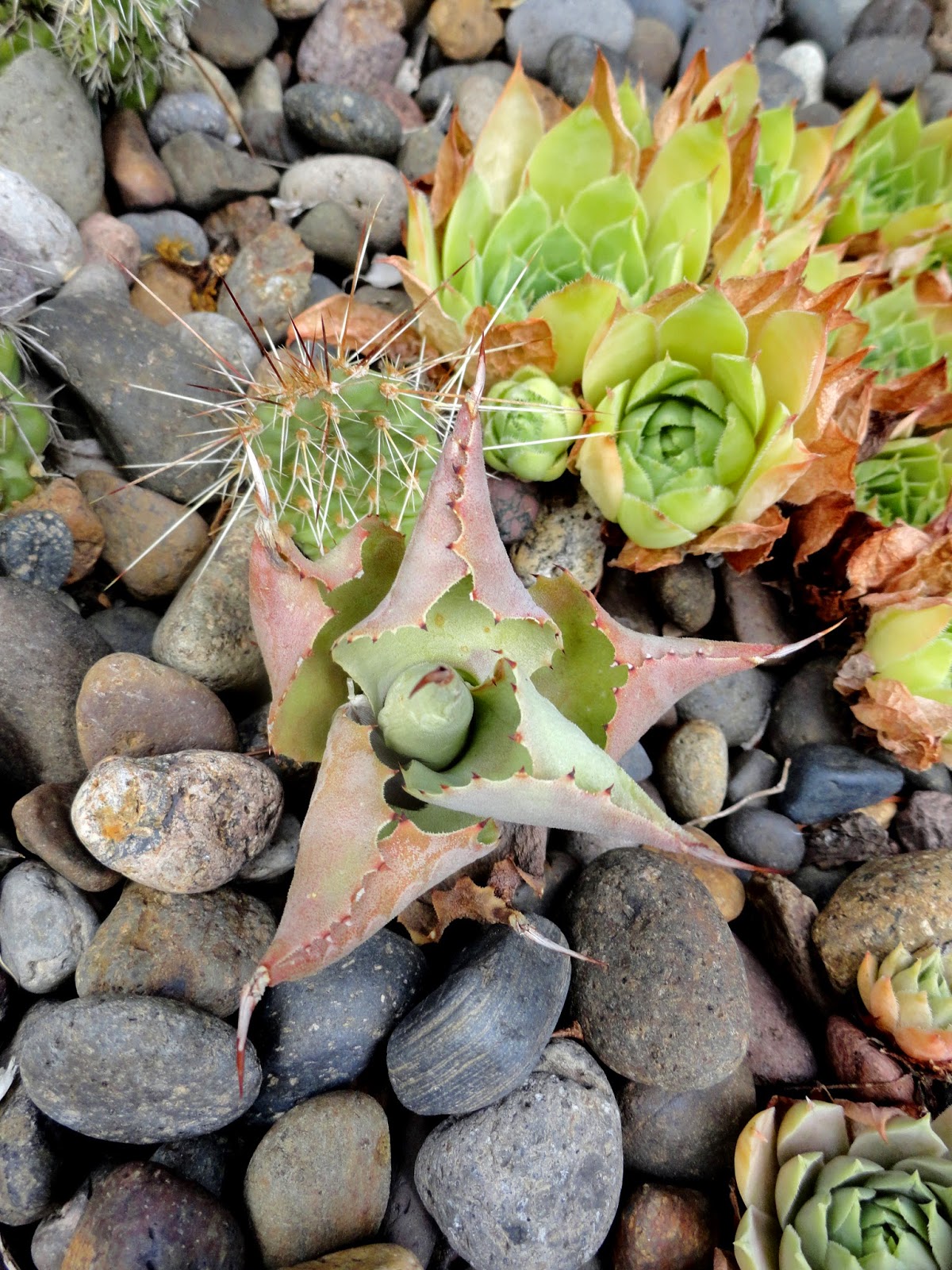 My neighbor's hydrangea may not. 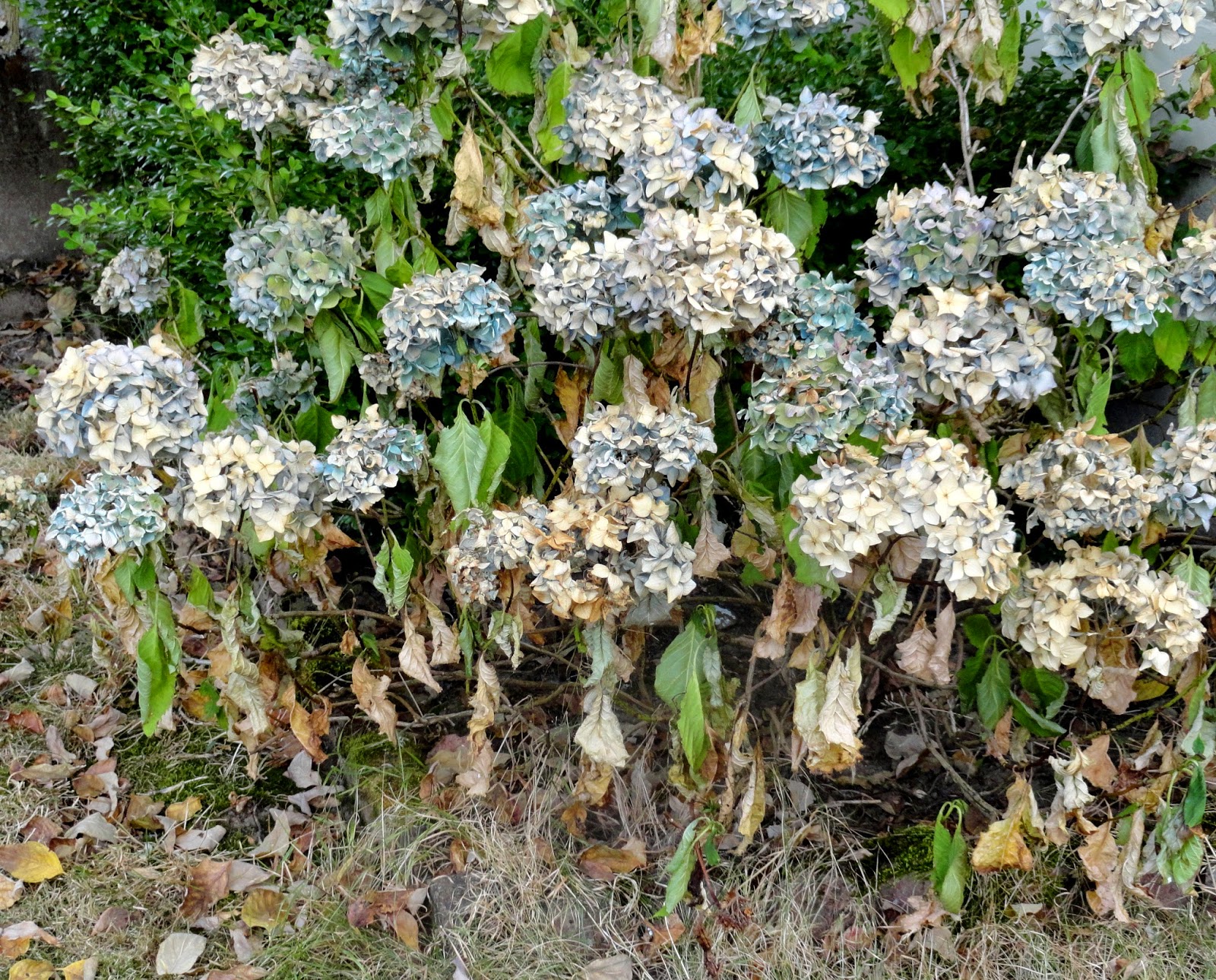 This is concerning as well. The lower, insides, of my Clematis tibetana var. vernayi are turning crispy. 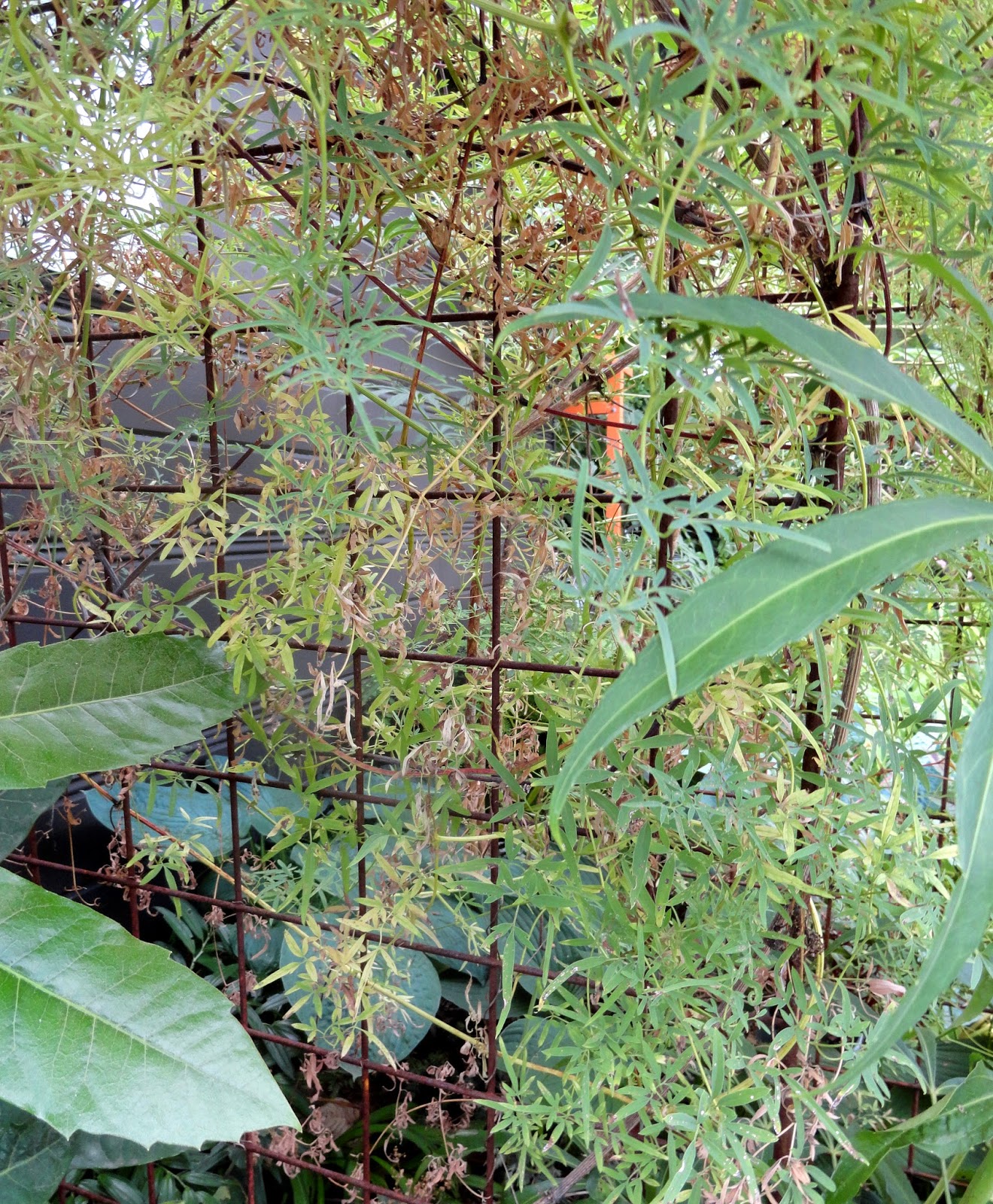 And the Syneilesis aconitifolia looks ready to call it a day. So droopy and no amount of water perks them up. I've never seen my garden so dry. All around town trees are losing their leaves, and contrary to what I've heard a few people say it's not because it's fall! (which it's not, by the way) It's the heat and lack of water, those things are stressed! 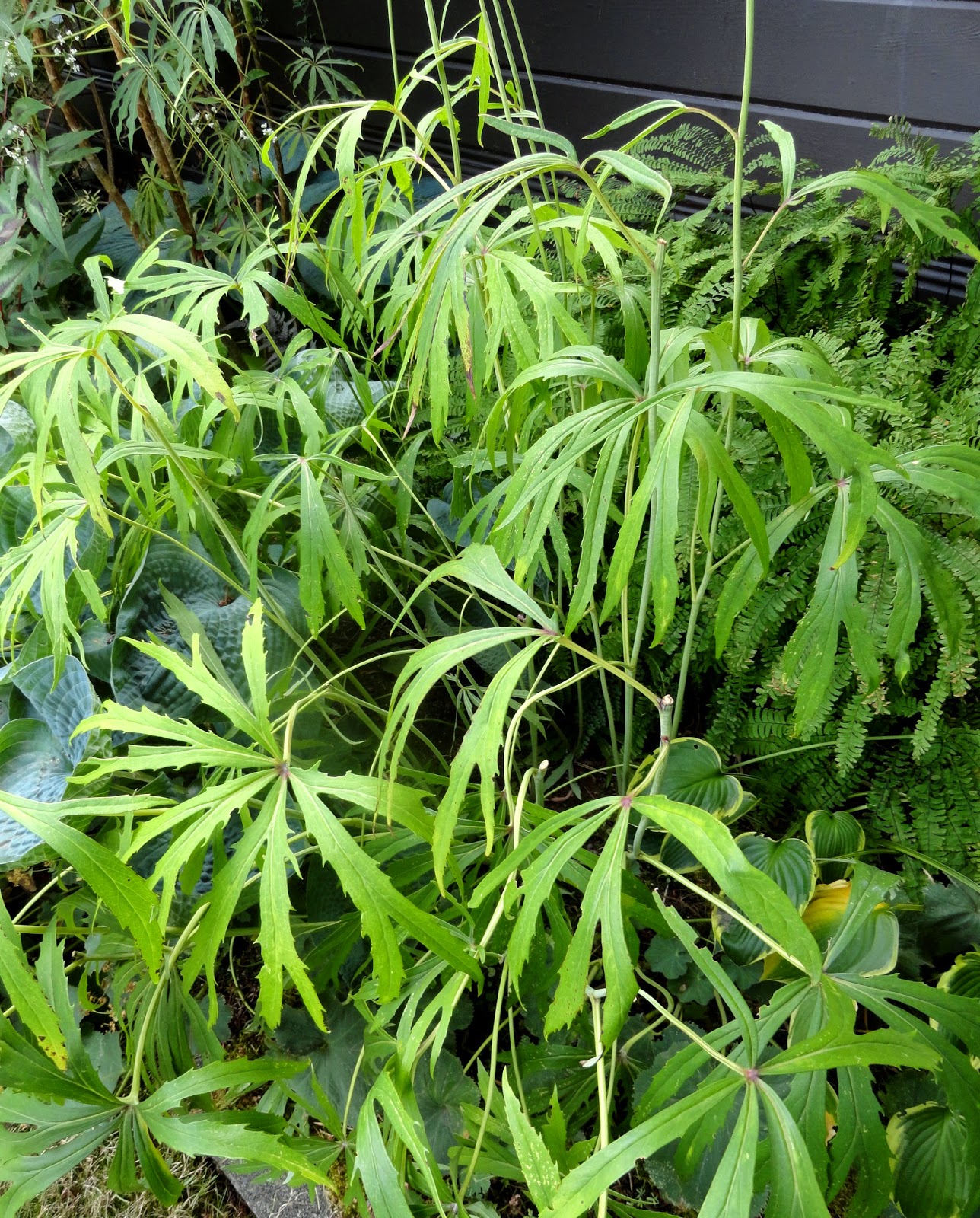 The final horror that I'll share with you is this, my Sedum 'Autumn Joy' the entire plant looks like this, all three of them in fact. This is a little more concerning, like perhaps the amount of shade it's in now has caught up with it and it's got some sort of crud. Like I've said before gardening isn't for wimps, it's tough business! 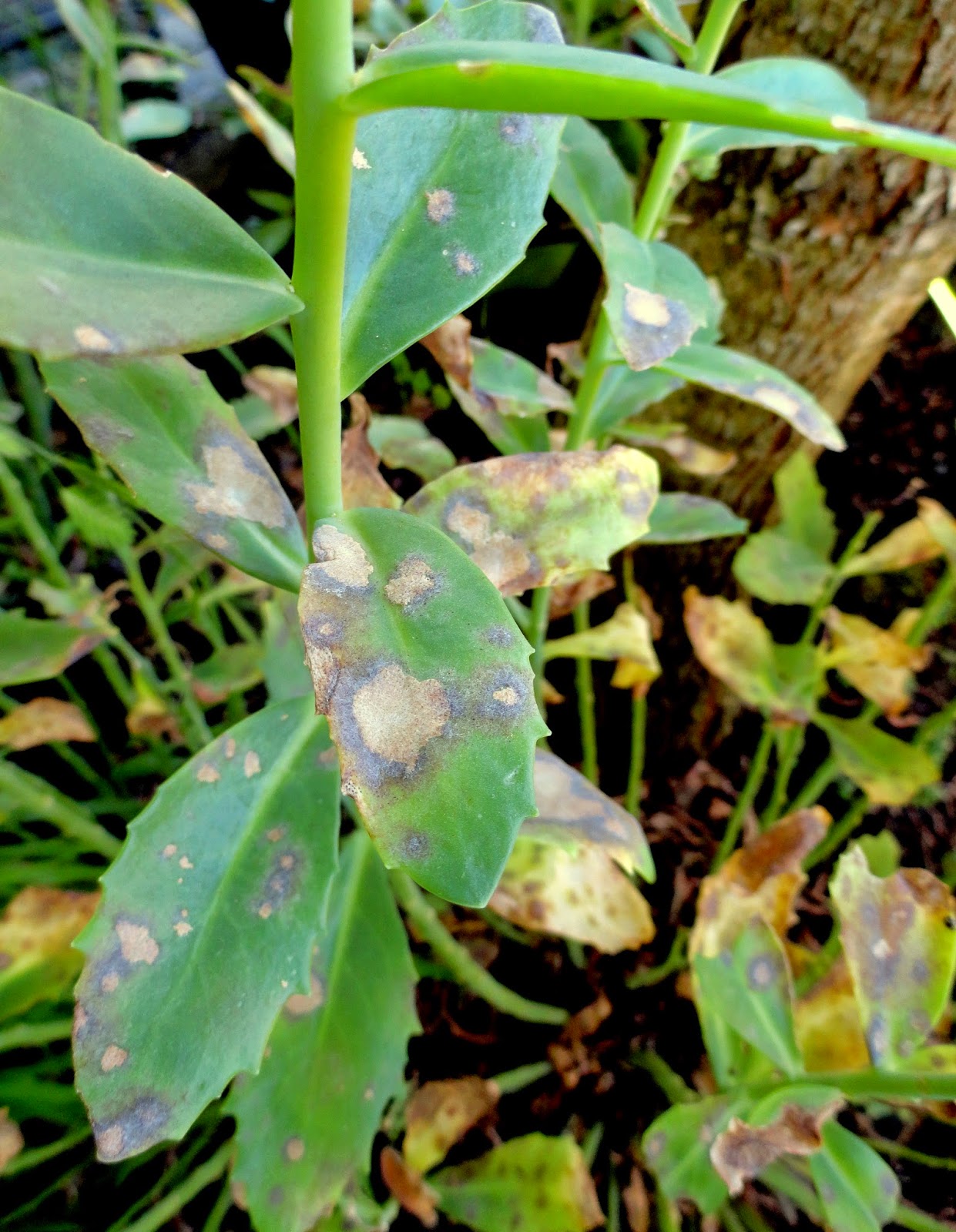