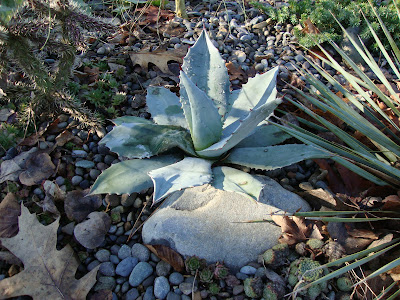 I’ve had very little to worry about this year as far as my tender plants are concerned. So far the worst we’ve seen are a few nights at 28 and a very brief flirt with 26. Combine that with the fact that we’ve been almost eerily dry and you’ll understand why I was so surprised to see this… 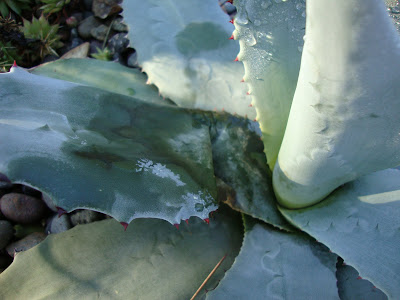 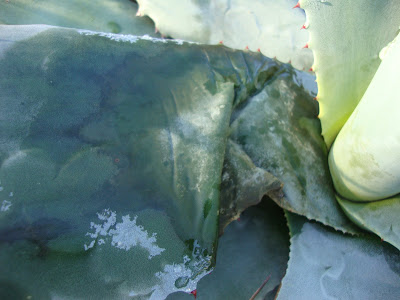 Its sister across the way (the canary in the coal mine so to speak, since it was my test subject in this same spot of ground through last winter) has no soggy mushy arms. Just a few acne blemishes. 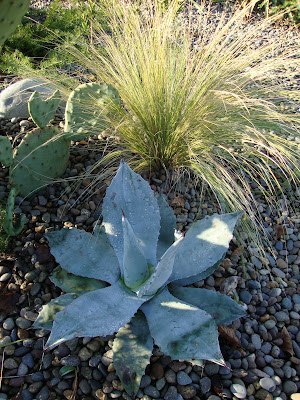 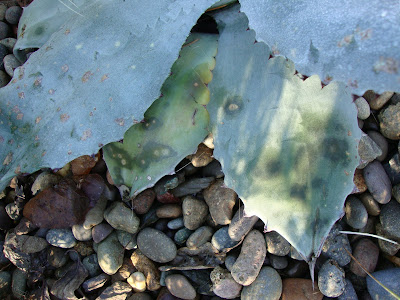 Speaking of ache blemishes, one on my third Agave Americana… 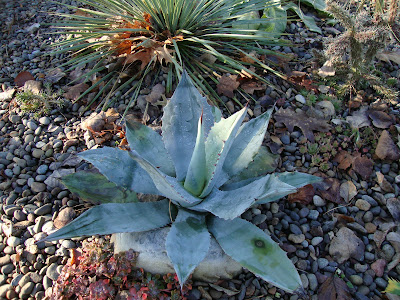 …has gone from subtle to terrifying. Yuck. 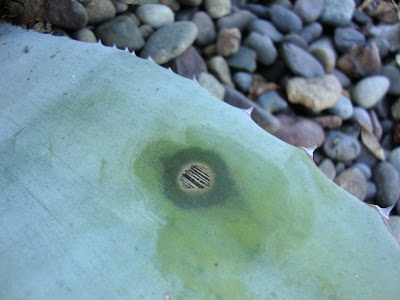 It doesn’t end there. One of my Agave ovatifolia has also got spots on a leaf. 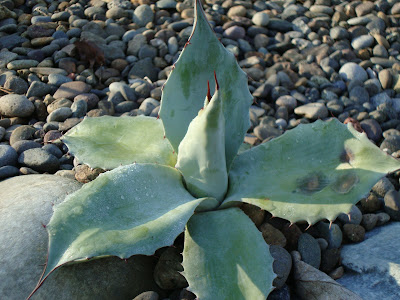 Although the other one looks fine. 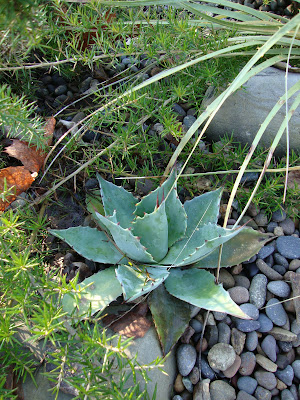 One of my little Agave Montana also has a few spots. 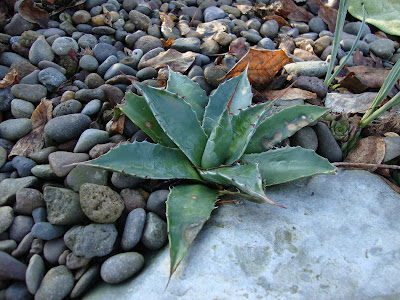 I suppose this is the price you pay, for pushing the zone and pretending you live in the desert, when you really live in the rain forest (okay not really…I exaggerate for effect). But all is not bad. The Agave bracteosa looks perfect! 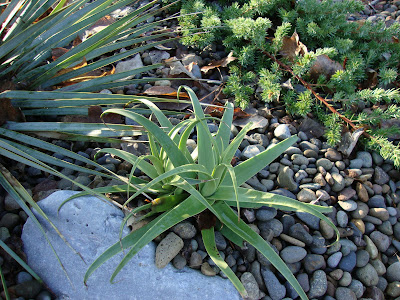 As does the Agave parryi 'J.C. Raulston'…should have bought more than one of this one. 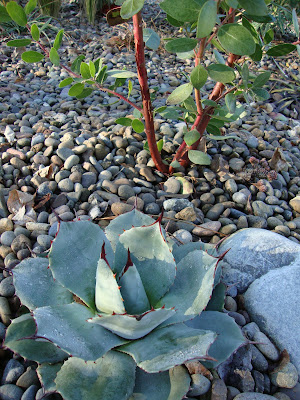 Agave americana 'Opal' is also unscathed. It’s only damage coming from some little critter that ate right through several leaves (when they were still curled together) last summer. 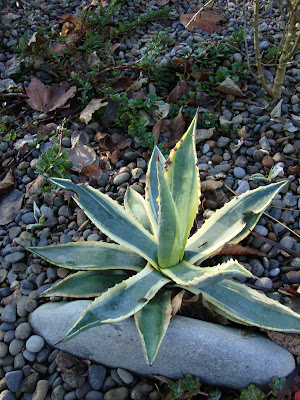 Not so for its tiny pups who are suffering some sort of ghosting disease (yes I made that up). Both of them have a leaf that has turned utterly translucent. 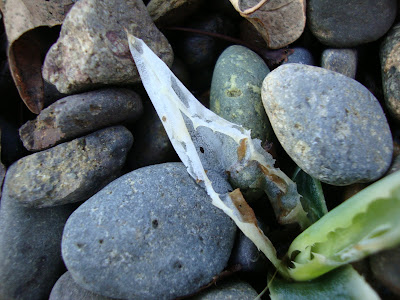 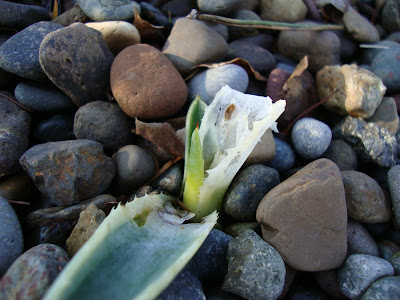