Okay they aren't the orange Circle Pot that I’ve confessed my eternal love for but they also aren’t $89. 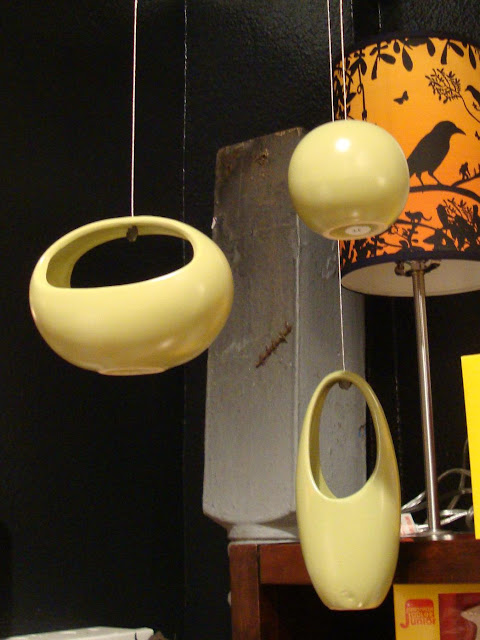 I stopped by Digs Inside & Out the other night because I had a gift certificate from Christmas (thank you husband) burning a hole in my pocket (or actually my handbag, as I don’t keep gift certificates in my pocket because that whole laundry thing could be a disaster). When I saw these fabulous hanging planters I knew they had to be mine. 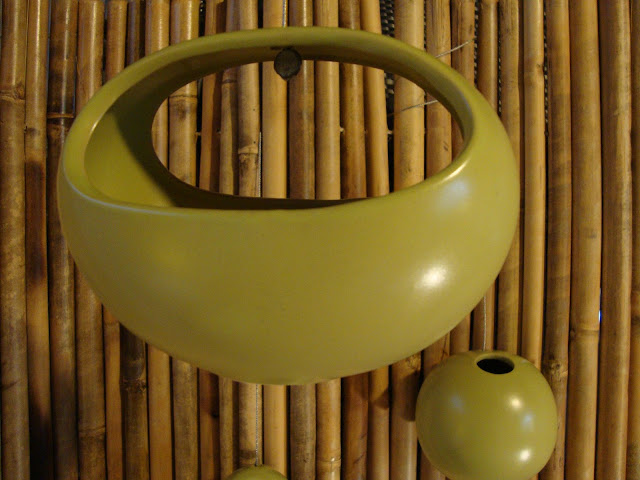 Only $18 for the “basket” shaped ones and $8 for the round they are a bargain. They also came in white, which really would look better with a green plant, but since I can’t ever pass up a yellowish green piece of pottery…guess that just means I’ll have to hunt for something with dark foliage to put in them! 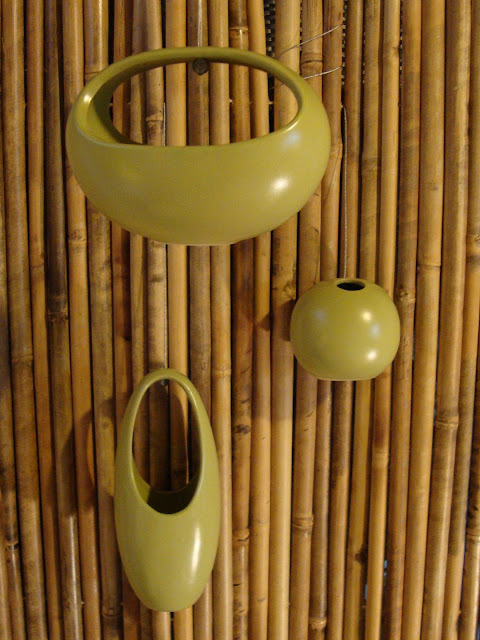 I was also in love with this planting. How beautiful are multiples of the same plant in a simple cement bowl? 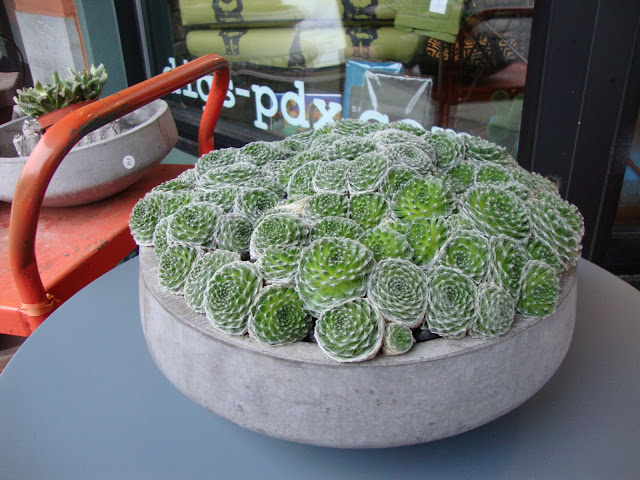 No need to have many different succulents crowding a space when a planting of Sempervivum arachnoides can look so elegant, and it’s hardy too! 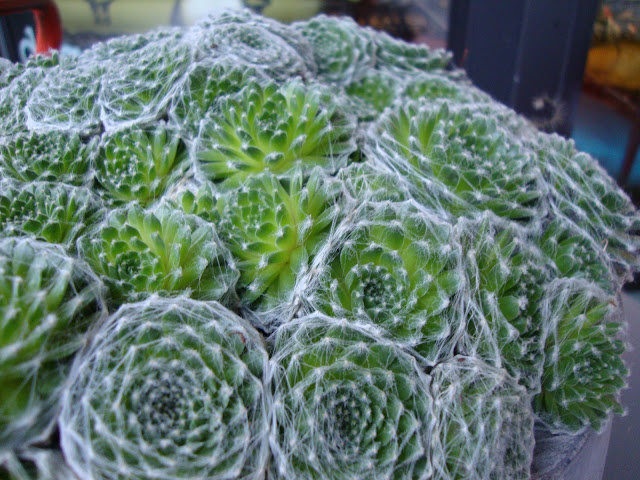 JJ (owner/designer at Digs) said 5 plants were planted in here just 3 weeks ago and they’ve already filled in. 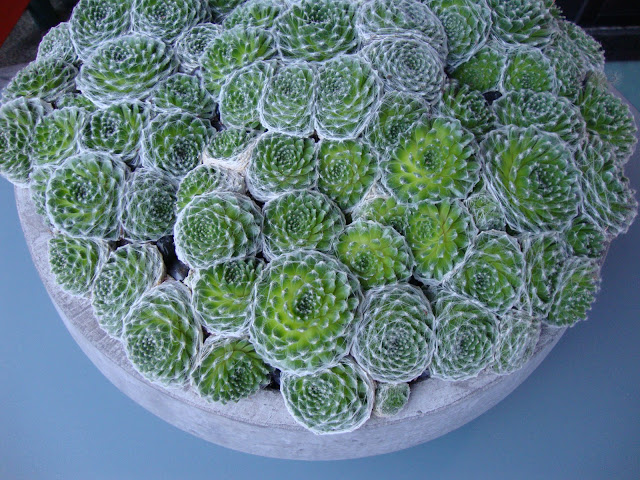 There were also many many fabulous terrarium plantings in the store, which I should have taken pictures of, but it was time for JJ and I to go enjoy a cocktail…my first ever prickly pear margarita at Trebol! How have I never had a prickly pear margarita before? Is it not the perfect danger garden drink? You’ve got the Agave (tequila) and the Opuntia (the juice of the fruit) so dangerous! This is going to be my official house beverage on the patio this summer. Photo borrowed from here. 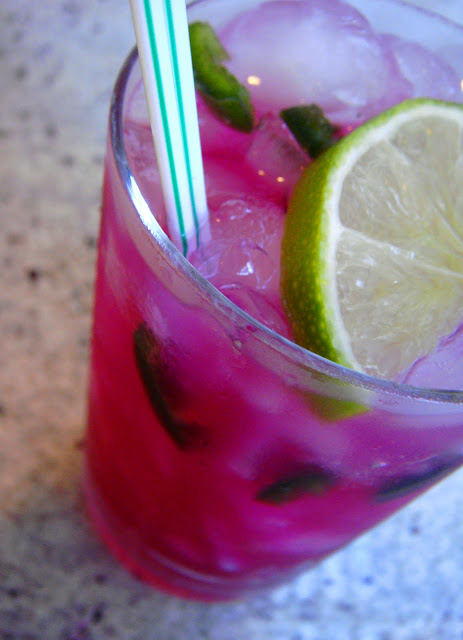 Click on the link for a simple prickly pear margarita recipe and one in which she countered the sweetness of the prickly pear fruit with a little jalapeno (oh ya!) and a great story about buying prickly pear fruit at Whole Foods and how the cashier was frightened of them…really go read it! Although I must warn you that she does say “prickly pears come from a cactus, tequila comes from a cactus”…and we all know tequila comes from an Agave which is not a Cactus, but I’m willing to forgive her if she forgives me for borrowing her picture.