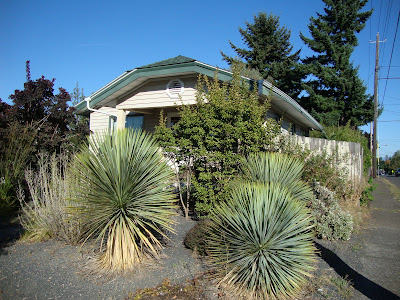 I’ve been collecting pictures taken “from the sidewalk” planning to put together a short post of inspiration, and I realized I’ve never shared this garden! It’s near our home in NE Portland but I discovered it when we were still house hunting (that would have been over 6 years ago). 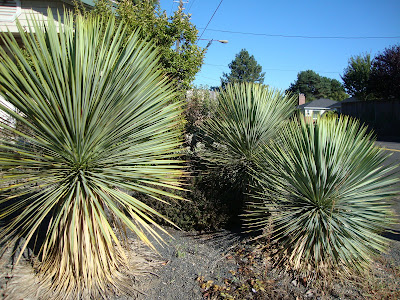 Naturally it’s the spiky Yucca rostrata that caught my eye. I wish I had pictures from years ago so I could compare and see how they’ve grown, my memory is that the tallest one was just barely starting to trunk back then, is that possible? 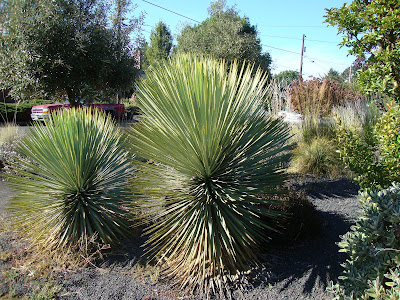 I was also intrigued by their use of gravel and visited this garden several times when trying to decide what gravel to use in our front garden. I love the look of the small black stone but knew it would highlight all of the debris from the neighbor’s tree that blows into our yard. 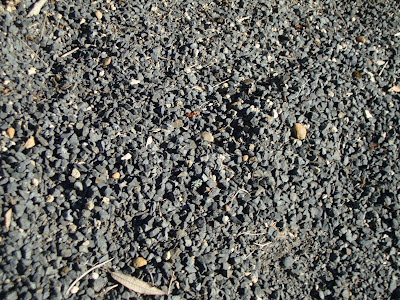 Moving on...I would be one very happy girl if I could replace our hell-strip Japanese Snowbells with these large Trachycarpus fortunei! 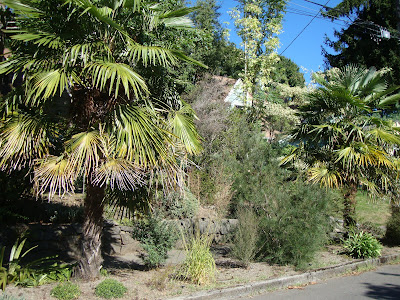 The same strip also has a Callistemon… 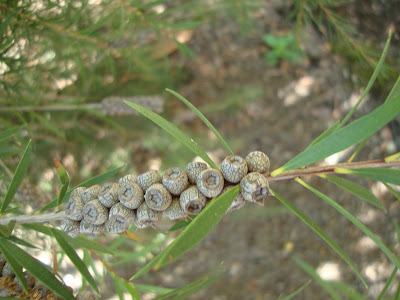 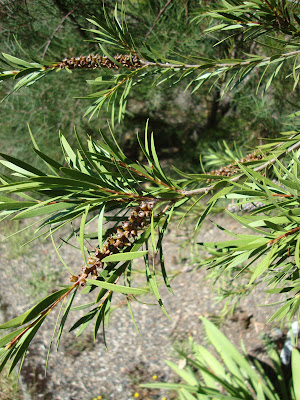 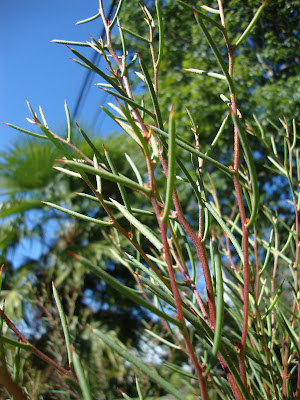 Anyone know what it is? Perhaps a Hakea lissosperma? 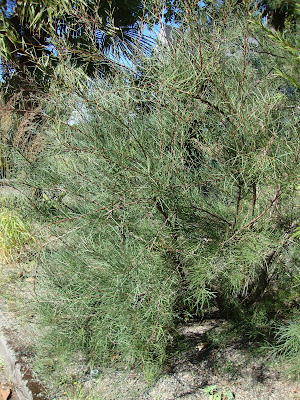 Up against the house there was what looks to be another of my lusted after plants, a Restio. 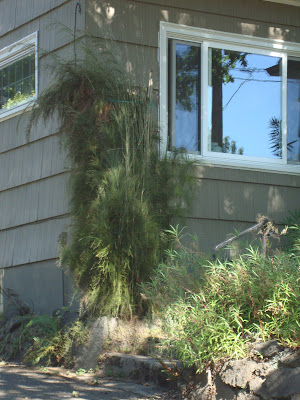 I love me some big Musa basjoo! 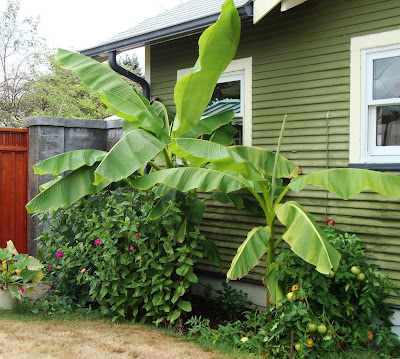 And here are a couple more large Trachycarpus, this time not in a parking strip but hugging the side of the house. 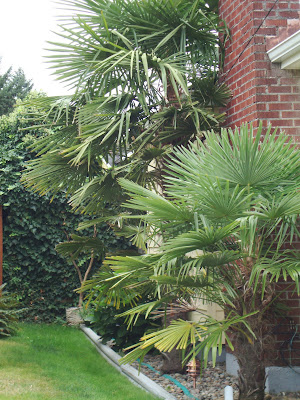 I wonder if they were planted there to benefit from radiant heat from the brick chimney? For whatever reason it’s nice to see I’m not the only one who plants things too close to the house!