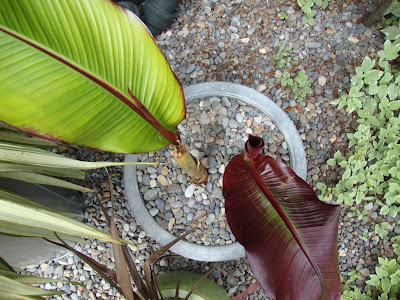 Before I get completely caught up in summer (fingers crossed) I should do a follow up on my overwintering experiments. This was the first year I tried to overwinter Ensete maurelii (actually that’s not true…there was the year I stuck one in our unheated detached garage, but that was a complete failure). So this is the first year I did it right…

Last fall I dug up the two plants I had in the ground, cut back their leaves and wrapped them up in newspaper (loosely based on the instructions of Joseph at Greensparrow Gardens). Then I forgot about them. Here is what they looked like in early April when I unwrapped them. 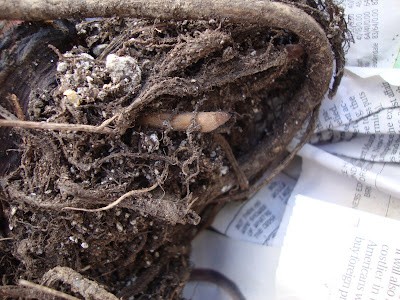 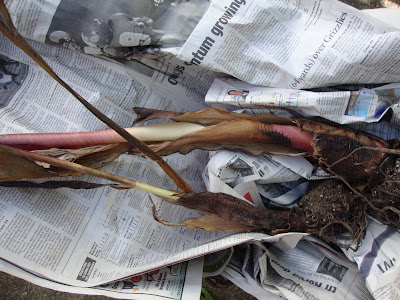 Here they are after I potted them up; the odd angle comes from the fact that after wrapping they were tossed into a metal basket which bent them a bit. 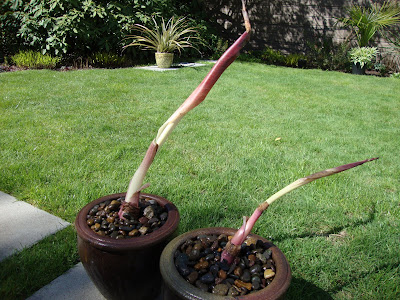 Here is one of them a couple of days ago (on the right), joined by another Ensete which was overwintered in the small container it had been growing in. It was small enough that I hauled it to the basement and let it spend the winter there. It was down to one healthy leaf by the time it went outside but hey, at least it was alive! 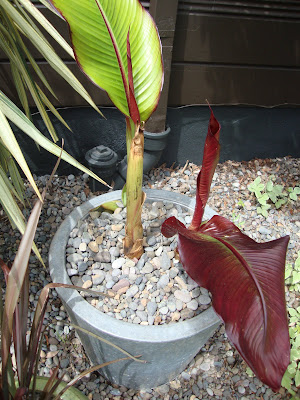 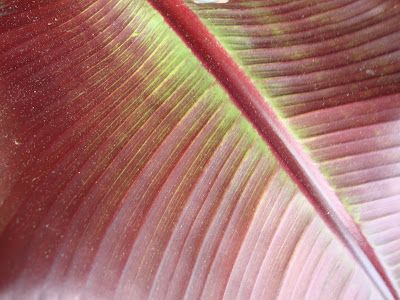 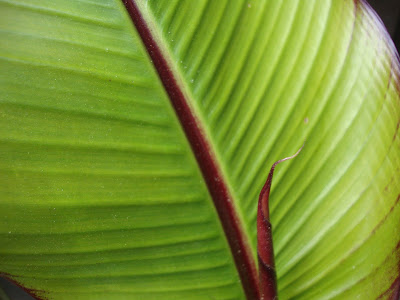 I also attempted to overwinter the Colocasia and Alocasia I had in containers, pulling them into the basement and keeping them wet with a little light. 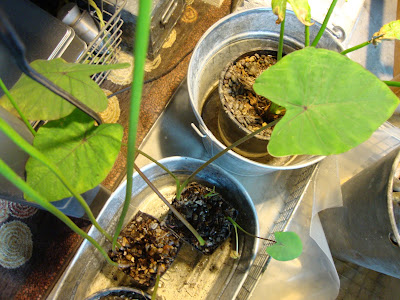 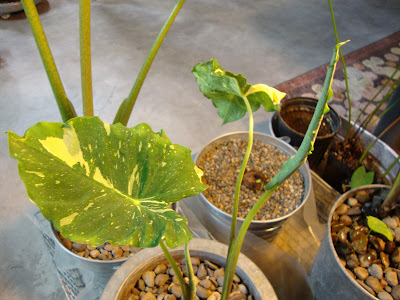 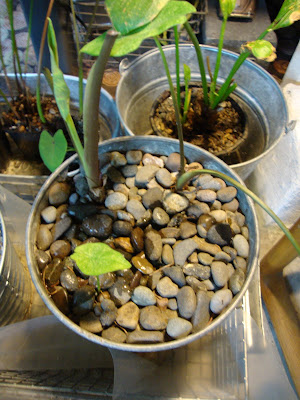 They all lived, but surprisingly the Alocasia thrived, I think it looks better now than ever before! 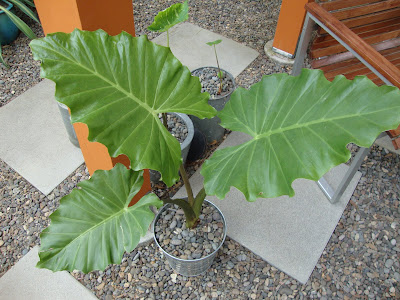 The rest of them are slowly responding as the temperatures warm. I’ll do this again next year as it beats buying replacements. 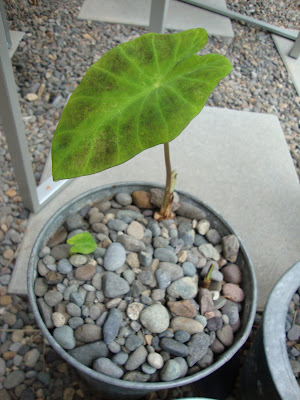 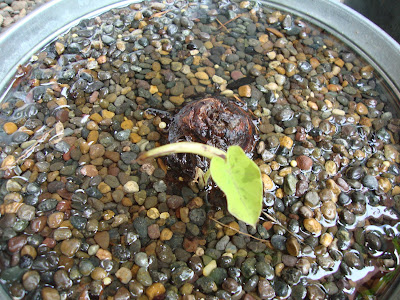 Finally in case I haven’t officially reported on the success of the shade pavilion all wrapped and acting as a greenhouse, it was hugely successful. We used a small space heater on the nights the temperature dipped dangerously low. Outside were nights in the mid teens but inside it only briefly dipped below freezing. Not bad! Everything thrived and the only near death was from a plant I forgot to water. That’s the problem with growing so many succulents; you forget other plants need a little more water!

Oh and the best part…the shade pavilion is back to being just that. Memories of its greenhouse days are already starting to fade as the long days of summer stretch out ahead… 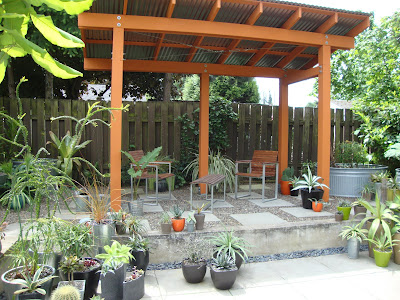