I have a confession to make, seeds intimidate me. There is so much power in that little brown (or black, or beige) speck and I have this irrational fear that I am going to do something wrong in planting and absolutely nothing will happen. Irrational because usually something does happen, but every time I plant seeds I am still completely blown away when the first little green sprout emerges.

I planted peas back in late February and they are coming along nicely, in fact it’s about time to string the support twine so they can start climbing. The sight of them makes me so happy! 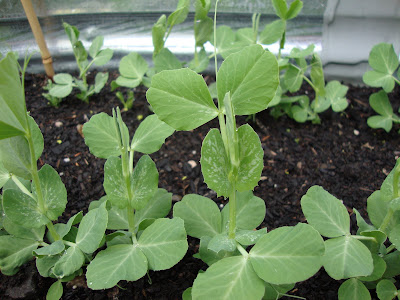 This year I decided it was time to get over my fear and do some serious seed experimenting. My subjects would be seeds I collected from my Hesperaloe, Manfreda maculosa (or Rattlesnake Agave), and a neighborhood Datura. Plus I ordered 2 varieties of Castor Bean seeds from Baker Creek Seeds, Gibsonii and Zanzi Palm.

First of all the look of the different seeds is so interesting! The Castor Bean seeds (these are Gibsonii) are beautiful (and deadly since they are the source of Riacin). 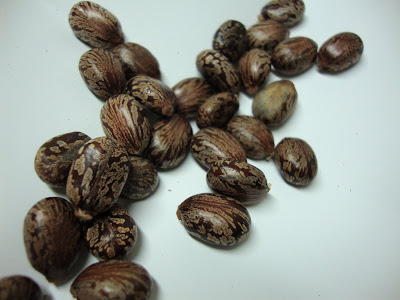 And Manfreda maculosa are similar. 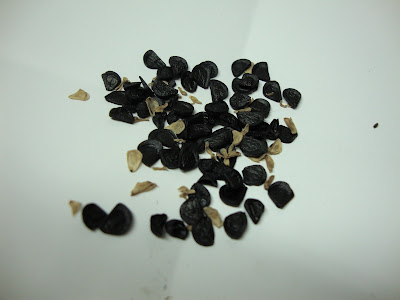 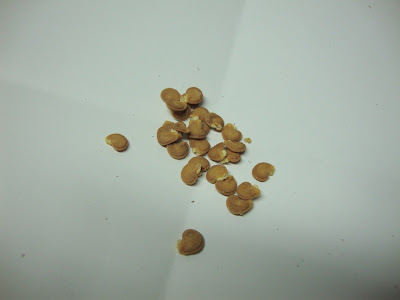 I was reading Making More Plants: The Science, Art, and Joy of Propagation, by Ken Druse at the time I planted (February 26th), he recommended nicking or filing the Castor Bean seeds since their glass-like coating would keep them from germinating unless it was compromised. Knowing they are very poisonous I wore rubber gloves and was careful not to inhale since a fine dust fell as I was filing them. I also slightly nicked a few of the other seeds, before planting. 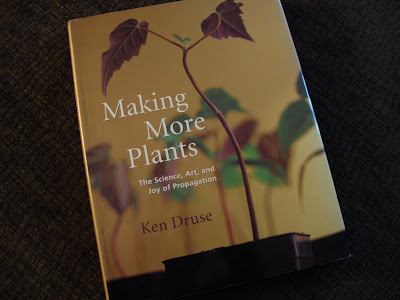 Another hint from the book was to cover the top of your newly planted containers with grit; this keeps you from disturbing the seeds when you water and helps to retain moisture in the soil. Since I had chicken grit on hand (for increasing the soil drainage when planting agaves) I went ahead and did this. It worked great although eventually it mixed in with the soil, but not until after the seeds had germinated. 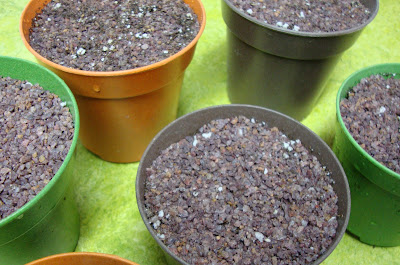 The Castor Bean seedlings have been fascinating to watch, it’s like you can almost see them growing right before your eyes! As soon as they appear they are strong and healthy. These are the perfect seed for someone who is a little put off by the whole seed thing, unless of course they are put off by the whole highly poisonous thing. 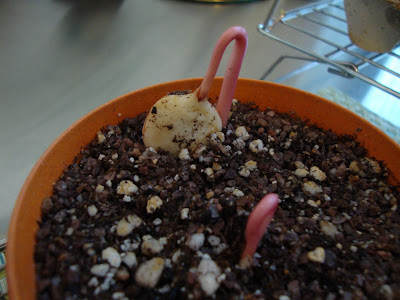 Not so spectacular are the Hesperaloe seedlings. They took almost a month to appear and unfortunately the seed isn’t falling off to reveal leaves but just falling off leaving a blunt end on the seedling stem, hopefully you can see this in the picture below. This can’t be good! Perhaps nicking wasn’t enough and I should have soaked them? Since I have more seeds I think another experiment is ahead, in the mean time I’m cheering for the ones that still might come of to reveal little leaves. 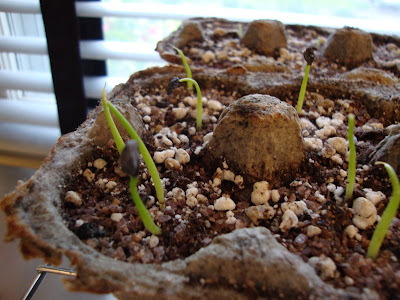 The Manfreda maculosa sprouts are being shy and keeping their heads in the soil. Hopefully they won’t be doing the same thing as the Hesperaloe. 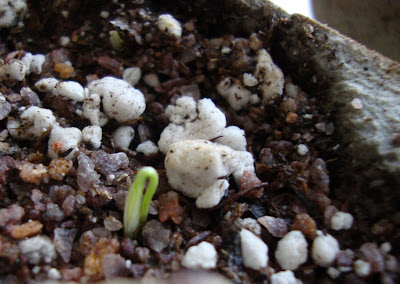 Shortly after planting I talked with someone who has grown many Castor Beans from seed. She felt that in order to have success I should have soaked the seeds rather than nicked them. So since mine hadn’t shown any signs of life yet and I had seeds left I thought I’d better give that a try too. More success! How many Castor Bean plants does one garden need?! 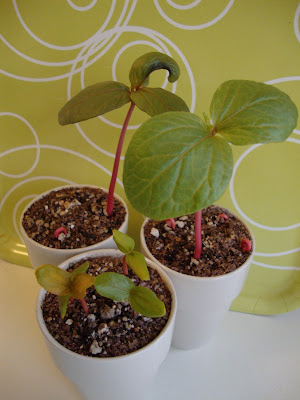 When growing seeds what a difference a couple of weeks make! Here’s a picture from March 13th… 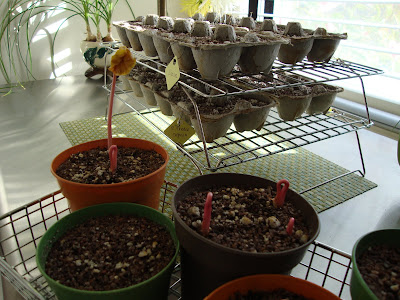 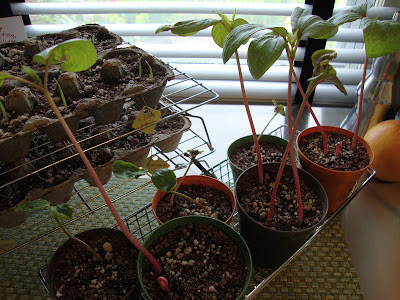 And the Castor Beans are getting their first true leaves! I guess I’d better start hardening them off so they can be planted outdoors soon; our average frost date is April 3rd (safe date is the 26th). 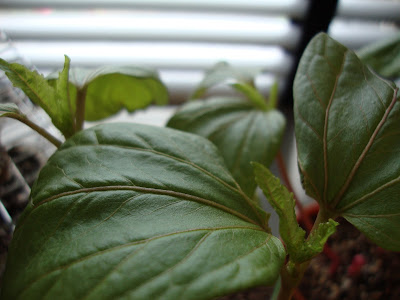 This means soon I’ll be planting more vegetable seeds outside and holding my breath wondering if anything will appear…
*(btw I should have noted when writing this yesterday that the Datura seeds have not shown any promise...yet)