If I were a rich girl

I thought I was over my “palm love” stage, this stage hit shortly after moving to Portland and discovering that some palm trees actually grow here! I bought a small Washingtonia robusta at Home Depot the first summer in our house. Of course it died a couple of winters later, (around this same time I finally realized that plant tags sometimes paint a rather “optimistic” picture of the plants hardiness). Photo from August of 2007…it died that winter. 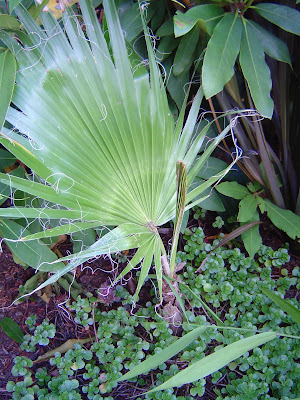 That same summer, on our first-ever trip to Cistus Nursery, we bought a Mediterranean Fan Palm (Chamaerops humilis). I loved that palm. It was a painfully slow grower although it did produce a few pups (palm pups?), but it's no longer with us, a victim of back to back harsh winters. This is it in August of 2007... 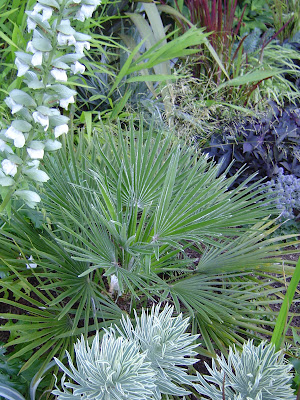 And this is it today, not so pretty eh? It will be coming out as soon as I work up the energy to dig it and a nearby Acanthus that is being moved. I'll try to salvage the pup. 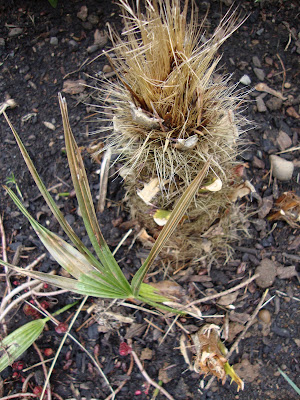 Our neighbor has an amazing Trachycarpus fortunei we can see from our living room and the media room. I love this palm. 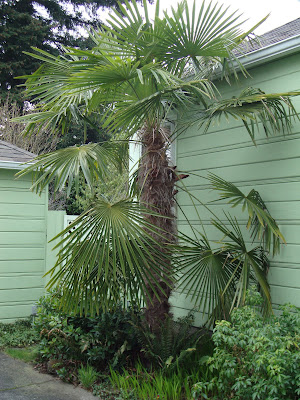 When our huge Rosemary shrub up and died we decided we needed a Trachy too. Unfortunately we stuck it in a pot so it hasn’t grown much (this picture from July of 2007, just shortly after planting). This is the year we are finally painting (our house and the neighbors garage, the wall behind the palm) so it will come out of the pot and go in the ground. Hopefully to grow as big as our neighbors! 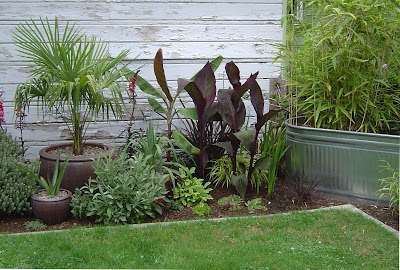 So coming back around to the title of my post, if I were a rich girl. I had a little time I needed to kill a couple of weeks ago and I was near a nursery that I hadn’t visited for months (dangerous combination). Wandering around aimlessly I found this… 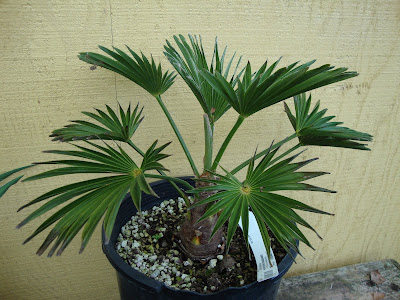 What a perfect specimen! The plant form, the shape of the leaves, simply beautiful, I was in palm love! The price for this charming (5-gal, I think?) Trachycarpus wagnerianus $119.99. If I were a rich girl, it would have been mine. But I am not.
I spotted a smaller 1-gallon for $39.99, it didn’t look so healthy however and it’s been a while since I’ve spent that on a plant…so I walked away empty handed (yes…it’s true! There are times I visit a nursery and buy nothing!). 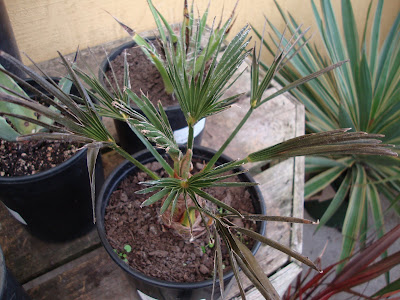 But (you knew there was another piece to the story didn’t you?) last week I was at Garden Fever (buying chicken grit for my agave pup potting project) and I spotted this! 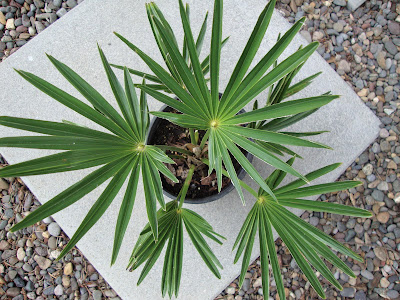 A very happy healthy 1 gal Trachycarpus wagnerianus tagged from Gossler Farms (so I know it came from good parents) for only $14.99! 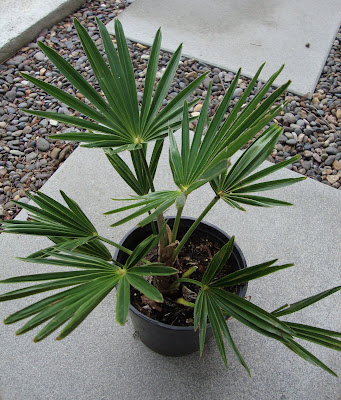 Proving you don’t have to be rich to have the good stuff. Just patient.