spiky plants out – spiky art in

If you’re a frequent danger garden reader you’ve no doubt read many a post where I refer to McMenamin’s Kennedy School. It’s our neighborhood restaurant, theater and lodging location in a building that used to be an elementary school. They also have a pretty kick-ass garden. I regularly check out what’s new, what’s growing and what’s gone. Their gardener is amazing.

Several times last year I posted about their newest planting area and it’s amazing agaves, aloe and yucca, the last time I was checking up on how things were doing after our week long deep freeze in December. Several plants were gone and others weren’t looking so good. I finally checked back a couple of weeks ago and was surprised to see more spiky plants had disappeared, and spiky art has taken their place. There’s a pair of this rusty version, you can see the second one on the upper right. 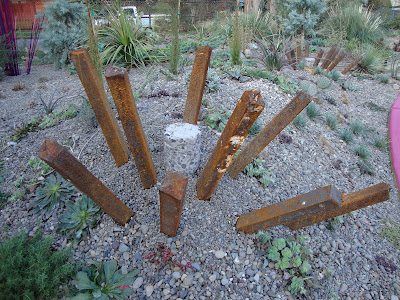 One has primarily flat ends… 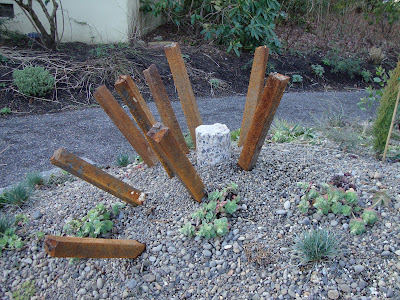 And the other has some pointy and some with holes. 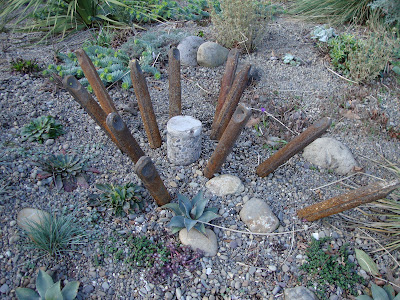 This version is very colorful… 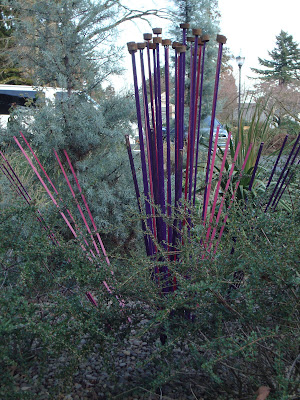 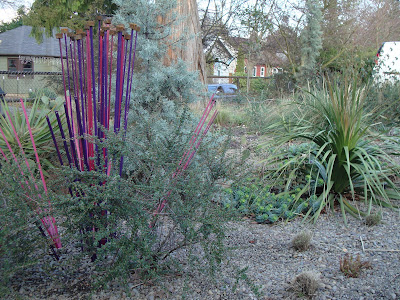 For the plants…there used to be a Manfreda ‘Macho Mocha’ right here...looks like it didn't make it. 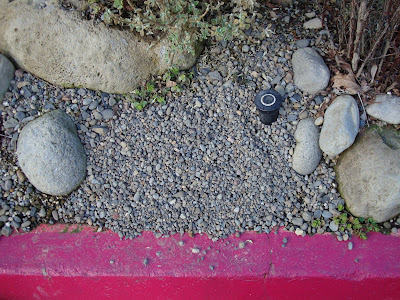 And this Agave victoriae-reginae looks to be on its way out. 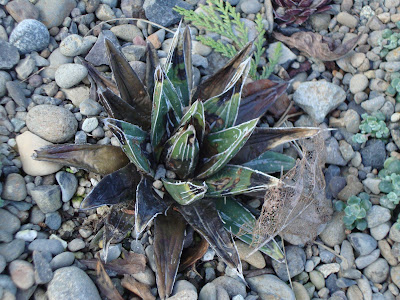 But this Agave parryi (?) looks like it’s going to be just fine. 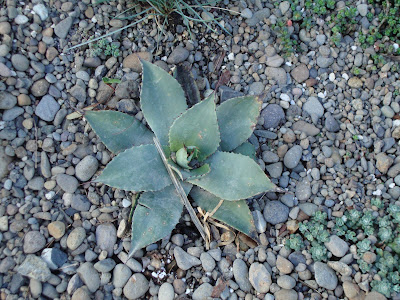 So what do you think…is spiky art a good substitute for spiky plants?