Awhile back I was researching the genus Dyckia and discovered a blog called Dyckia Brazil. The blog author, Constantino posts an amazing amount of beautiful pictures on his blog, which he says is beginning of a book: THE ALLURING DYCKIAS. Here is one of his photos… 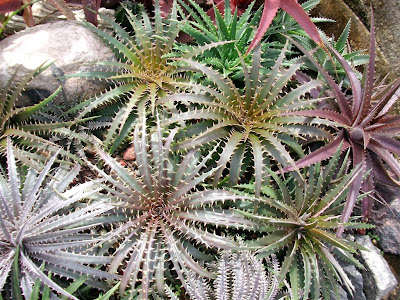 Members of this genus (Dyckia) of more than 120 species are all very hardy plants with thick, spiky, succulent leaves. They are often found in harsh environments and almost all come from central Brazil or southern South America.

The leaves usually have a waxy or glossy appearance with edges of sharp spines, which are sometimes very decorative. Nearly all dyckias are clump forming and are invariably left to grow this way as they are so spiky.”

There are currently 3 Dyckias in the danger garden collection, below is Dyckia platyphylla purchased last spring at Hughes Water Gardens, although there is nothing water garden about this plant. 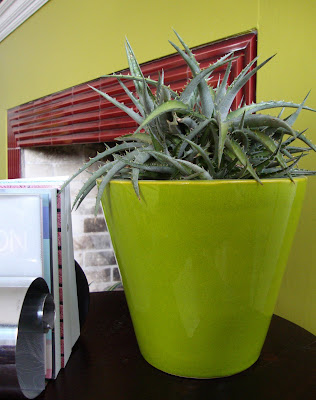 Everything I read warns that if you must plant a Dyckia in a pot be sure to use a larger size than you normally would because they have a very large root mass. Obviously I didn’t know this when I planted this one. It seems to be doing ok, but I think it will get an upgrade when it moves back out side for the summer. 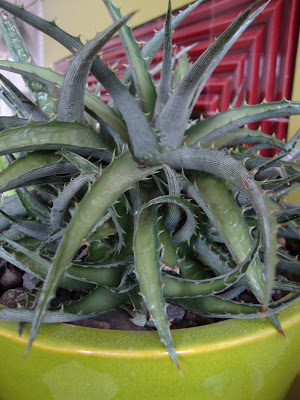 An un-named Dyckia purchased at Rare Plant Research last May, which was bright purple/red then but has faded to a dingy brown green since being overwintered in the house. 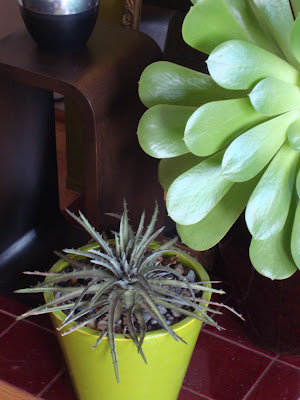 Hopefully it will color up as soon as it’s basking in the warm sun. 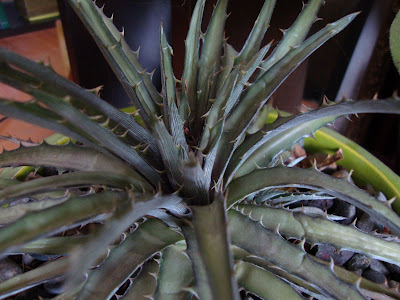 And the newest, a Dykia hybrid labeled Burgundy Ice, which is supposedly hardy as low as Zone 7. I went ahead and planted it in the ground, so that will be a true test. 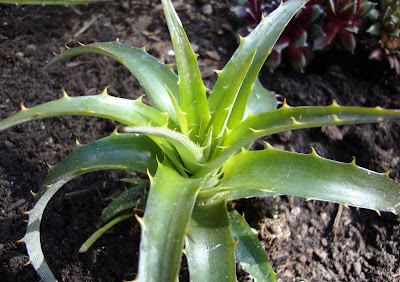 Evidently I’m not the only one who enjoys perusing the photos on Dyckia Brazil, Andrew of All Andrews Plants posted about them when he shared is Dyckia wish list addition a week or so ago. 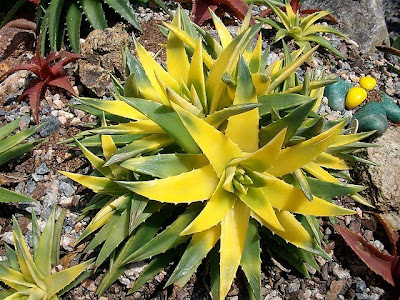 Looking at the marvelous collection of photos posted daily on Dyckia Brazil (that's another of his above) I think my main question is…how does he keep them so CLEAN? Seriously! These are very spikyplants. In my garden debris from other plants is always lodging in the hard to get areas on my spiky plants, how are all of his close ups so picture perfect?