Acting on a tip, I drove over to the west side of Portland on the hunt for a couple agaves... 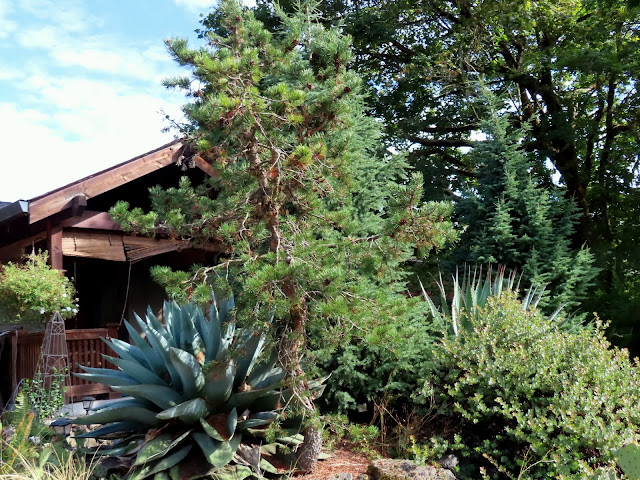 And found them! Walking up to photograph I spotted someone in the driveway, so I asked if it was okay to photograph the agaves. She must have thought I looked fairly harmless and shrugged her shoulders and told me to go ahead. I could tell from her reaction she didn't have a real vested interest in the plants, but I thought I'd push my luck and asked if she planted them, nope they were the work of her dad, planted when she was just a baby. 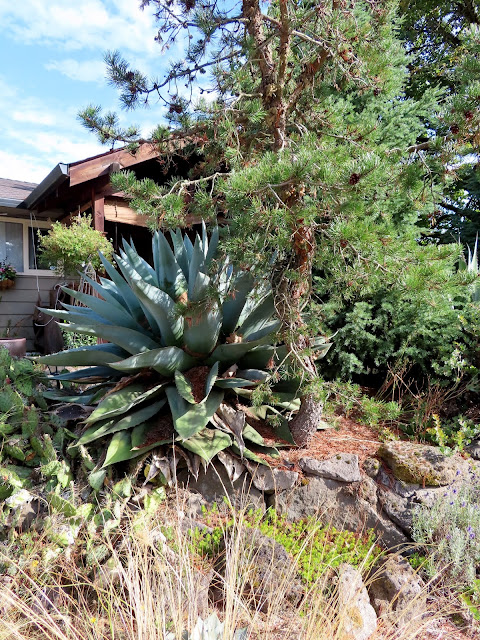 Now what you need to know about me is I have zero ability to judge someone's age. Back when I worked retail and it was customary, when accepting a check, to ask to see ID, I always played the "how old are they" game in my head. I was always wrong. So she must of sensed the fact I was trying to decide if it was okay to ask her age when she shared, "so they've gotta be over 40-yrs old"...
This one has some similarities to an Agave ovatifolia. 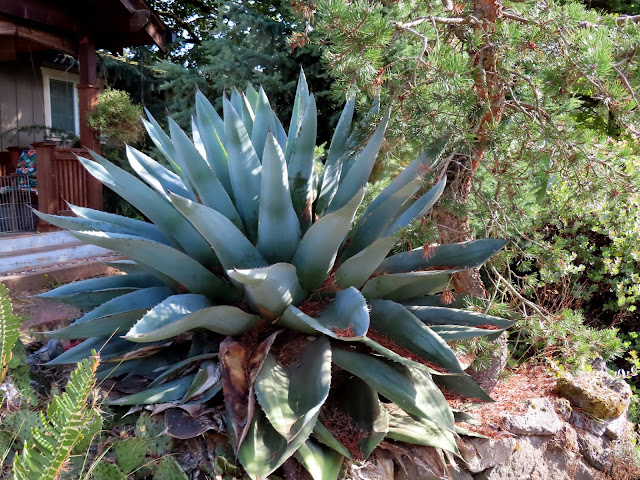 This big boy is a mystery, although maybe an Agave montana? 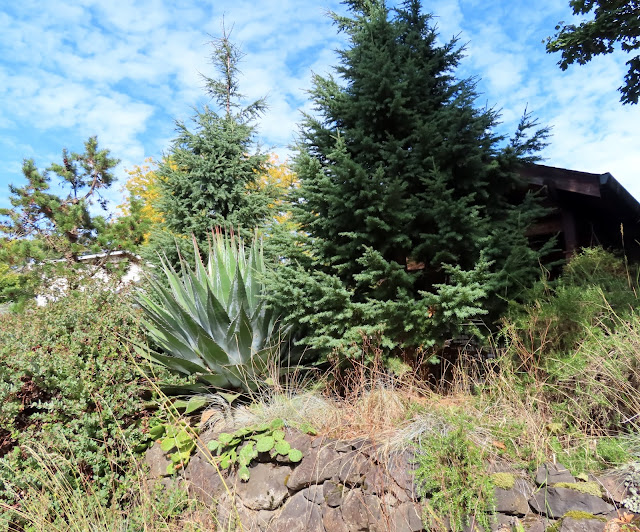 It's a looker whatever it is. 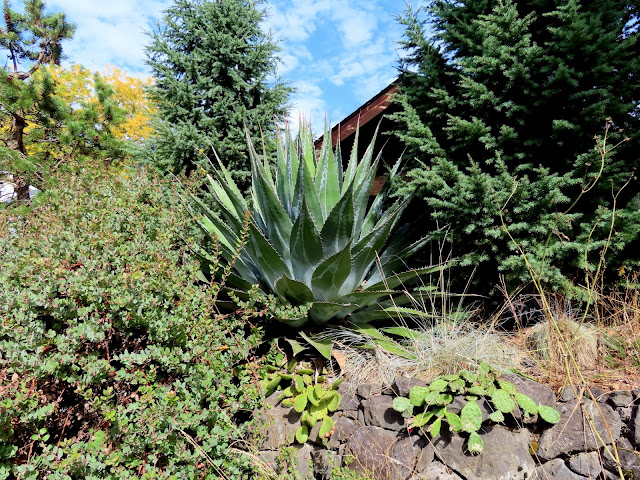 I could not stop snapping photos! 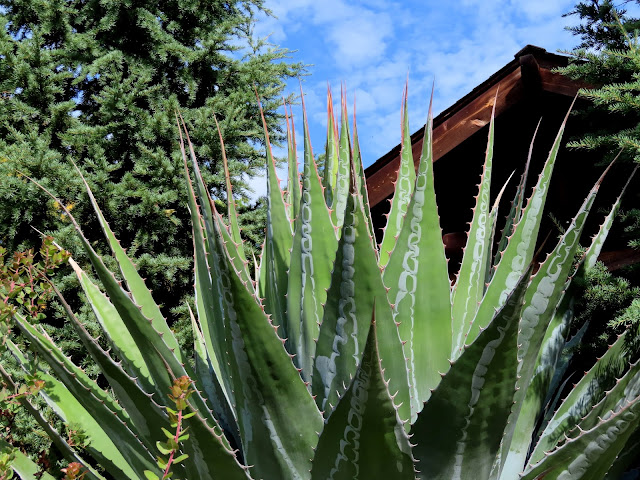 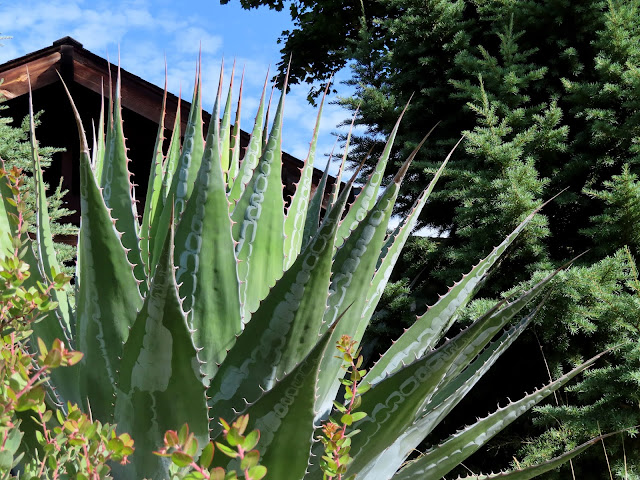 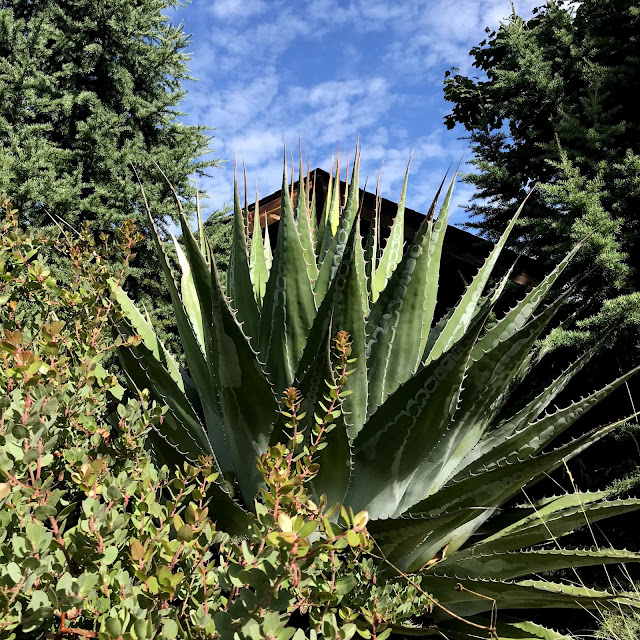 Finally it occurred to me to line it up with the roofline. Bingo! That's the shot. 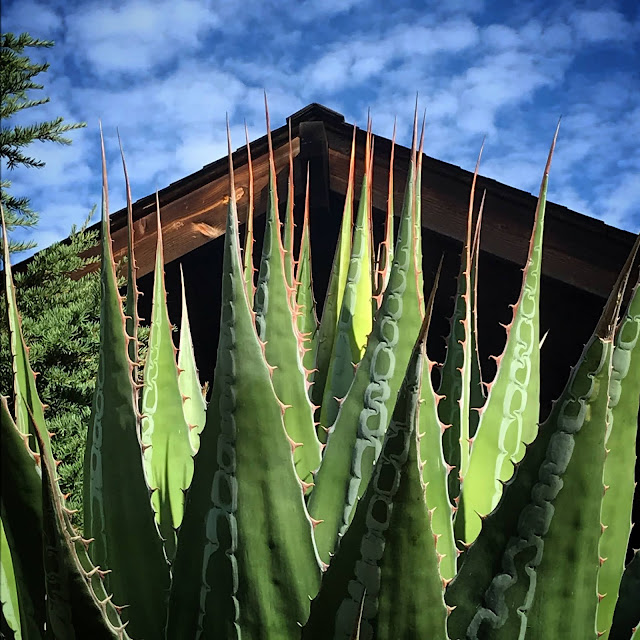 There were a few opuntia tucked into, and at the base of, the old rock wall. 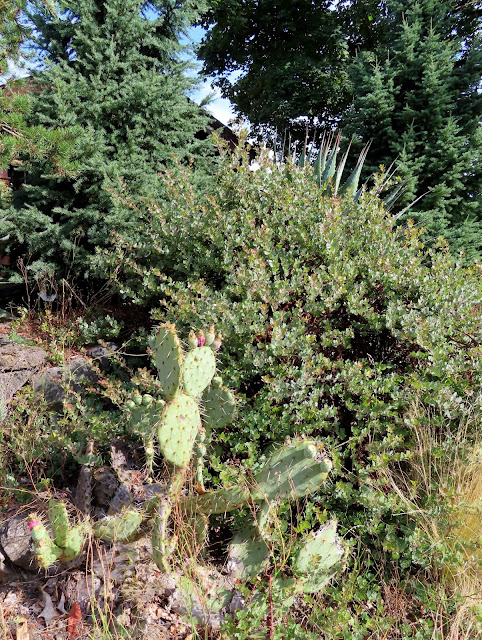 And an Agave parryi partially obscured by grasses. 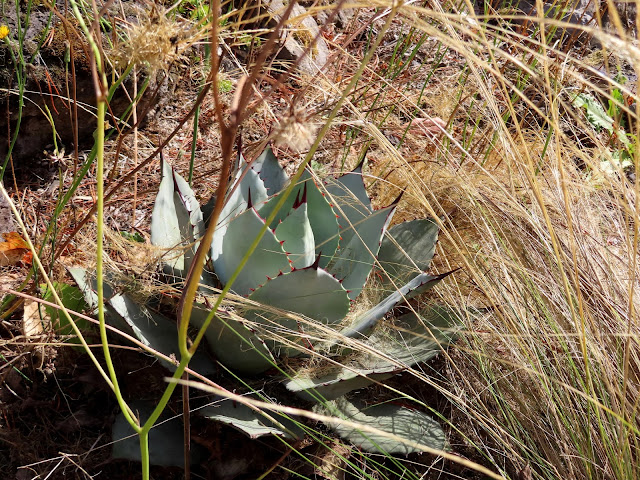 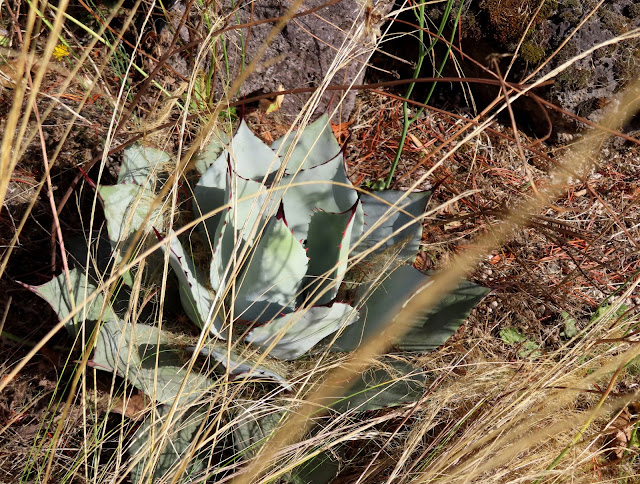 Thanks for the tip @primativemodern! 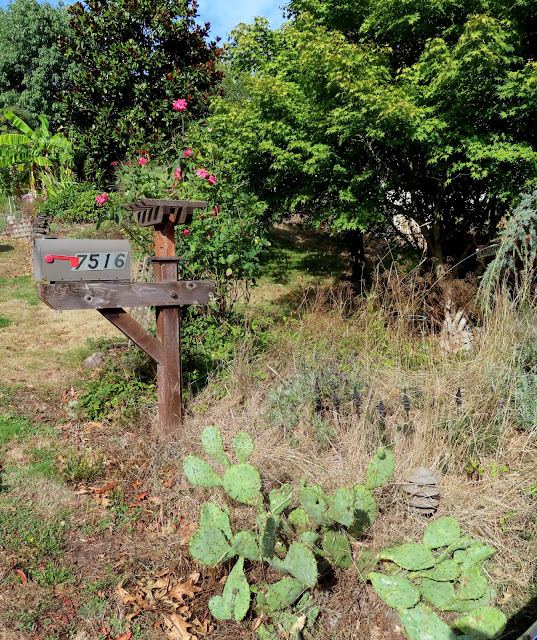 Labels: Agave, on the sidewalk, Opuntia