The Gardener, a film

It was quite sometime ago that I made a note to watch The Gardener, a 2017 film about Frank Cabot—the founder of the Garden Conservancy—and his garden Les Quatre Vents, a twenty-acre English style garden and summer estate in Quebec. I finally made the time. 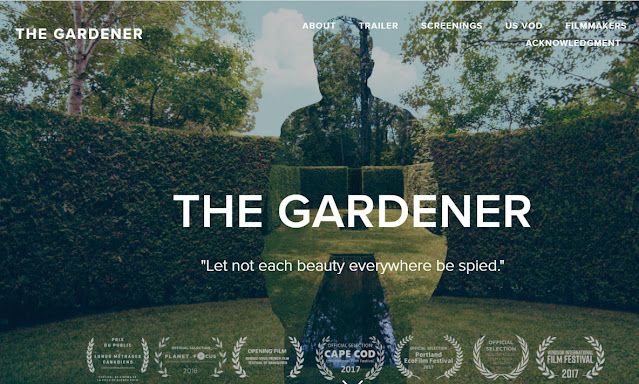 If you're curious, you can watch the trailer here, and the Garden Conservancy website lists multiple ways that you can watch the film, I watched on Amazon Prime. If you're looking for something to do this winter I recommend watching it yourself.
I do love listening to people talk about gardens and gardening—even if the garden being talked about is very different from those I typically enjoy—and there is a lot of that here. Equally interesting is talk about gardeners. In the film Penelope Hobhouse (British garden writer and designer, among other things) says this about Mr. Cabot..."I don't know what a genius really is, but very often geniuses are a little mad as well, and if he hadn't had a lot of money, you might have said he was." 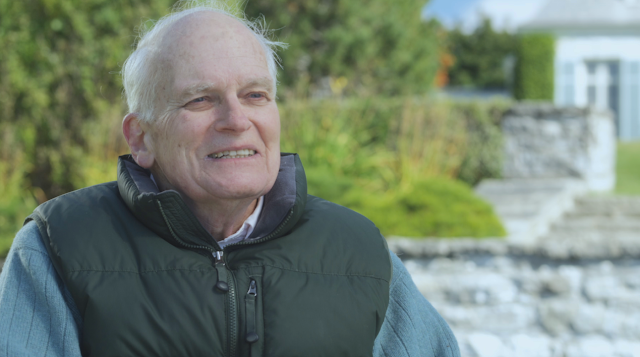 Frank himself has this to say about visiting gardens: "I see visiting a garden as basically an emotional and sensual experience, as well as something that is filled with surprise." Very true. He also talks about how he prefers people not talk when visiting a garden, you should be focused on taking it all in. I can agree with that sentiment when visiting a public garden. However when visiting a private garden, well then talking with owner and other visitors is half the fun.
The French word "frisson" was thrown around quite a bit in the film, it translates to "thrill." I think it was Frank and Anne Cabot's son, Colin, who said "frisson of delight"... I think that's my new favorite phrase. To be reserved strictly for use when visiting gardens, of course.
I was hoping there would be a bit about the founding of the Garden Conservancy, and finally at one hour and twelve minutes into the film Anne Cabot mentioned visiting Ruth Bancroft's garden, where the idea of the Conservancy began. They also showed a few photos of Ruth's garden, which were a relief for my eyes, after over an hour viewing clipped hedges and lawns, as lovely as they can be. 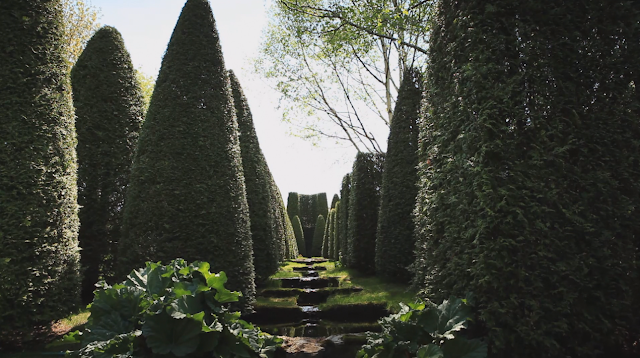