This photo was taken back in early September, when it was warmer, much warmer 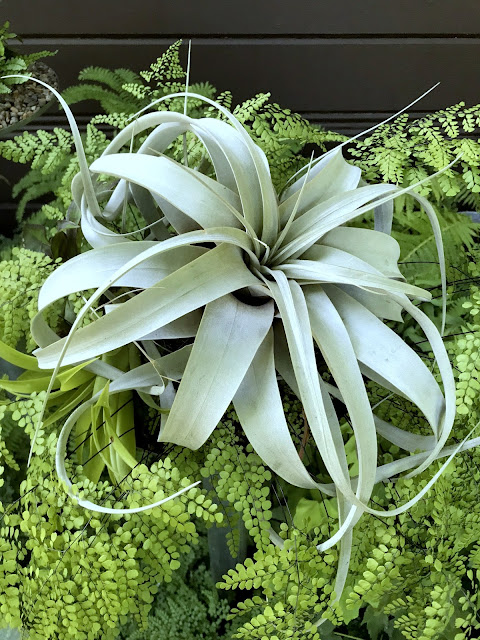 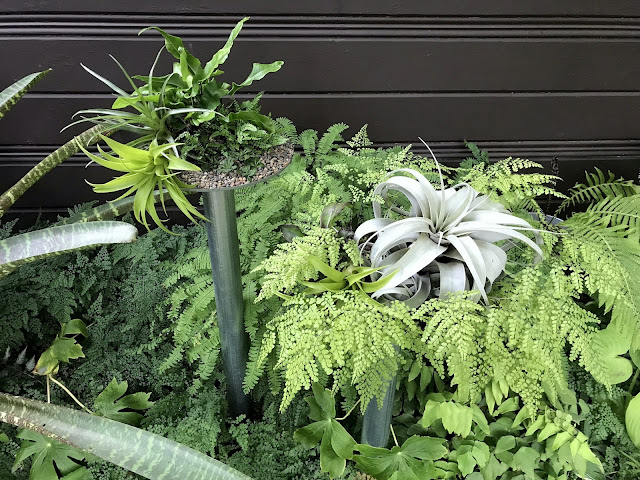 I replanted the dead (and thus empty) one with a combination of Asplenium scolopendrium (hart's-tongue fern), Asplenium trichomanes (maidenhair spleenwort) and some Saxifraga 'Primuloides' from elsewhere in the garden. They've grown quite a bit in a short time. 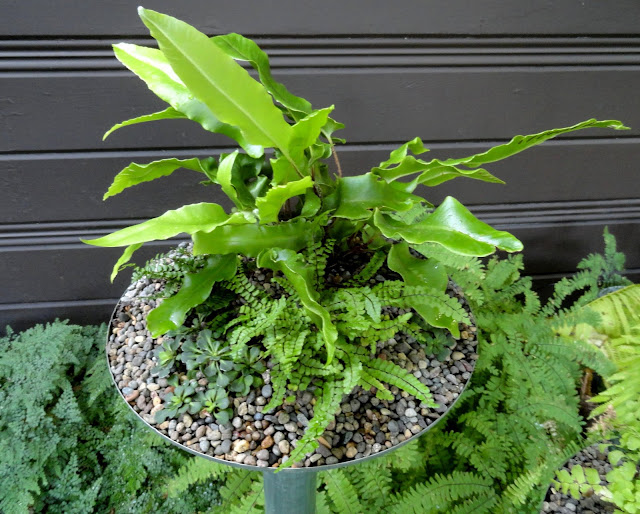 Here's the bottom of one of the Asplenium scolopendrium fronds. From the Missouri Botanic Garden website I learned..."Sori are arranged on the frond undersides in rows that purportedly resemble the many legs of a centipede (skolopenda meaning centipede in Greek)." Who knew? 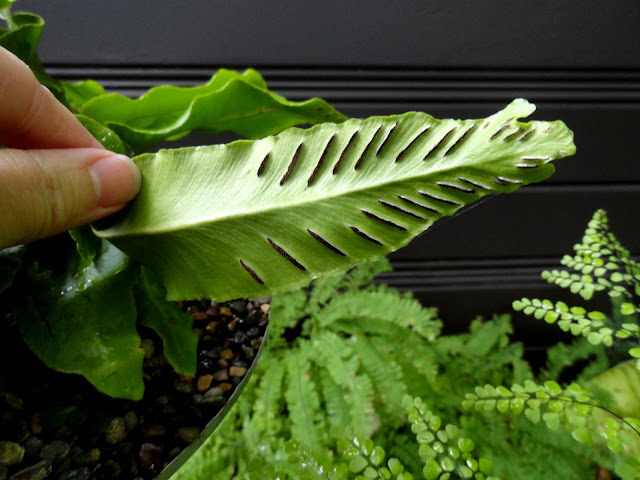 Once I took the various tillandisas out of these containers (into the house, due to cold) I was left with this. The one on the left looks fine, but... 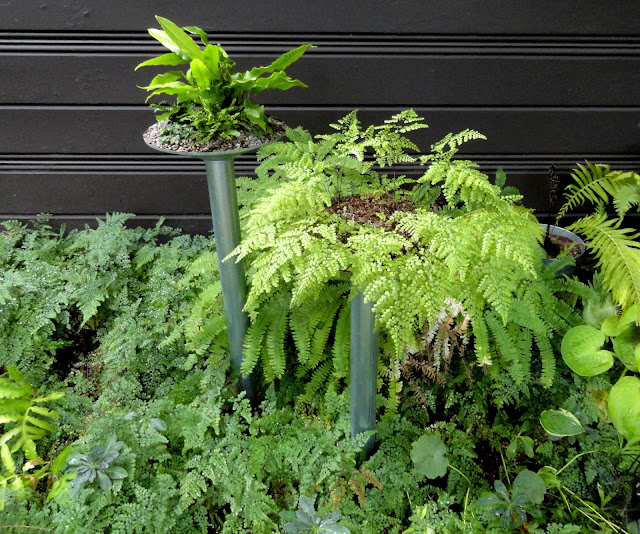 The one on the right is not attractive. 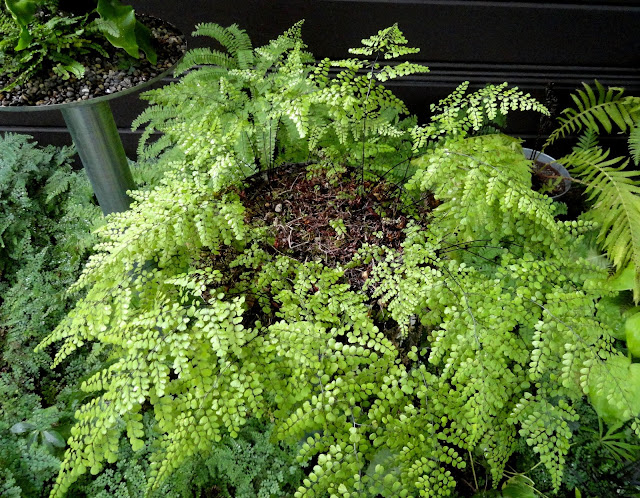 I pulled the maidenhair fern out and chopped it into smaller pieces that I'll plant around the garden. 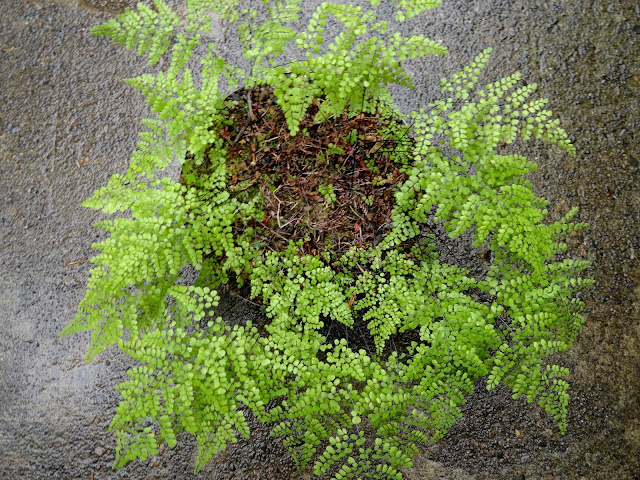 Then I replanted the dish (note: opportunity to buy new plants!) with these... 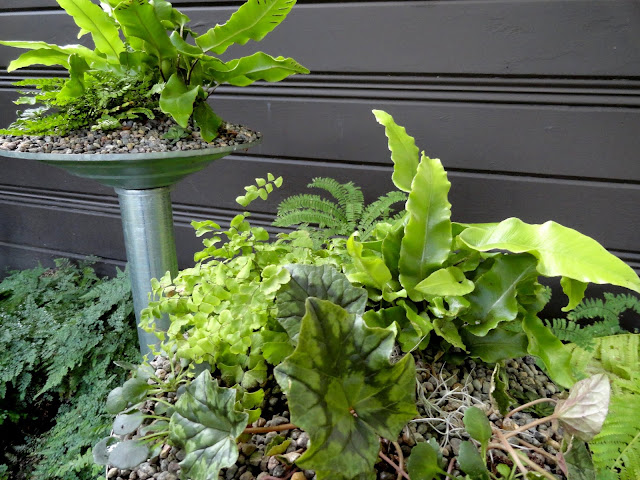 There's an Asplenium scolopendrium, an Adiantum x tracyi (a naturally occurring cross between Western Maidenhair (A. aleuticum) and the California Fan Maidenhair (A. jordanii)), and a Cyclamen hederifolium, along with more saxifraga. 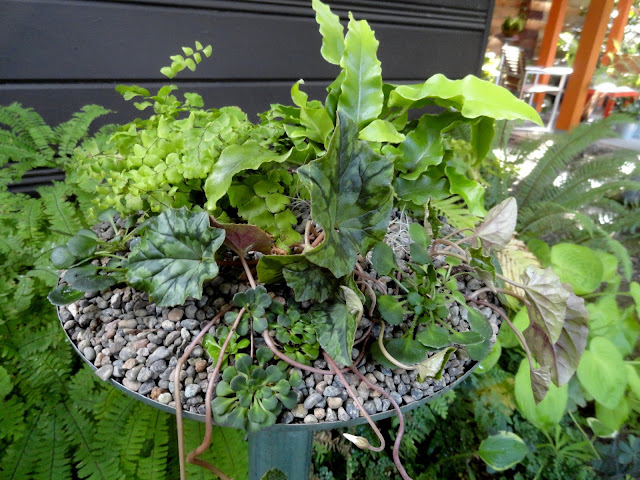 When I pulled the cyclamen out of it's container I was surprised to find the stems circling around and around. 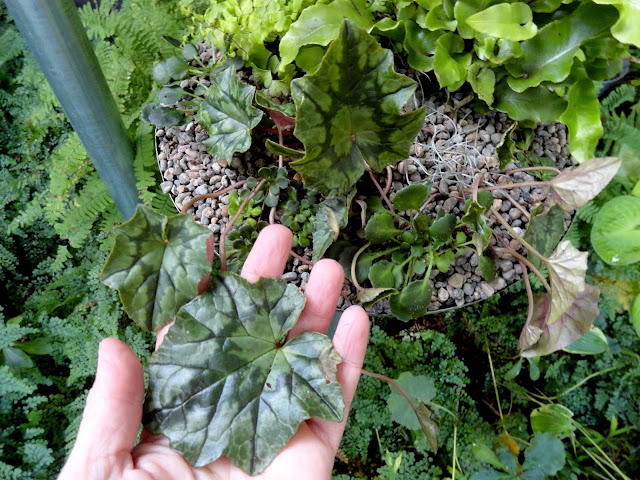 As a result, they flop over the edges of the planting dish. I'm hoping they'll eventually face upright. 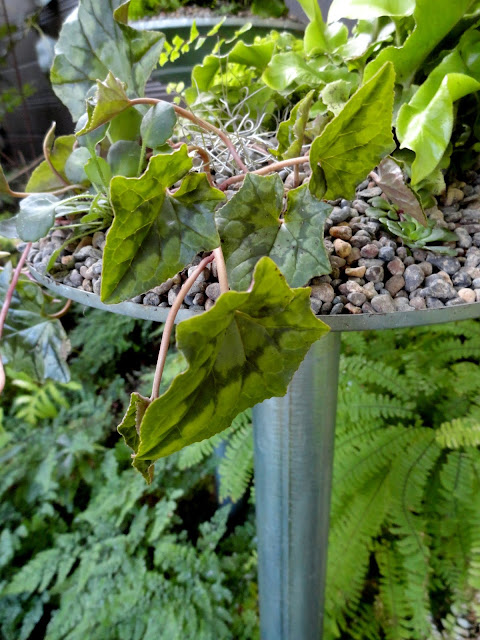 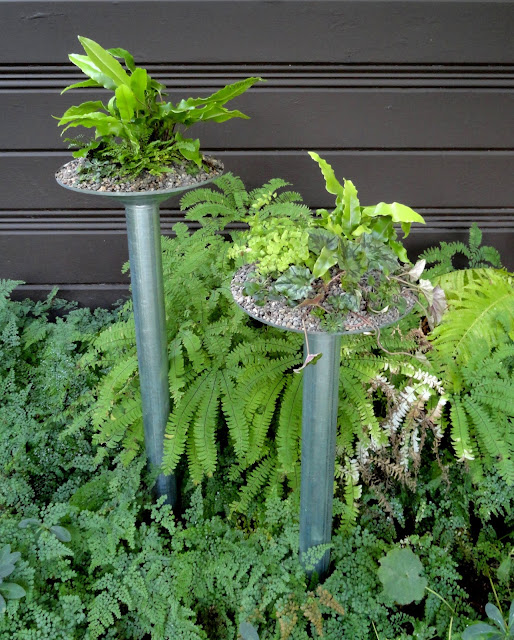