Potting up an Agave — a rant and a recommendation

I went a little crazy earlier this spring and bought three qty 2-gallon Agave utahensis v. eborispina. After thinking long on what I wanted to do with them it was finally time to put one in a container, and so I popped it out of its nursery can. Imagine my surprise when the soil fell away and I was left with a 4" root ball. Yes that plant on the right came from the same exact container that you see on the left. 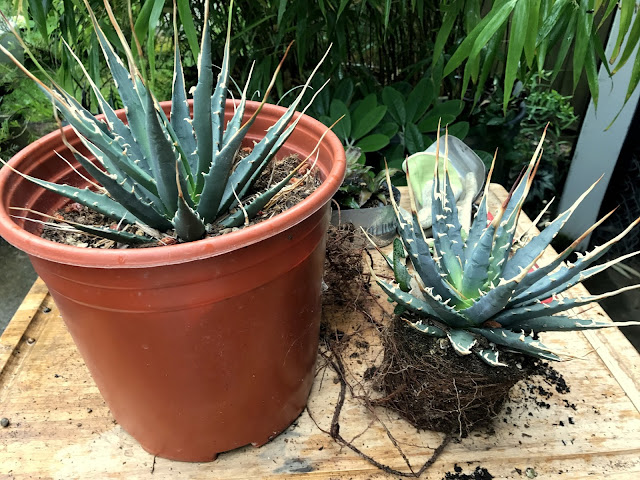 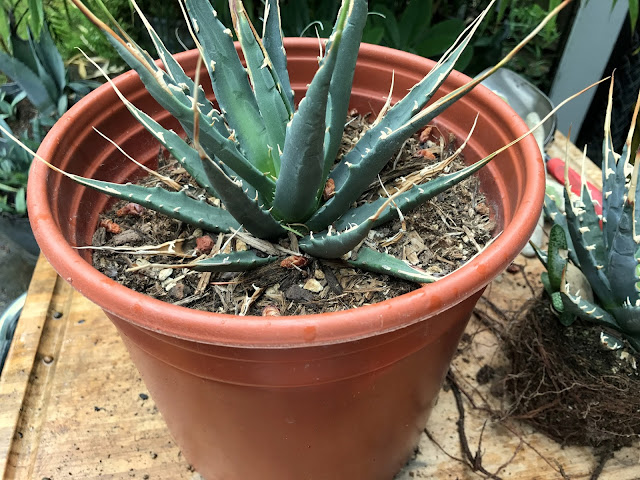 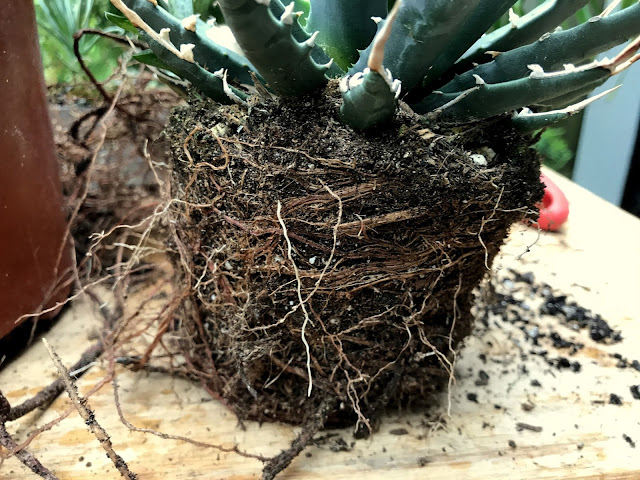 And once I worked all the soil away from the base of the plant there was even less mass. 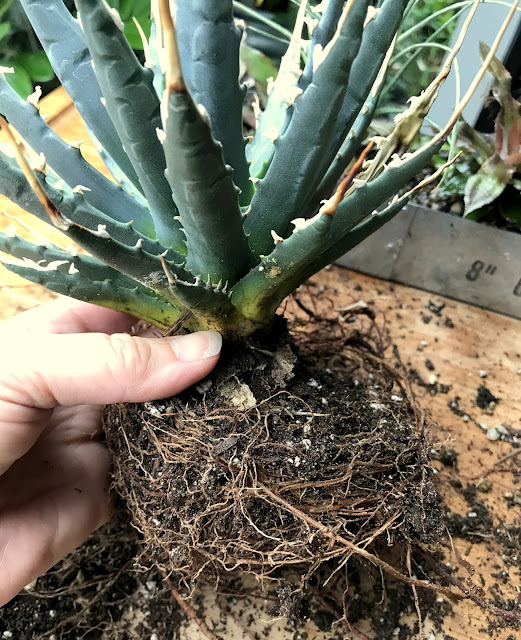 What's the story? I really want to imagine a scenario where the grower has the plant's best interest in mind. But honestly it seems less about that and more about potting up the plant so the price tag can be inflated. I bought two Agave bracteosa from the same (California) grower from a different (local) seller earlier this spring. They were in a 1-gallon can. Upon popping them out to plant I was shocked to end up with a root-bound mass that filled the top half of the can, and compacted soil of a different consistency filling the bottom half. Obviously neither one of these instances affected the health of the plant, but as the customer I couldn't help but feel I was paying for a inflated pot size. Not cool!

Okay, that was the rant. Now for the recommendation. Awhile back I wrote about a pair of pruners from Corona Tools, they were labeled as grape snips but I found them to be extremely useful for pruning out a dead or decaying Agave leaf growing in the middle of the plant, like this... 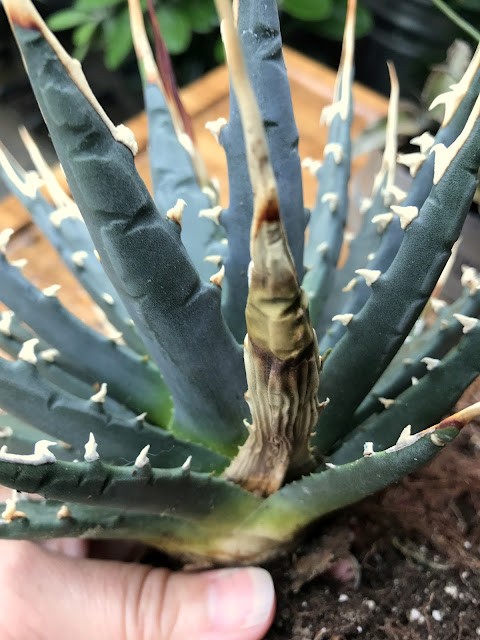 The curved blades of the grape snips were perfect for the Agave cutting task. Sadly snipping grapes and cutting out Agave leaves require vastly different tools and I quickly broke my originals. Amazon to the rescue! Andrew spotted these Sure Cut grape snips online and ordered them for my birthday, which isn't until next month but the package was accidentally opened the day it showed up (oops!) 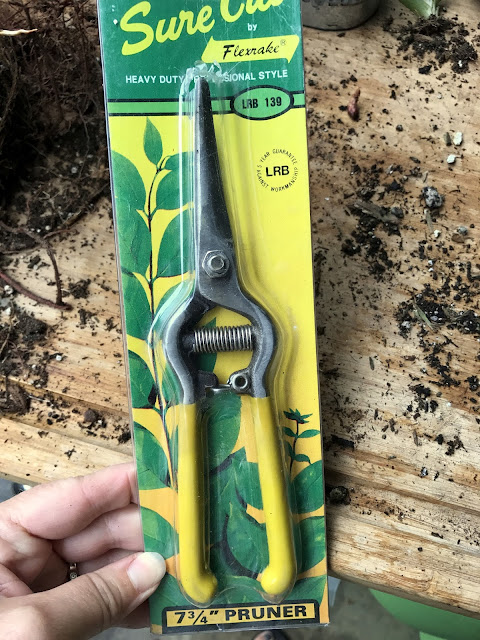 I love the packaging 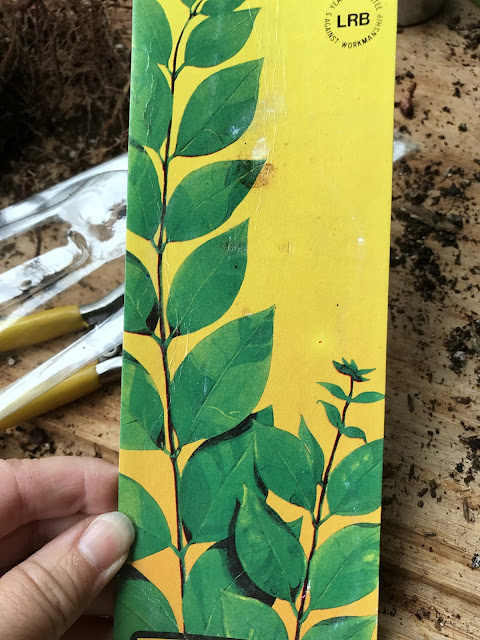 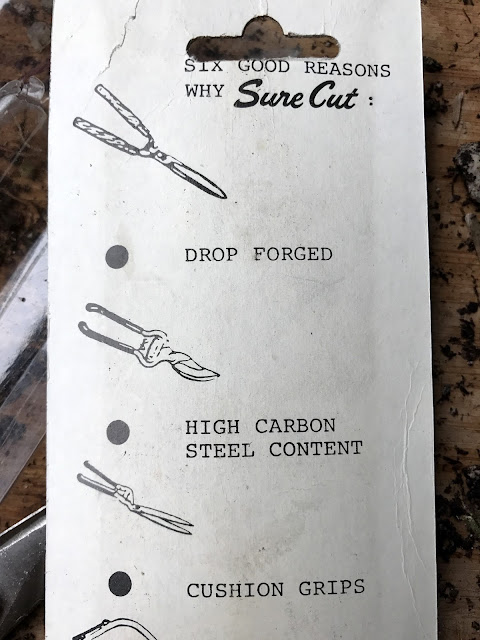 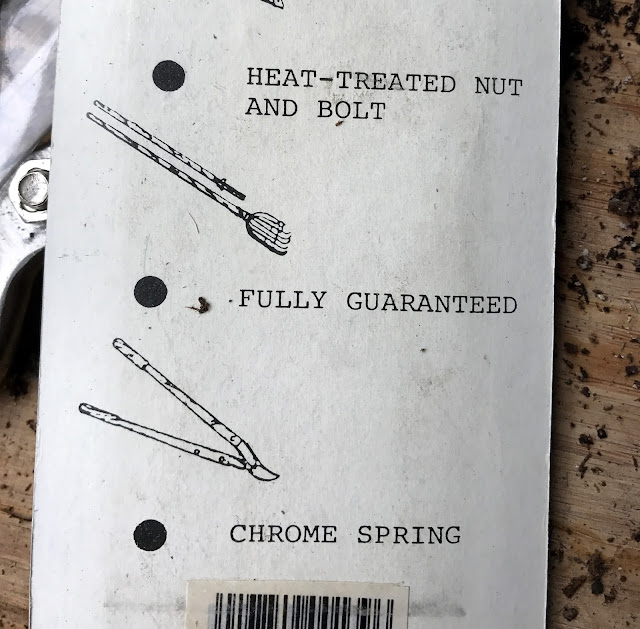 And the snips themselves are the real deal. I predict many happy years of use. 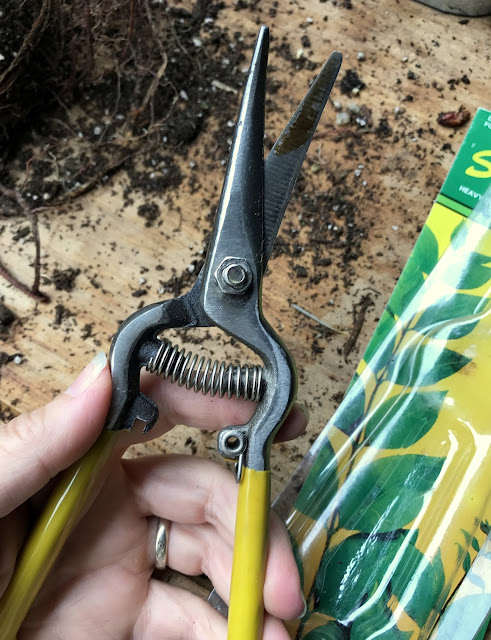 I highly recommend the purchase should you find yourself in need of a tool that can get in between good Agave leaves to remove the bad. It's a delicate job! 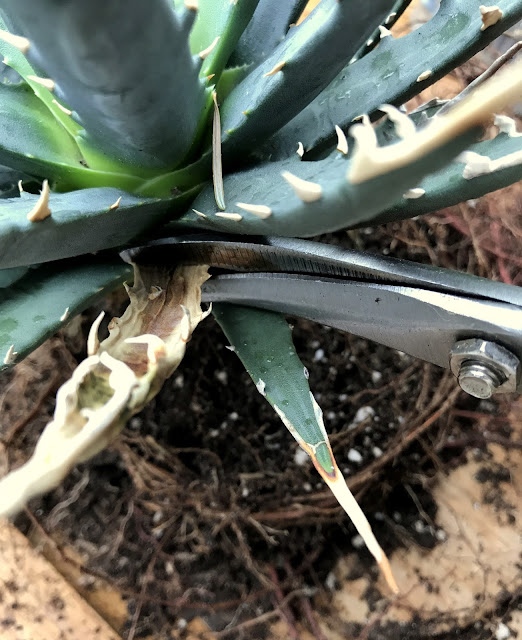