I love you Corona! (or how procrastinating paid off)

You've heard me complain — this winter has been wet, very wet. We've broken all sorts of records for precipitation. Skies like this one (on February 2nd to be exact) with that beautiful shade of blue, have been rare. 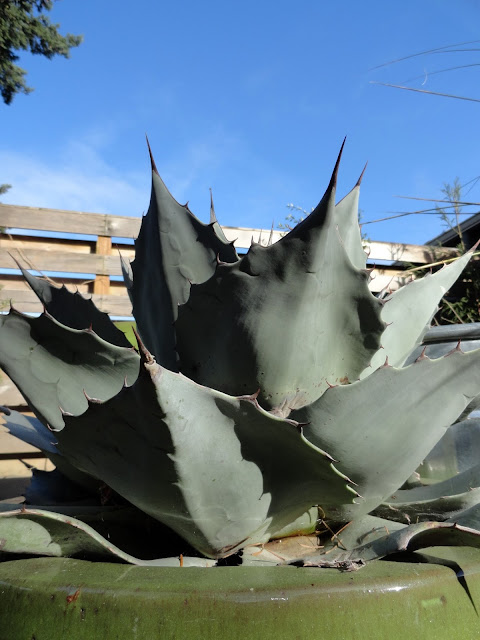 When I decided to plant an Agave ovatifolia in this large container I knew it wouldn't be going anywhere over the winter (too heavy), so I built a little cover for it out of PVC and an old shower curtain (that story here). Last winter was such the cover came off frequently, this wet winter however, has meant it's stayed on, a lot. Too much... 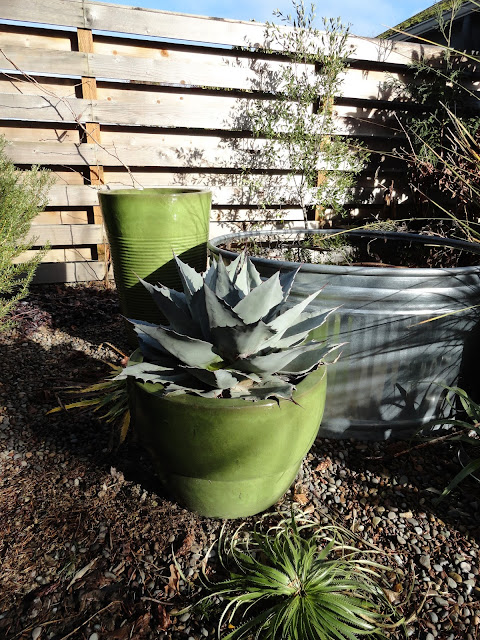 We have a problem. 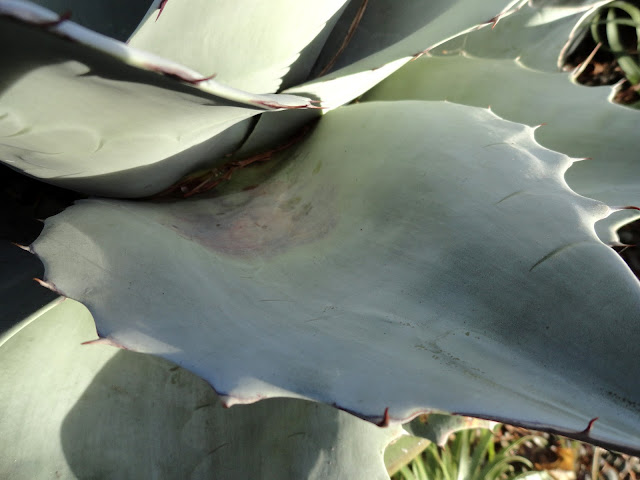 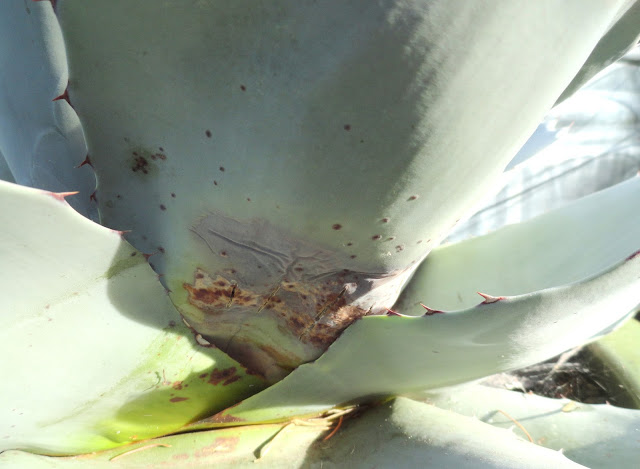 How to get in there and cut it out without creating an even larger problem by damaging the leaves around it? 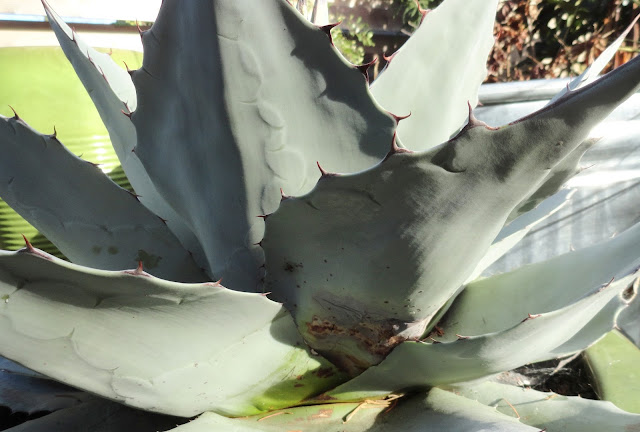 Well I did like any smart lazy person would do and put that off for another day...

Wednesday February 24th was that day. It had gotten a lot worse over those three weeks. 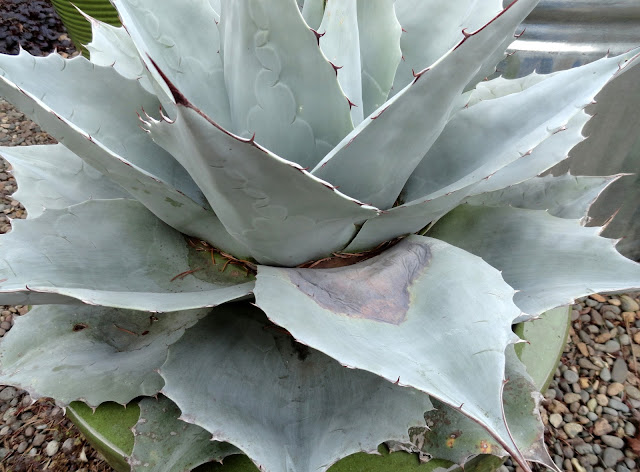 My usual tool for cutting off rotting Agave arms is a serrated steak knife, it works like a charm. However there was no way to get in there and cut without doing damage to the other leaves. I tried a couple of my other snips and pruners but none were up for the job. 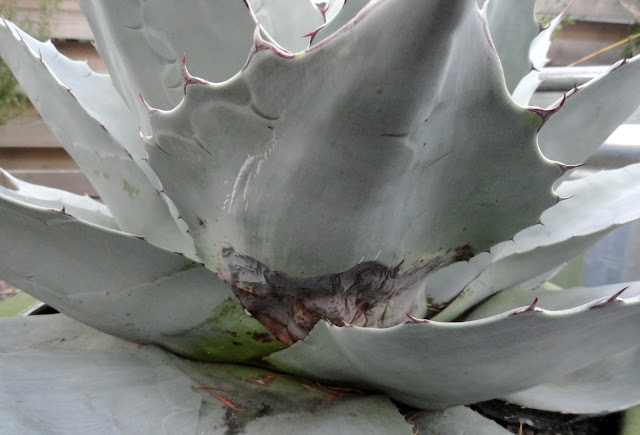 Then I got an idea! What about those odd curved grape snips Corona put in the swag-bag I received at the NWFG Show tweet-up? 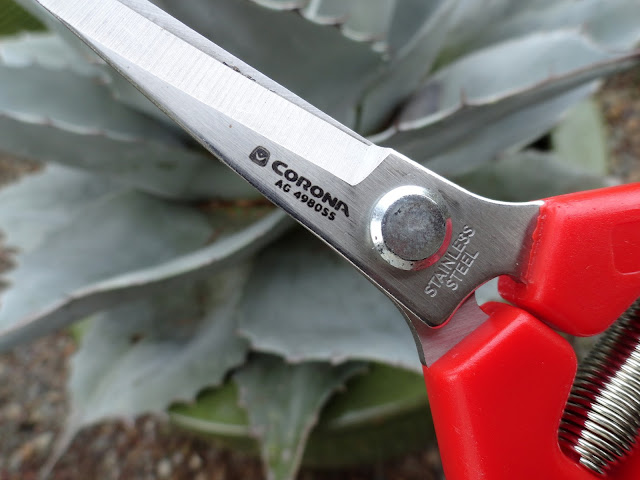 I remembered looking at them and thinking they were strange, what with their long curved blades and small body. 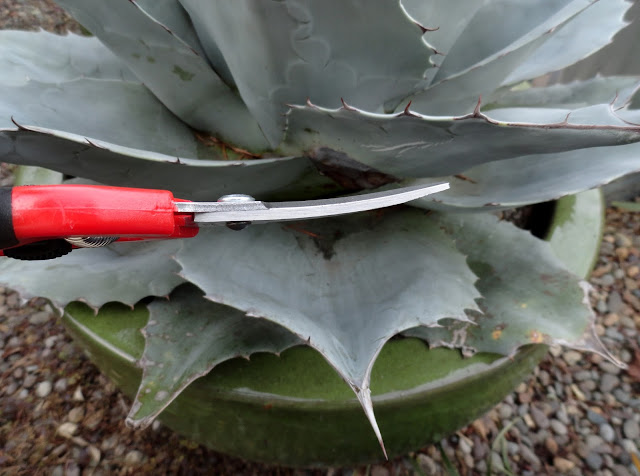 But there couldn't have been a better tool for the job. 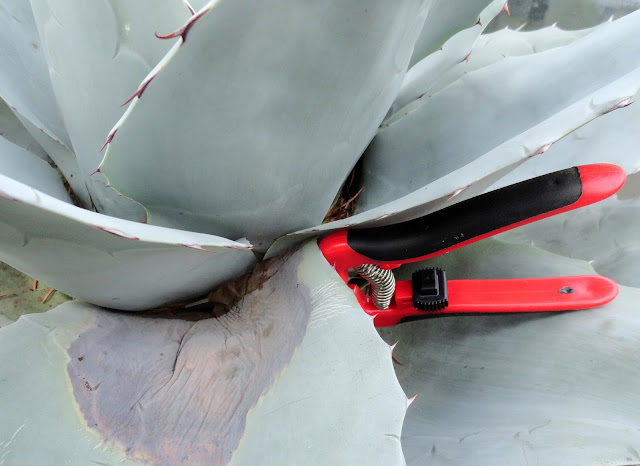 They fit in there perfect, the curve echoed the natural shape of the agave, and they were so sharp that cutting was effortless. 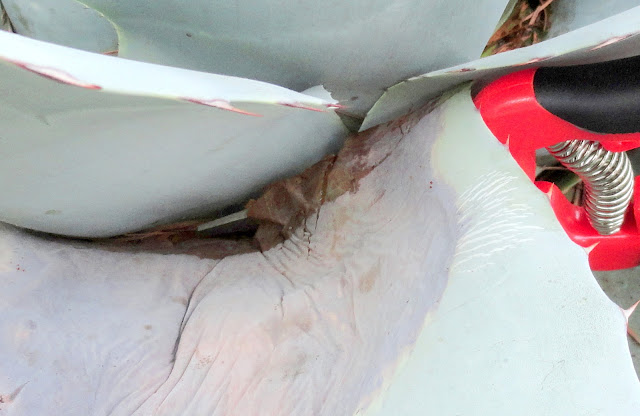 No other leaves damaged in the process! 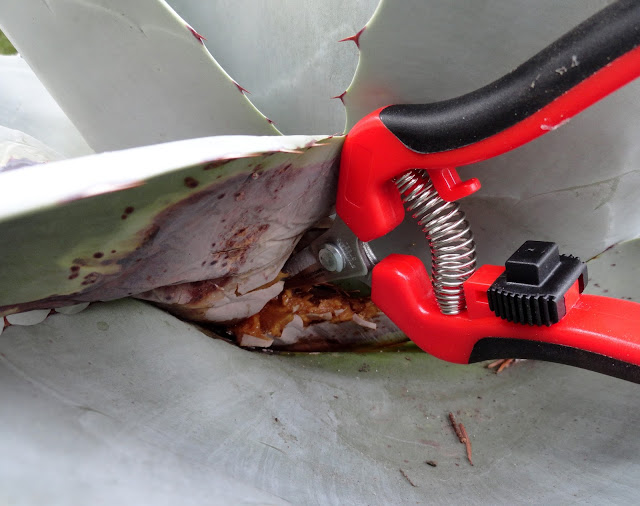 The finished job. I had this same thing (a rotting inner leaf) happen on an Agave victoriae a few years back. It was easy to get to though and once I cut out the offending appendage the wound dried up and the plant is still alive and looking great. 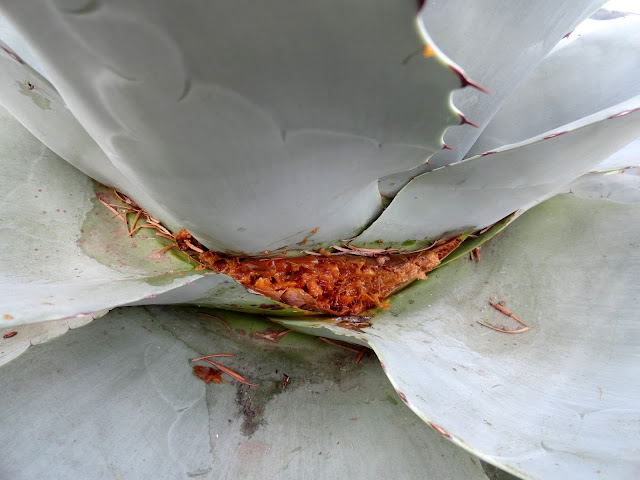 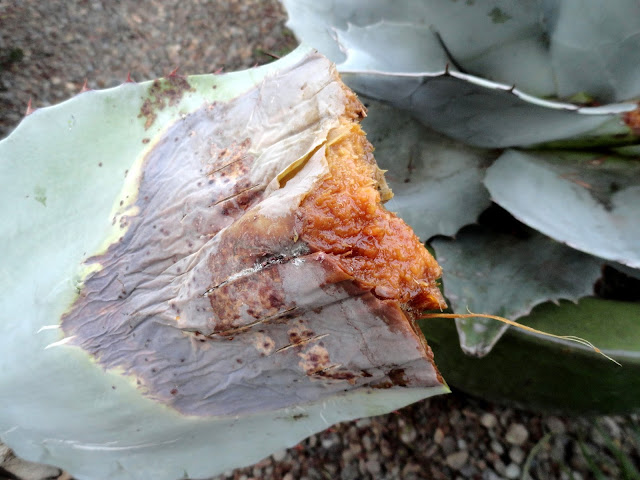 Look what the "skin" is doing, it's like thin vellum... 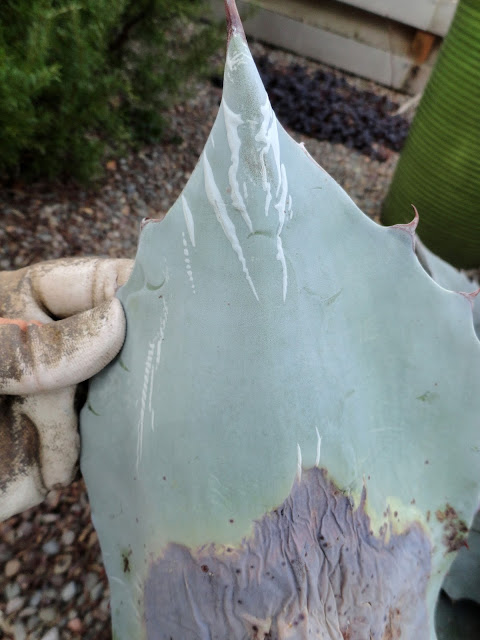 The surgery was followed by two dry days, now the rain has returned and the cover is back on. Fingers crossed everything will be okay. Oh..and tomorrow we'll look at how the rest of my garden is doing post-winter...(ya, it's meteorological spring and that's good enough for me...). Meanwhile, thank you Coronal Tools! (and the moral of this story...if you wait long enough to do an unpleasant task the right tool just might fall into your hands!) 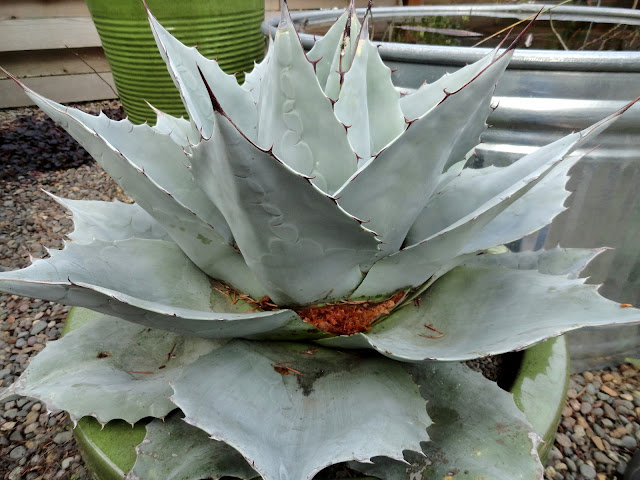