Am I starting a new meme? No...just feeling a little sentimental after spending the weekend in Spokane for my nephew Trent's high school graduation. I had every intention of doing a "In a Vase" post today but life got busy and all I managed to throw in a vase were some Alchemilla mollis, aka lady's mantle stems, and a broken Daylily stem along with a couple pieces of Cerinthe major purpurascens — which look great by the way, but hardy seemed post worthy. 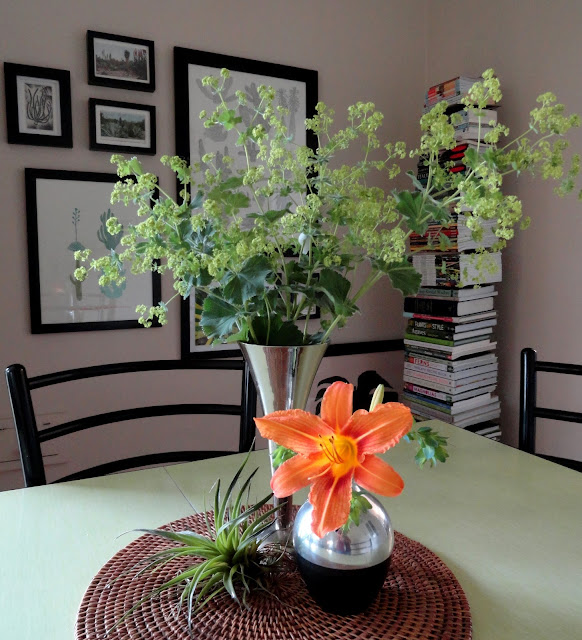 I have 4 nephews and 2 nieces, and I love them all. They're all amazing, unique individuals. However it's the first, Trent, that has an extra special place in my heart. I don't know if it's because he was the first, because I was there to see him just seconds after he was born and then on again for the first 5 years of his life? Or maybe becasue, like me, he's the oldest, and an only child for many years before his next sibling came along. 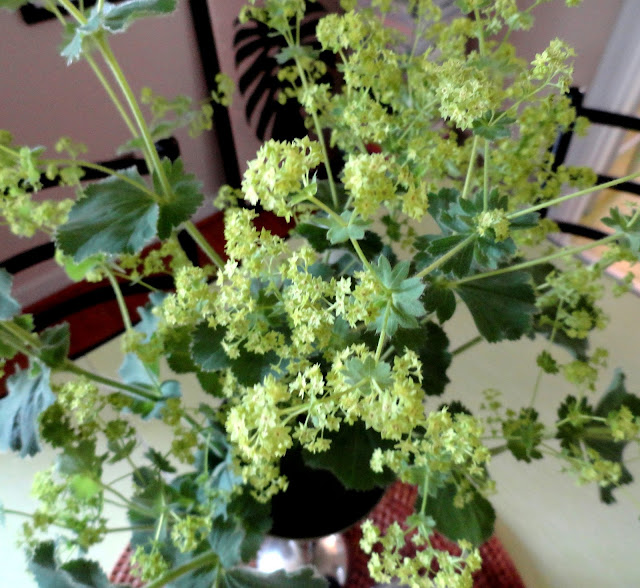 Anyway I'm not just here to ramble on, I want to share a specific memory. He was probably 4 years old at the time, maybe 5. My brother and sister-in-law needed to do some shopping, and called to see if they could drop him off at my house for a bit. Of course, I mean I was in the middle of stuff but why not. How much work could a kid be? OMG. I remember I was mowing my lawn and thought he could just play by himself. Nope. Not the case. Finally he became somewhat exasperated with my need to get stuff done and said (in a rather indignant kid voice) "Auntie Loree stop, it's okay, you can just PLAY with me..."... loud and clear. Yes it was. And yes I could.

Fast forward to August of 2011 when he came to visit us in Portland. He was 12 but for all intents and purposes a teenager. Electronic devices figured large in his mind. My iPad was his while he was here. It wasn't until after he left that I found these pictures he took using it, while we were on the patio one afternoon. Goofy eyes! 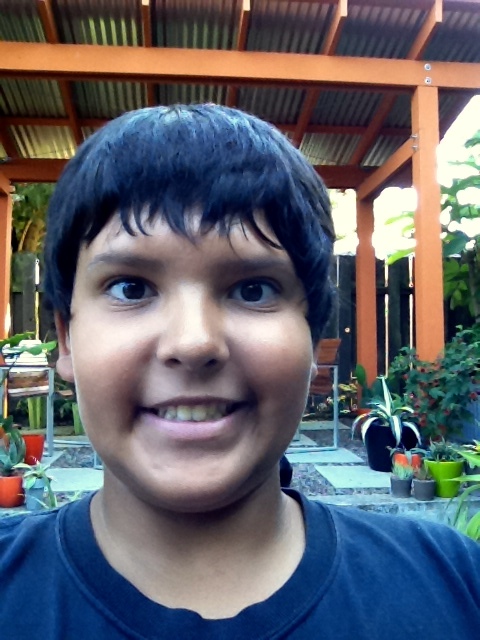 We had a lot of fun during his visit, he and I spent a lot of time together and I treasure the memories. 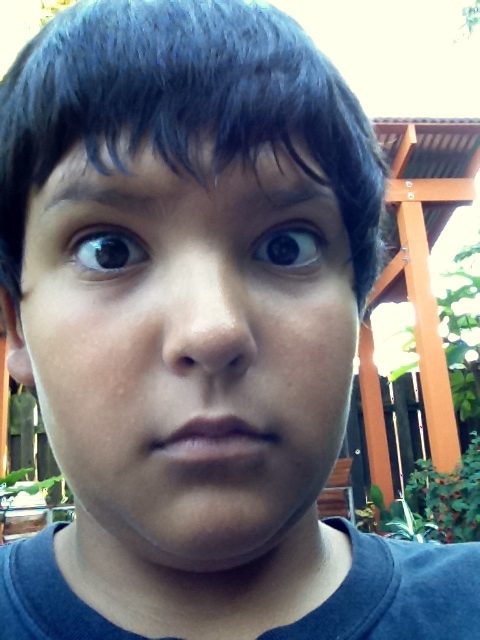 Still it would appear he was still trying to tell me it's okay to stop trying to get things done and just play... 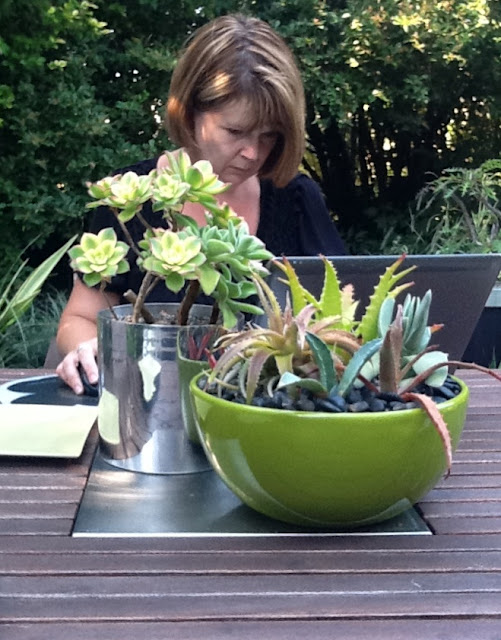