Last June I had the privilege of touring several gardens in Salem, Oregon, as part of the 2016 Salem Hardy Plant Society Study Weekend. I've been ridiculously slow in posting about these gardens...but it's time for another installment in the series...

This garden was difficult to locate, and once I did find it parking was a bit of a nightmare. These were a welcome sight as I walked up to the property. 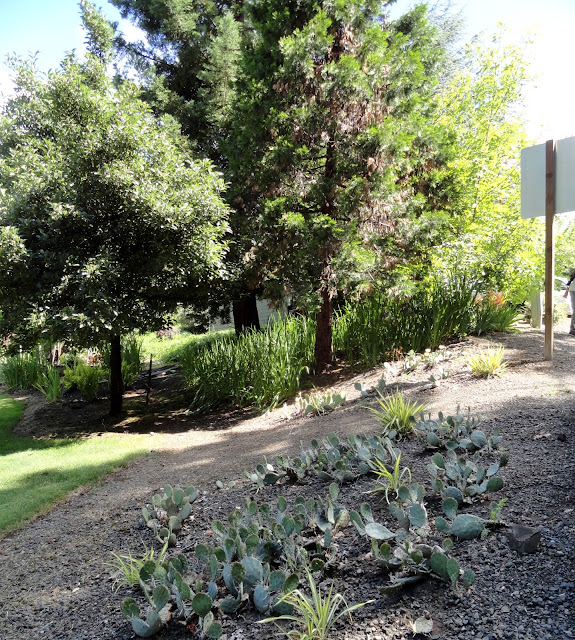 A reward for my persistence! 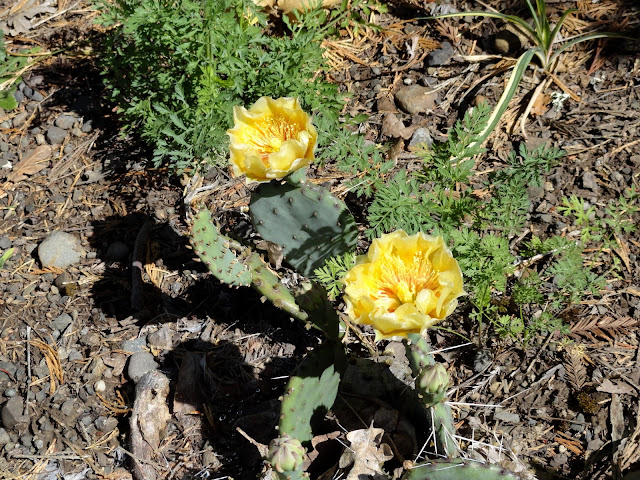 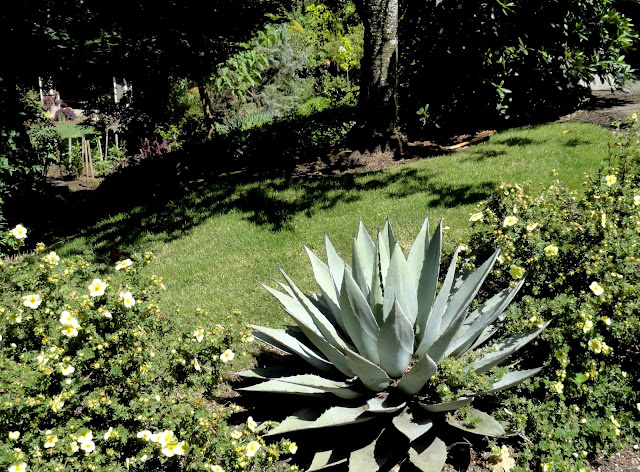 Here's the owner's description of their garden, from the Study Weekend Booklet: "The framework of our 3+ acre garden was established 35 years ago, shortly after we moved in. Having designed and installed thousands of landscapes has influenced many of the design choices at our home. Initially, plants were my passion. They were the tools I used to deal with slopes, depth of field, enhancing views, and screening. Over time I became more involved with hardscape, patios, paths, structures, and water features. Because I came at landscaping from the plant side I tend to think in terms of how hardscape can enhance plants instead of the other way around. My goal has been to choose plants which grow with minimal intervention, be it pruning or specialized care. The gardens include six patios, two water features, an outdoor kitchen, brick pizza oven, glass greenhouse, a garden cottage, and numerous paver paths throughout." 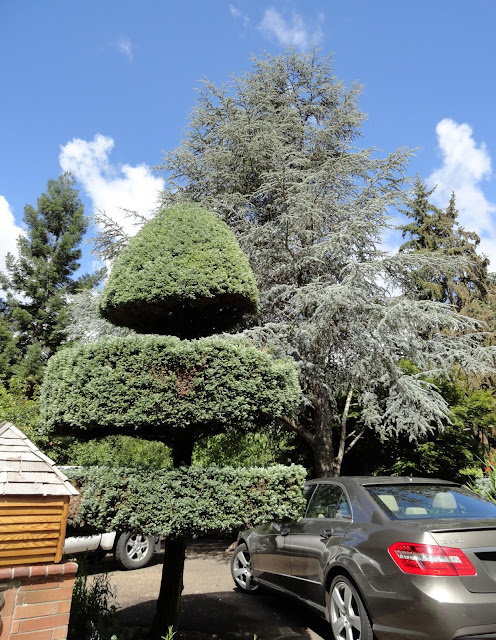 I must admit I didn't really get a good sense of this garden as a whole. It felt kind of choppy, something which I think comes across in these photos, as they're a little haphazard. That's not to say it wasn't a lovely space, it just didn't flow for me. 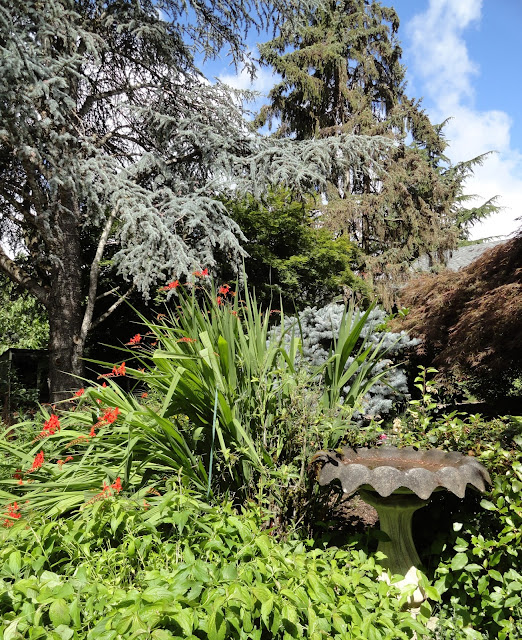 This large lawn had the feel of an area set aside for big events. It seemed cut off from the main parts of the garden. I wonder if they use it as such? 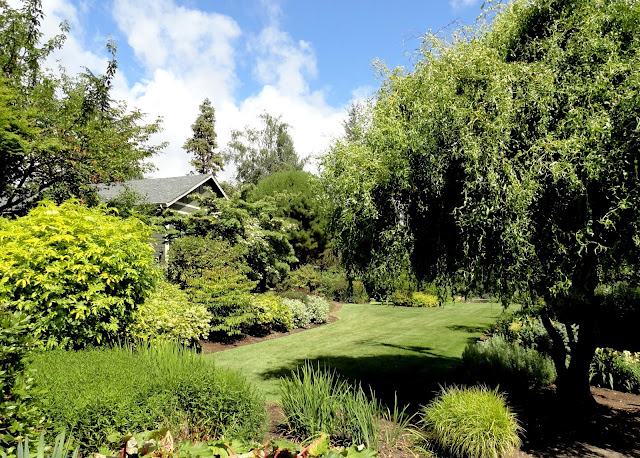 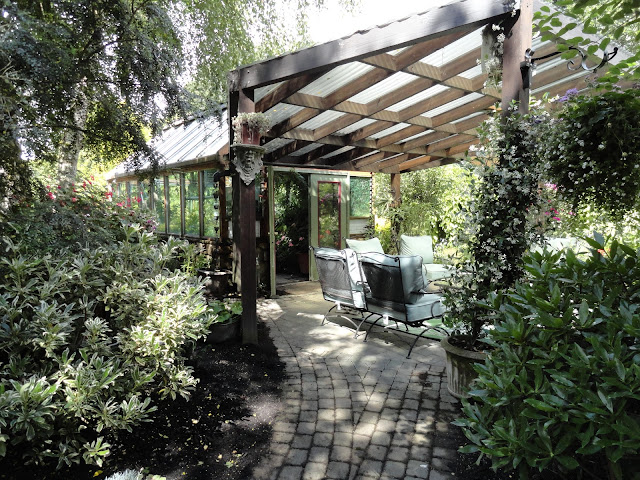 And the pizza oven, yes we were served a slice of pizza as we walked by! 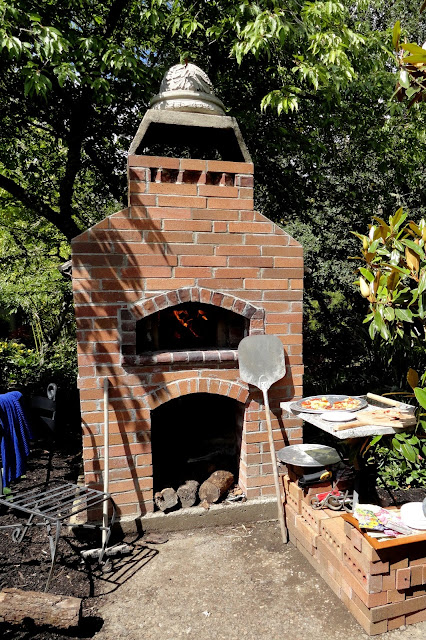 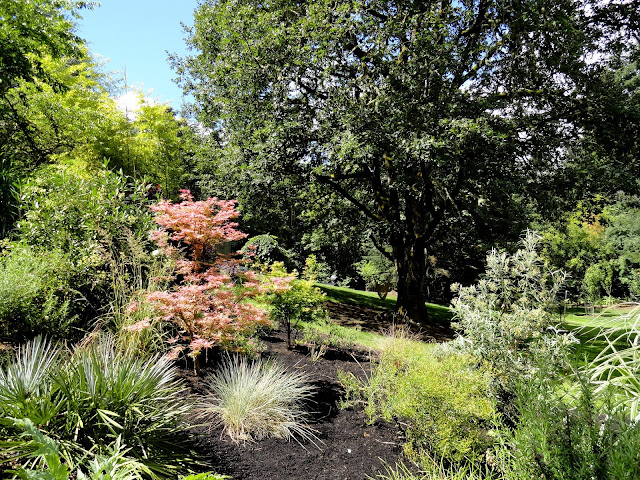 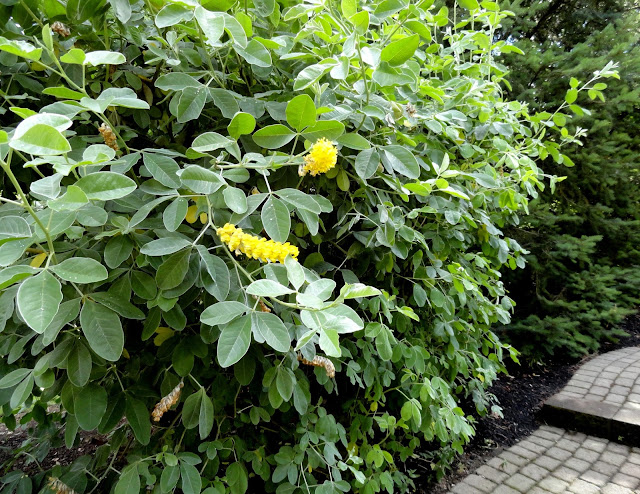 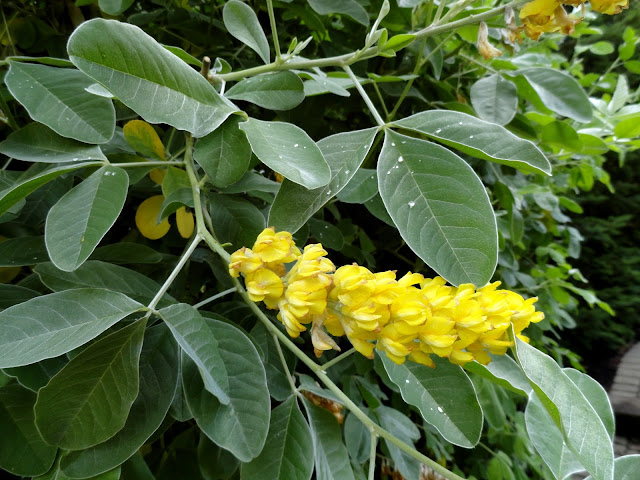 Care to sit among the roses? 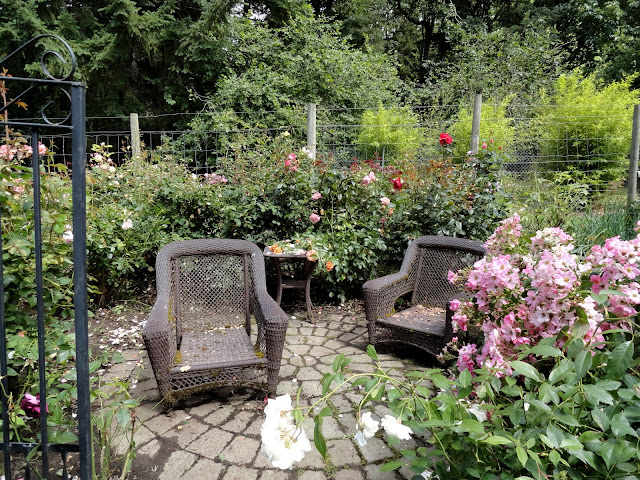 Another view of the greenhouse. 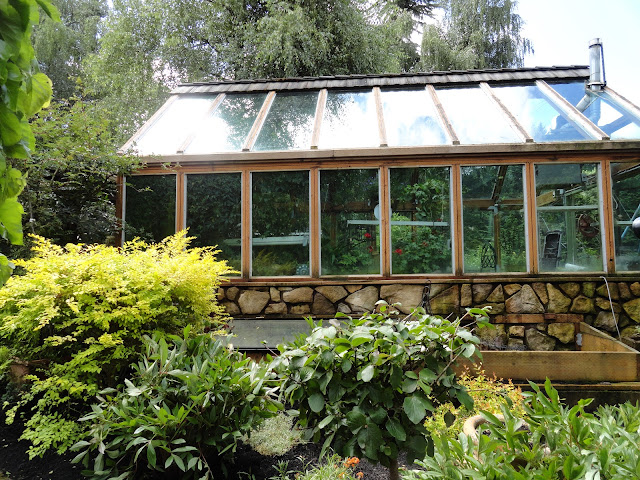 And a gorgeous Madrone... 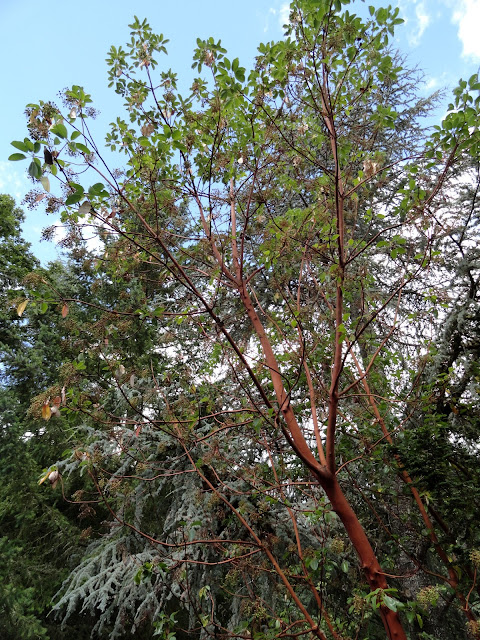 Of course I had to go have a closer look at the big leaves... 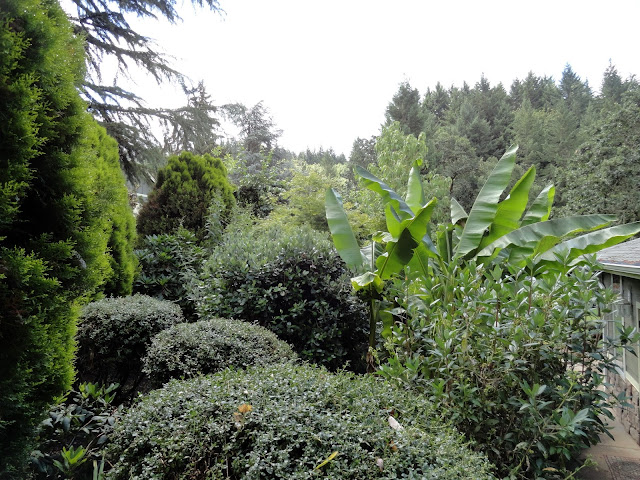 I was not disappointed. 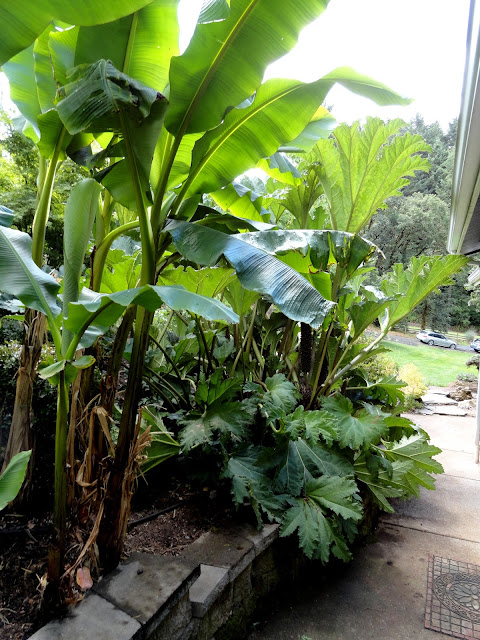 Time to take my leave, but first another shot of the Opuntia...which flashed me a heart! 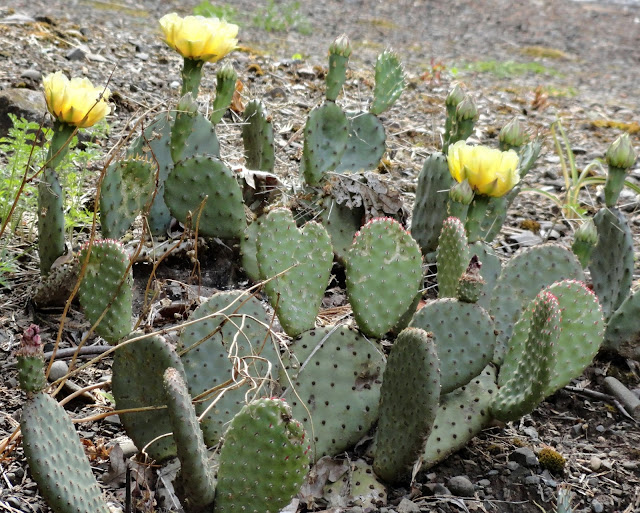