Checking in on two other well known NE Portland Agaves...

It's time for the next entry in Portland Agave week (yes, even better than the Discovery Channel's Shark Week). If you'd have asked me about these Agaves I'd have told you they've been there since I first discovered this garden... 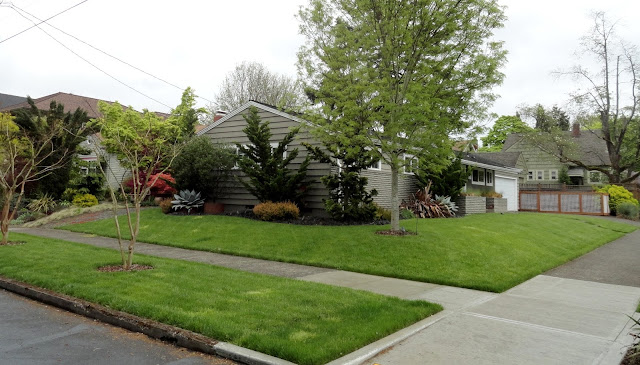 However looking back at my earlier posts, starting with March of 2011 here, August of 2011 here (page to the bottom), and August of 2014 here (again all the way at the bottom) I can see that's not the case. Those rusted metal planters have indeed undergone some changes. 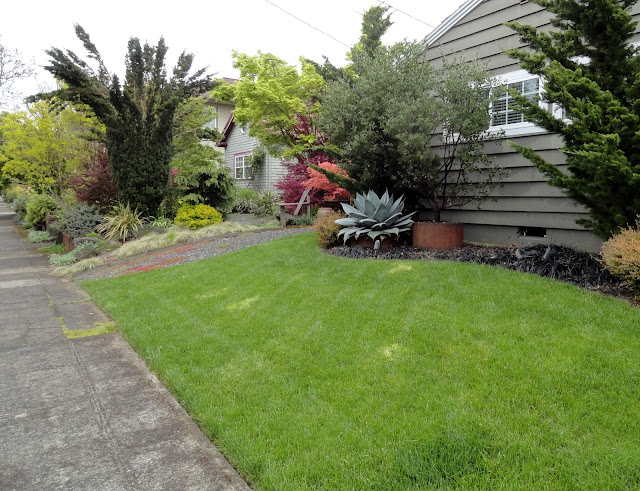 For our purposes here though the Agave ovatifolia have been in place since 2011. They were just little things to start out with. 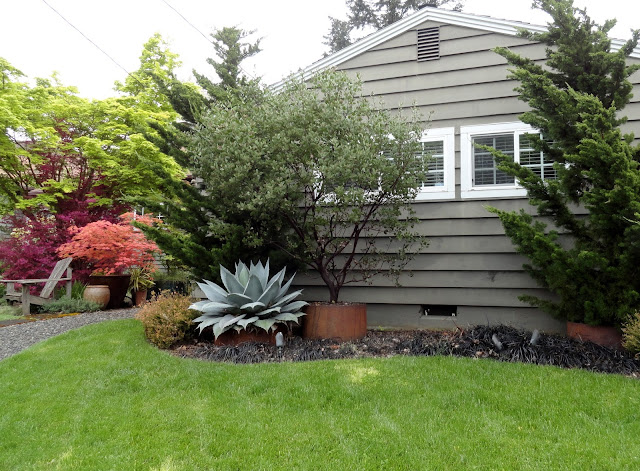 But have definitely grown into remarkable specimens. I could see a few blemishes (winter damage) that the camera didn't pick up, however they're small and should become almost lost when the new growth pushes out with summer's heat. 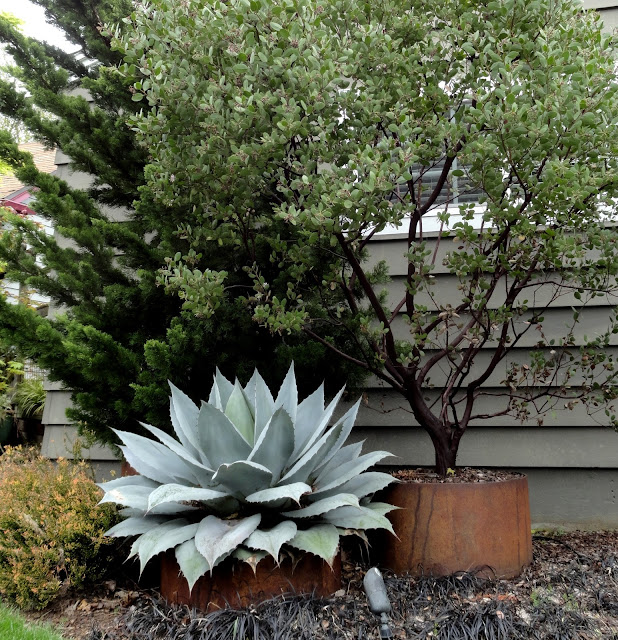 Here's the second one, at the front of the house. 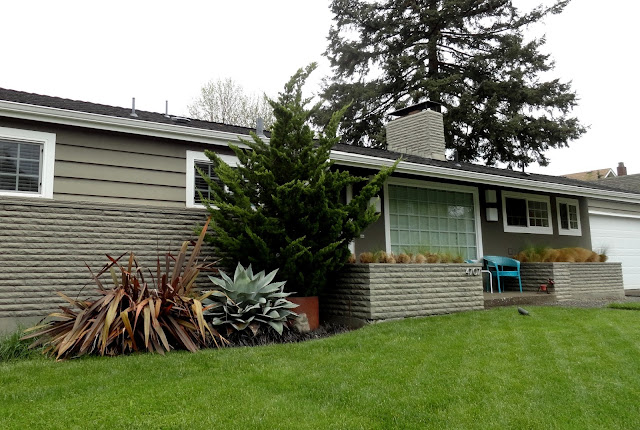 The poor Phormium isn't looking great, but the Agave is carrying on like a champ! 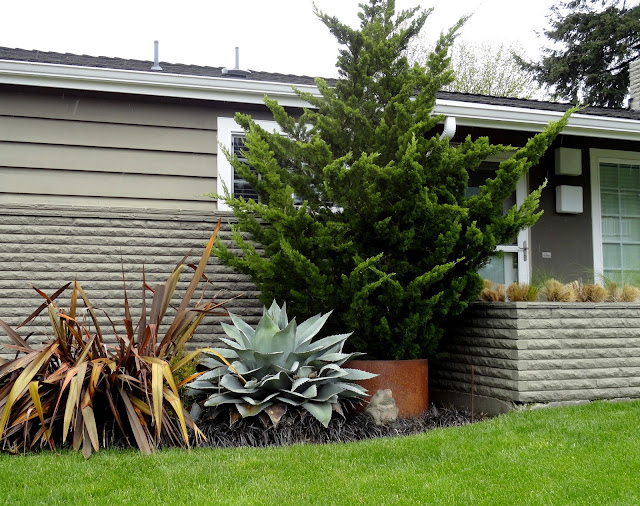 Just a few bad spots, which again will be less obvious with time. 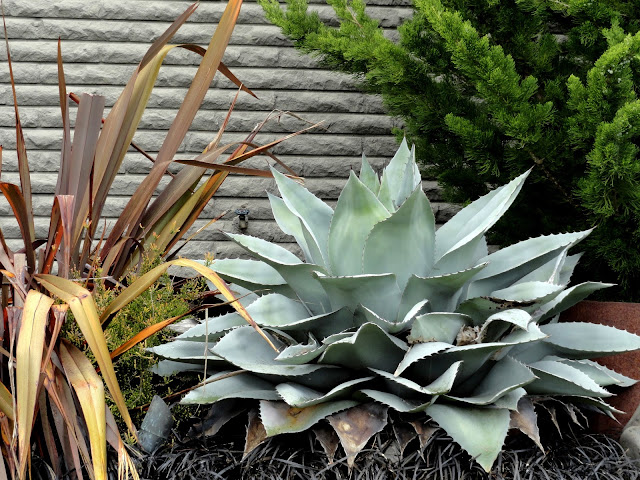 The next stop on our magical Agave tour is this garden... 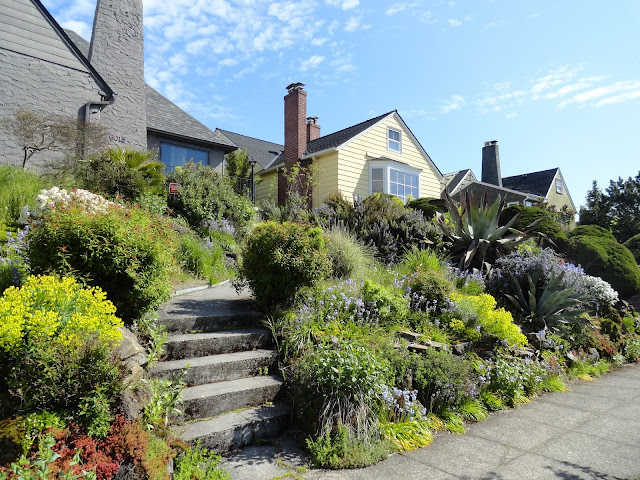 I last wrote about these Agaves on October 14th (here). They were showing signs of stress then (especially the large one), and look a little worse now. 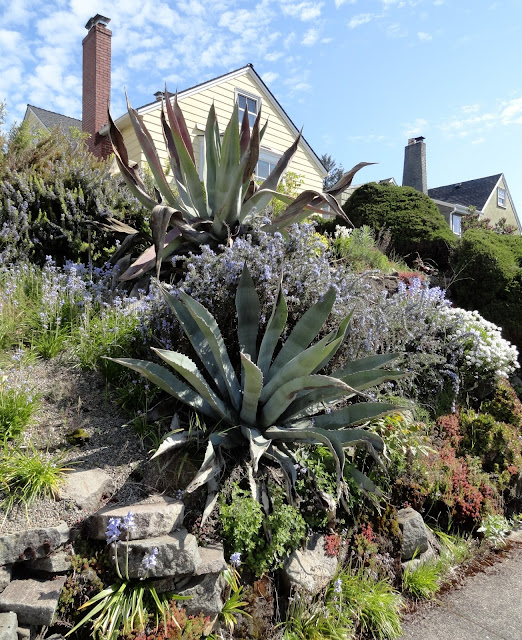 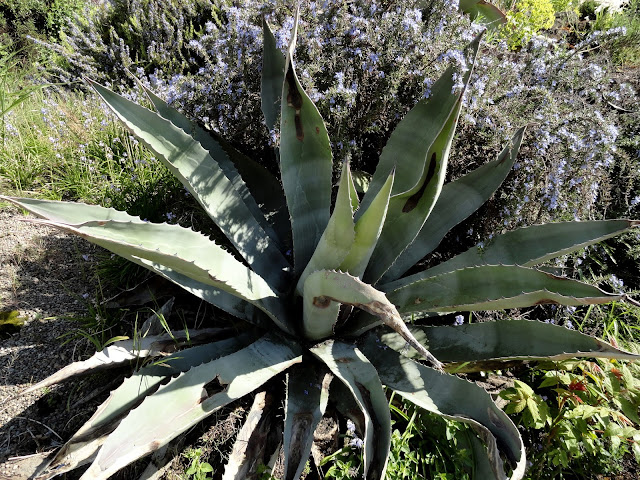 Mother Nature did a lot of bad things over the winter months, but I don't think she can be blamed for this... 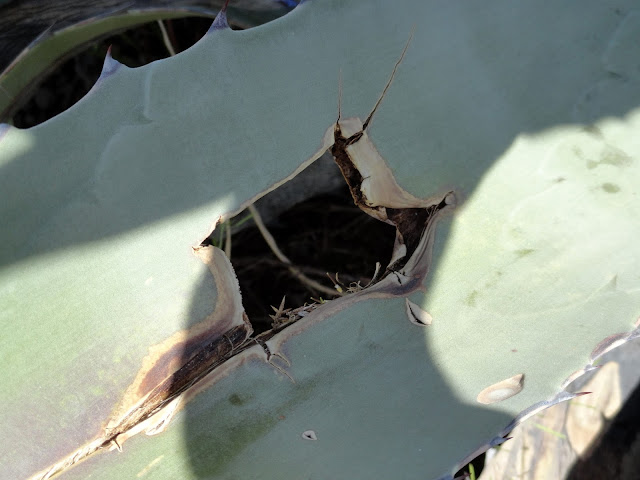 It's never a good sign when the center cone looks brown and wrinkled. Damn. 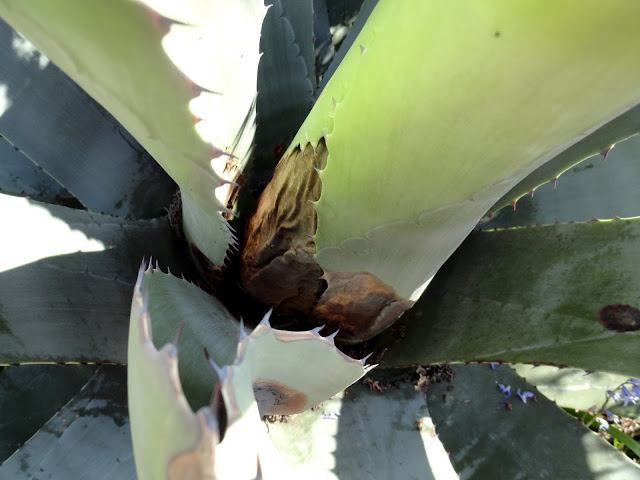 I couldn't get as close to the big one, but I think it's holding it's own. 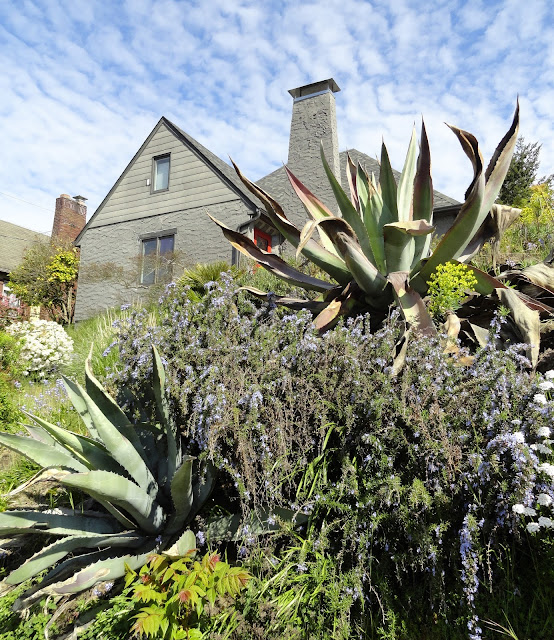 I mean it's not looking California fresh, but life's been a little difficult. 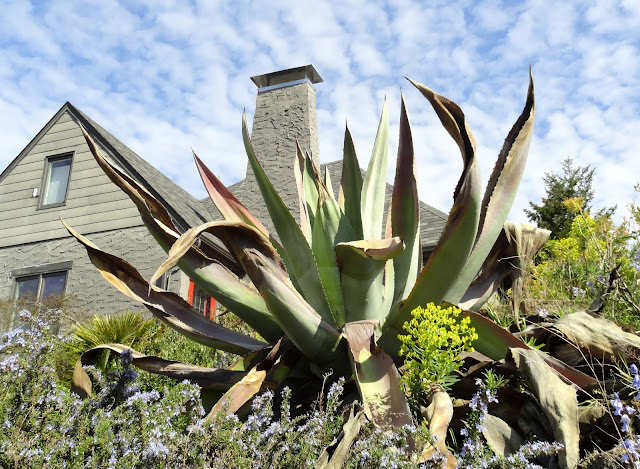 I hope it pulls through. Warm days ahead (fingers crossed...)... 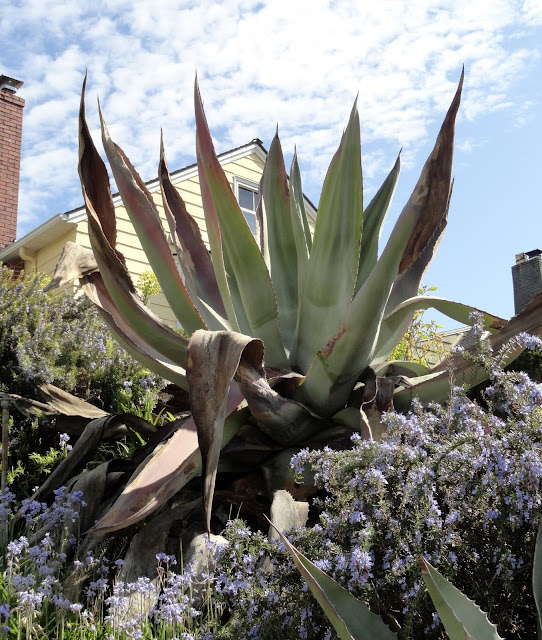 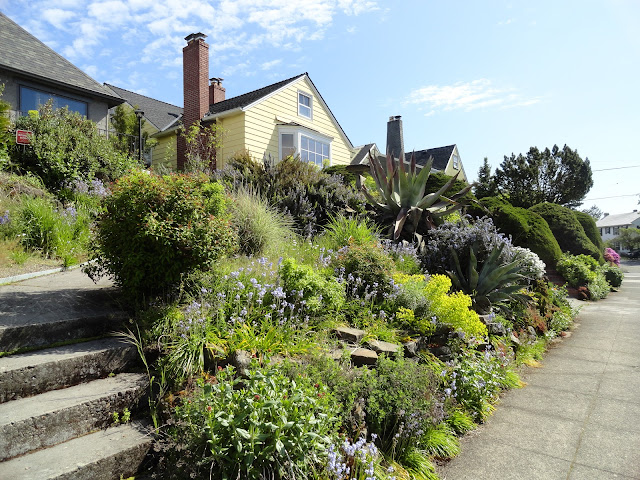 Labels: Agave, on the sidewalk, weather