In a Vase on Monday, where oh where has my inspiration gone?

I blame winter. Oh and our miserably cold and wet spring. Maybe you've noticed, I just can't get inspired to put together a Monday vase. Initially I thought it was because so much of my garden was in distress, but thinking it through further, and running out between showers to cut for this vase, I think it's because it has been so wet. We had more rainy days this winter than ever before, and when it comes to spring? Well..."Since Mar. 1 — the start of meteorological spring — Portland has seen rain 47 of 57 days"... so when there is a freak dry day who wants to spend it cutting and putting together a vase? I've got REAL gardening to do.

So I made myself pick a vase, grab some clippers, and make it happen... 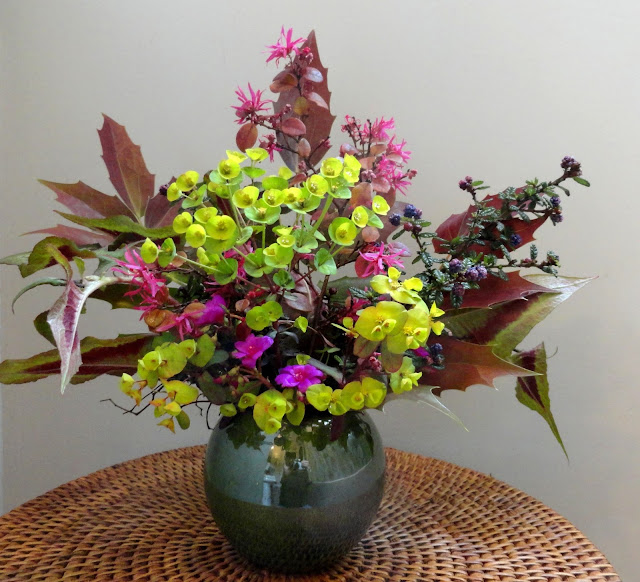 This gifted NOID Lewisia has been blooming its hot-pink (impossible to photograph) flowers for a few days now. I do see them when returning from a dog walk, but still thought it would be nice to admire them "up-close"... 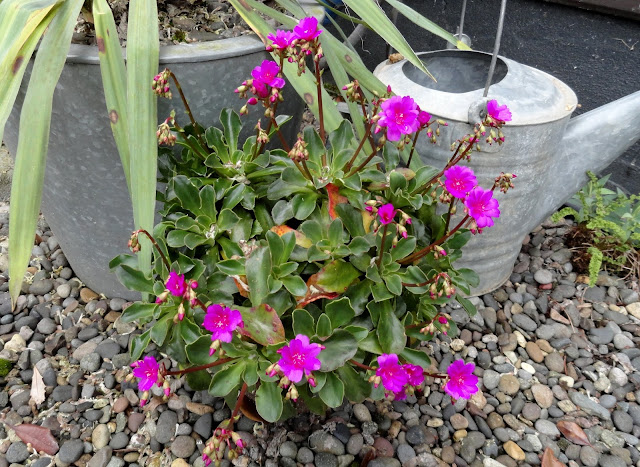 There are acid-green Euphorbia blooms all over the place, I cut a few of them. And then washed them to get the icky aphids off. 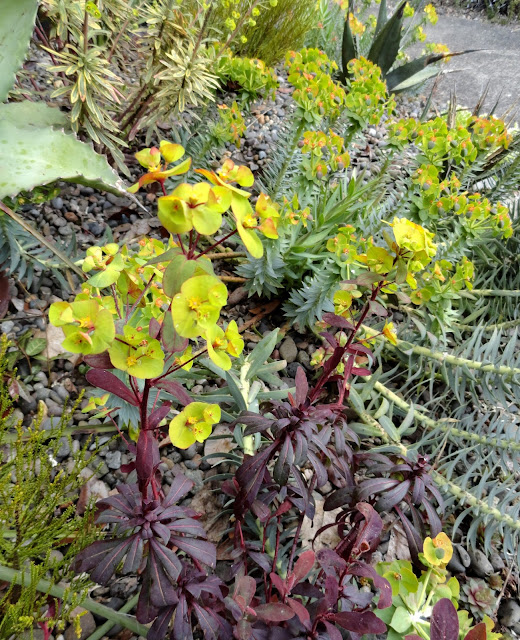 The new growth on on the Mahonia x media 'Charity' is outstanding. 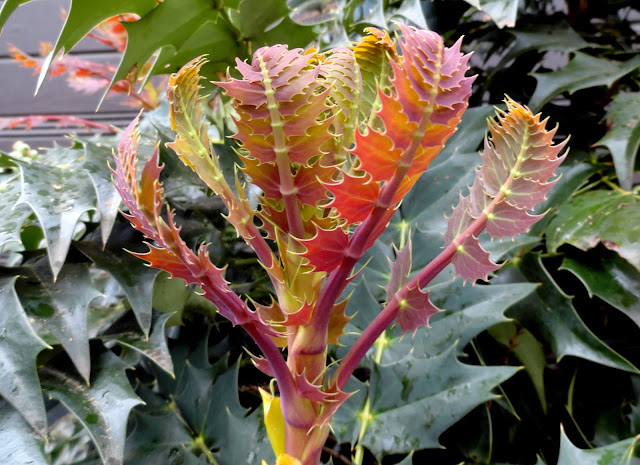 I cut a couple of leaves that were a little further along. 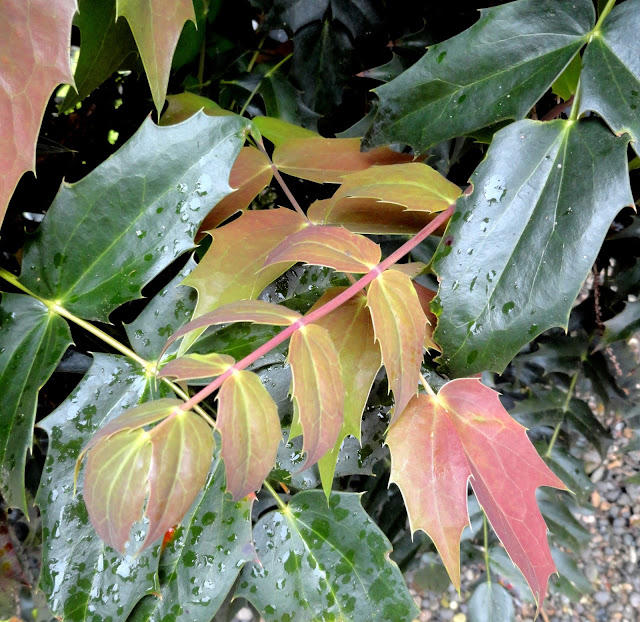 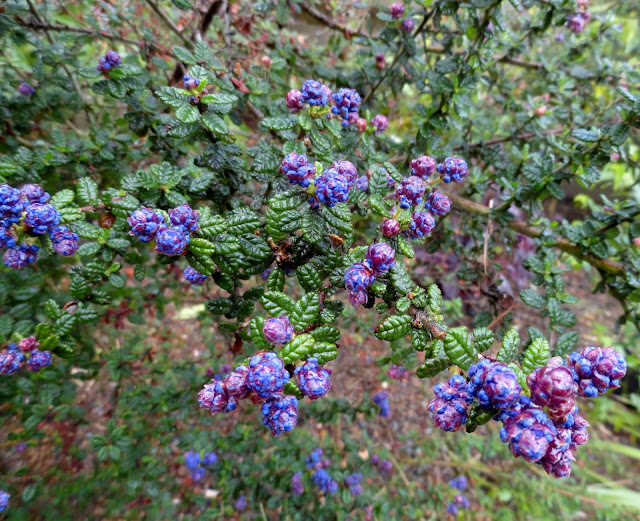 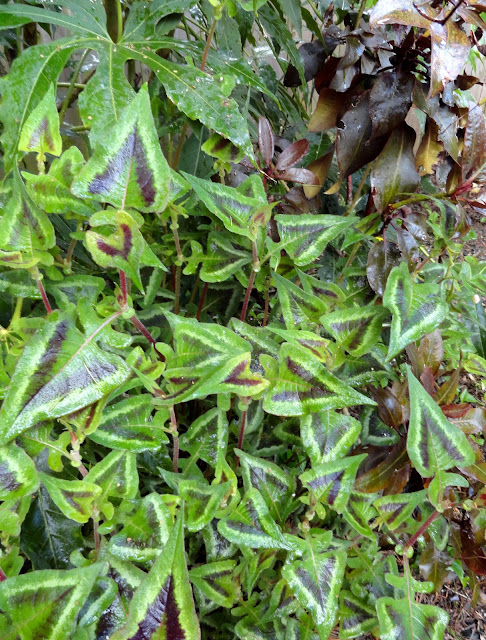 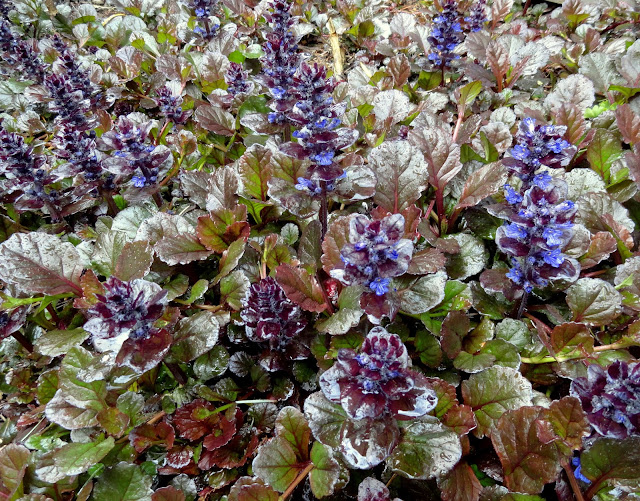 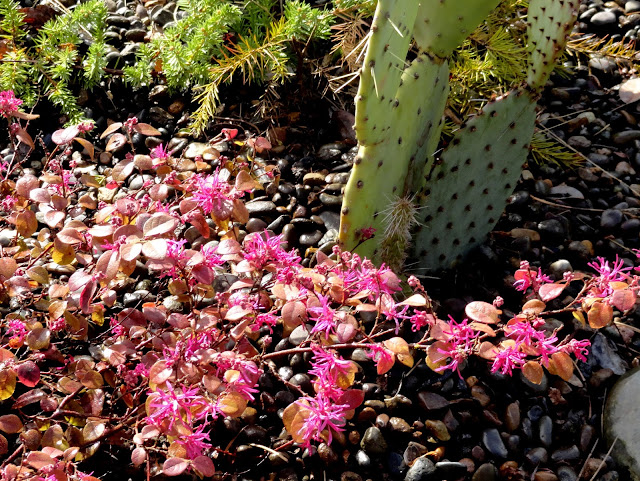 The naked stems of Sophora prostrata 'Little Baby’ (hopefully leaves will reappear soon...) were going to provide structural interest, but I couldn't quite make that happen. Instead they became a natural "chicken wire" to hold everything in position in the vase. 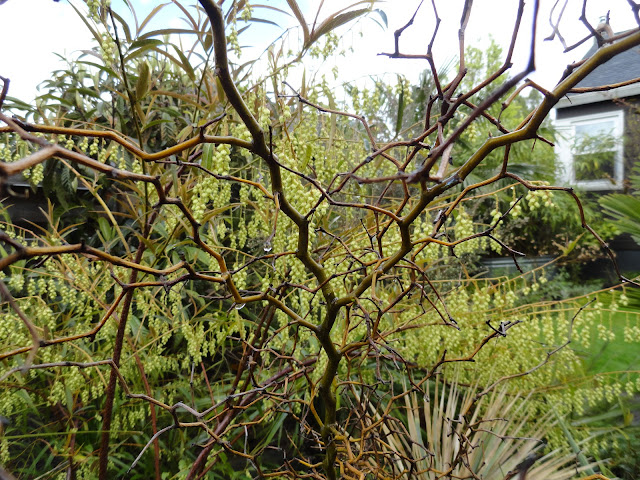 So much color! It's a little unnerving actually. 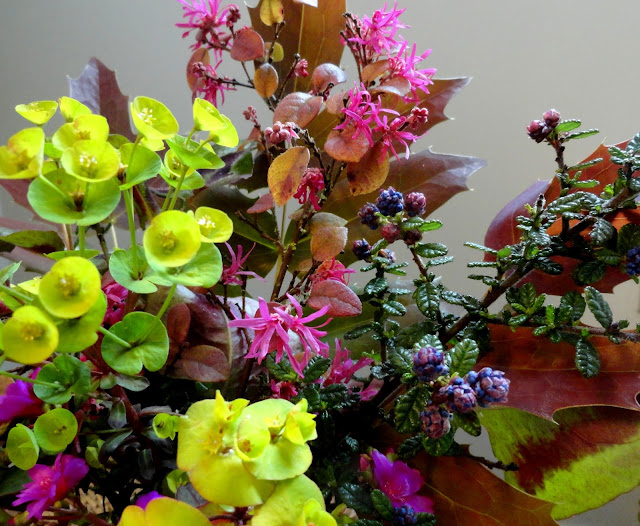 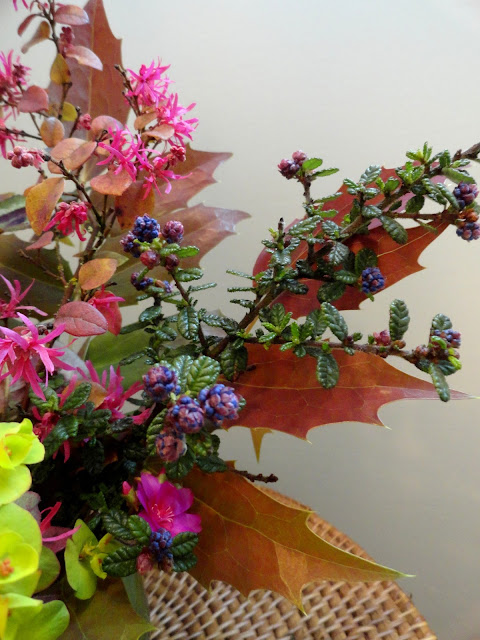 It's good to flex the "vase" muscle again. 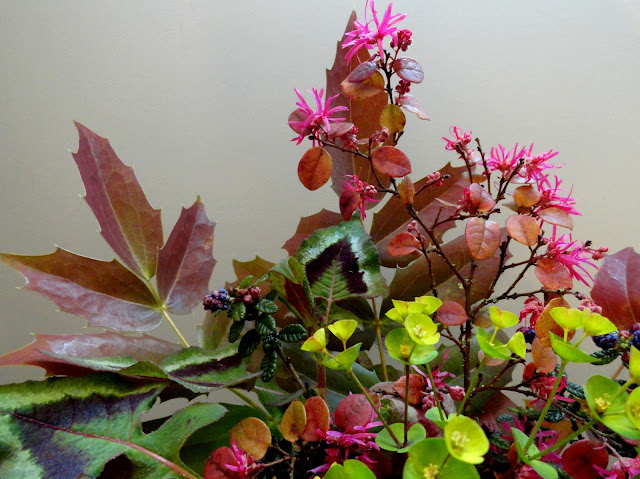 The Ajuga didn't make it into the main vase, so I pulled out my green "frog" and did a secondary arrangement with just those stems. 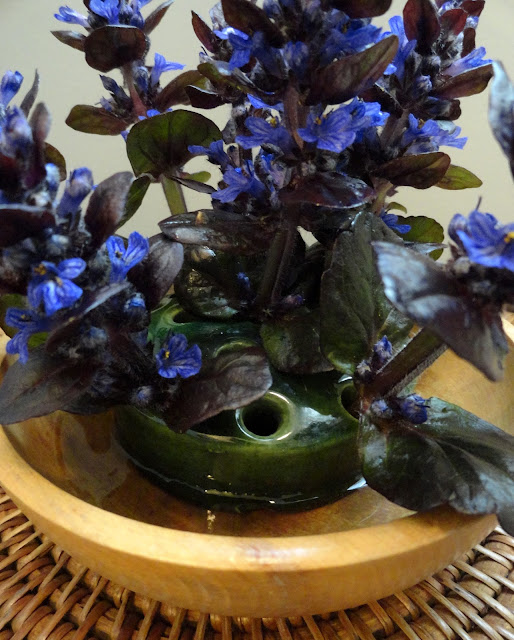 Both small vases are on the dining table... 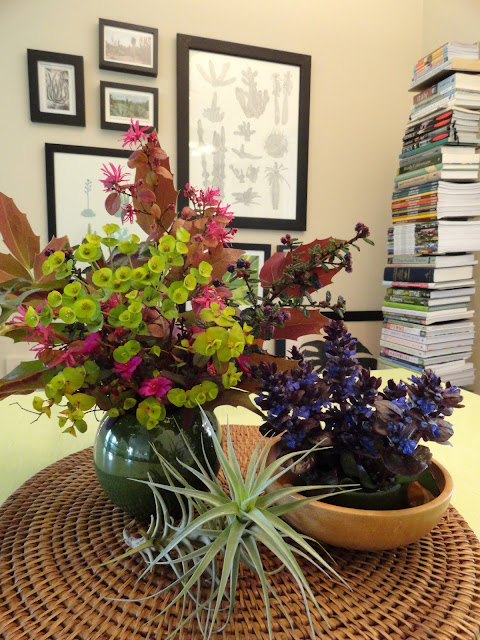 Our weather has been playing much nicer the last few days. I've actually spent back to back days working in the garden. Hopefully I can get back to putting together, and sharing, inspired vases again. In the mean time you can always find them over on Rambling in the Garden, where Cathy hosts all those who post about their vases on Monday. Play with your plants! 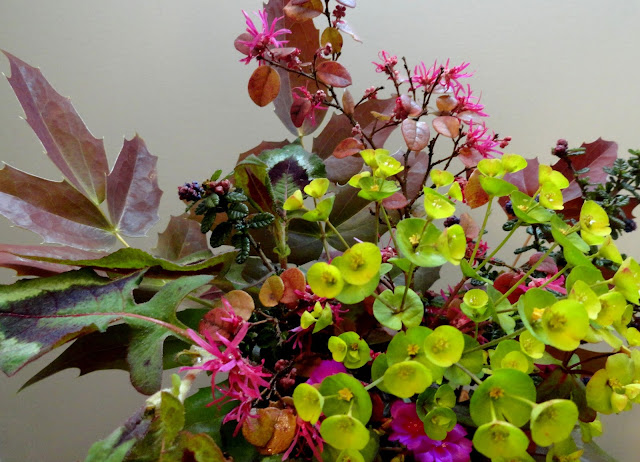