Working my way under the (dead) Acacia dealbata, and around the (sideways) Grevillea austalis, to get to the Hamamelis x intermedia 'Rochester' (Monday's vase) I stopped to admire the stock tank pond. There was still a thin layer of ice, which caused all the rope-like stems of the Aeschynomene fluitans (Giant Sensitive Fern) up on top of the "water" 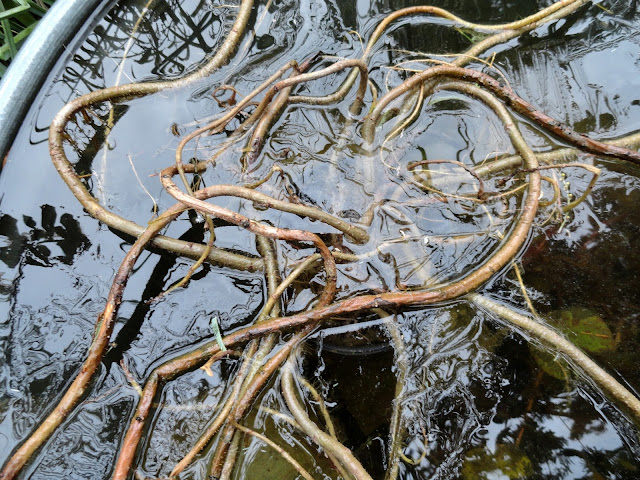 Kind of Octopus-like, don't you think? 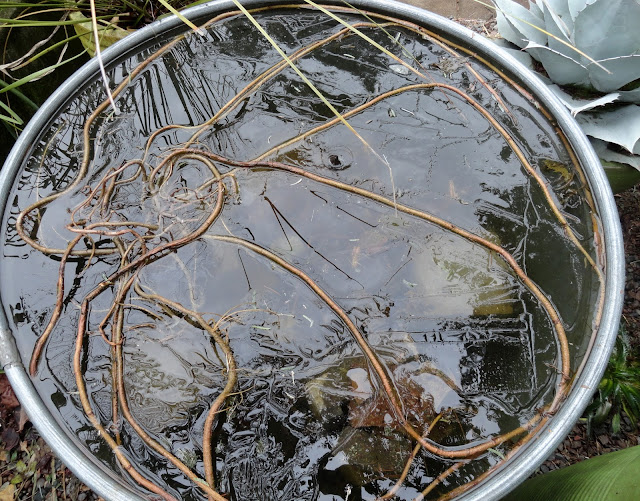 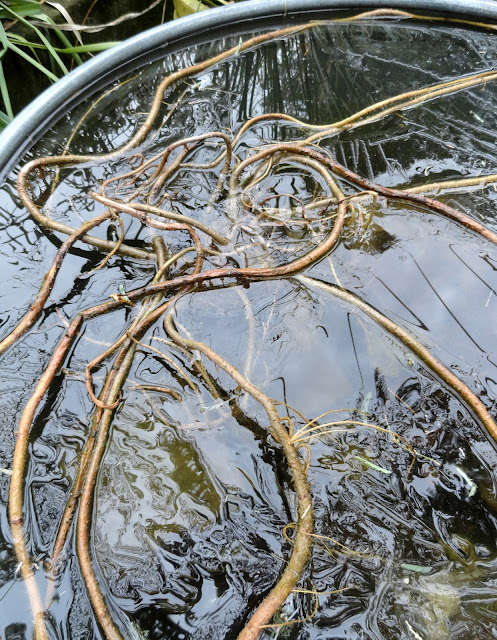