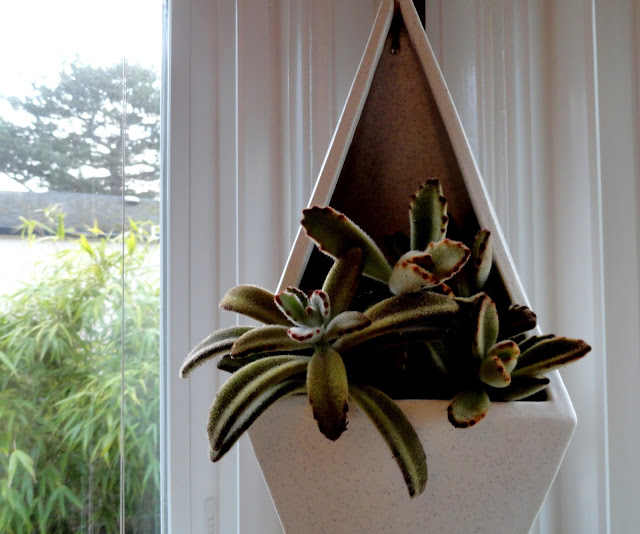 You know I love me a great container and I've been watching this one take shape on Instagram — via the feeds of Potted, as well as that of the designer, Dustin Gimbel. 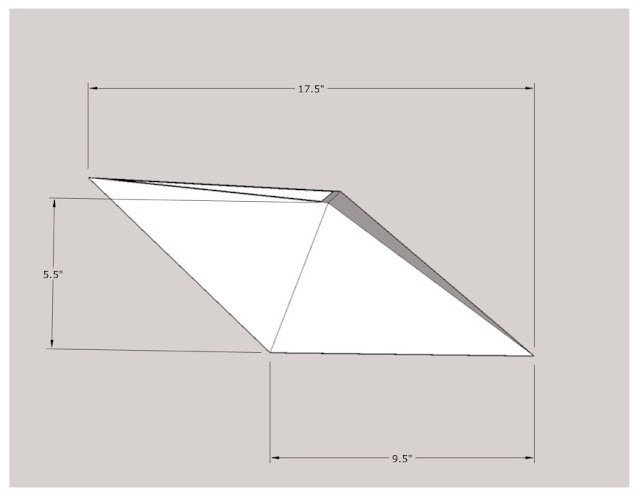 Naturally when Annette, at Potted, emailed me info on the official release, well I pounced! I missed visiting Potted when I was in L.A. (so sad, but I have been there several times before...2012, 2014, 2015), but I happen to know this very cool pot is made right here in Portland (keeping it West Coast local!) and Annette hooked me up... 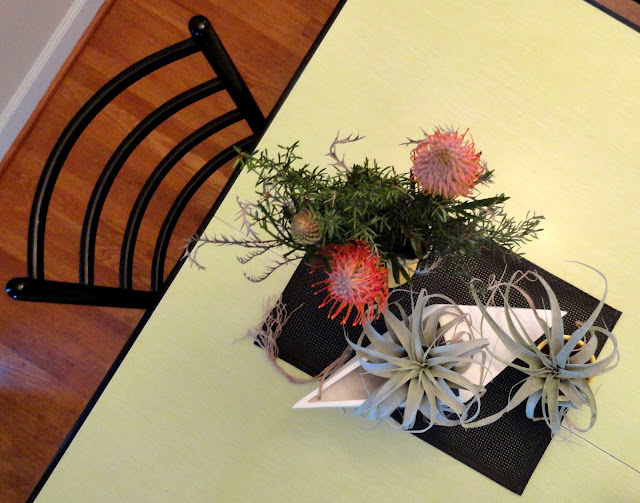 Even better I learned it's pre-drilled to be hung. I mean I like the tabletop use, but I'm always on the lookout for a clever hanging design... 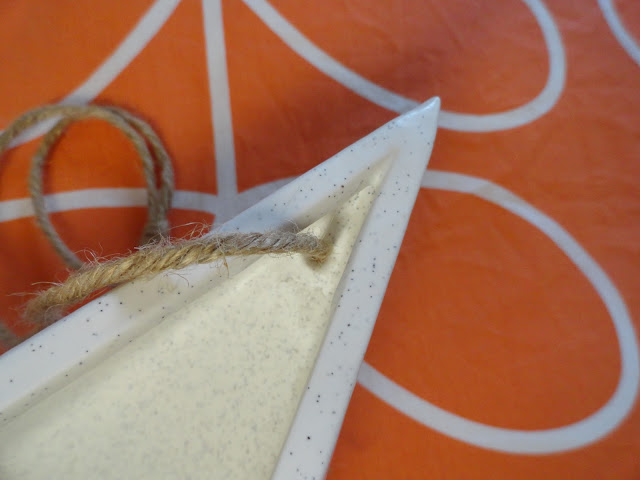 From the official press release: "Dustin walked into our shop 11 years ago with a laptop full of his amazing gardens and an enthusiasm for his craft that was infectious," says Annette from Potted. "Then when he started experimenting with ceramics, we knew he was on to something. So over a very good Italian dinner we all played with the prototype he had brought Mary and I of The Point Pot. As we talked (and drank) our enthusiasm over all the ways it could be displayed got so boisterous it carried over to the table next door. But instead of being annoyed, our neighbors were soon also convinced that this was the coolest planter they'd ever seen." Can't you just picture it? 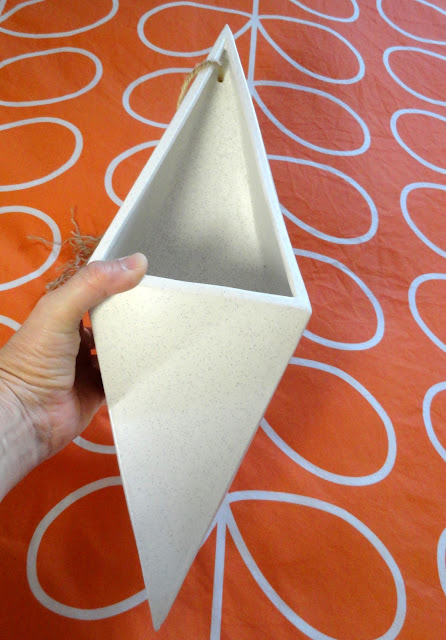 And don't you love the speckles in the Vanilla Bean color option? (it also comes in Pacific Blue and Sea Spray Green) 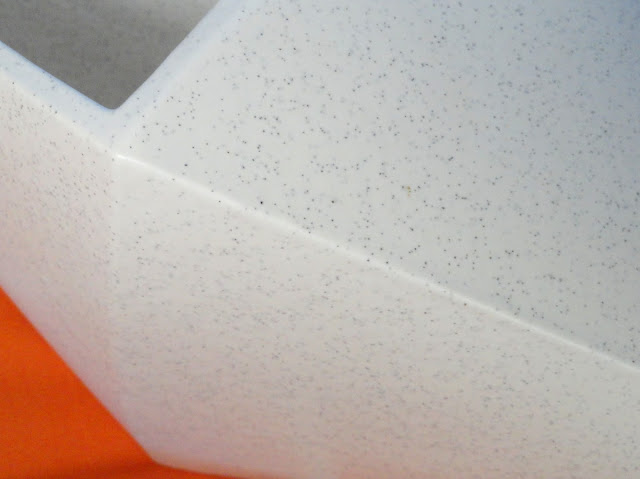 I must admit though I was a bit stumped when I paused and thought about the fact it is still winter. A very cold and windy winter. This baby ain't gonna be hanging outside anytime soon and there's no way the other owner of this house is going to let me put a hook in the ceiling. Where to put it? Ah, bedroom window corner to the rescue! 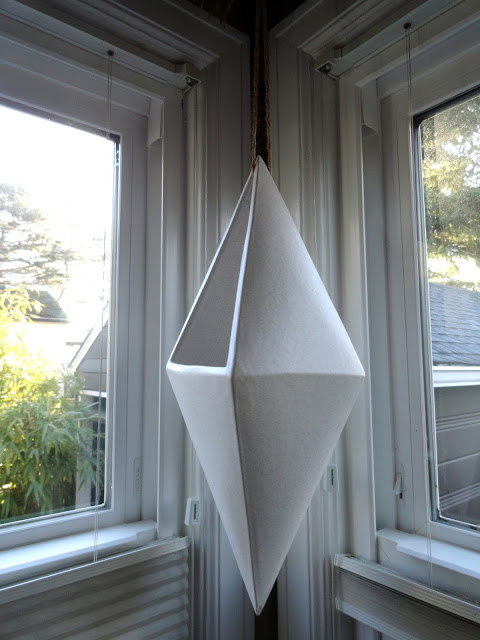 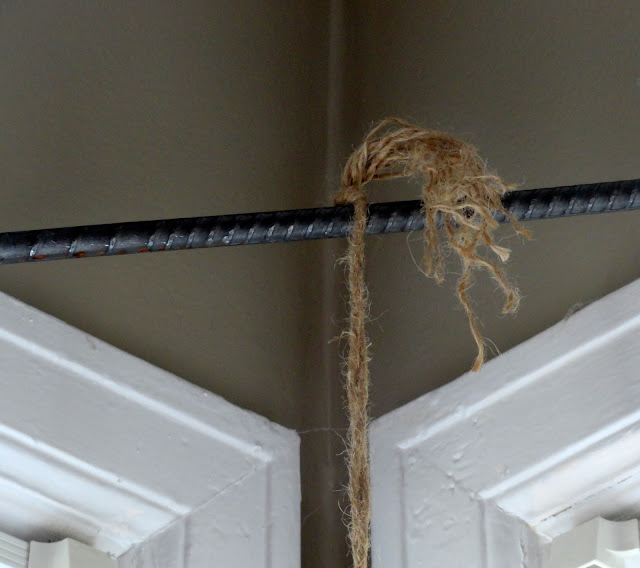 Initially I wanted to plant it up with some nice bright "sticks on fire" (Euphorbia tirucalli, to play nice with the orange bed linens) but of course I couldn't find any locally. I settled on Kalanchoe tomentosa 'Chocolate Soldier'... 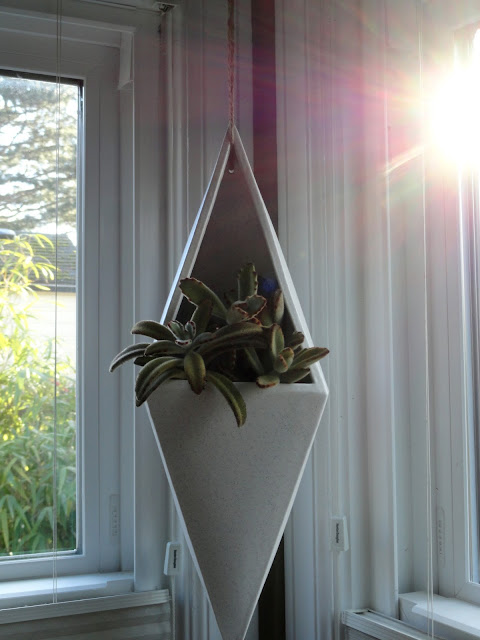 I think it was a good choice. 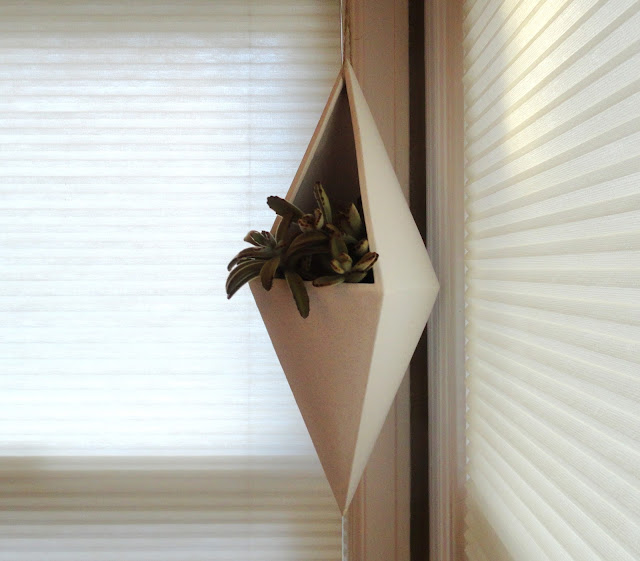 It was ridiculously difficult to take a photo into the bright outdoor light and not have the room itself be a dark cave. I tried. 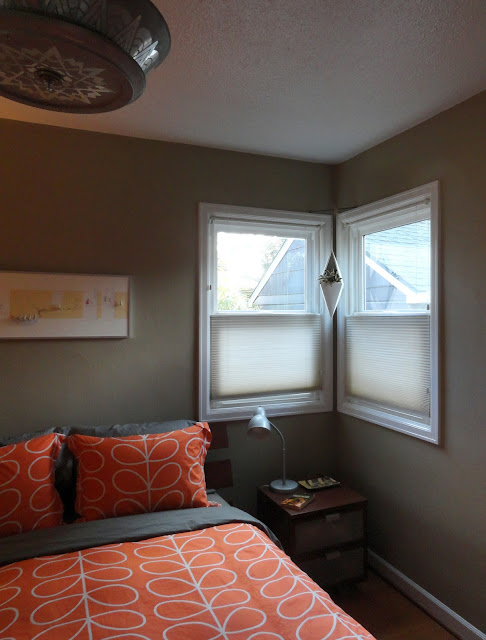 I like this view of the Point Pot, with Clifford's (the Magnolia macrophylla) bare branches just outside the window. Especially since that's where it will be hanging in a few short months. And since the only drainage hole is located roughly 8" up from the point at the bottom that means this can become a hanging vase too. I'm very excited about the possibilities. 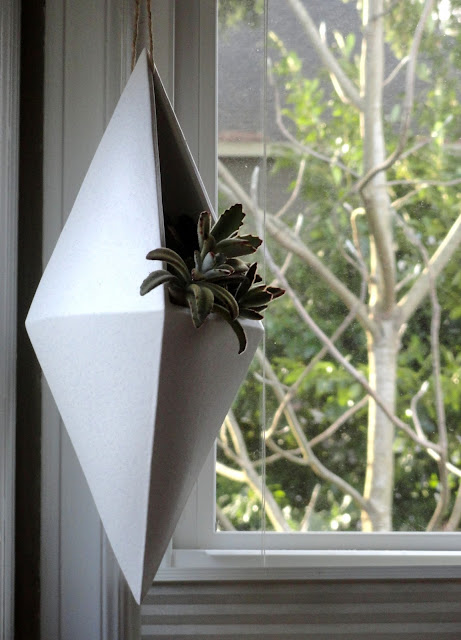 Want to know more? Here's the listing on Potted's website (while you're there be sure to check out this sneak peek of their new book from Timber Press). If you're curious to see more of Dustin Gimbel's work click on over to these posts on A Growing Obsession: here and here, hmmm, maybe next time I visit Los Angeles I can get a tour of his garden... 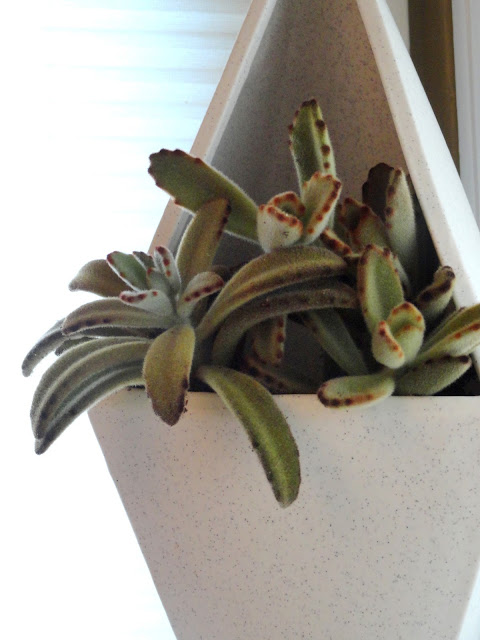 Labels: containers, inside the house