In a Vase on Monday...foraged shades of brown

This week's vase was inspired by my reading the book Foraged Flora a few weeks ago (thanks Multnomah County Library!). 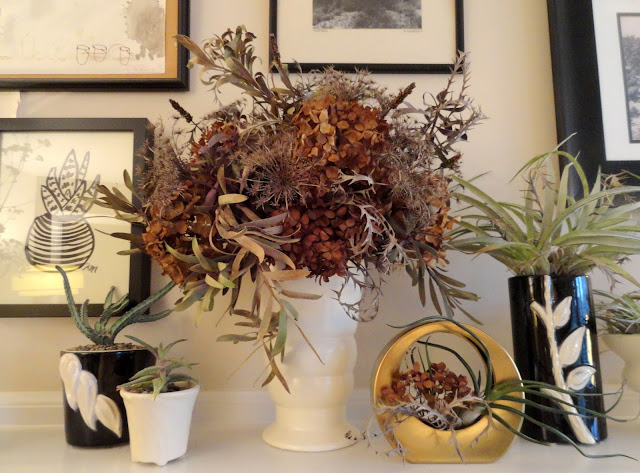 In one of their creations authors used some "less than fresh" foliage and flowers, which got me thinking about my sad Leucadendron foliage (below). Leucadendron 'Silvan Red' (on the right) had been an in-ground experiment that lasted through last winter and grew beautifully over the summer. This winter, not so much. L. 'Ebony' had been growing in a container since I picked it up at the Ruth Bancroft Garden during the 2013 Garden Bloggers Fling. It got too dry/and or didn't like the air in the basement while I was away goofing-off in California. Now they're both crispy. Interesting the different colors of the dried foliage... 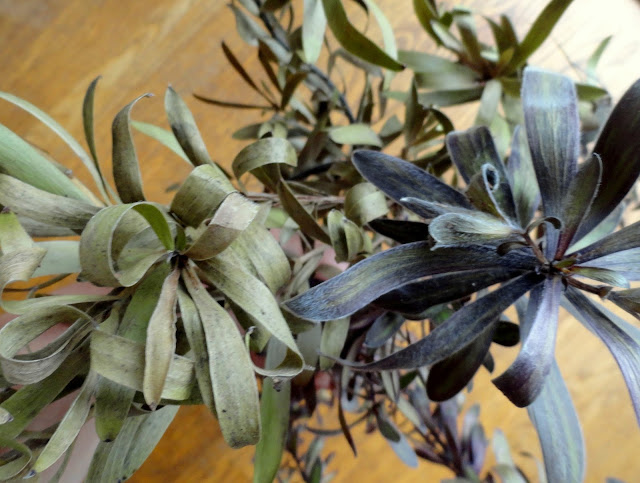 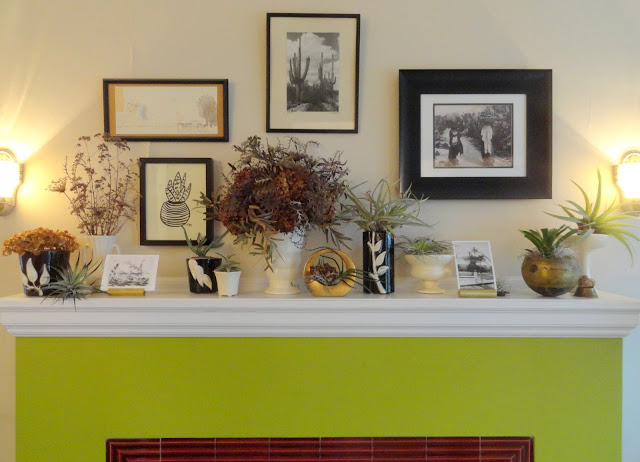 In the black container is a "dried on the shrub" Hydrangea flower cut from my neighbor's plant next to our driveway. The creamy white vase has several stems of Daucus carota from a nearby vacant lot, a few bits of my deceased Grevillea 'Ivanhoe' foliage and something that might very well be a weed that I cut from another neighbor's hellstrip. 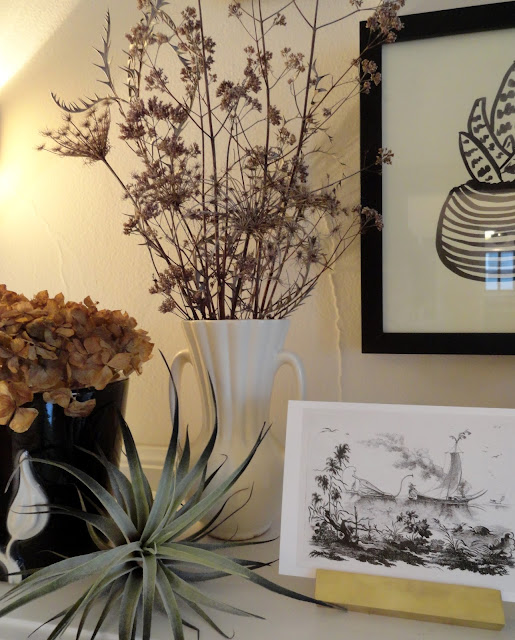 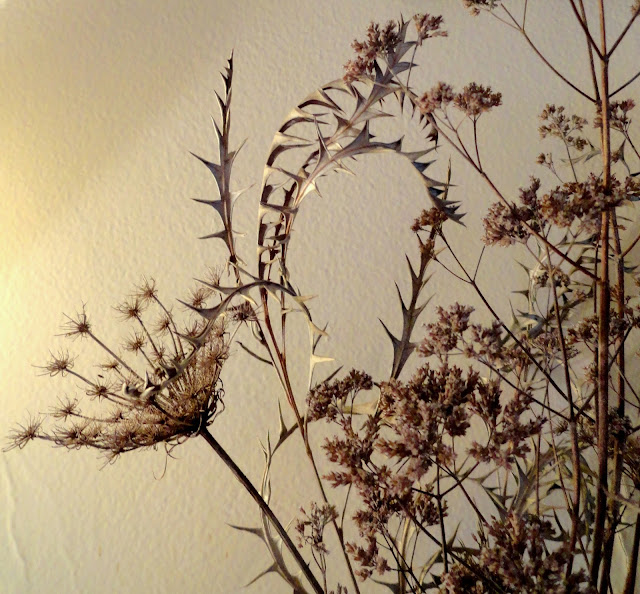 I picked up a couple interesting black and white postcards at the Getty Center (a stop while in L.A.), this one of an etching, Navigating Life on the Moon, by Filippo Morghen. 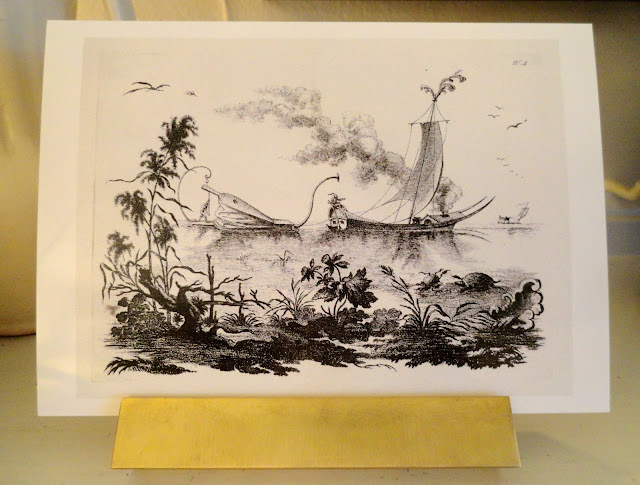 The big vase holds more Hydrangea flowers, as well as more Daucus carota and Grevillea 'Ivanhoe', foliage from both Leucadendrons, and some sort of mini cattail-like weed. 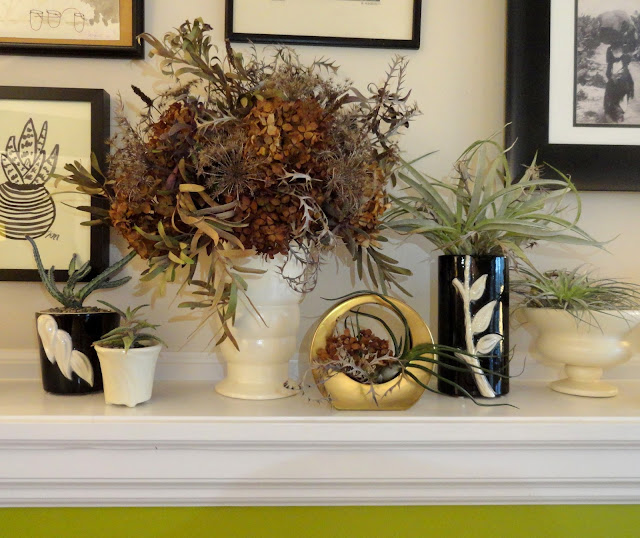 I tried to imagine I was assembling a big romantic bouquet of living flowers and foliage. 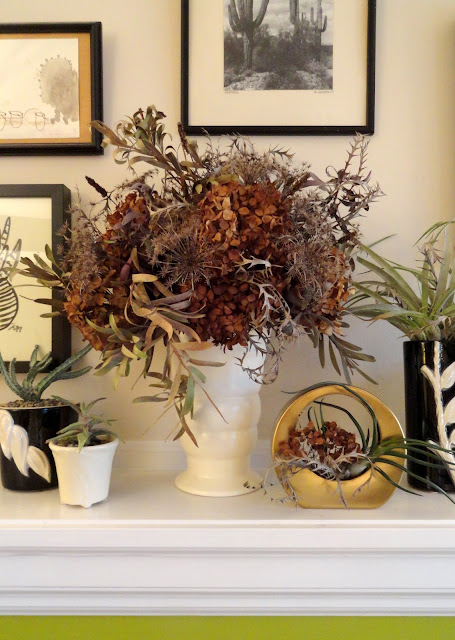 I kinda love this. 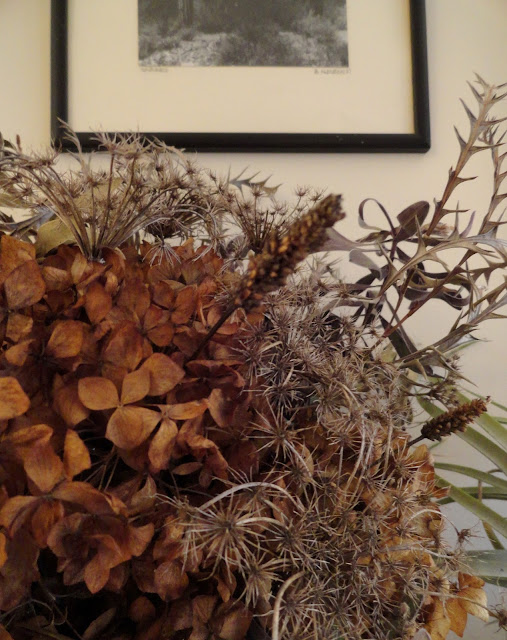 The mini Circle Pot-like container came from a local shop, Digs Inside & Out. I'd first spotted it while doing some Christmas shopping but it was just SO GOLD, that I couldn't bring myself to buy it. Last week when I stopped in I realized it would go perfectly with my "shades of brown" theme so I picked it up. 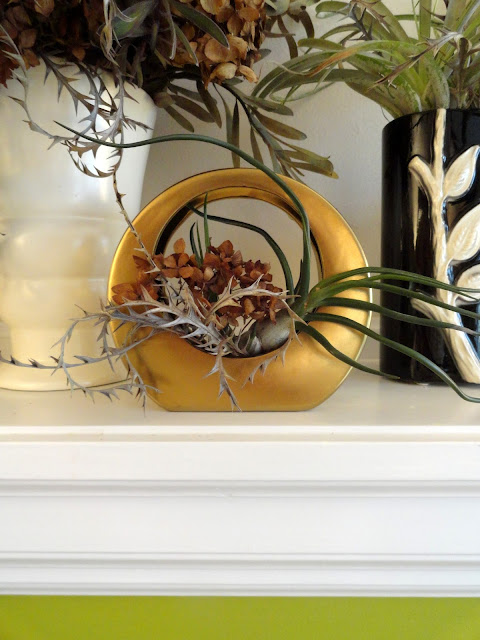 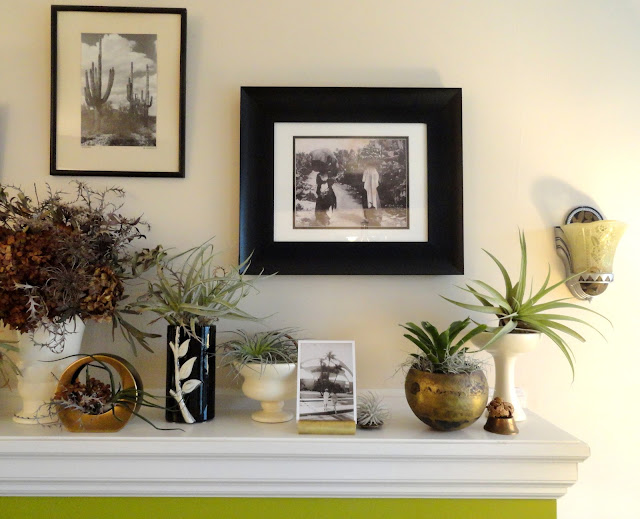 Another postcard, this one a photograph by Garry Winogrand. The brass holders came from Schoolhouse Electric, I don't know that they ever actually sold these, Andrew brought them home from a "employees sale"...the perks of being married to a bigwig. 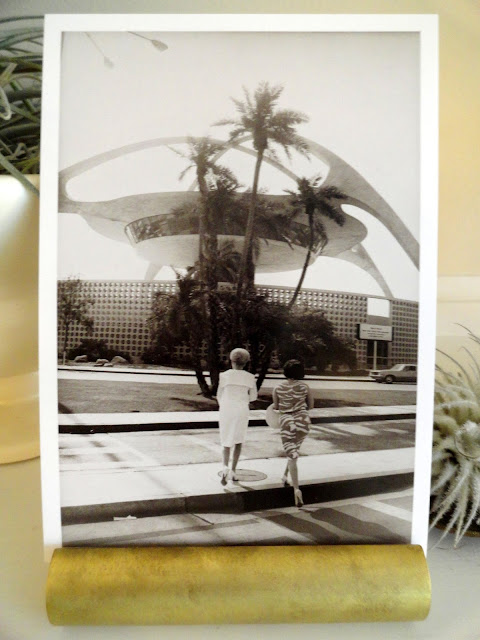 Had to share a close up of my fuzzy Tillandsia, which is (thankfully) still alive! 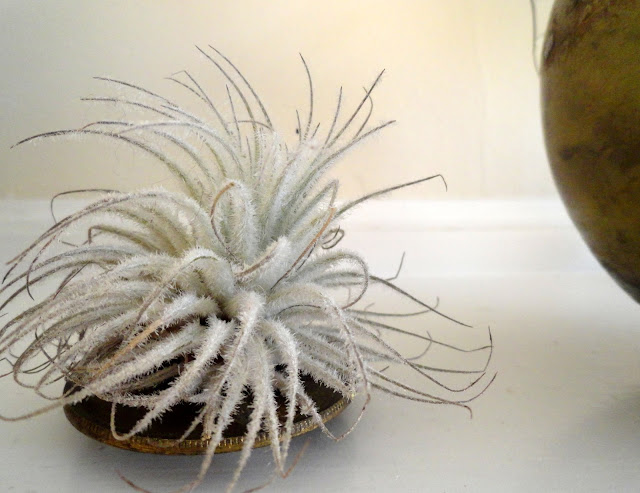 Not so much for my Resurrection Fern, Selaginella lepidophylla. I let it get too dried out, I forgot about it and years went by without it getting any moisture. 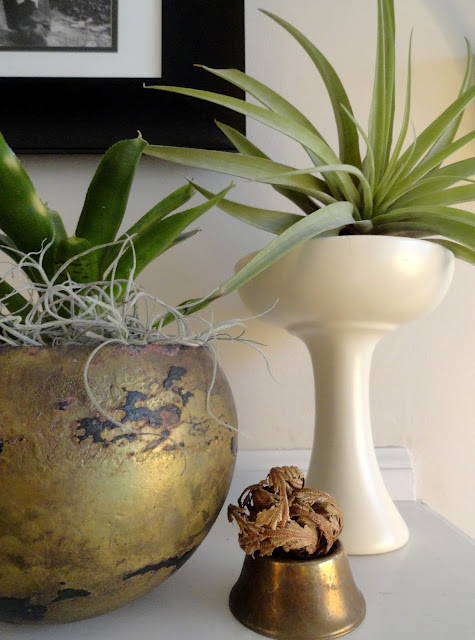 For more Monday Vase creations visit our hostess, Cathy at Rambling in the Garden. 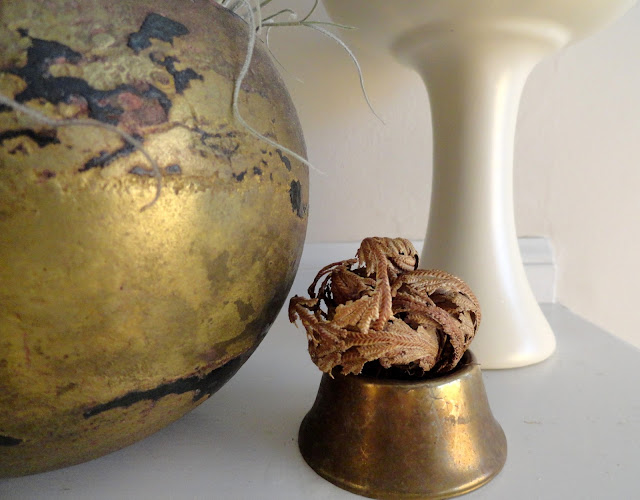