Sitting on the patio one afternoon, diligently working away on the laptop (thank god for a strong WiFi signal) I found myself glancing about the garden. That in itself isn't odd, after all that's the entire point of working on the patio, right? But I'd had a thought that wouldn't go away. I suddenly knew I needed some Tillandsia usneoides, aka Spanish moss...and lots of it. Last year I'd scored some bargain wads (that's really what it was, a wad held together with a rubber band) at the pet store, this year I'd not been so lucky. That's when I had a flashback to this post from The Outlaw Gardener, when he bought some on eBay. What were the chances that same eBay seller was still pulling Spanish moss from his trees? Quite good it seems, since I was able to purchase a stuffed box and have it shipped from Florida for a relative song (which of course makes me wonder just where it came from...) but anyway...it arrived and I was thrilled. Then I thought..."what am I going to do with this stuff?"... 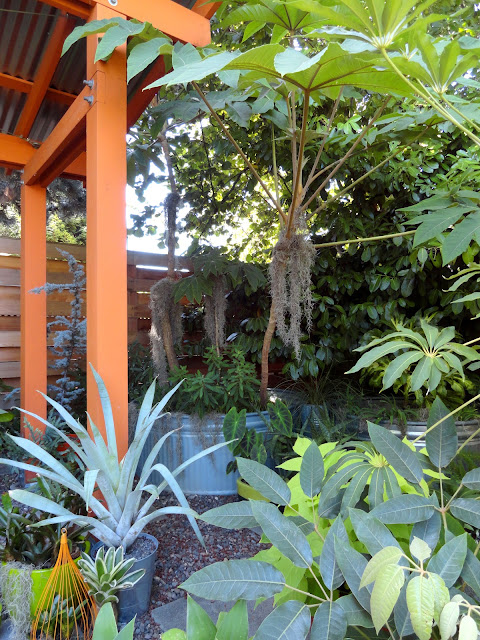 The box sat in the garage (opened, misted) for a couple of weeks. I wasn't inspired. Then one morning I grabbed it and started draping it around under the shade pavilion. 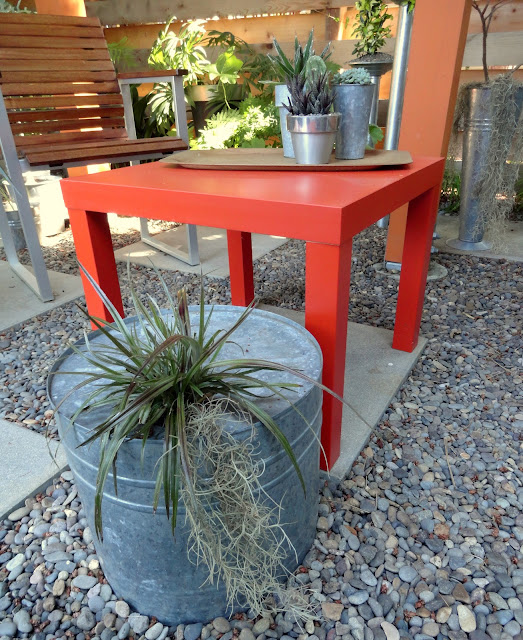 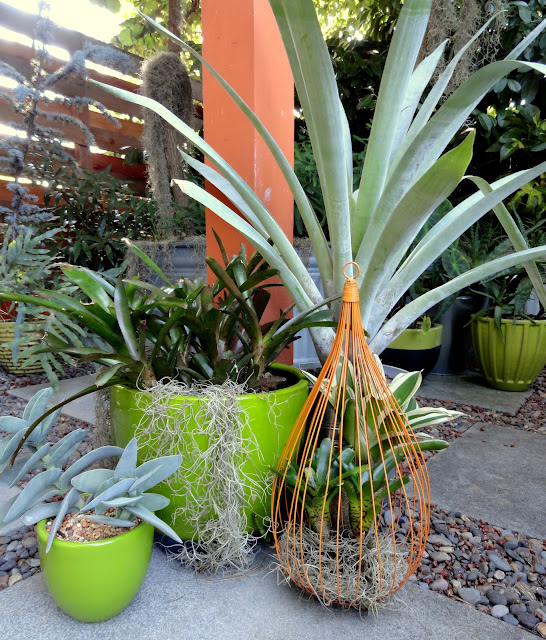 And the majority was draped in, on and around the tall Tetrapanax. After all if you're gonna have a proper jungle... 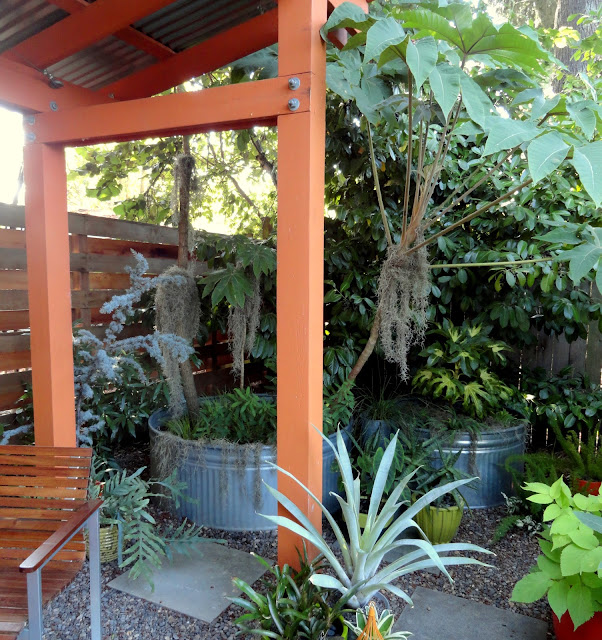 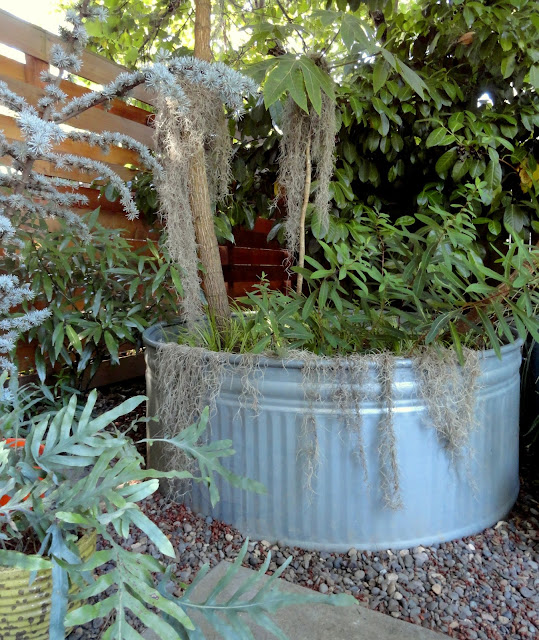 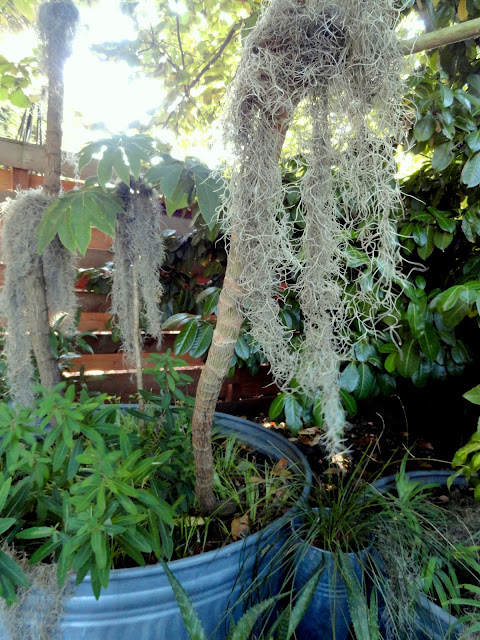 There on the right is another new(ish) acquisition, my Fatsia japonica 'Variegata' (sold as Camouflage from Monrovia). A Gunnera had graced that spot always and forever, but as I mentioned awhile back it's just gotten too shady there, thus the Fatsia. 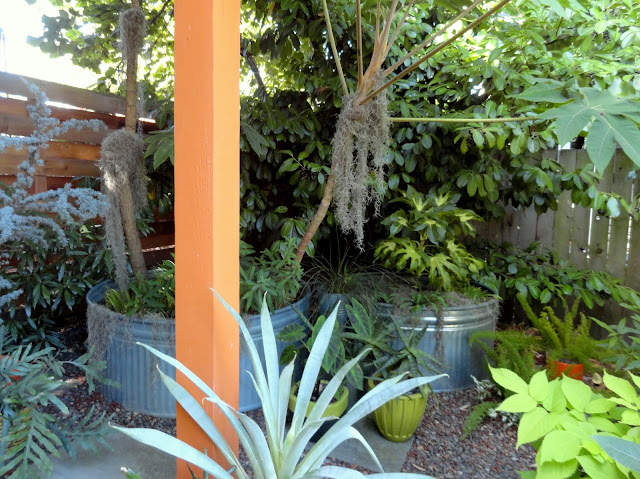 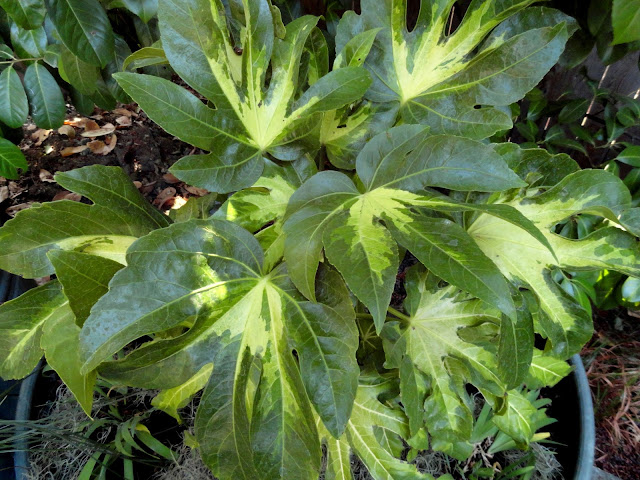 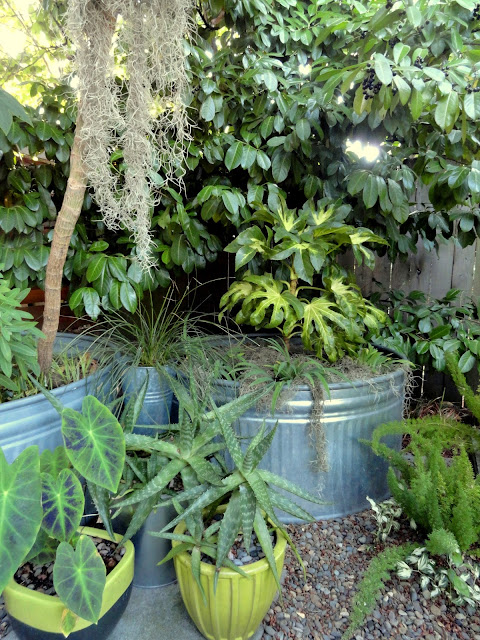 And the Tillandsia usneoides. 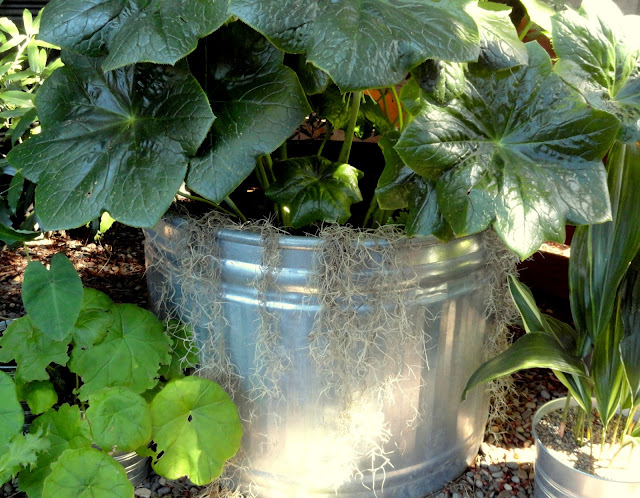 It's silly, but what the heck, sometimes we need a little silliness. 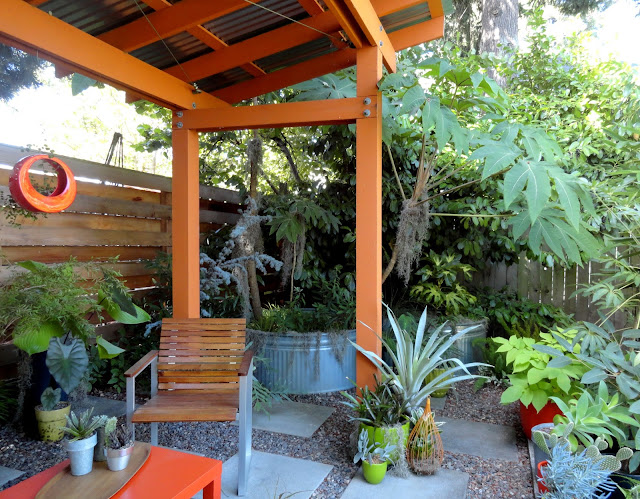