In a vase on Monday, the kindness of gardeners edition

There was a gift bag left on my porch last week, in it was this vase. I have three very kind people to thank, but I have no way to get a hold of them, so I thought maybe an "In a vase on Monday" post might be just the ticket. Oh and do you think they nailed my style? In my hand is the gift vase, on the wall and the shelf, it's siblings. I love it! 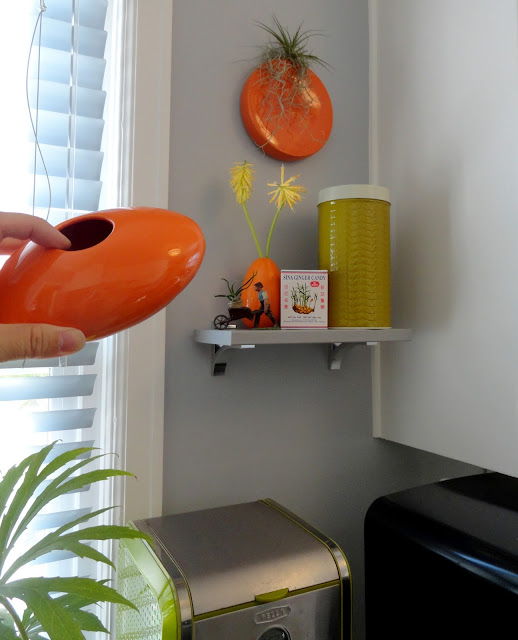 Since the vase came to me via the kindness of gardeners I decided that would be the theme. I set up shop on the patio and walked around the garden taking cuttings of plants given to me by my fellow gardeners. Loquat (Eriobotrya japonica) leaves were the starting point. I wanted this to be a bigger arrangement than one might expect for a petite vase. 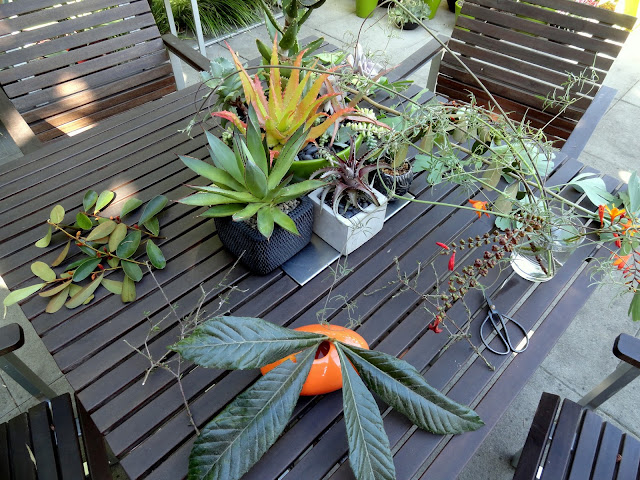 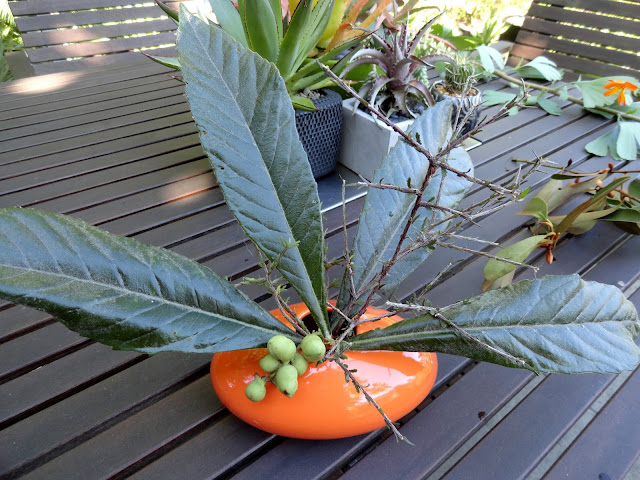 And the seed pods of Magnolia laevifolia, some of which end up sort of fused together. 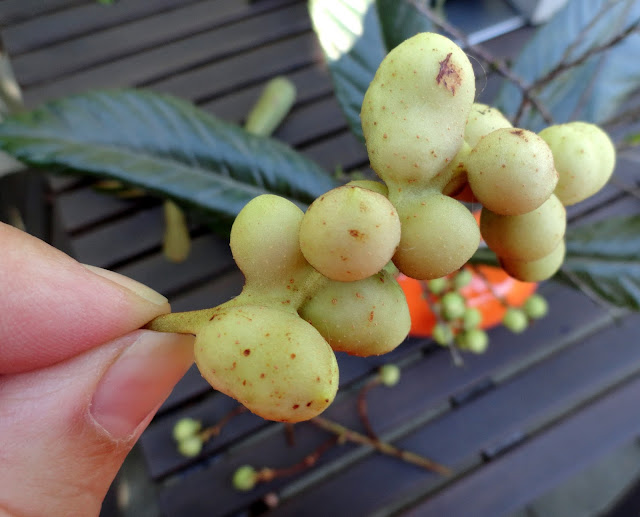 I'd been putting off cutting this big, non-variegated shoot from my otherwise variegated Ginkgo. Thinking it might work in the vase I decided it was time. It didn't end up being used it but it's good I cut it. Can't have the whole thing going green on me! More Magnolia laevifolia pods (the branches themselves just didn't look right in the vase and were already wilting) are joined by Crocosmia 'Orangeade'... 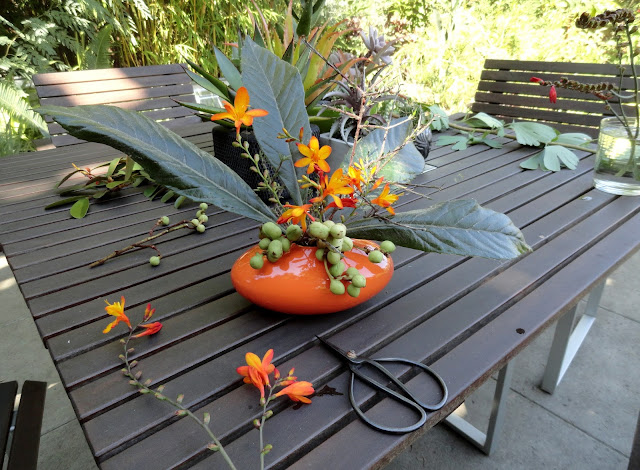 And a few branches (and seeds!) from Grevillea x 'Neil Bell'... 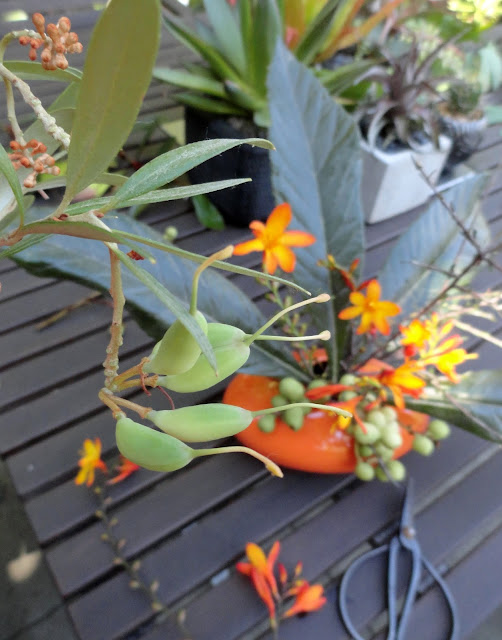 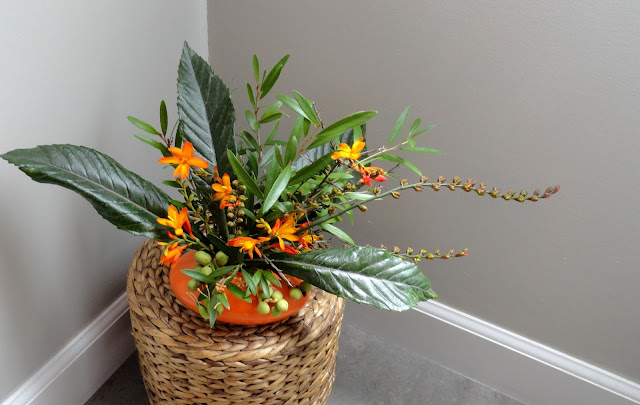 This was just about the end of the Crocosmia, 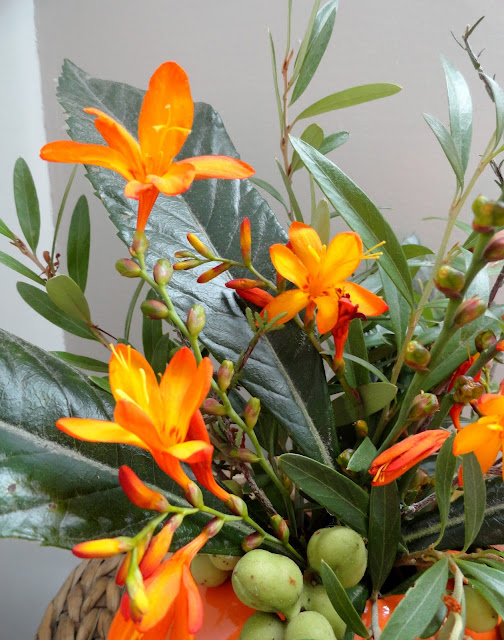 The seeds are just as lovely though. 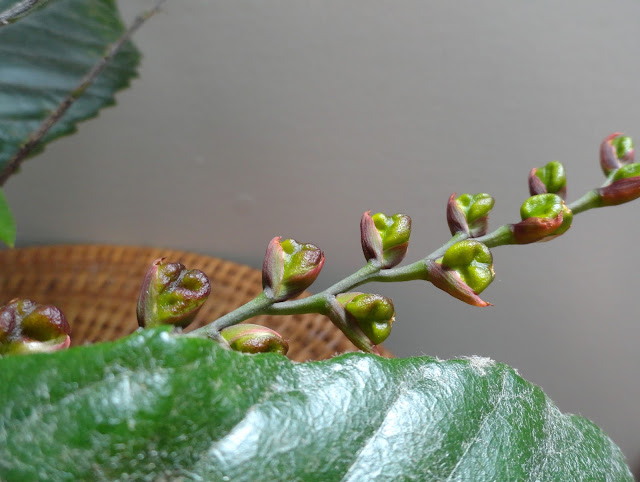 So kind of the Pittosporum to lend support. 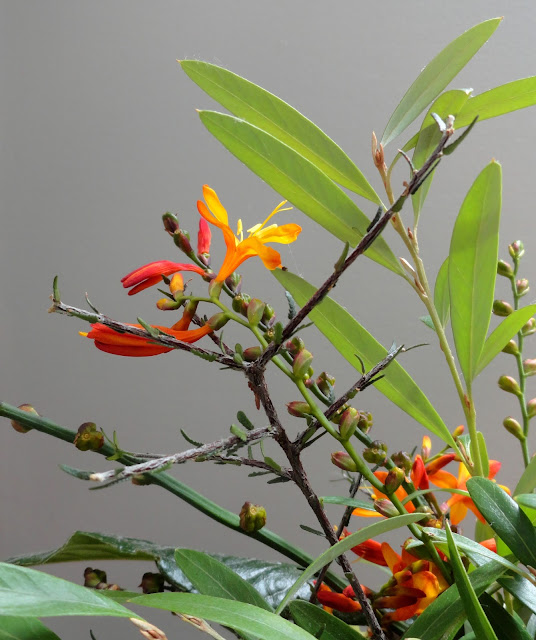 Kris, who blogs at Late to the Garden Party, always shares the backside of her Monday vases, I decided to follow suit. I'm glad I did because the Loquat leaves glow! 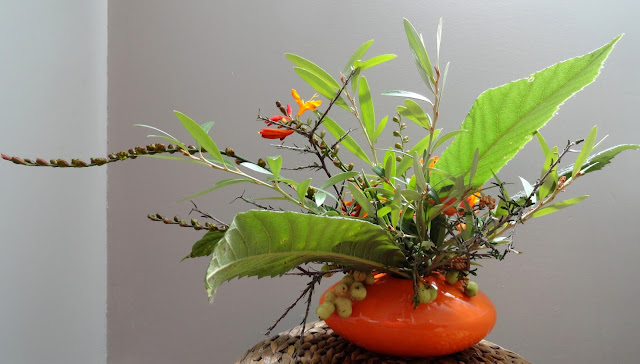 Thank you to those very special people who left the vase for me to discover. Thank you to my gardening friends for all the plants you've given me that grace my garden, and those in this vase. You've all touched my heart in a big way... 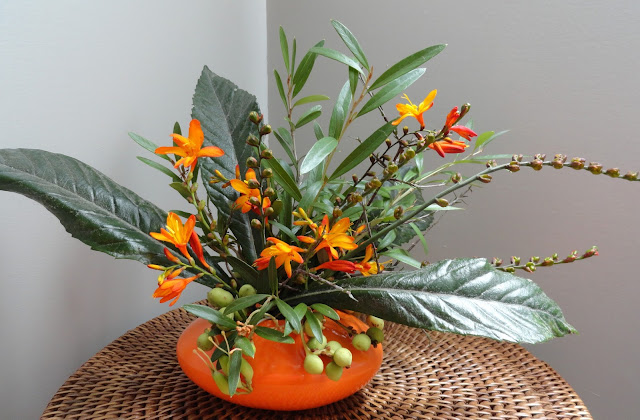 Visit Cathy at Rambling in the Garden to see the creations other gardeners have come up with! 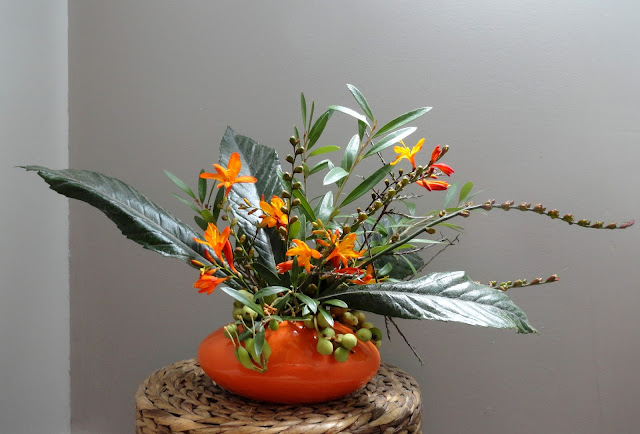