Oh what a mess!

This scene greeted me when I returned home from the Farwest Show on Saturday afternoon. 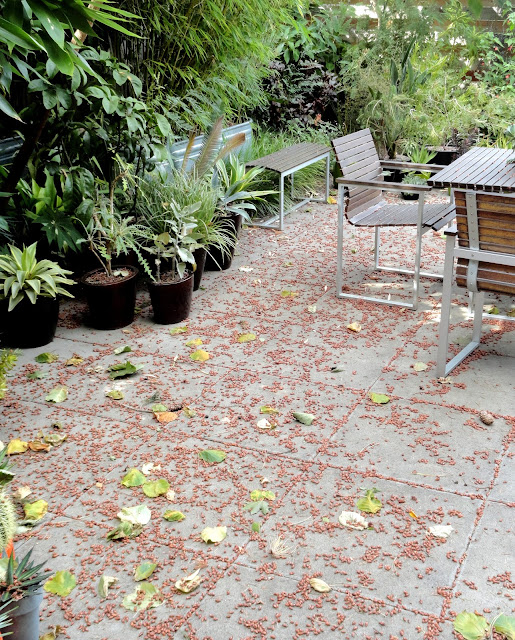 The Weather Gurus had been predicting big rain for the weekend –  over an inch – more rain than we'd seen in months (since March to be exact). However as the weekend drew closer they were backing off on the rain totals and starting to talk about wind. Big winds. Damaging winds, considering the deciduous trees still have their leaves. Winds like we'd never seen in August. 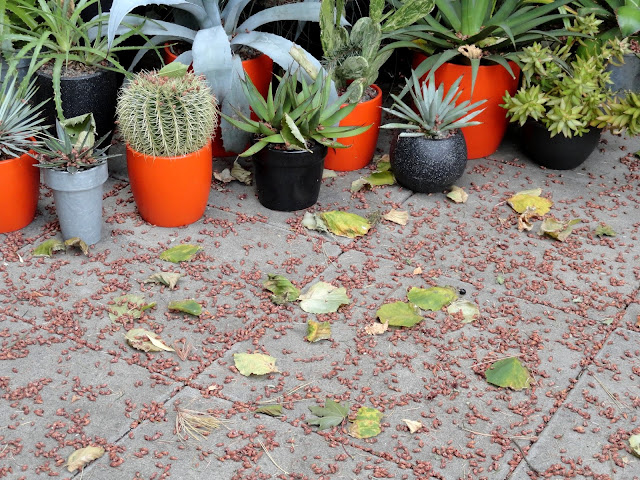 Sure enough, we set a new record for high wind gusts, 43 mph here in Portland. 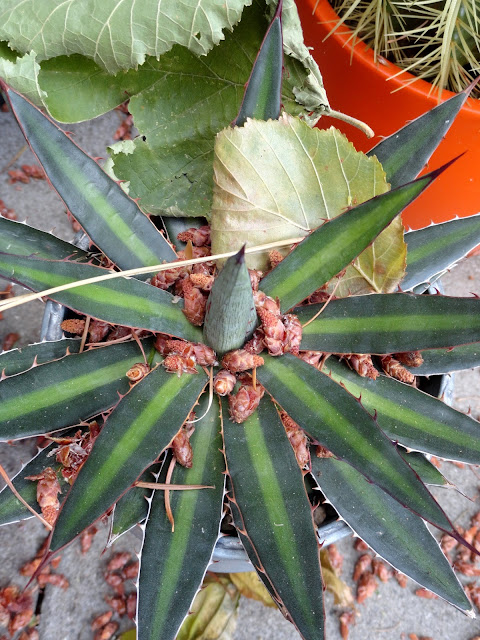 I took these photos around 3:30 on Saturday. The wind continued into the night and rain fell intermittently over the next 24-hrs (a little over half an inch of precipitation was recorded here in my garden). 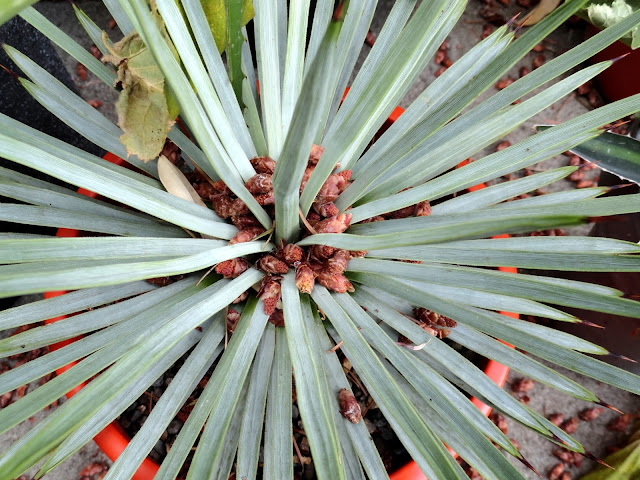 In other words things were even more messy than this when I finally started a little clean-up on Sunday afternoon. 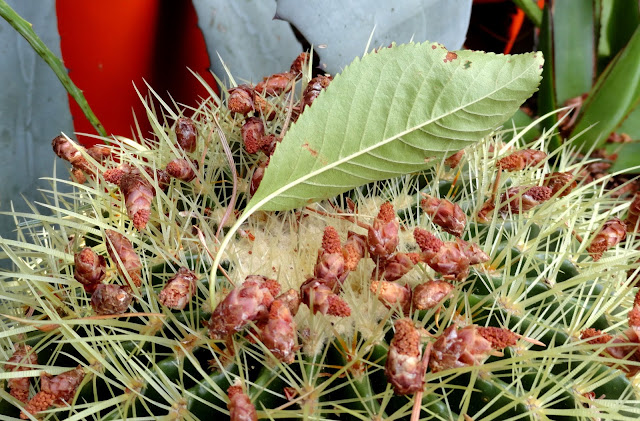 My heart goes out to the fine people who were opening their gardens on Saturday for the Conservancy Tour, what unlucky timing for them. Even if they escaped having their gardens thrashed, the wind and rain was such that it probably kept the turnout low. After all the hard work that went into prepping their gardens they should have had adoring masses there to appreciate it all. 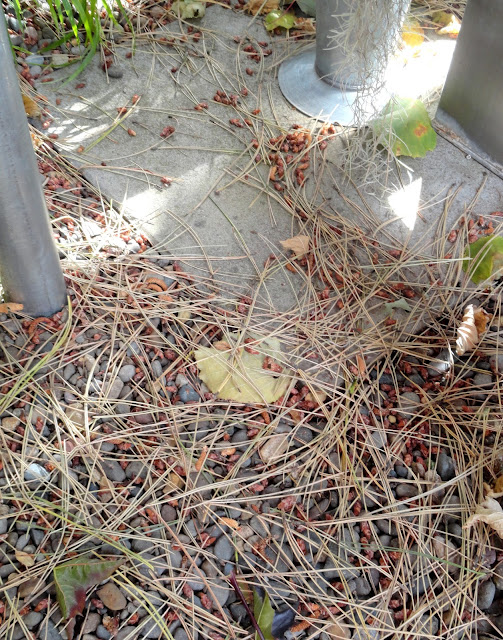 I feel like I'd somehow won the tour-lottery, since the Green on Green Tour (and my open garden) could have just as easily been this Saturday, rather than on the 13th. 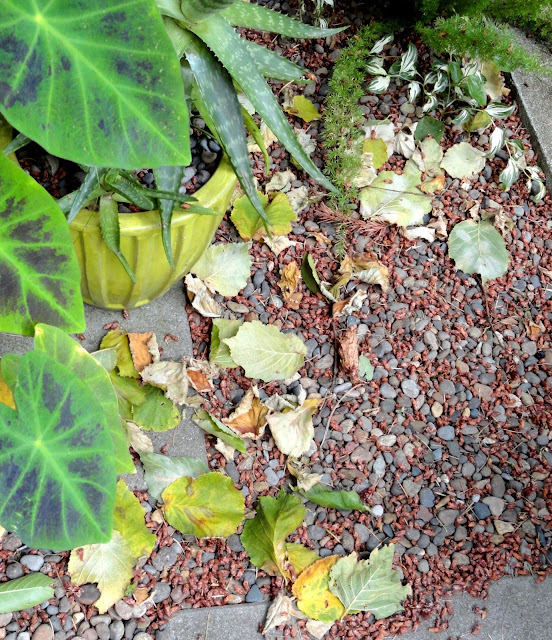 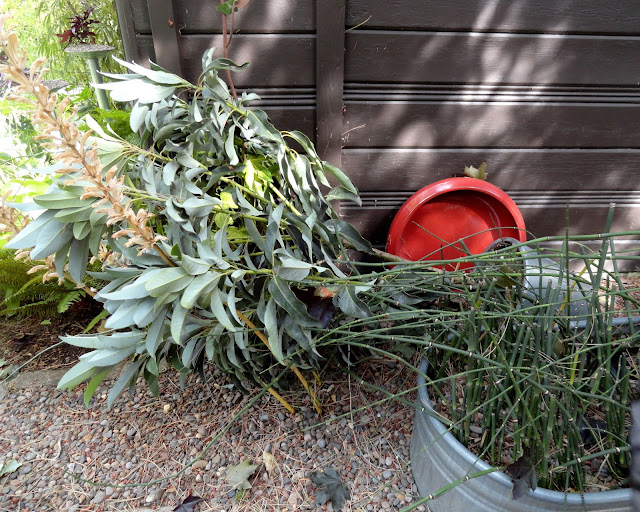 But thankfully no serious damage was done. Unlike others who had branches or entire trees land in their garden. 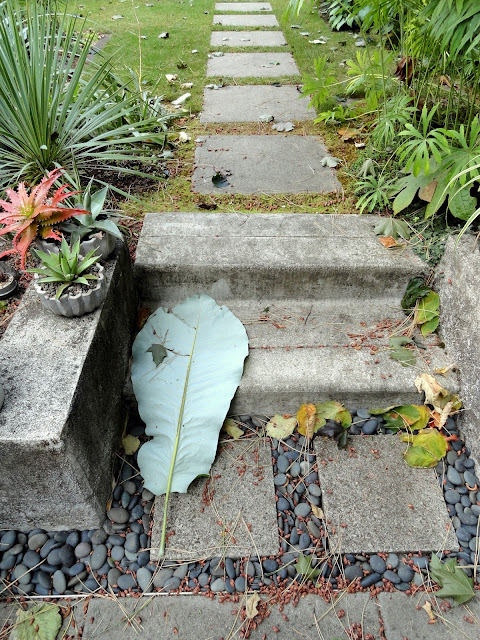 And let's not forget those dealing with damage, or loss, or health issues, due to the horrible fires raging nearby. 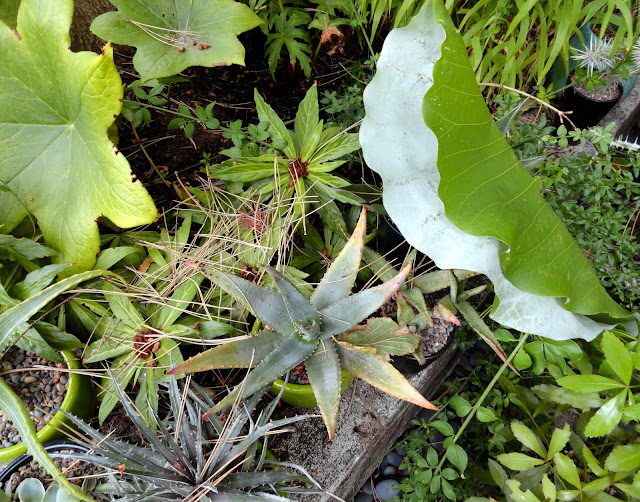 My garden is a mess due to the unprecedented storm, but a mess (while being demoralizing) is just a short term situation. 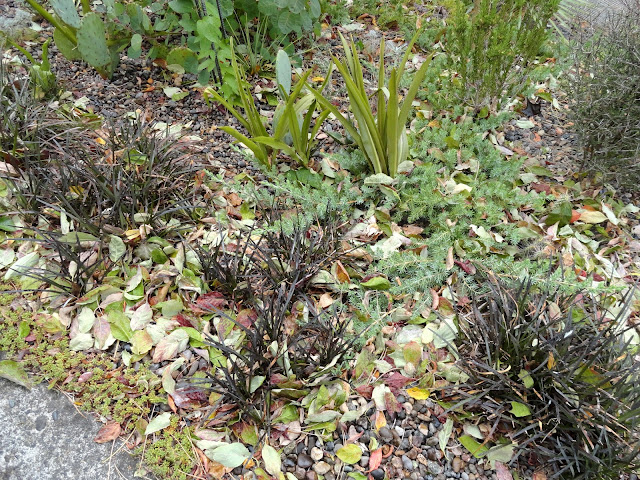 And heck, my garden work-load had been a little light the last week or so. 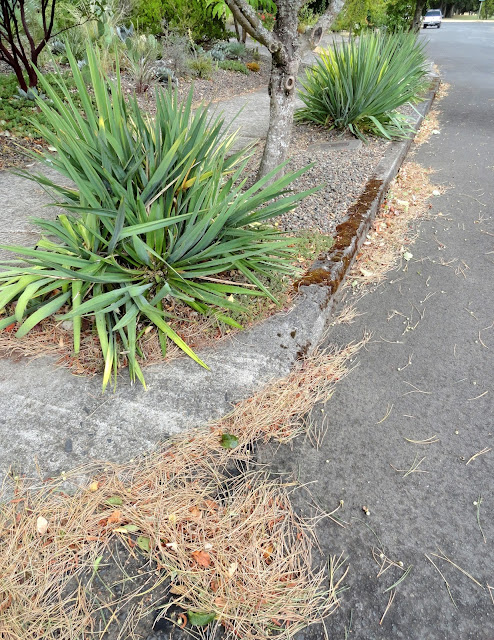 Let's end on a more positive note though, shall we? Between leaving the Farwest Show and coming home to document the mess I made a stop at Xera Plants. 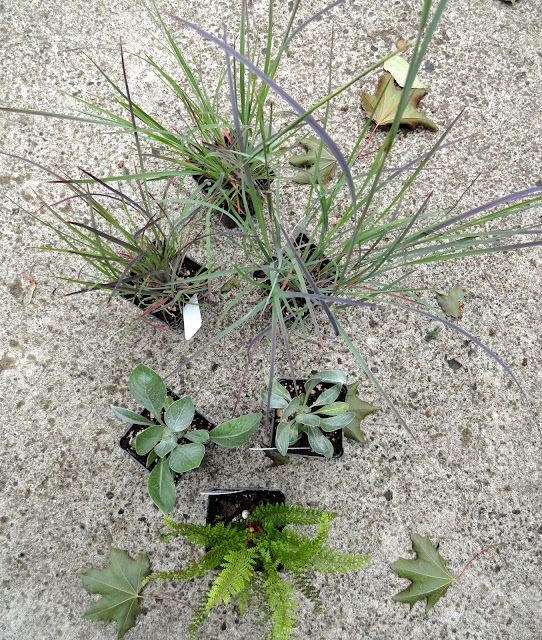 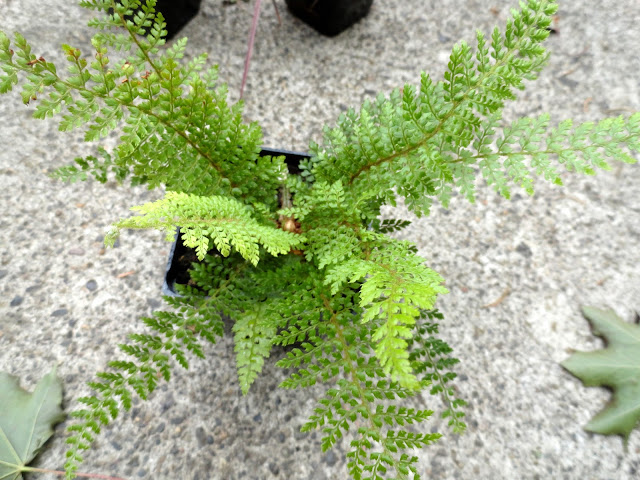 A sweet little fern, and evergreen! 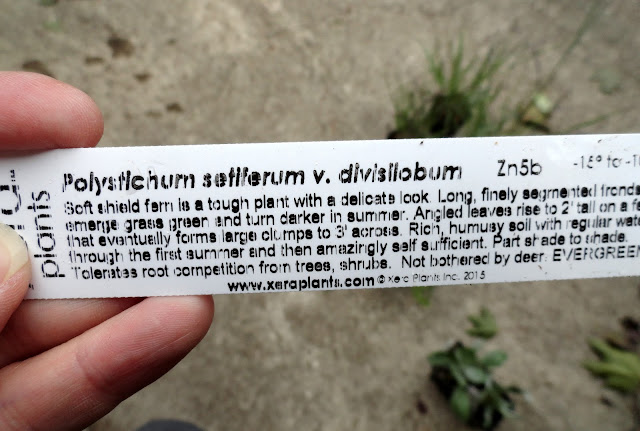 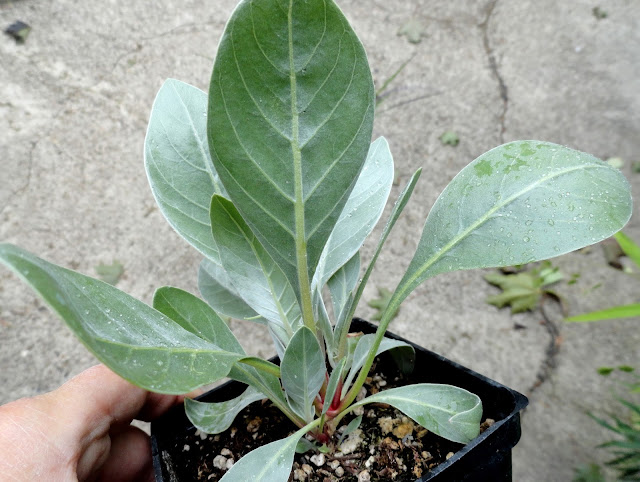 Those leaves! They're silvery and lush. 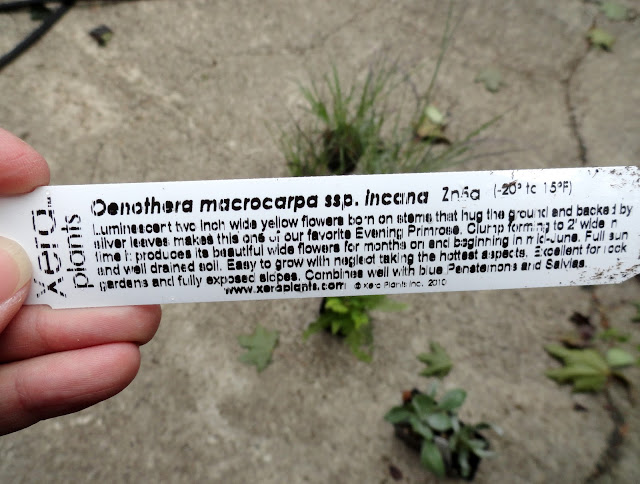 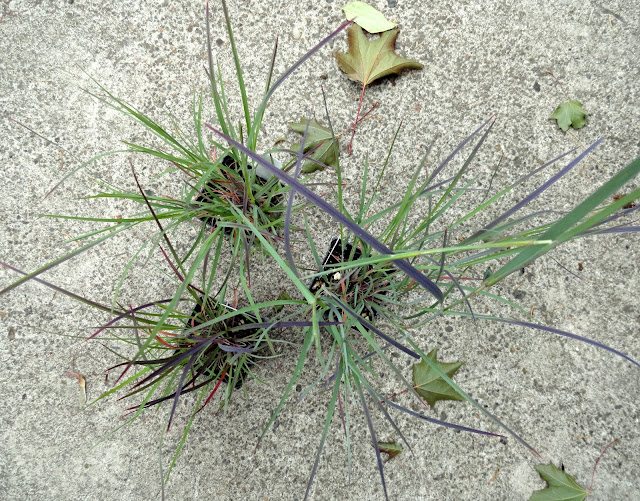 I so excited about this one! I've been crushing on it for over a year, glad to finally be adding it to my (messy) garden... 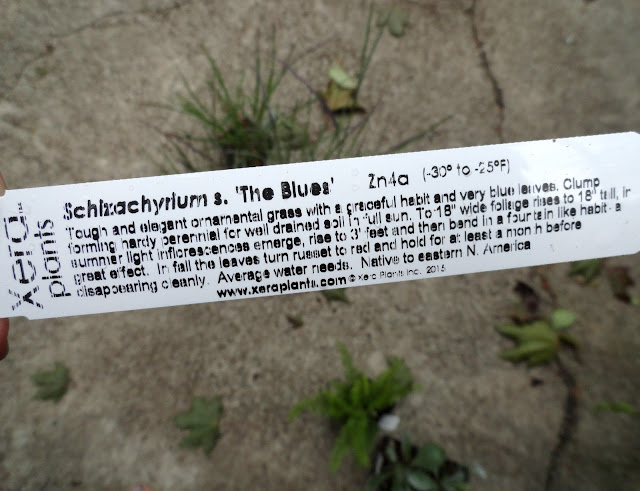