This weeks favorite, the Mesquite Tree...

My 'favorite plant' feature is an opportunity to post about a plant that's caught my eye and is looking really good in the garden. However this week I'm feeling rather disconnected from my own garden, I haven't spent much time there and I’m not sure what's looking good. This beautiful tree, a Mesquite, grows in the front yard of my in-laws home in Truth or Consequences, NM. 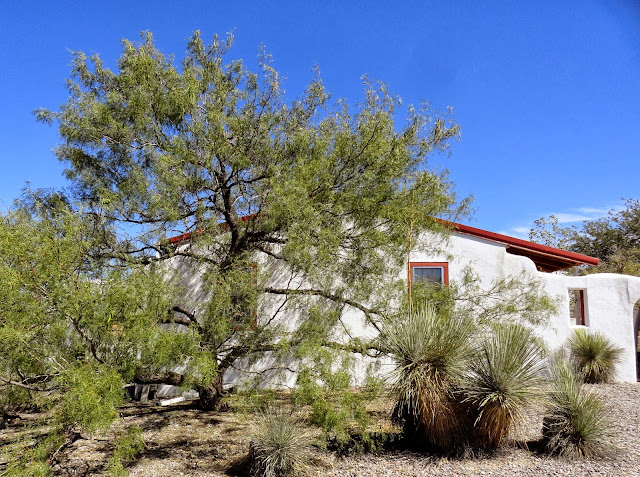 You might recall we visited a T or C few weeks ago, unfortunately we had to return last week, my father in-law passed away. I am featuring their Mesquite Tree in his honor. I've been captivated by this tree since my first visit here back in 2008. It's the seed pods that first got my attention... 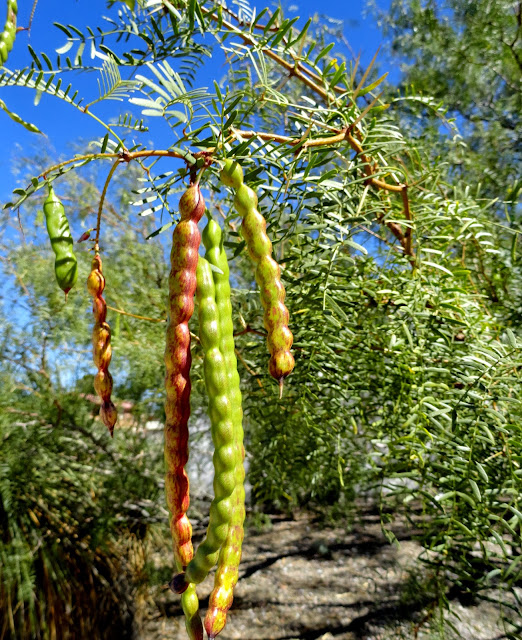 But the tiny leaves are beautiful too, especially against the blue blue sky. 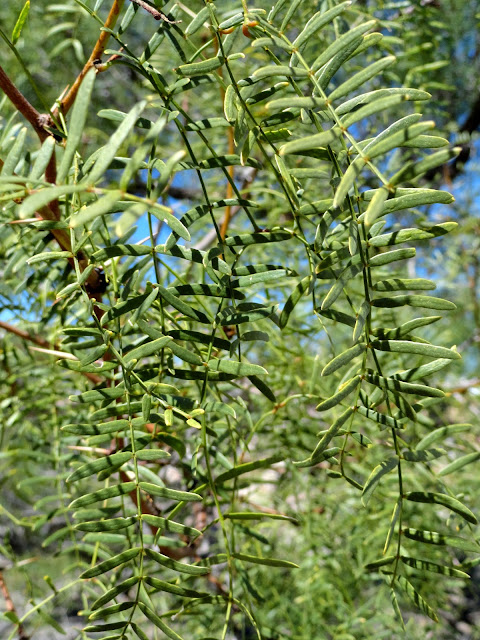 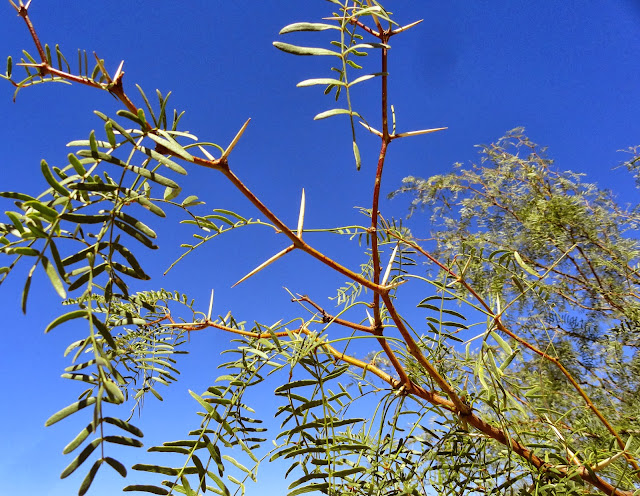 It wasn't until taking these photos that I discovered another feature, it has spikes! 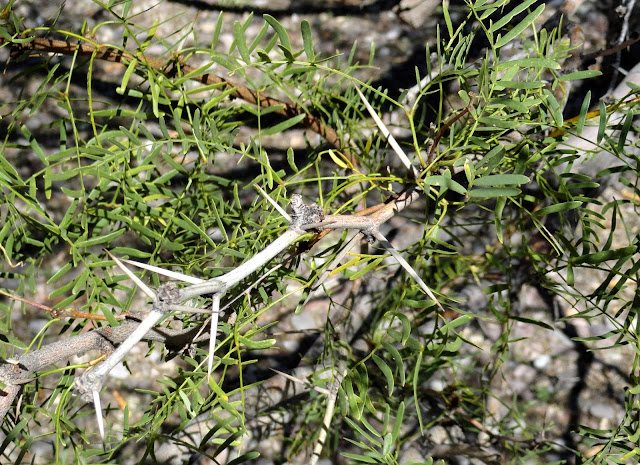 And it does drop a few pods… 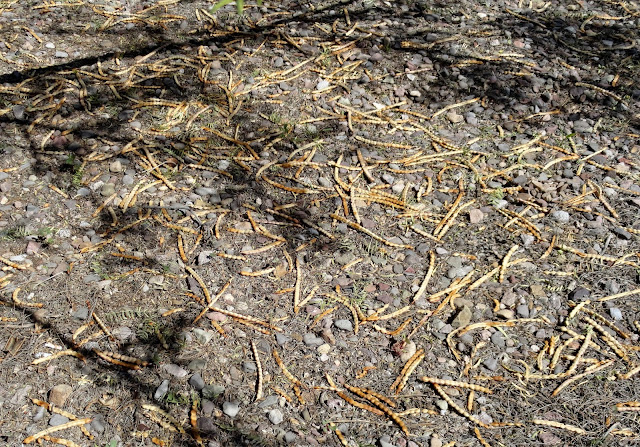 Distance and age kept me from knowing my father in-law as a gardener, but I've heard many stories. He was a Nebraskan farmer and brought his farming ways with him when they moved to New Mexico, although on a smaller scale. He saw to it their small plot of land was terraced and a garden was planted. In later years, as balance became an issue for him, they purchased a pair of stock tanks in which he could grow vegetables, ready-made raised planters.

It's difficult for me to write with any authority about the Mesquite, since it doesn’t grow in my garden, but here are some facts I've found online...
I was curious how old this tree might be, however since my in-laws have lived here for almost 20 years and the tree preceded them I have no way to know. 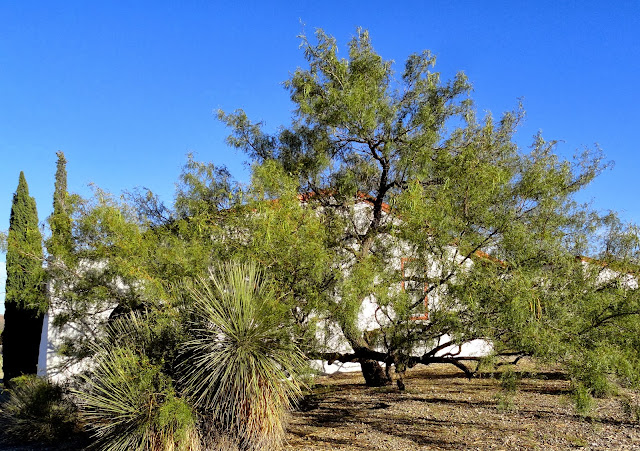 I can tell you they pop up freely around town, vacant lots always have a few, like this sturdy little guy. 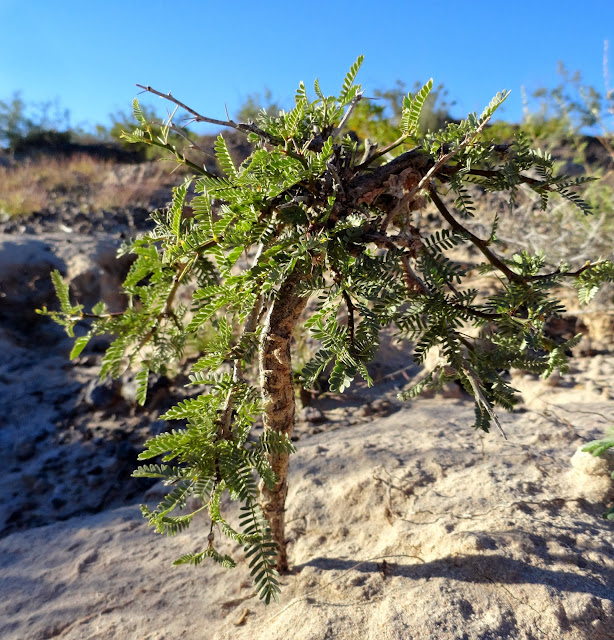 “I could ask for no better monument over my grave than a good mesquite tree, its roots down deep like those of people who belong to the soil, its hardy branches, leaves and fruit holding memories of the soil. . . .”
— J. Frank Dobie, Texas writer (source)

As always I'm curious what's looking good in your garden this week...