Say Hello to my Little Friend…

Moving containers around in (semi) preparation for their winter storage I was surprised to find an entire, preserved, dragonfly. I approached him carefully, expecting him to take flight. He did not, after all he was dead, and crispy. 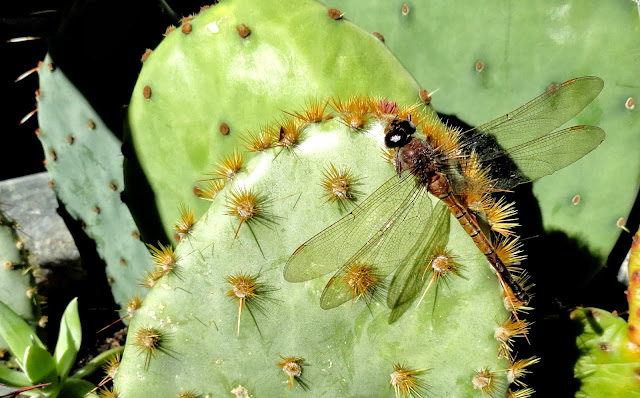 He was (is) beautiful. I’ve named him Crispy Glover and given him a nice place to hang out, on an Opuntia aciculata (Chenille Prickly Pear) pad (gift from the miserable gardener). 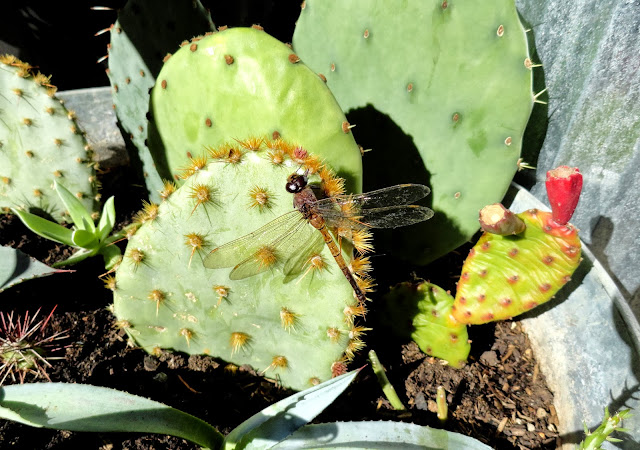 That way I can keep an eye on him, kind of like an extended science experiment. Don't you think he looks happy there? 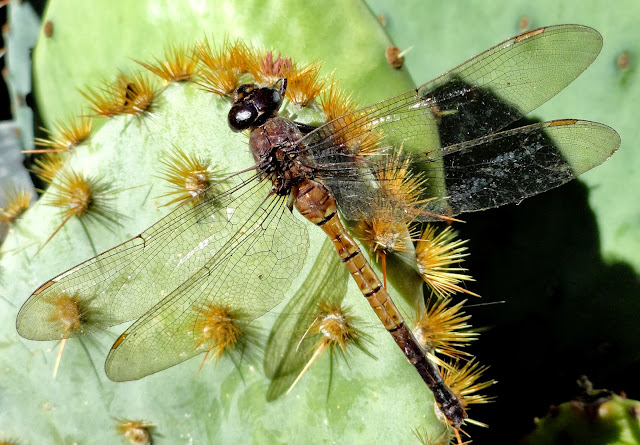 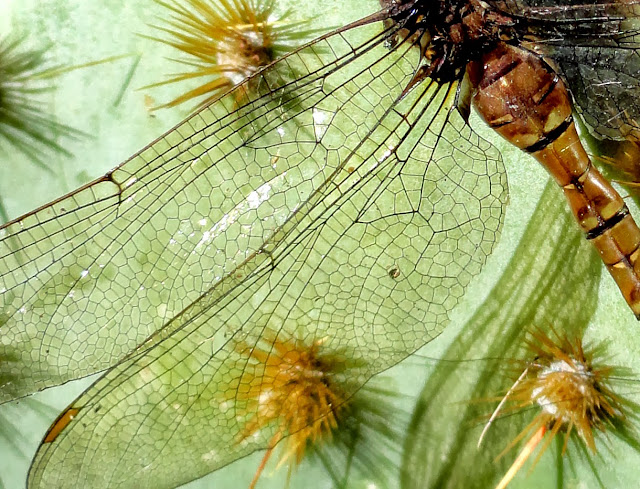 In a way that’s kind of what my driveway planters become over the winter, an experiment. I’ve called them my “Denial Garden” in the past. It’s where newly purchased (and gifted) things go when they’re in holding until spring. This year it's a bit of zonal denial plus a lot of denial that another season has come to an end. If I keep scheming and dreaming then the gardening season just continues, right? 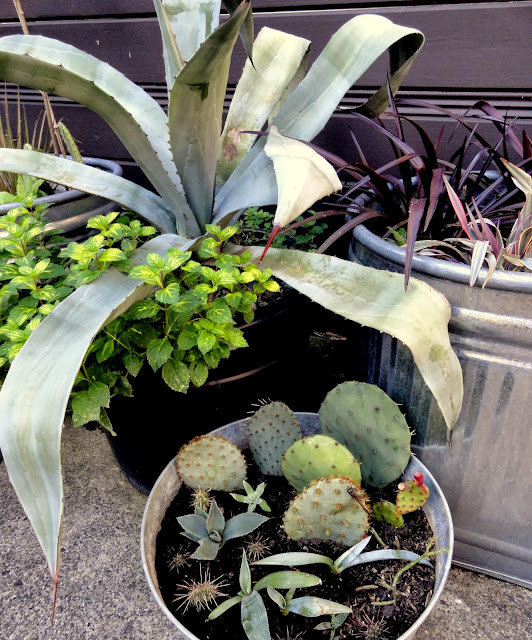 I haven’t even written about a lot of these plants yet. New purchases, things from the Portland Garden Bloggers plant swap, etc, etc, etc. Most of them are destined for the new planting area which will be created by the removal of the monster privet. 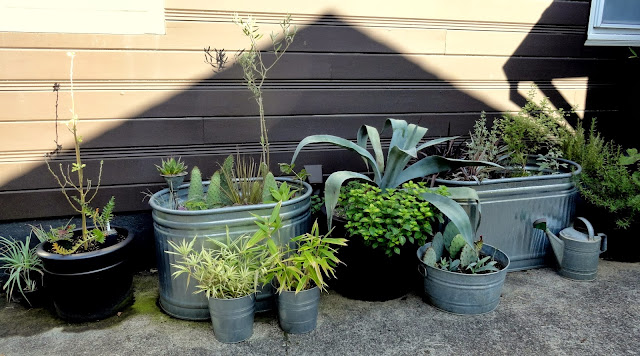 I am both dreading and excited about that project. 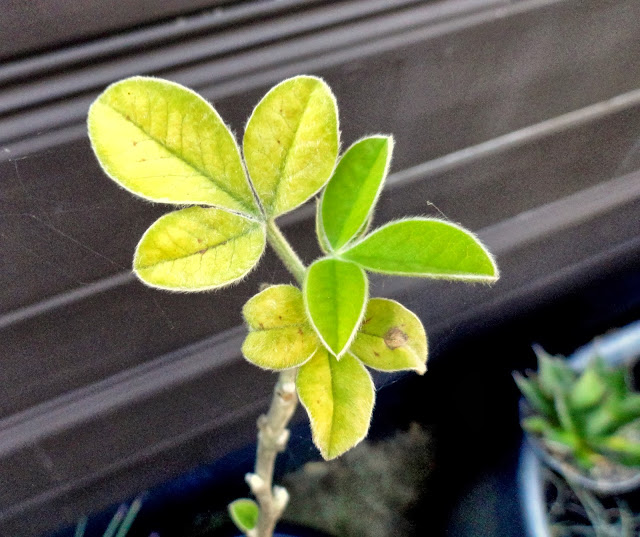 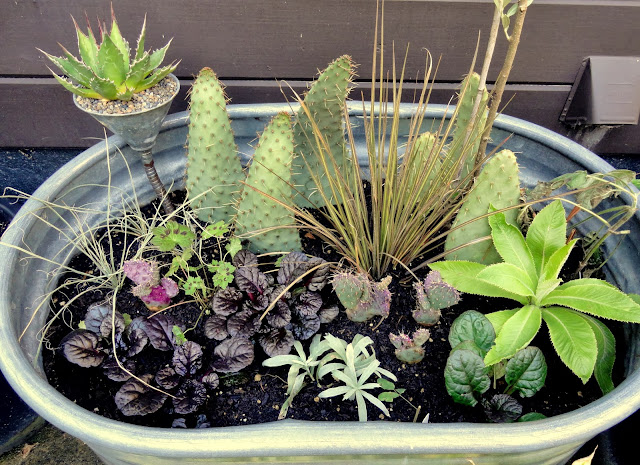 And think about where they’ll end up and what that will look like. 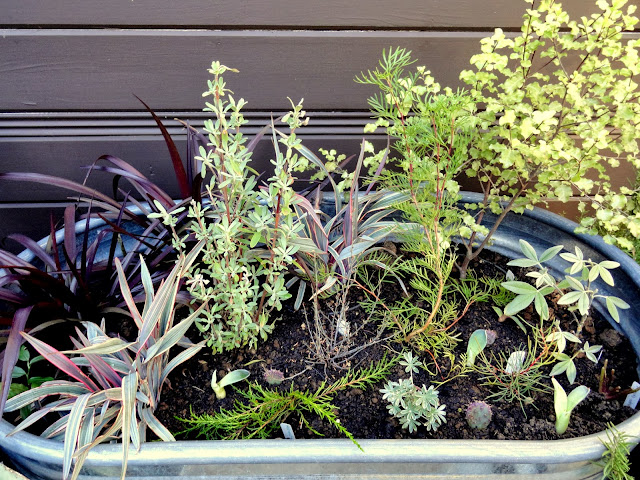 Of course it’s also the area I am using to stage things in transition like these colocasia and alocasia which must be protected from the upcoming winter temps. Oh how I don’t want to think about that. 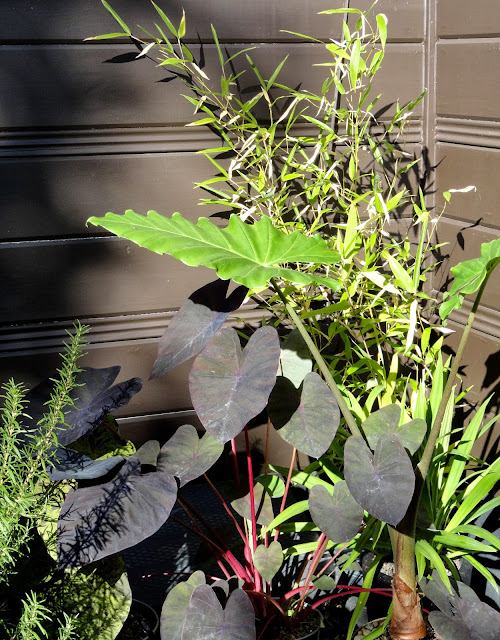 I wonder if the Old Farmer’s Almanac says anything about what crispy dragonflies mean about the upcoming winter. Surely there’s something, Crispy Glover what are you trying to tell me? 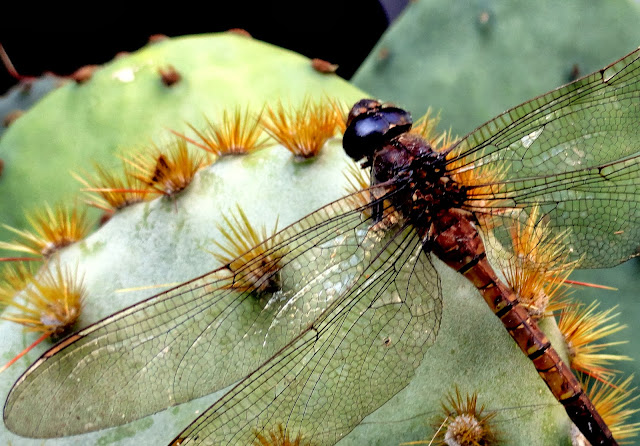