Meanwhile back at home… 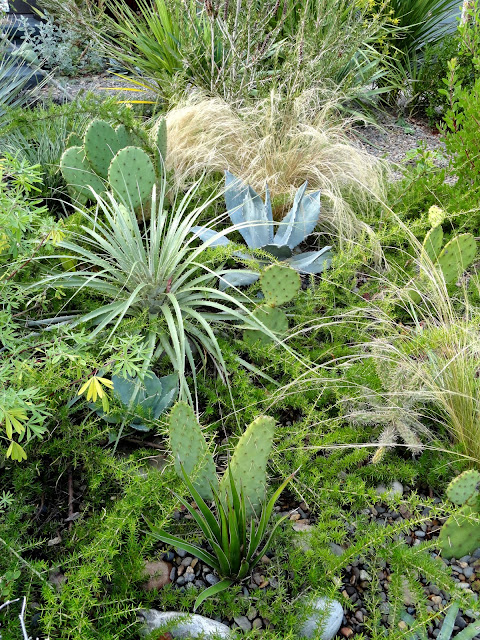 While I missed the glorious Portland weather last weekend (74 and sunny), at least the weather gods have given me a little dry time to get out and see what’s what in the garden since arriving home. So far “fall color” in my garden is a no-show, except for the golden leaves on the Poncirus trifoliata… 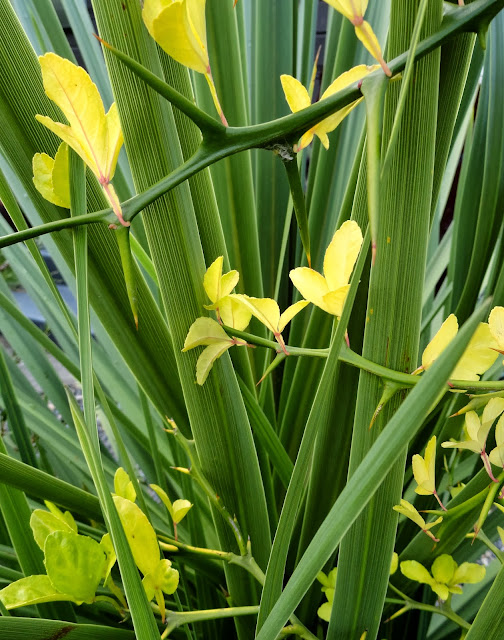 I don’t think I’ve ever caught the Mahonia x media 'Charity' at this stage of bloom. I like it. 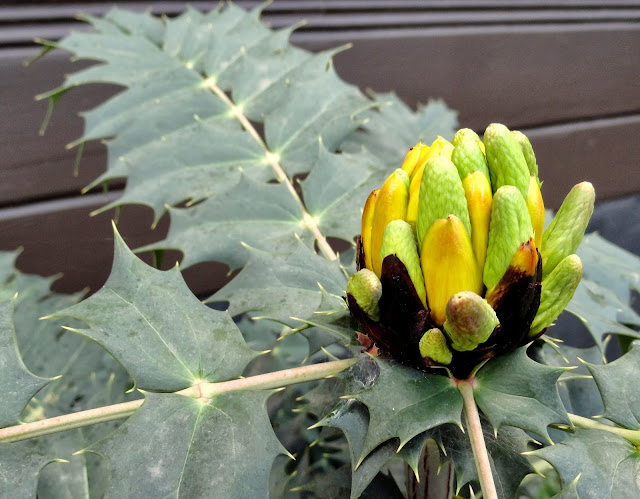 Speaking of bloom, the Musella lasiocarpa (Chinese Yellow Banana) looks like it could go on and on for months, unfolding layers of yellow petals. I’ve noticed more than one hummingbird taking a rest here; unfortunately I’ve not been fast enough with the camera to capture them. 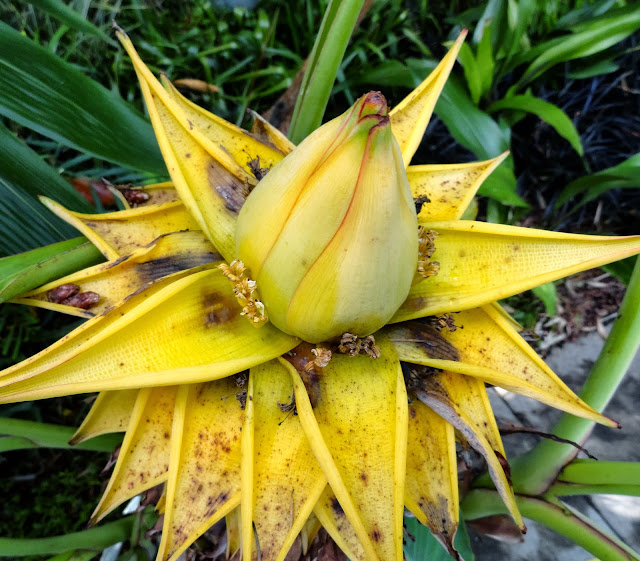 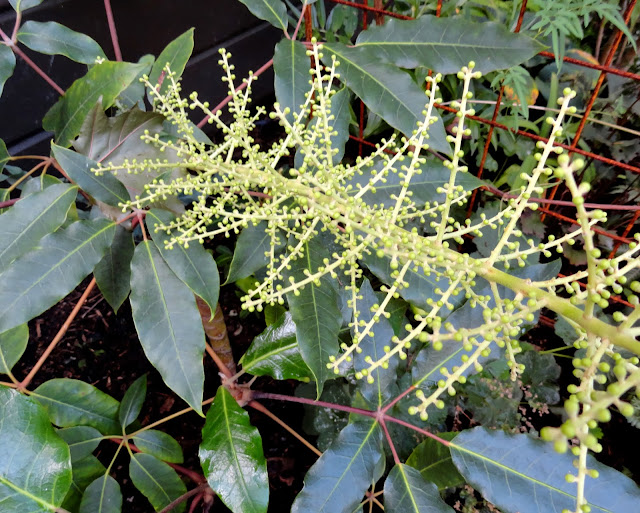 And S. brevipedunculata are coming along nicely. 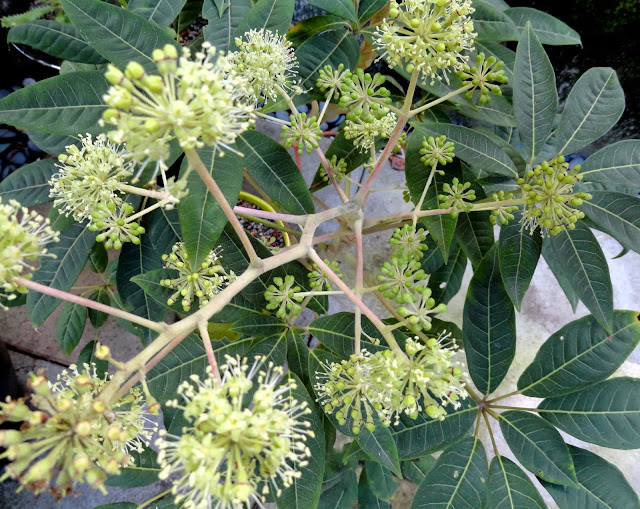 But isn’t it a little late for hosta flowers? 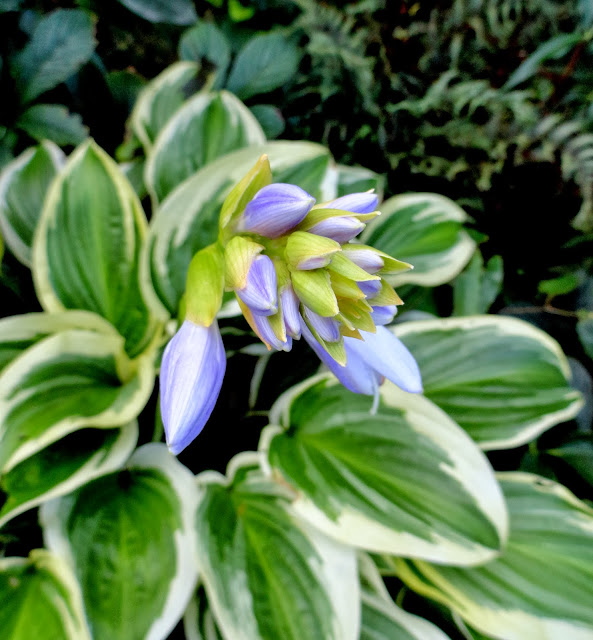 And why are seedlings of last year’s Cerinthe major ‘Purpurascens’ coming up now? Shoouldn’t they have appeared in the spring? 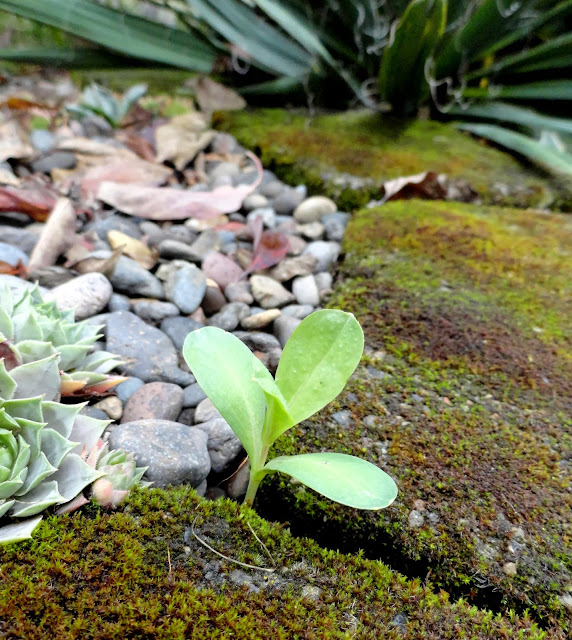 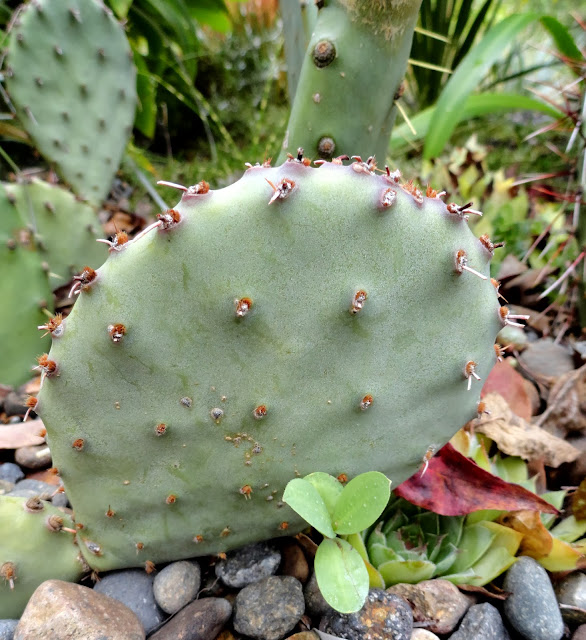 There are only 4 of them here so far, I’m kind of hoping for more. Do you think they’ll make through the winter? 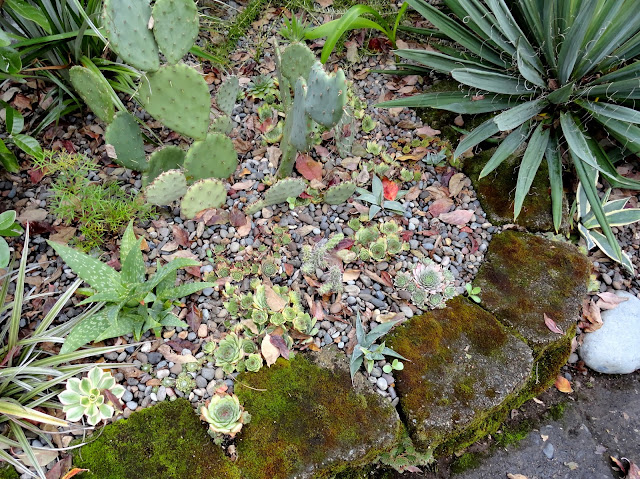 More seedlings! Euphorbia rigida is still a little difficult to find here in the nurseries (at least when I’m looking for it) so I intentionally left last spring’s flowers in place longer than I should have…my plan worked, seedlings! 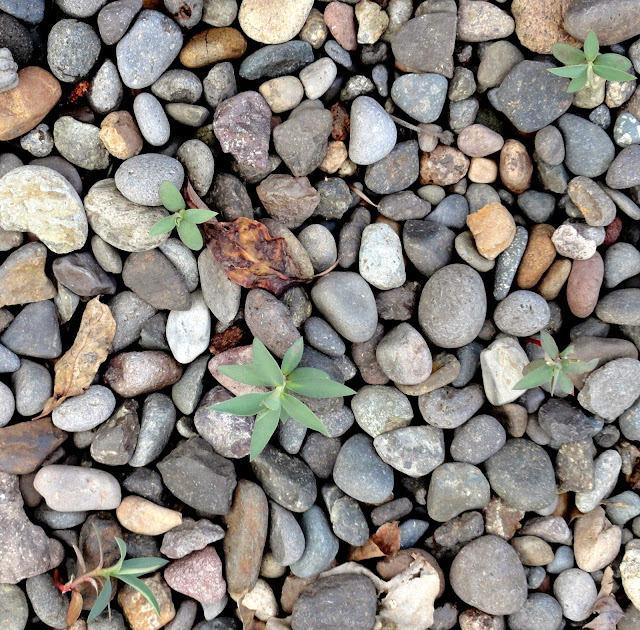 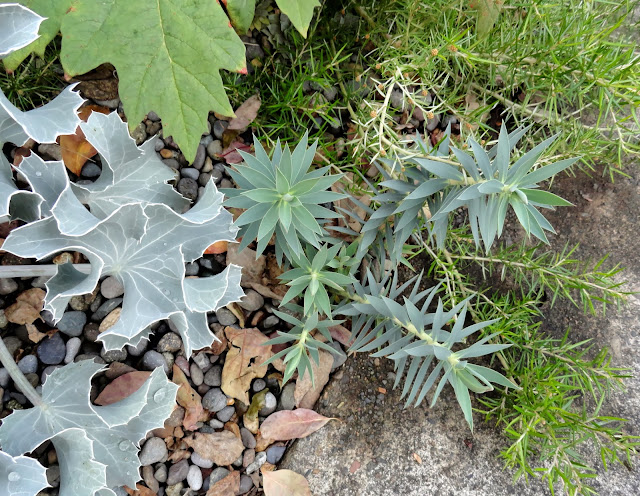 My “new” Hymenanthera alpina is covered with little white berries. 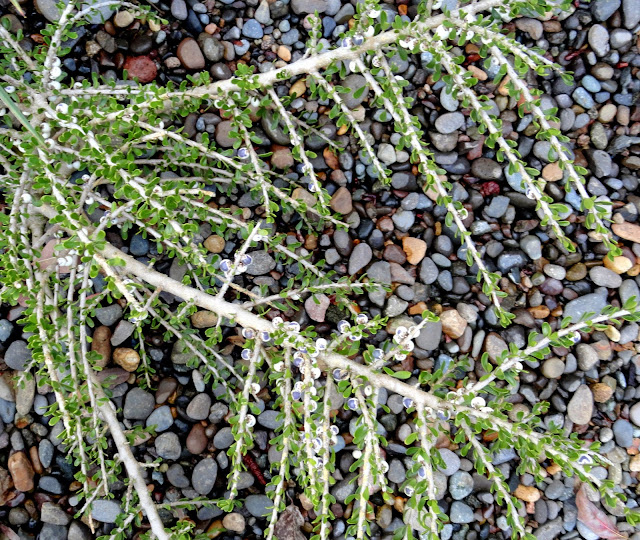 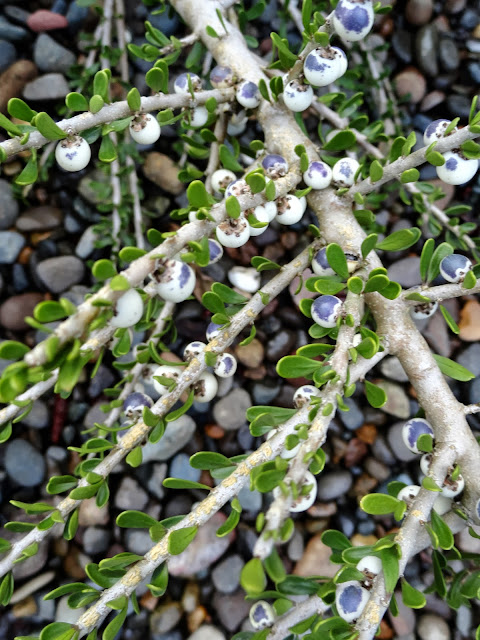 Oh and the Magnolia laevifolia seeds are ripening! 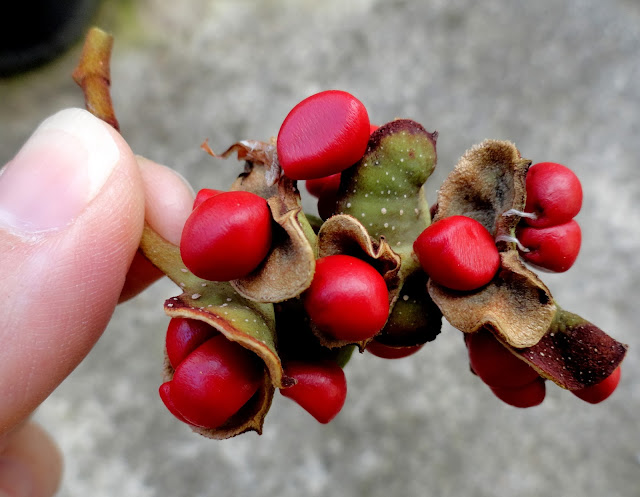 Pennisetum purpureum 'Vertigo' continues its quest to become the size of a bus, not that I’m complaining. 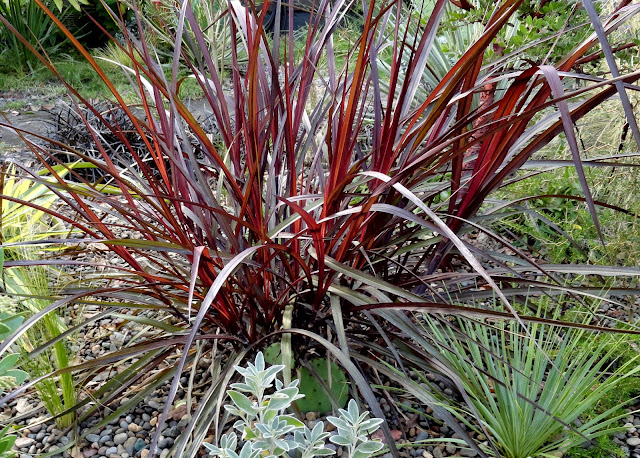 Last Tuesday was the beginning of the month long ‘Tough Love’ parking lot sale at Cistus Nursery and I managed to make a quick stop there before leaving town. I bought a Cytisus battandieri (Pineapple Broom), in need of a little TLC, and this… 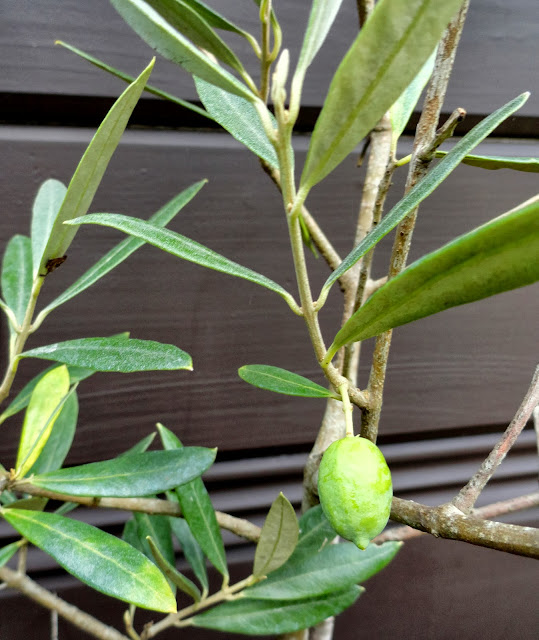 An olive! No tag, I have no idea what it will grow up to be, but heck it was only $6 and that’s half the fun.

And finally a small sign of spring, the flowers are forming on both of my Edgeworthia, this one is E. chrysantha 'Nanjing Gold'… 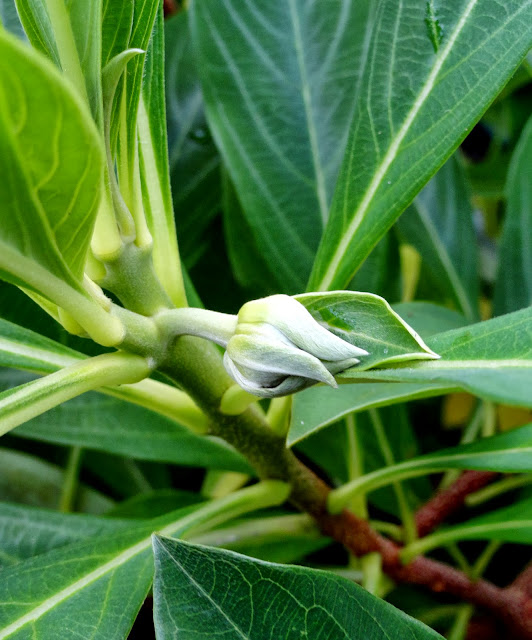 It’s not too early to think about spring is it?