A Bittersweet day in the garden

Last Saturday was gorgeous! I was able to spend a good part of it puttering around the garden, doing nothing other than watering and trimming dead leaves and flowers, in other words just enjoying it.

Lila’s preoccupation with something in the corner of the back garden made me aware that the Dracunculus vulgaris (Dragon Lily) was blooming. Poor dog couldn’t figure out where the smell was coming from…the flies in the vicinity had no problem though. 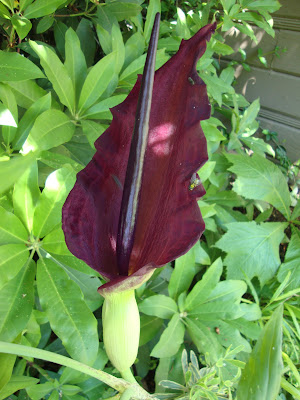 Out in the front garden I discovered a Hesperaloe getting ready to bloom. This will be only the second time I’ve seen this particular plant with a flower; the first was when I bought it back in 2008. I’m a sucker for blooming Hesperaloes! 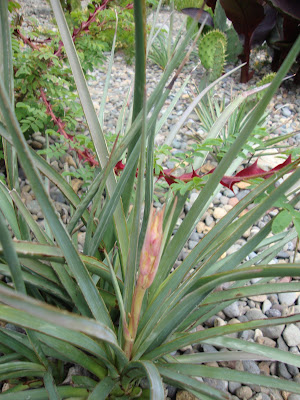 Shortly after that last happy discovery I went in to the house to get a bit of lunch. That’s when I read the news that Dulcy Mahar had died earlier that morning. For those of you not familiar with Dulcy she’s been a regular columnist in the Home & Gardens section of the local newspaper for years, more years than I’ve lived in Portland, heck for more years than I’ve had a garden (she started in 1997). Dulcy’s writing style made you feel like you knew her, as though she was your gardening neighbor.

When we first moved to Portland I was without a garden (we rented a house for a year). Reading Dulcy’s column was the next best thing for me; I gardened vicariously through her, and along the way managed to learn quite a bit about gardening in my new city.

Dulcy had been battling ovarian cancer for several years, yet she still managed to write her column, every week. Perhaps, like gardening, it was one of the things that kept her fighting. I never made it to see her garden, she frequently opened it for tours, I wish I would have.

Back outside in the garden I noticed way deep down in the center of the Eucomis Oakhurst the very beginnings of what will become tall pineapple-ish flower spikes. 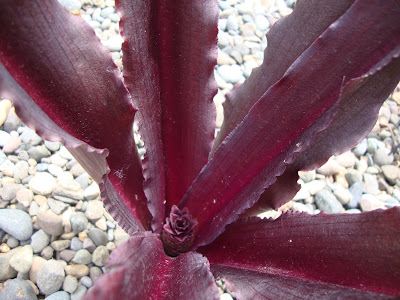 They took last year off from blooming, I’m glad to have them back. I’ll be thinking of Dulcy when they bloom. 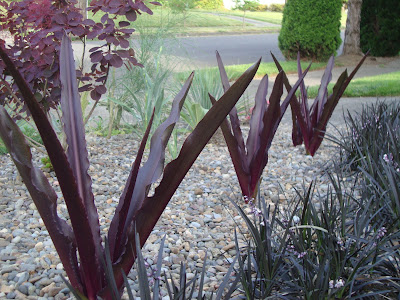