One afternoon last week I left home to run a few errands, but not before stopping to admire the Eryngium agavifolium closest to the driveway and it’s tall, straight bloom spike. Upon returning home the first thing I saw was this… 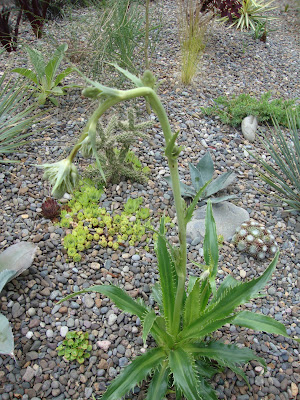 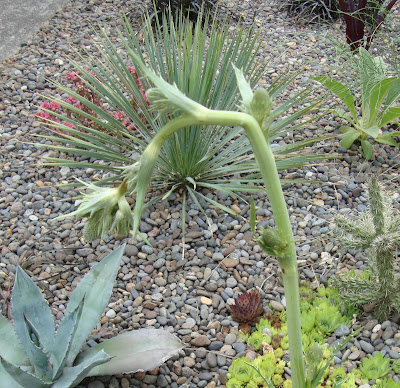 Lest you think it just got top heavy here are the marks where someone tried to break it. These stems are tough characters…not easily torn, but easily broken. Going back to investigate the damage to the Eryngium is when I noticed there was gravel kicked all over the sidewalk, this was the work of the under 20 crowd for sure.

The chief gravel disperser is usually under 10, but hopefully there weren’t any under 10 year-olds walking the sidewalk all by themselves (just because a parent is with them doesn’t stop the under 10’s from messing with the gravel, no they kick and throw and occasionally the parent will scold “don’t do that!” but never, ever, do they make them actually put it back) so this particular culprit it had to be an over 10 and on-their-own teenager, because no parent would let their child repeatedly break and pull leaves from someone’s garden, right?

It didn’t stop with the Eryngium, no next I noticed a Kniphofia leaves pulled and scattered around. 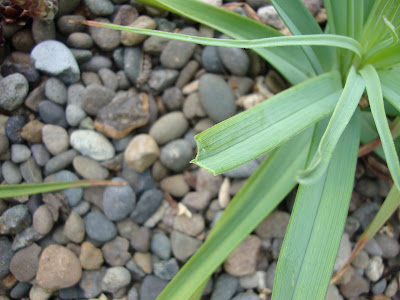 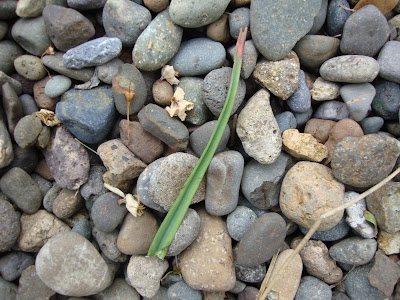 But even worse was the tip pruning to my baby Arctostaphylos ‘Austin Griffiths.” Looking out the kitchen window in the morning I’ve been admiring the bright green new growth, now pieces of it were lying around the garden. 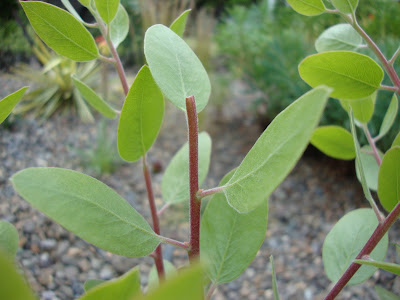 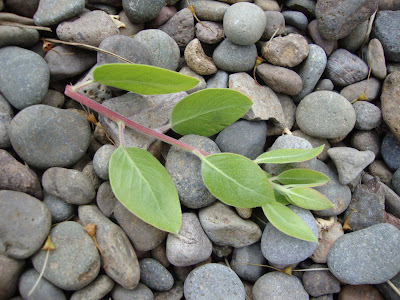 My Manzanita was tip pruned by a teenager. 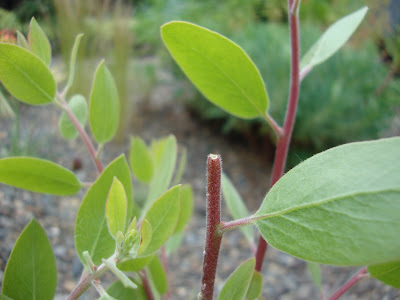 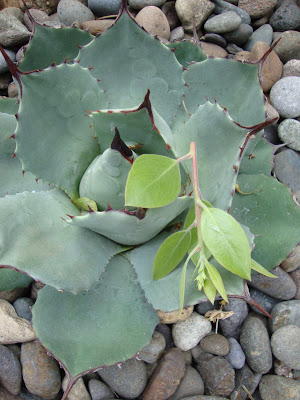 (no, I didn't stage that last photo, that's exactly how I found it)