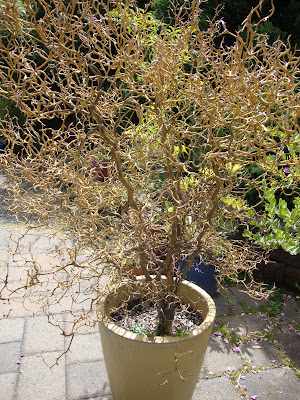 How surprised I was to find out that something so exotic and spiky as this plant is actually completely hardy here in Portland! I have a vague memory of Ricki (Banners by Ricki/sprig to twig) talking about this plant long ago. A quick search revealed my memory is better than I thought! It was back in September of 2009 that she posted about ‘dragon plants’ including an excellent photo of a Poncirus trifoliata.

My first “in-person” experience was when I discovered what had to be a Poncirus trifoliata at Dancing Oaks last June, although now looking at these pictures I wonder if this plant was still alive? It’s a little too ‘golden’ and there are no leaves. Although still a knockout… 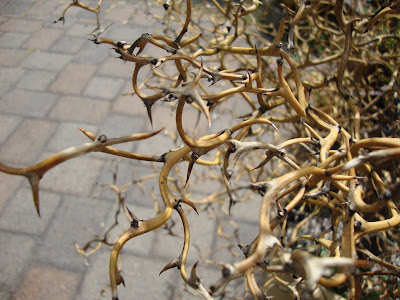 Then of course there is this amazing specimen at the Portland Chinese Garden. Just look at those wicked spikes! 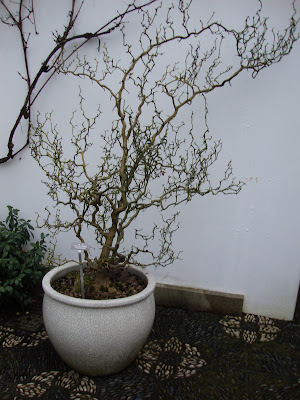 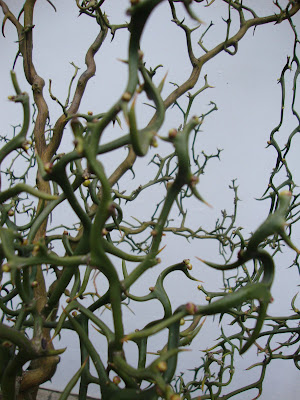 There is a nice one growing in the Kennedy School courtyard. 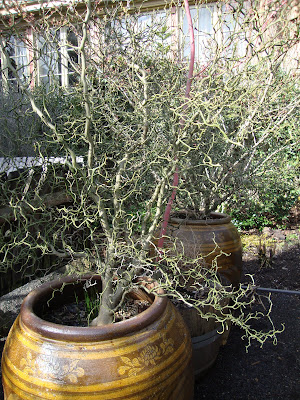 I wonder why you so often see them planted in containers? 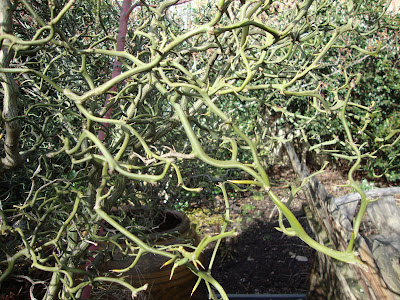 I hadn’t seen leaves on a Flying Dragon until this little guy from Cistus became mine. Turns out maybe I only had noticed them in the winter when their leaves were gone? That’s also when I learned that it’s a citrus and will indeed get fruit, eventually. I can be incredibly dim sometimes. 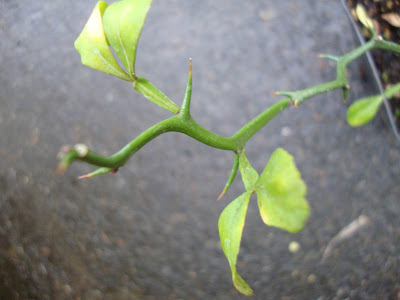 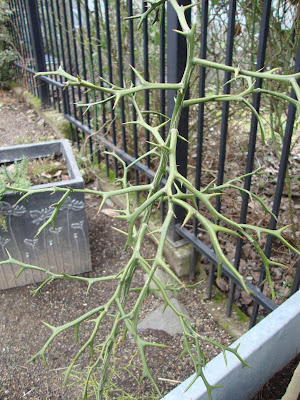 But not before I noticed the similarity between its spiky branches and the finials on the fence surrounding the nursery. Cool eh? 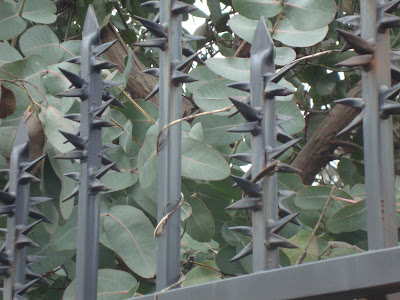 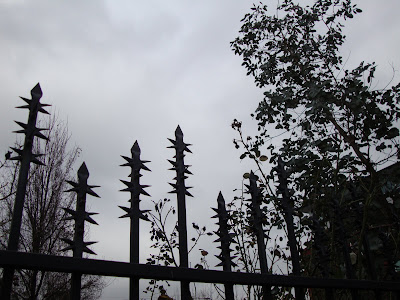 Of course right after I bought the tall but not very contorted one that’s when I saw these short very twisted ones at Portland Nursery. 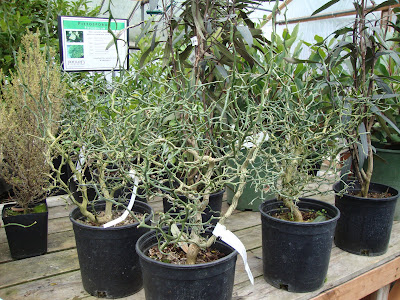