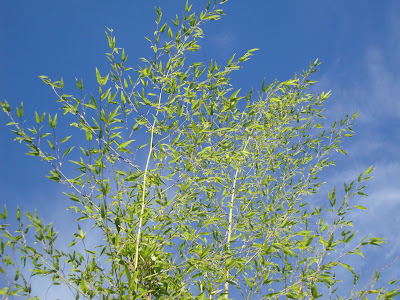 Lying on the grass the other day, looking up at the blue sky and our towering bamboo, it occurred to me I’ve not really talked much about it. 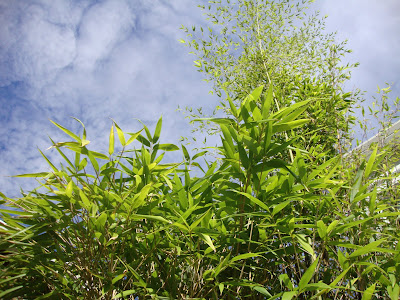 The object of my attention that afternoon was the bamboo we planted the summer we moved into the house. This was both our first bamboo and our first stock tank (we now have 11 stock tanks, 5 of them are full of bamboo).


There was an open space between the corner of our house and our neighbor’s garage. We wanted more privacy and decided a screening bamboo would be just the thing. Little did we know at the time, but we would become good friends with this neighbor and end up having many conversations peeking around and through the bamboo. Asking for advice on where to buy bamboo I was told THE place to go was Bamboo Garden. What a fun adventure! We were shuttled around the 20 acre nursery on a golf cart with the resident dog running along beside us. 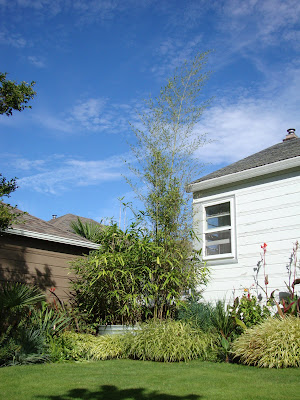 In the end my husband and I couldn’t agree on which bamboo to buy. I wanted the tall black stemmed bamboo (Phyllostachys nigra) and he wanted the shorter larger leafed arrow bamboo (Pseudosasa japonica). In what we thought was a clever compromise we bought one of each. 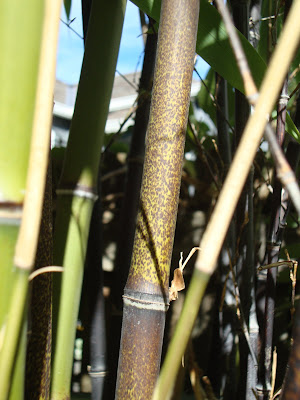 Not so clever after all. Finally 5 years later, they are starting to mingle and I like the way it looks. Up until now the tank looked lopsided and busy. I regretted our compromise every time I looked at it. Why couldn’t we have just picked one and went with it!? 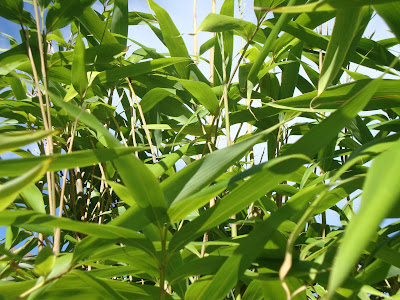 Besides mingling the bamboo is also (finally) getting tall. Really tall. The black bamboo can eventually reach 20 to 35 ft tall, although no doubt it will remain a little stunted since it’s growing in a container. The new culms that shot up earlier this spring are close to 15 ft tall. 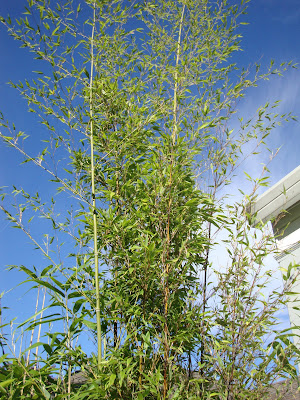 The next opportunity we had to use the bamboo/stock tank combination was later that same year, Labor Day weekend in fact, when the neighbor behind us cut down the wall of laurel that separated our lots. In just 1 day our beautiful green privacy screen was gone. Now we were staring right at an ugly scab of a fence, and for the first time we could look right into her house and might as well have been setting on her deck when she entertained (loud, very loud). This called for not one but three tanks, large tanks. This time we got budget savvy and checked out craigslist for people wanting to get rid of bamboo. We found a nice guy in SE Portland who was digging his up, it was planted in the ground and he was worried about his rowdy toddlers impaling themselves on one of the emerging culms. We bought several small plants from him and carefully planted them in two of the tanks. Unfortunately if he told us what type it is I’ve completely forgot. 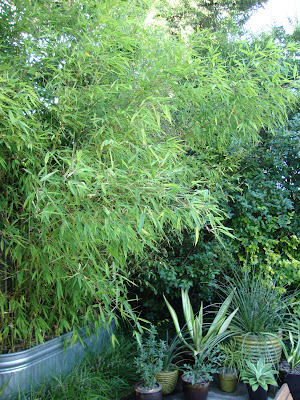 For the third tank we bought a really big leafed bamboo from Cistus, Sasa palmata. This time around we learned from our previous mistake and even though we wanted a little variety we were smart enough to stick to one type of bamboo per tank. 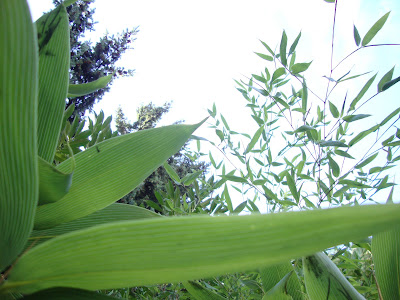 After 5 years these three tanks have completely filled in and provide a wonderful screen from the neighbors behind us. 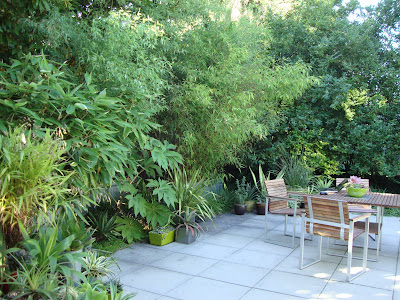 In an interesting turn of events the neighbor who cut down the laurel is long gone, her small house was sold, torn down, and the lot divided. Two very large new homes went in its spot. 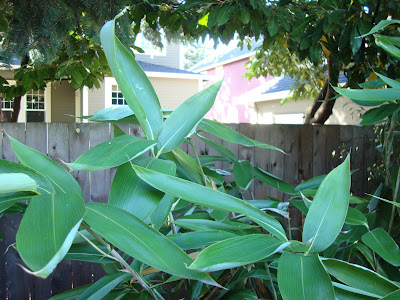 Thank god the bamboo had time to mature and some of the laurel has returned. 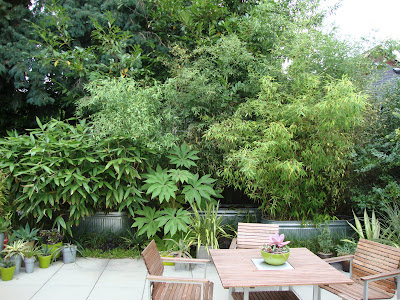 Continuing the theme...our final bamboo tank also provides a little shade in our very sunny driveway. A different neighbor but a similar story, we came home one day to discover the Photinia wall that grew along our driveway was gone. The house that had always been there, but we couldn’t really see, was all of a sudden very much there. And the sun! We had never realized just how strong the sun could be on the south side of our house because the tall Photinia had provided lots of shade. Unfortunately since the soil next to our driveway isn’t ours (strange zoning in the 40’s when our homes were built) we couldn’t plant in it, yet now when standing on our back porch (or in the kitchen) we looked right into their backyard. Time to get another tank and more bamboo! 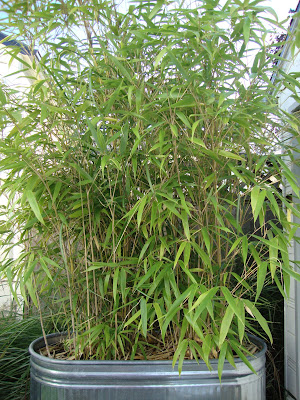 Garden Fever to the rescue this time, they were having an end-of-season sale and all bamboo and other grasses were, 30% off! We didn’t waste any time and picked out the largest fullest arrow bamboo (Pseudosasa japonica) specimens they had. Instant green! 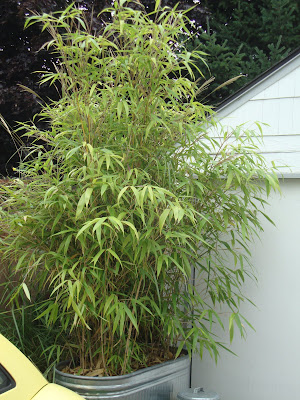 So that’s how we came to have 5 tanks full of bamboo, a little more privacy, and beautiful green leaves…all year round! And in case you’re wondering, we do have great neighbors we just want to pretend we live in a jungle.