Then and now, looking out across the front yard 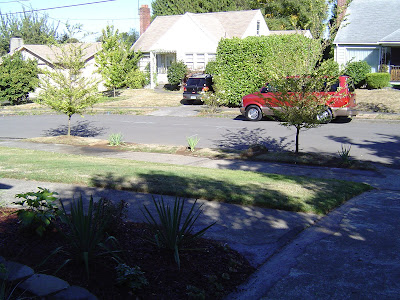 Sept 2005 above. My big accomplishments that first summer were planting Yucca in the parking strip and tearing out the thick mat of Vinca vine next to the house sidewalk. That area is in the shadows in this picture so it is nearly impossible to see, but after the backbreaking job of removing intertwined old vines up to 10” deep I planted a Fatsia Japonica, several Yucca and transplanted a Peony into a triangle between the sidewalk, the driveway and the house. The Yuccas in the parking strip came from my garden in Spokane. 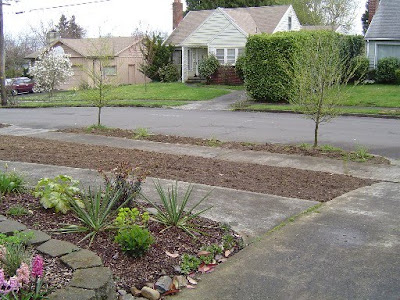 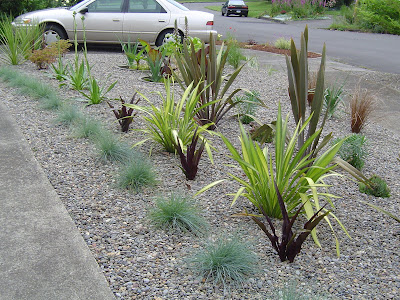 August 2007, you might notice the row of Blue Fescue has been replaced with Black Mondo Grass. A neighborhood cat killed most of the Fescue by using it as a toilet. Nice kitty. 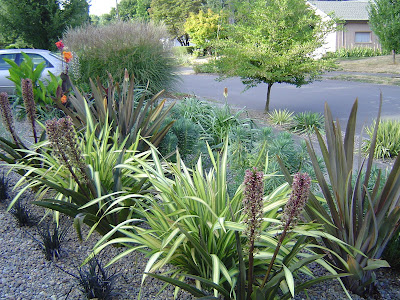 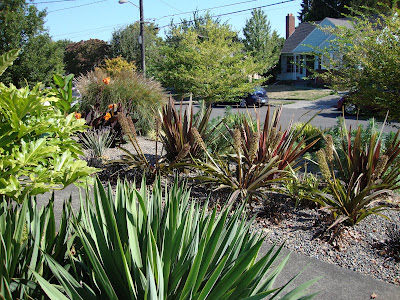 If you are interested in a more pictures and a little more info on our “get rid of the lawn” project here is an earlier post on the topic.