A couple weeks back Andrew and I were on our way to Silver Falls State Park when I caught sight of a large Agave ovatifolia... 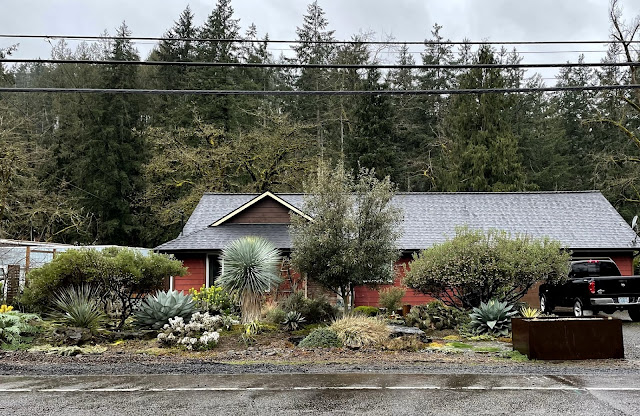 Since Andrew was at the wheel we didn't stop (he requires plenty of notice), but I made note of the location and announced we would be stopping on our way back. Sadly, by the time we were headed home it was getting late and the light was fading. Plus, it had begun to rain and I had left my camera at home, my phone camera was all I had to record this spiky garden. 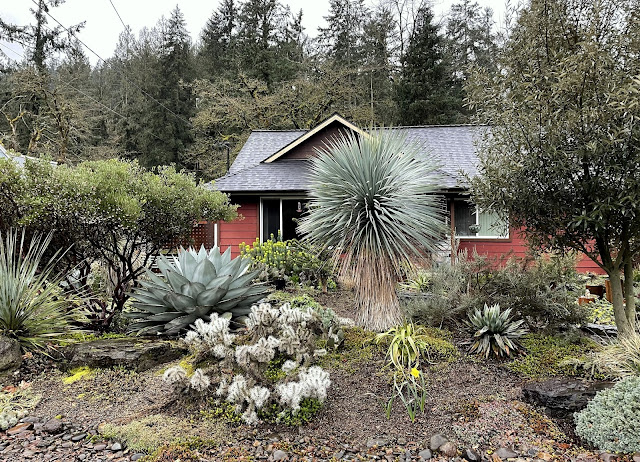 I would have driven back to take better photos, but Silverton is about an hour south of here, so not a quick adventure. 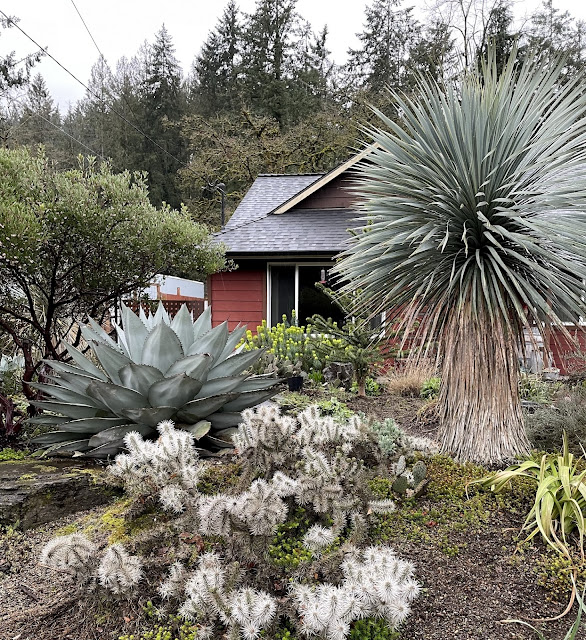 Andrew noted the similarity to my plant palette: Dasylirion wheeleri, Arctostaphylos, Agave ovatifolia, Yucca rostrata. If only I had that amazing white-spined cactus and a monkey-puzzle tree, Araucaria araucana... 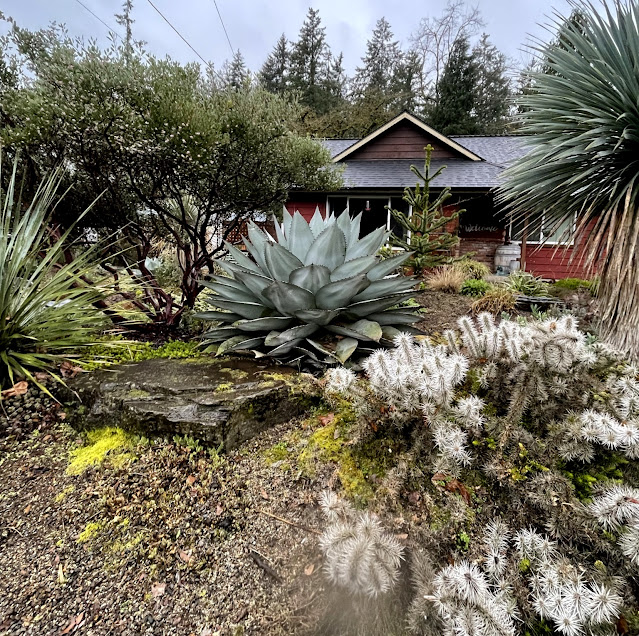 I counted three large Agave ovatifolia, two of them quite large. There was also what I think may have been an Agave 'Blue Glow' and an Agave parryi. But that's just what I could see from the street. No telling what treasures may have been lurking up by the house. 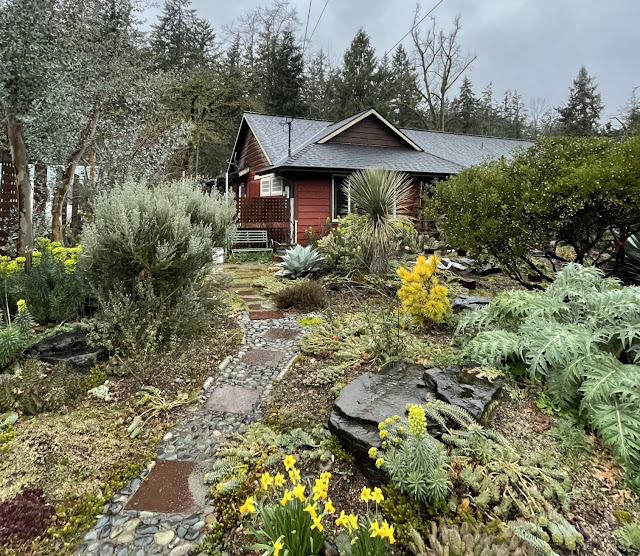 I love their tall metal panels used as fencing and the short metal box planters completing the border run to the street. The pathway with it's inset metal pieces is also pretty spectacular. I wonder if these folks just love metal, or if there's a professional tie-in? 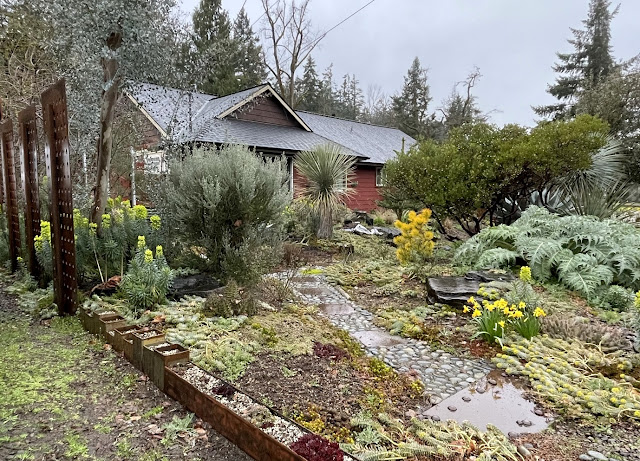 In case you're keeping track, I believe there were two Yucca rostrata. 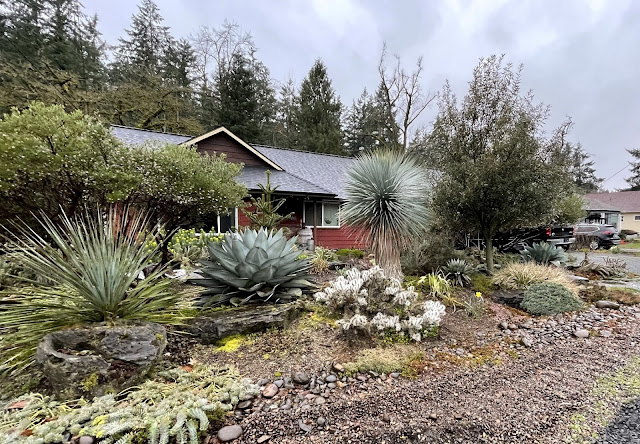 I wish I would have paid more attention to the tree on the left side of this photo, it might be a Quercus hypoleucoides, the silverleaf oak? 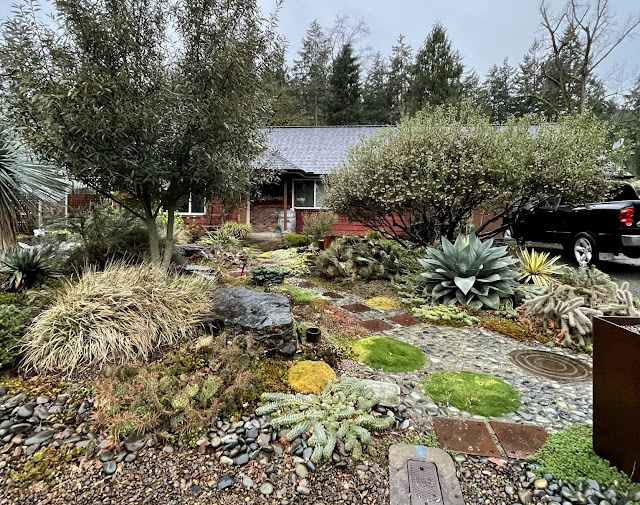 Another stunning pathway, I wonder how the green rounds are kept in such a tidy patch? They perfectly mirror the round manhole cover. Check out that big patch of opuntia! 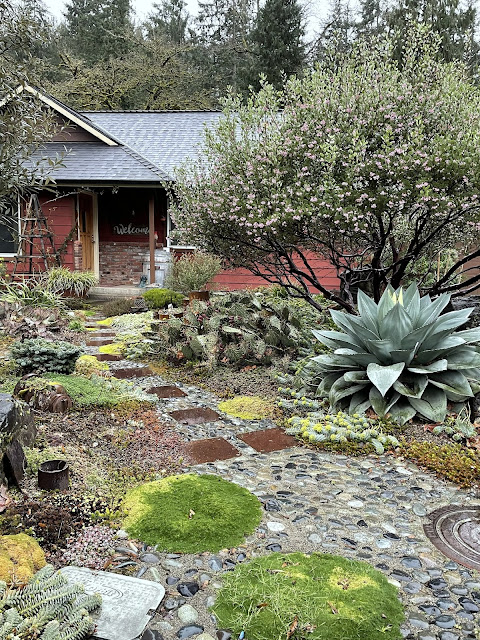 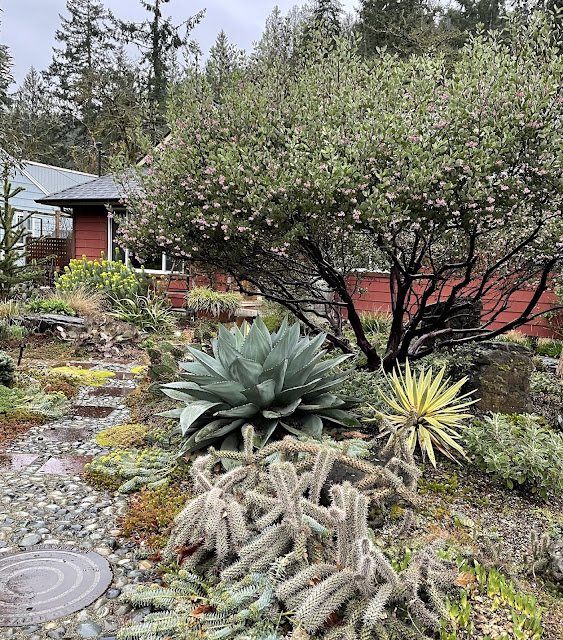 The manhole cover says City of Salem, Oregon's capital city which is about 15 miles west of Silverton. 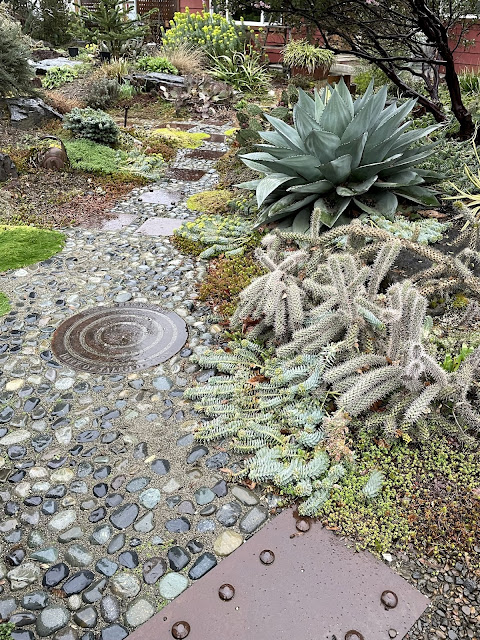 I am in love with this garden! I wonder what's going on in the back of the house? Fingers crossed they read my blog—or someone who does read it knows the gardeners?—and I can score an invite to tour? Perhaps there are better photos in the future, complete with whatever is going in that large metal planter on the corner... 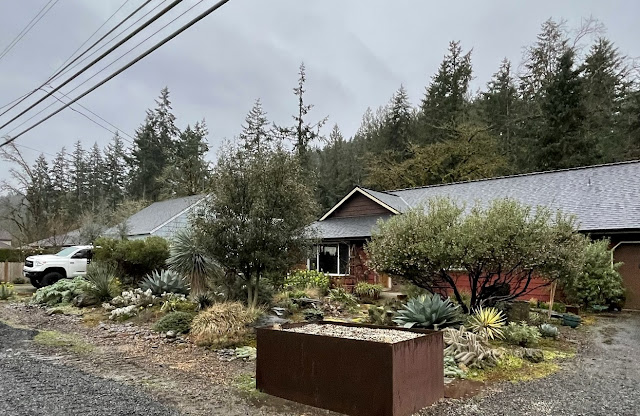