If a turkey falls in the forest...

Andrew has mentioned more than once there is a certain kind of tree in the area that seem to all be dying, and appear to be hacked back into odd shapes. He's tentatively identified them as birch trees (*update, Roger Gossler confirms this and says it's Agrilus anxius, the bronze birch borer that's killing the trees*). On a recent walk we witnessed this fallen portion of one of these trees in a neighborhood yard. 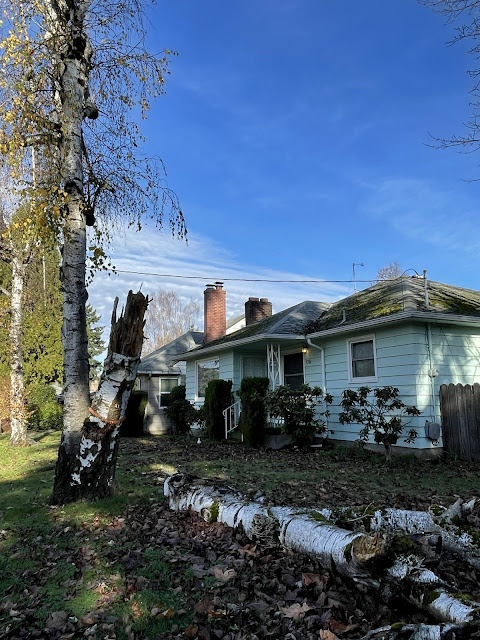 That's not an insignificant section that broke off... 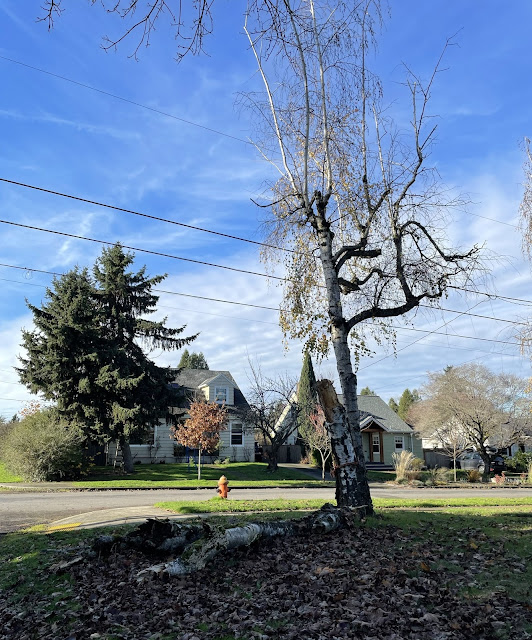 Thankfully it was only lawn below, to cushion the fall. 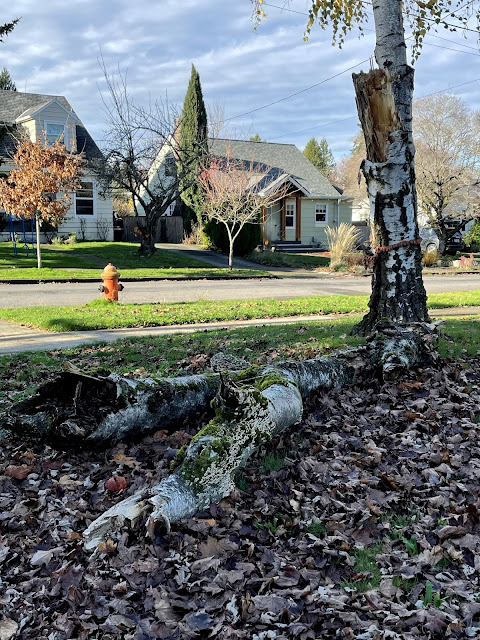 Our original walk had us passing by after dusk, when I happened to walk that way again a few days later I was stunned to see all the turkey-tail fungus and moss. There was this ruffled group... 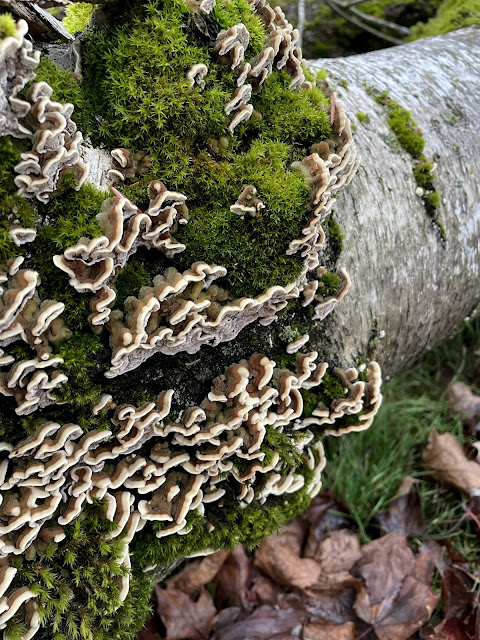 And the more "common" stacked version. 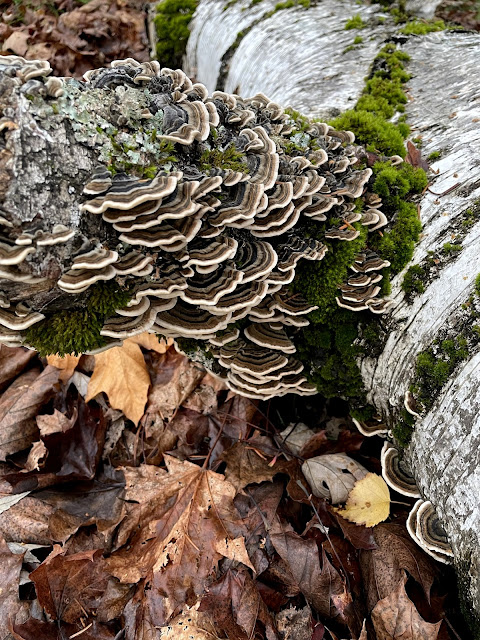 I don't think I've ever seen such a dense grouping of different types of fungus on one tree (or part of a tree) before. 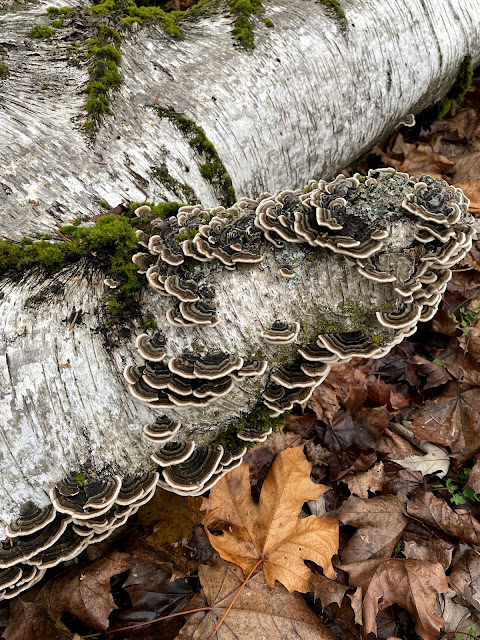 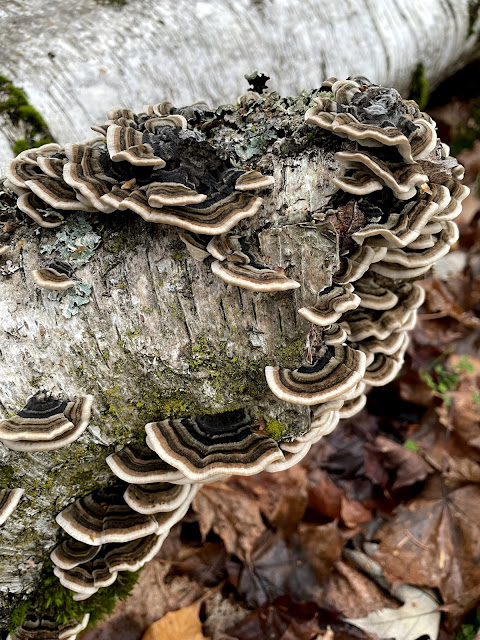 On the other side is what appears to be another species of fungus, and more moss. 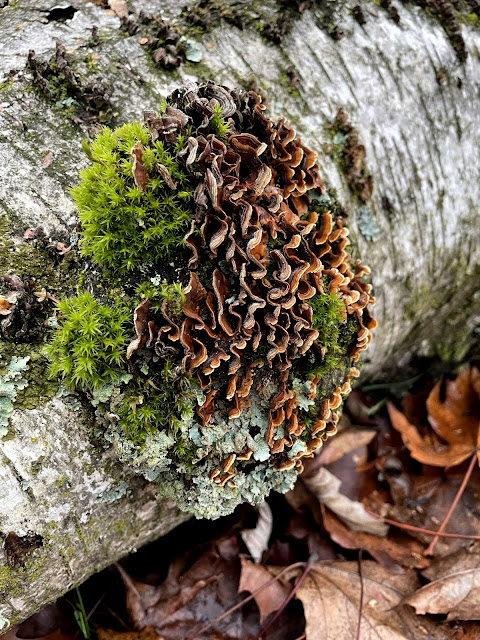 If you're thinking I must be scheming on a way to drag these pieces of the fallen tree home and put them in my garden you'd be right. Wish me luck, I'm going to need it. 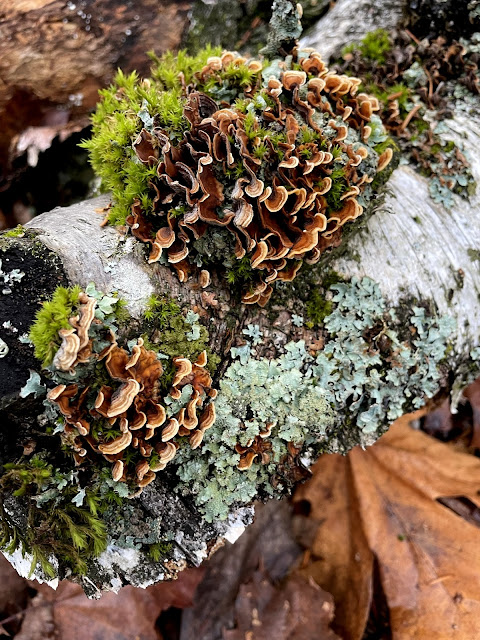 Labels: fungi, on the sidewalk, Trees