Aliens in the garden

Mid-November I visited the Los Angeles County Arboretum. The garden was set-up for a light show and closing came early, visitors needed to leave so reticketed folks could enter for the show. I see this as an ongoing conflict. Botanical gardens need people to pay their admission fees and die-hard garden-lovers only do so much, the general public needs to be tempted into the garden. That's where the "art in the garden" and "garden light show" ideas come from. Put on a show and they will come. God forbid you just happen to be a regular old plant-lover who finally made it to your bucket-list destination garden while one of their "shows" is happening. 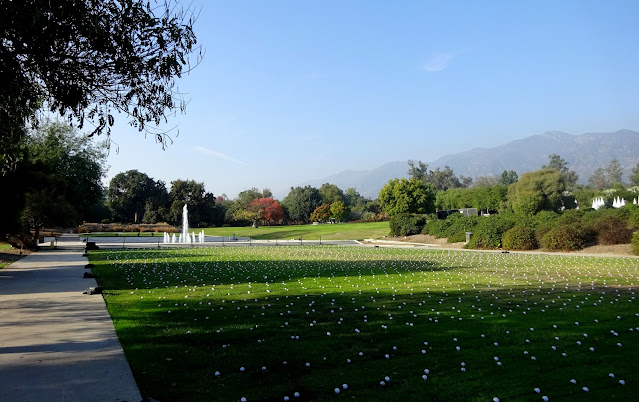 Okay, that's my rant, now back to my Arboretum visit. I mostly managed to ignore all the cords, spotlights, reflectors and other assorted paraphernalia for the show. That light-filled lawn above is the only altered image I captured, well, nearly.
I'd almost walked out thru the gates when I realized I still had a half hour before I was going to be tossed out of the garden, just enough time to walk over and explore the pre-historic forest...with aliens and disco balls!? 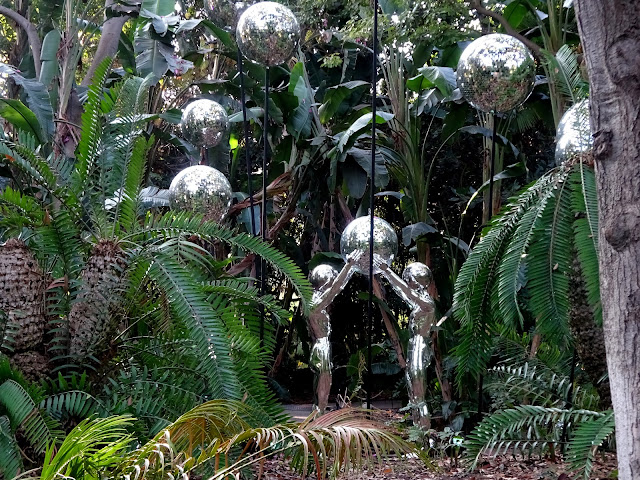 Aliens had invaded the pre-historic forest! 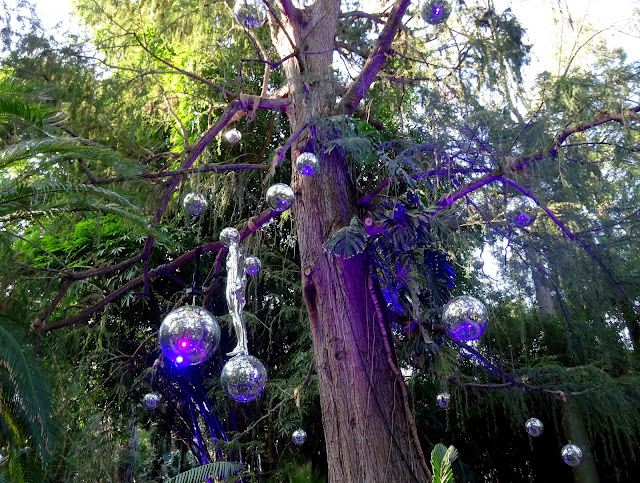 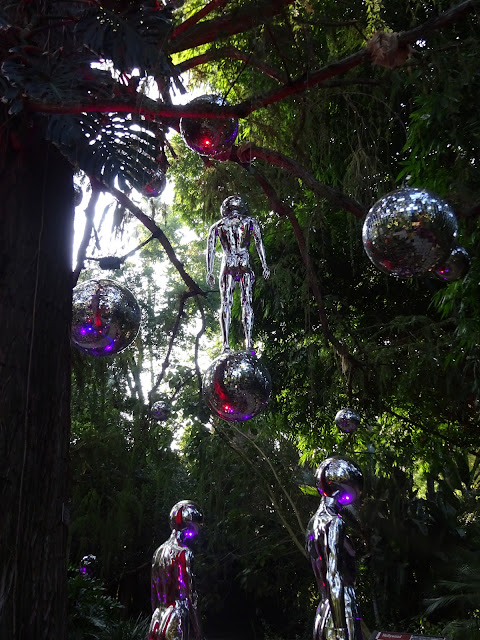 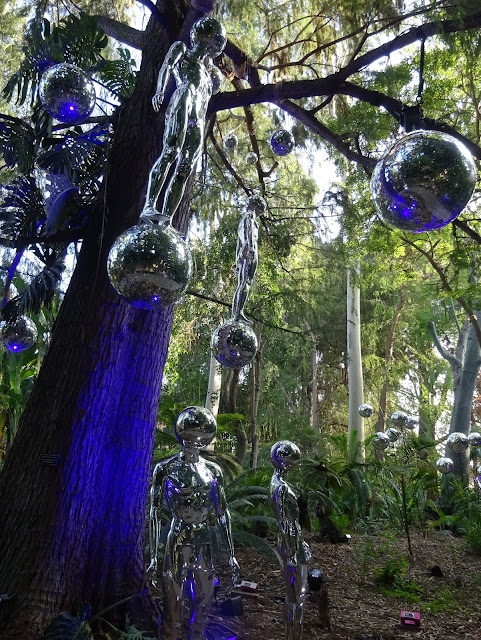 I have to admit, I loved this. It was so unexpected and, well, shiny! 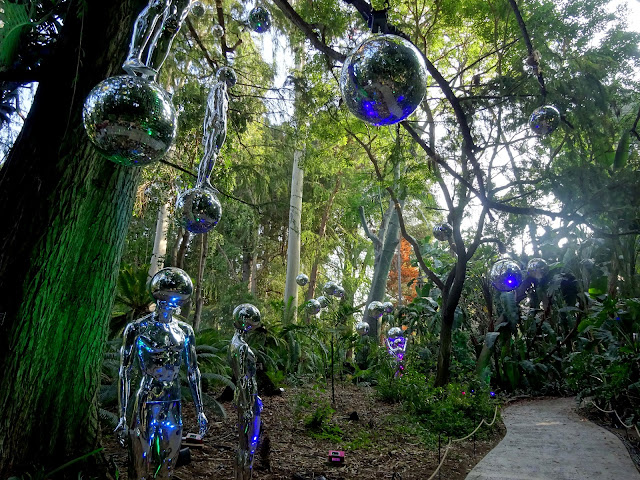 As I snapped these photos I wondered what it would all look like after dark. Was I missing out on some serious light-magic? Nope. 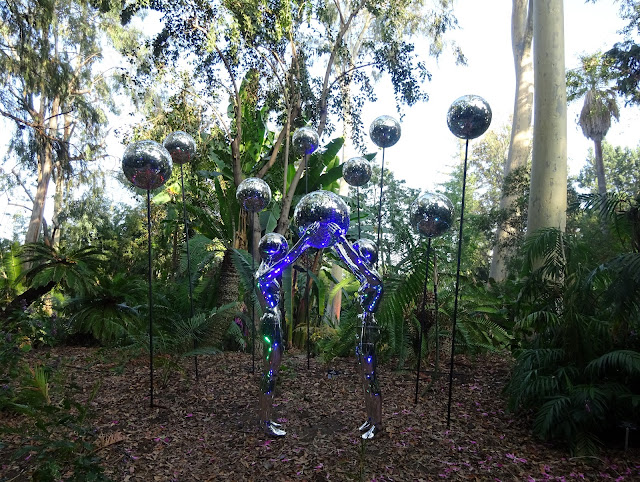 As a plant-lover I happened upon this alien-invasion at just the right time. A Google image search for "after dark" photos proved the plants definitely added to the feel of the installation. 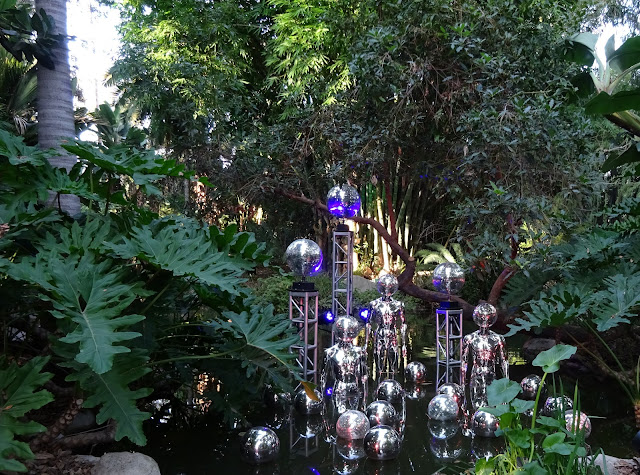 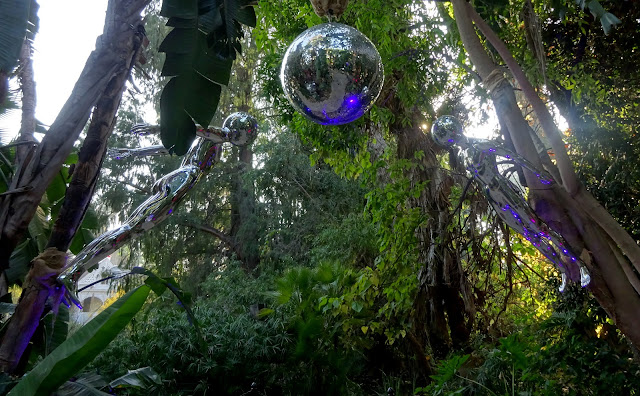 A couple weeks later, back at home and cleaning up the garden, I thought of those aliens again when I pulled back this Woodwardia unigemmata frond... 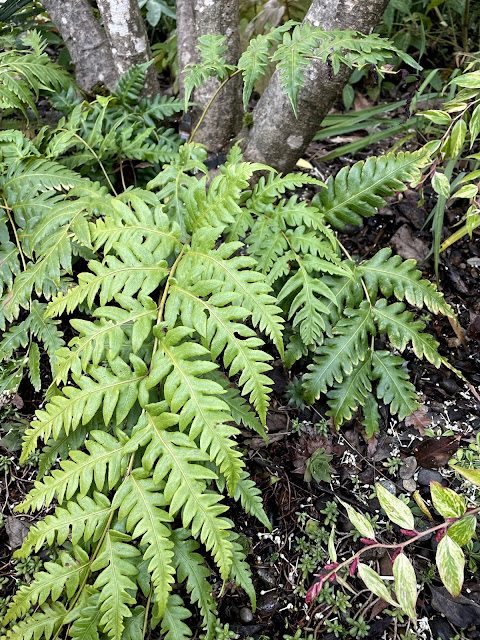 ...and discovered this! Alien goo! 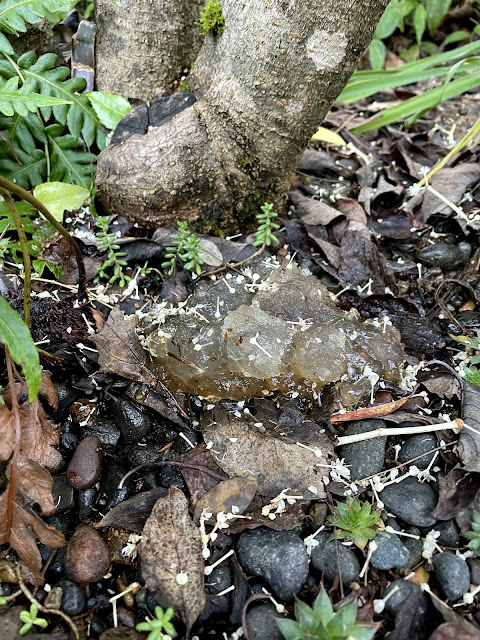 My glove for scale, it was so shiny and gelatinous! 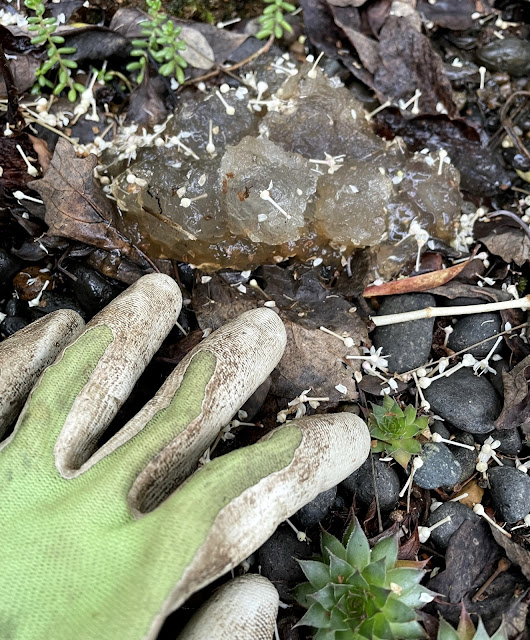 The white bits are from the Fatsia japonia blooms above. 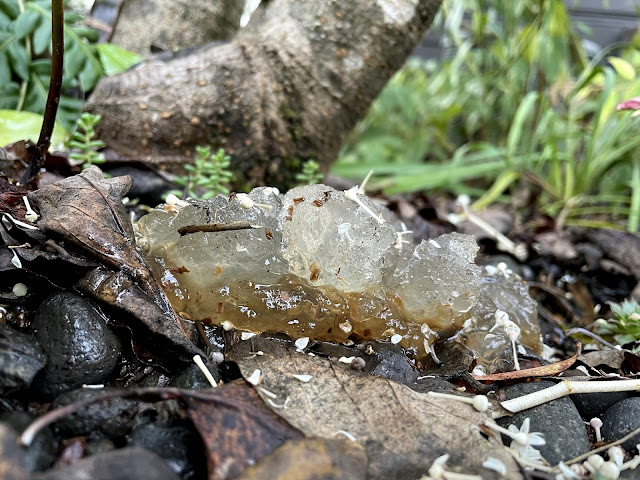 I shot off a photo to Tiffany, cause she knows fungus, and her best guess was (get this name!) "Crystal Brain Fungus" aka Exidia nucleata. Yep, read all about that business here. The photos in that link definitely look right, even if it says the fungus is found on dead and decaying hardwood and mine was on gravel under a Fatsia japonica.
To add to my alien feeling about the whole thing, last weekend I found a little more "jelly" in an entirely different part of the garden—although it was still near a fatsia. This time the alien goo was on a Fatsia polycarpa bloom stem. However I have not seen any shiny aliens or disco balls in my garden. Yet. 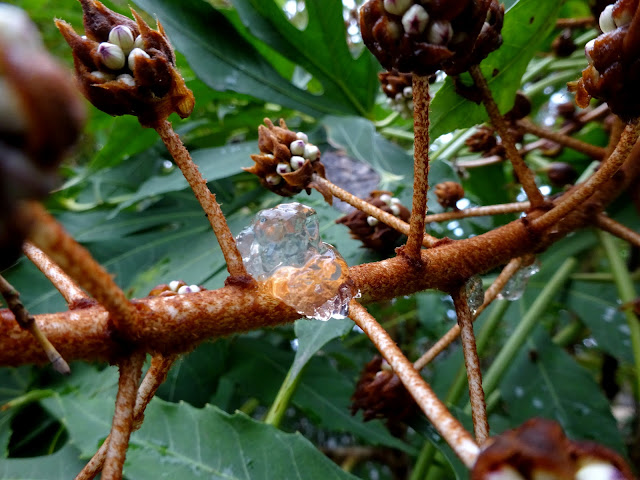