I have no tattoos. I appreciate good ones on other people, but have never felt the need to get one myself. That said, back in July I became obsessed with the idea of an agave tattoo. Not a permanent tattoo, but rather a temporary one to "decorate" my surgery scar. Sort of a recognition of what I'd been through and celebrating my beginning to walk again. The day I got the go-ahead to start weight-bearing was my birthday, how better to mark the freedom of an ankle uncovered?

I searched online offerings and finally ordered this set. Granted there are things I didn't want (ants!?) but that agave was one of the best I found and with a bonus saguaro and a price of only $6.40 for the whole set it was a bargain.

I'd ordered them without thinking to tell Andrew about my obsession, and so was quite surprised when he gave me this embellished birthday card. Frida sports several tattoos custom-inked by my husband, one of which was an agave rather similar to the one I'd just ordered! (ignore that number on her neck, it's meaningless...) 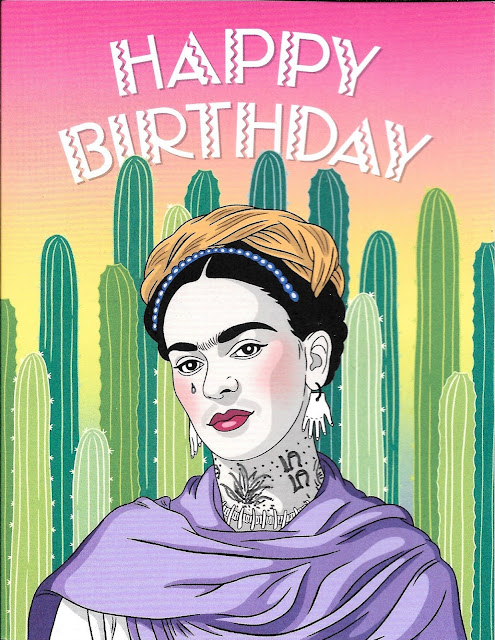 Unfortunately my birthday didn't provide the opportunity to try out my tattoos. I was still wearing the walking boot or a corset-like ankle brace. It wasn't until mid-August that I had the chance to use the saguaro tattoo. It hid the surgery scar quite well don't you think? (and yes, my ankle was still very swollen) 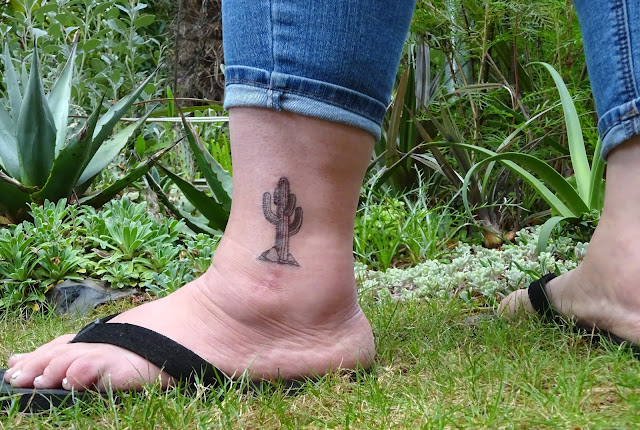 Just last week I finally had a reason to try out the agave... I thought it was great fun (ankle still swollen, but not as bad). 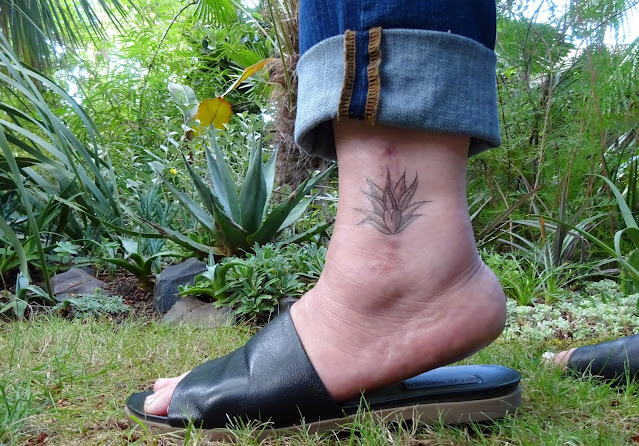