Discovering more spikes in the 'hood: Welcome to Tiny Tucson!

On Monday's post "Concordia AZ" I shared an alternate name for my neighborhood, courtesy of my husband's imagination, as we stopped so I could photograph a neighborhood garden. After that we turned a corner, headed home, and in a one block section encountered not one, or two, but three homes with nice agaves featured in the front yard plantings. Tiny Tucson became his new favorite label and it's how I will forever think of this block...
This one was first... 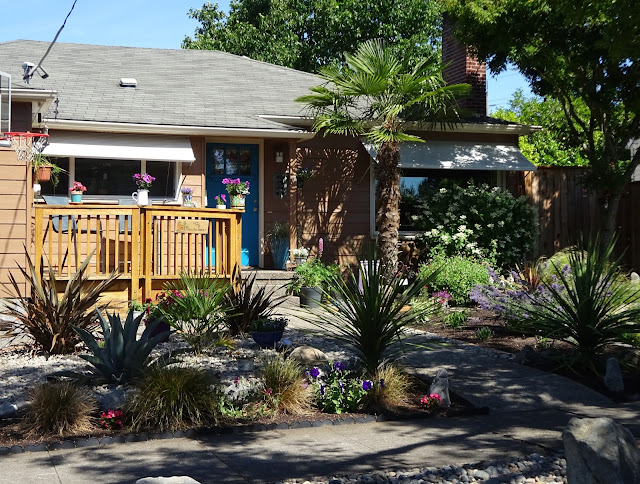 I thought it was an anomaly. 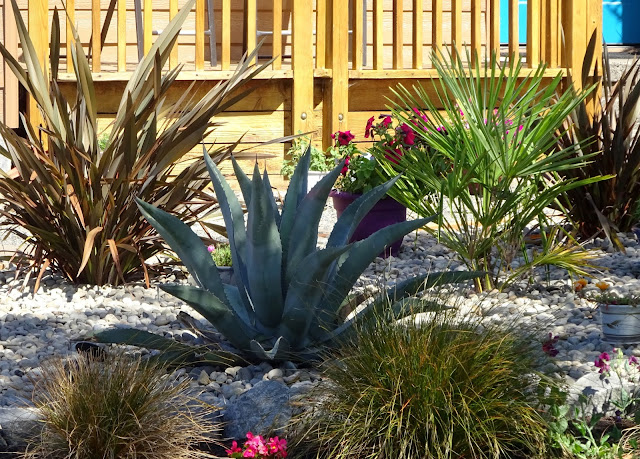 But across the street I spotted another interesting garden. 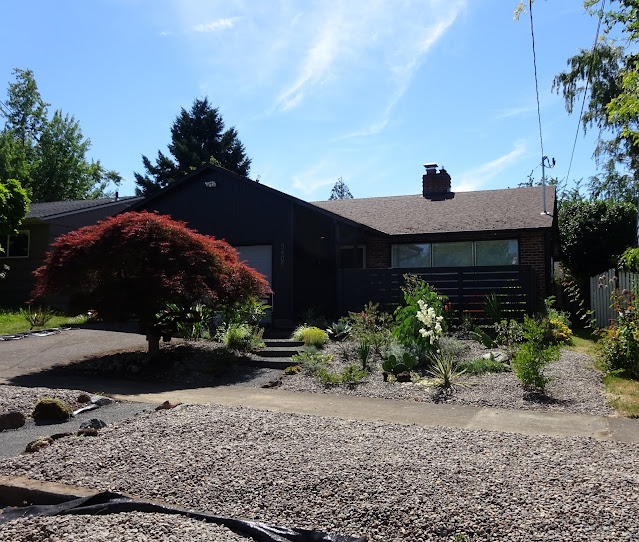 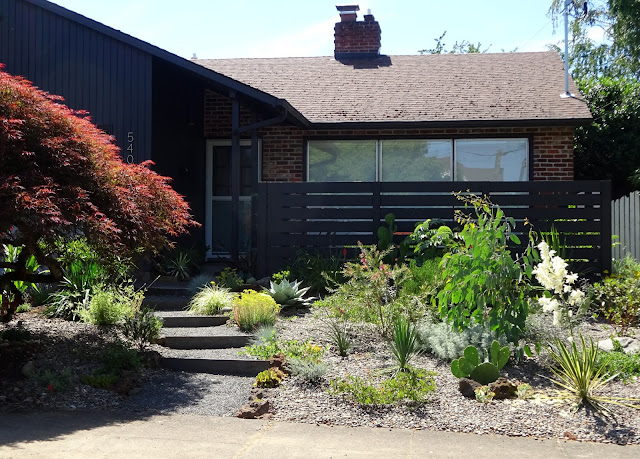 And their Agave ovatifolia is looking grand. 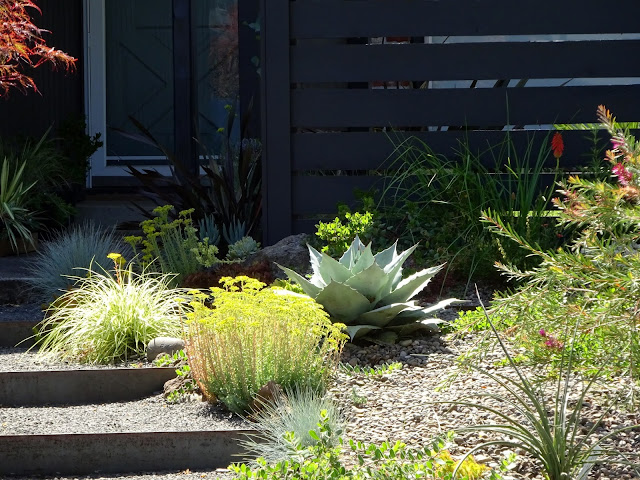 Along with a strong cast of supporting characters. 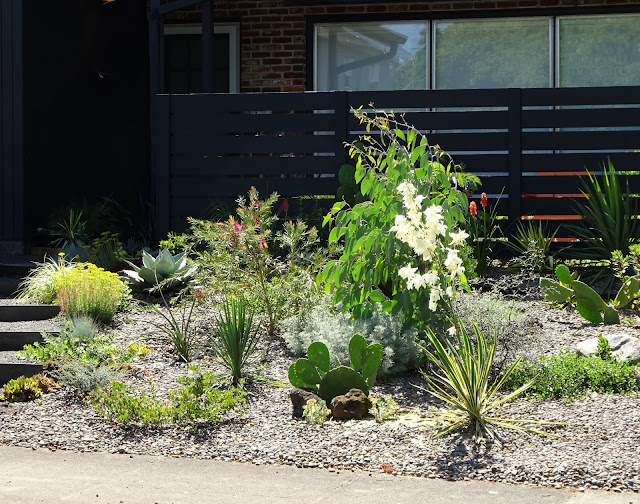 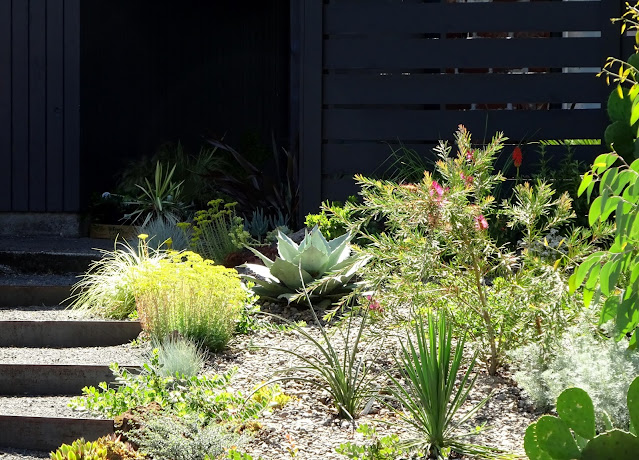 I especially enjoyed what I saw as we pulled away. They'd been shopping! 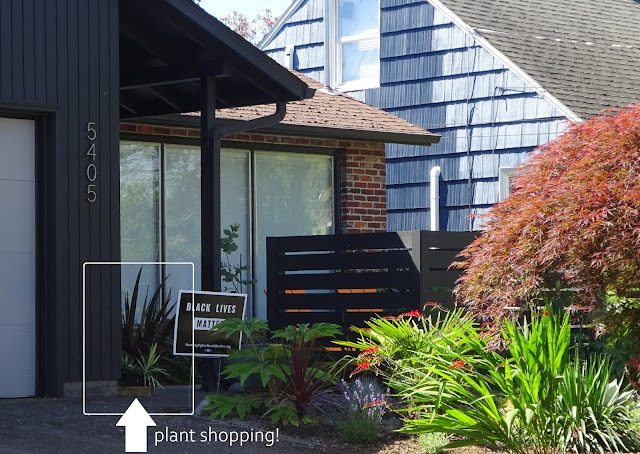 Just up the street was this! 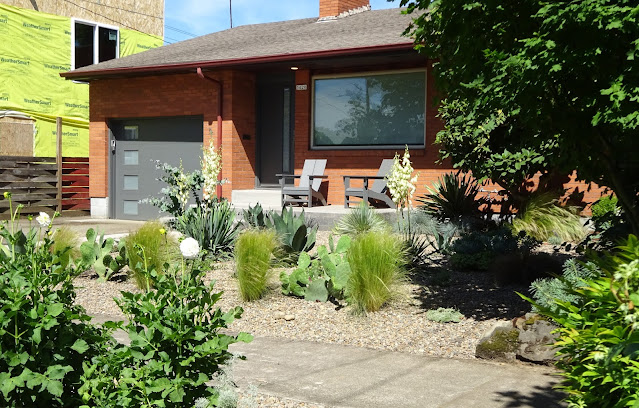 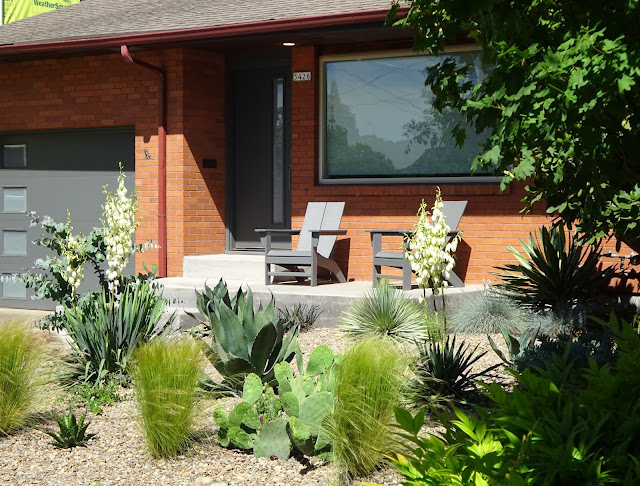 I've walked by here in the time it would have taken for these to grow this large, and Google street view from May of 2019 still shows lawn—so they must have been planted out already quite sizable and relatively recently (FWIW the last garden was also still lawn in May of 2019). 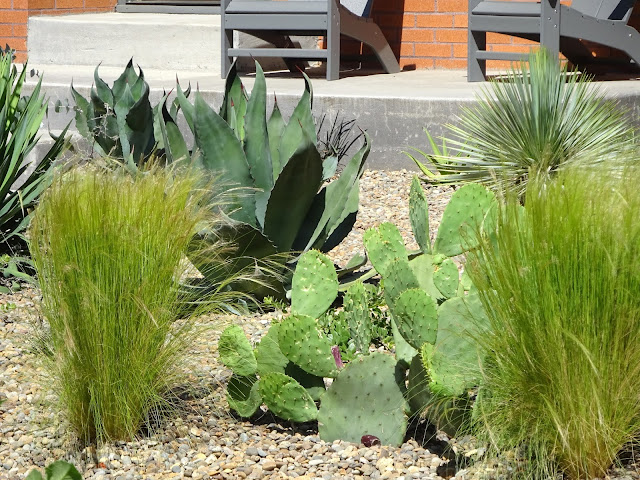 I'm not feeling confident enough to throw out an ID on the agaves above, but I think this guy is Agave gentryi 'Jaws'. 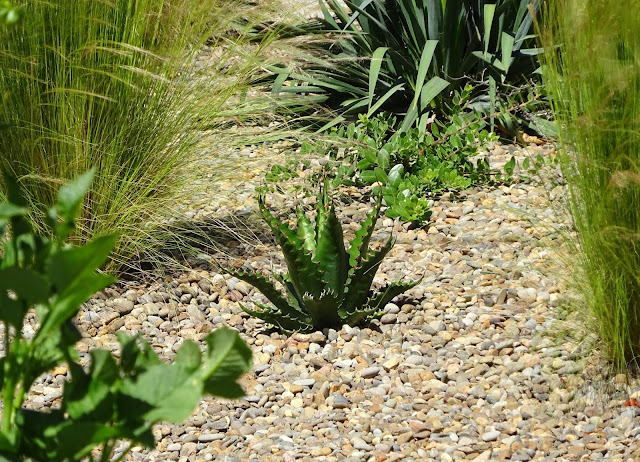 I really love the warm tint to their gravel. Mine had/has a cooler tone, I wonder where they got this? 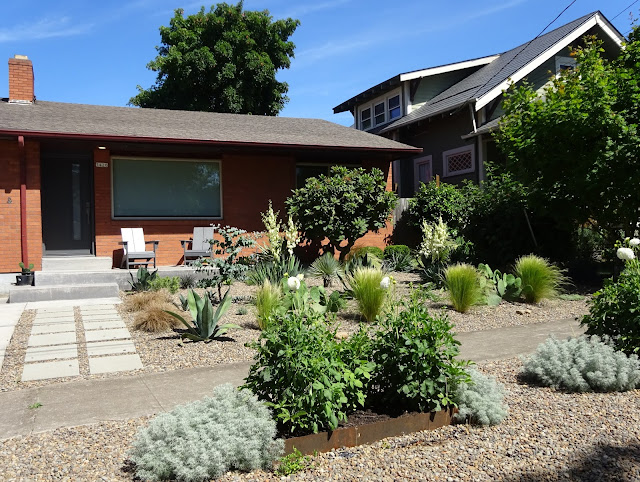 I also love the stocky little trunk on that Yucca rostrata. 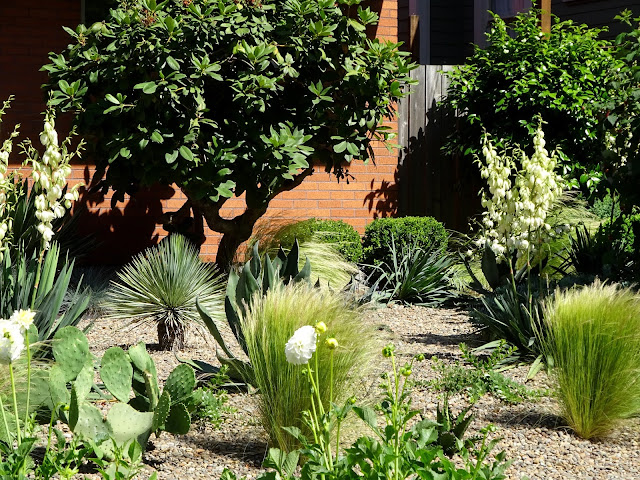 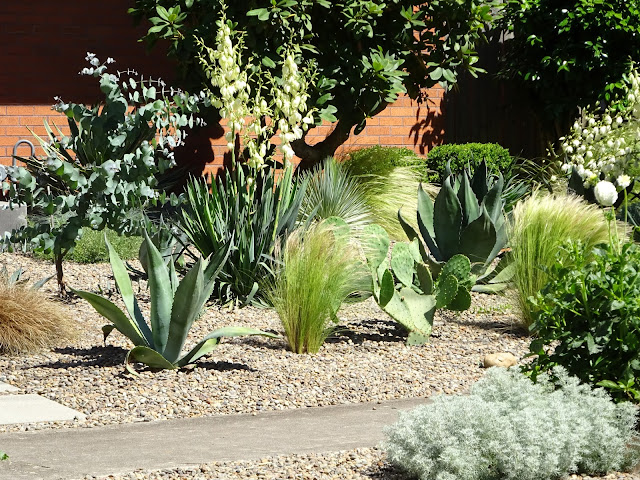 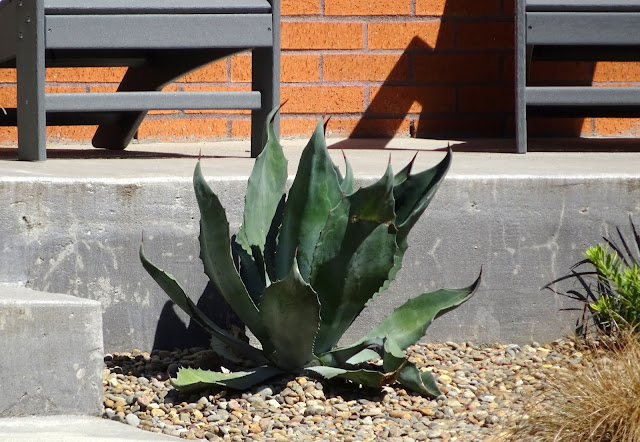 Agave 'Mateo' maybe? I feel like there's a lighter green stripe in the center of the leaves? 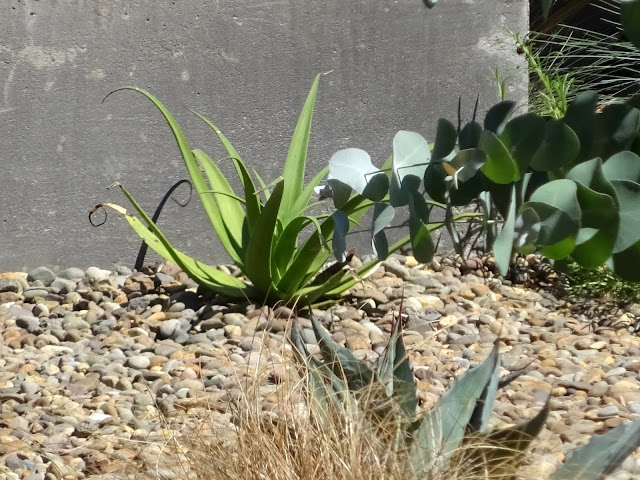 The yet to be planted opuntia on the steps has a definite Mickey Mouse vibe going on... 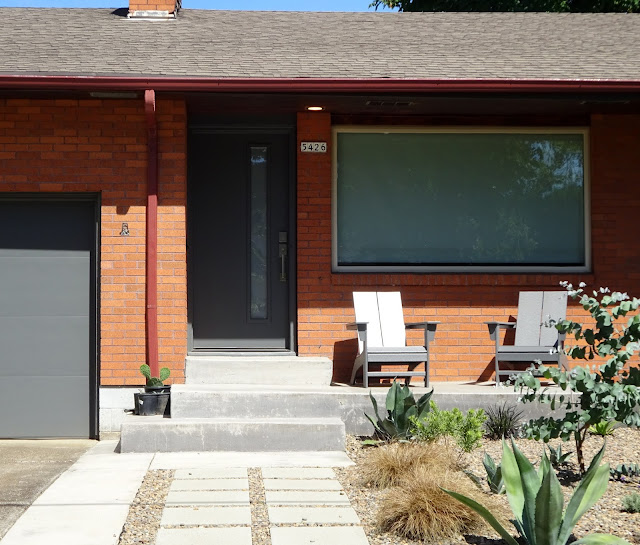