Yes I really did put socks on my edgeworthia buds...

As I write it's the latter half of January and I still have non-hardy begonias looking good in my garden... 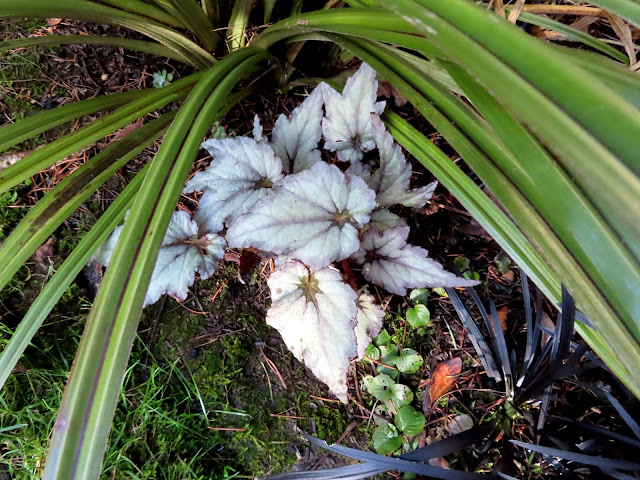 There are canna leaves that aren't completely fried—ditto for the hardy banana, Musa Basjoo—and the passiflora are even holding on to a couple of buds. 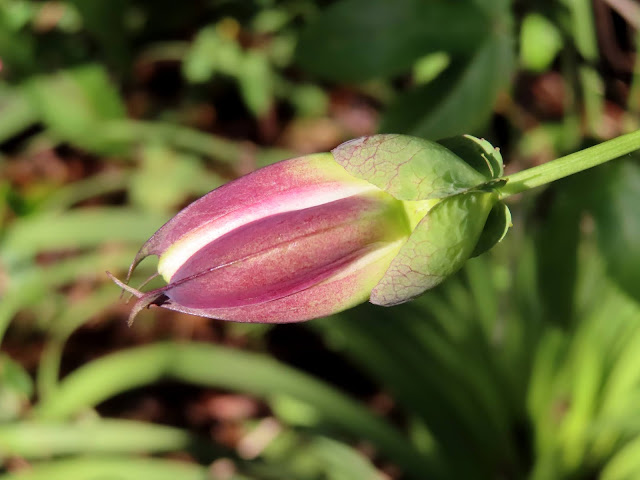 It's a La Nina winter and with that we are told to expect higher than average rainfall and cooler than average temperatures. Several of our really nasty winters were La Nina winters, but that's not always the case, it can be bad (or good) regardless. The rainfall has—at times—been intense, however there have been so many dry and/or 50+ degree days—31 since December 1st, to be exact, a new record—that I still have flip-flops by the back door.
Heading into this winter I was leery. My personal winter warning device takes the form of the huge phormium I'm seeing around town. Once they get large I start to worry, and many are car-sized, several bloomed this last year, it takes several warm winters in a row for that to happen. Cordylines are also reaching epic proportions once again, and my tender plant loving heart breaks a little every time I see one with a tall trunk, or hear someone talking about these plants as thought they're bulletproof here in Portland, becasue they're not. Oh are they not. Experience says the cold will come eventually.
As you know, plants are at their most vulnerable when they're young and not yet established, we had a few winter doozies when my garden was newly planted. In fact as I took photos for last week's Garden Blogger's Bloomday I was reflecting upon the year I put socks on the buds of my Edgeworthia chrysantha 'Nanjing Gold'. Yes, I really did... 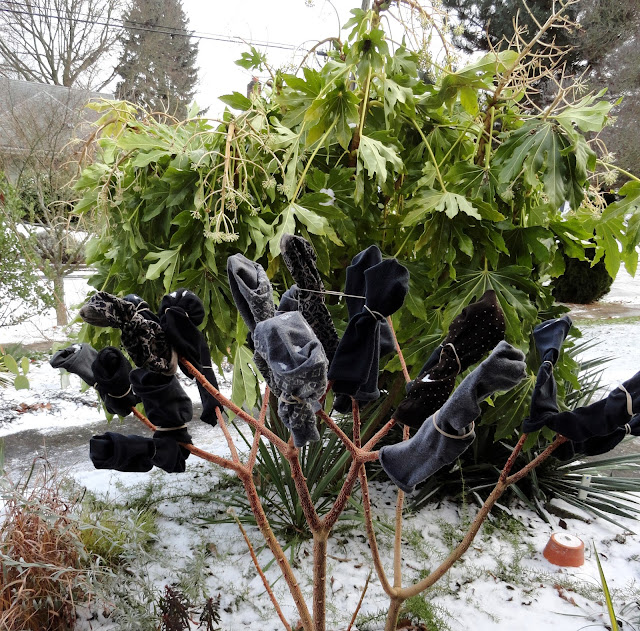 That was in December of 2013, read the whole—ugly—blog post here. I'd been stung by horrendous winter conditions during the winters of 2008/09 and 2009/10, and I was not going to lose those golden edgeworthia flowers, dammit. Turns out I didn't need to worry—at least about that plant and it's flowers, I did lose other plants. Here's what it looked like just a few months later, March of 2014. 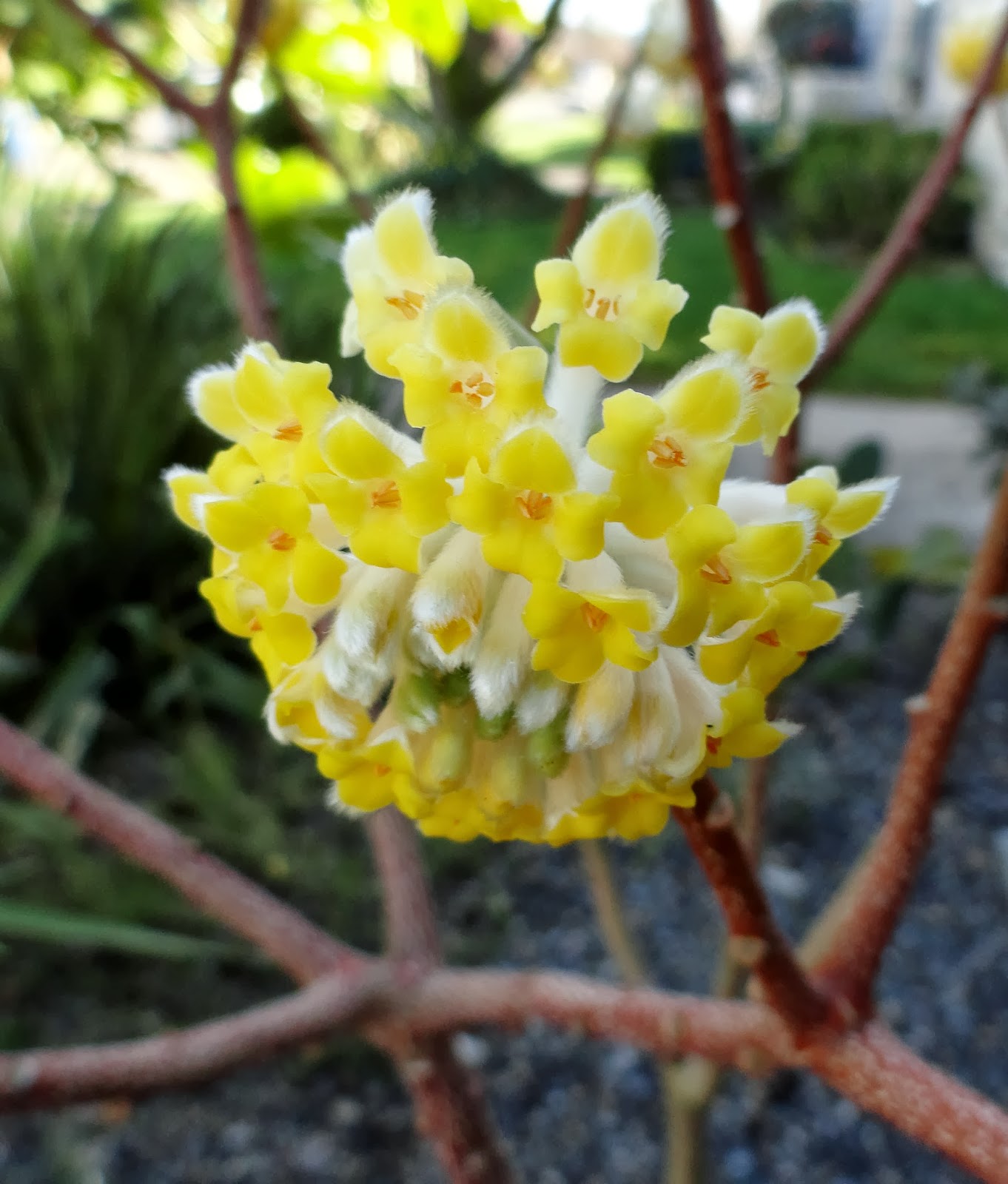 That was back when I looked down on my edgeworthia, these days I look up... 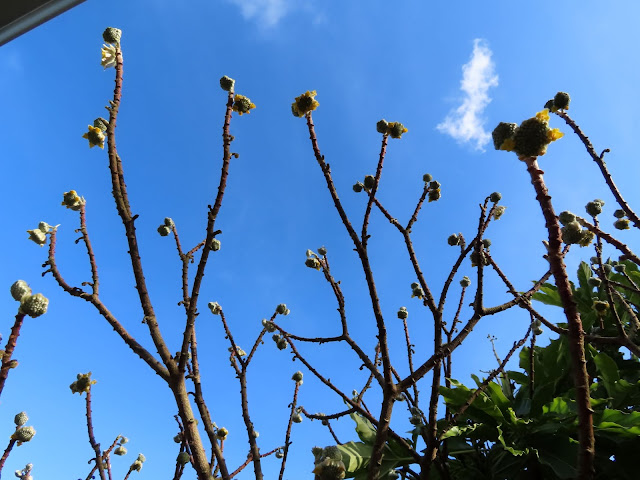 There's talk of cooler weather showing up before we're completely out of the woods this winter, good thing I know I don't need to put socks on my edgeworthia buds though, because I can't reach them anymore... 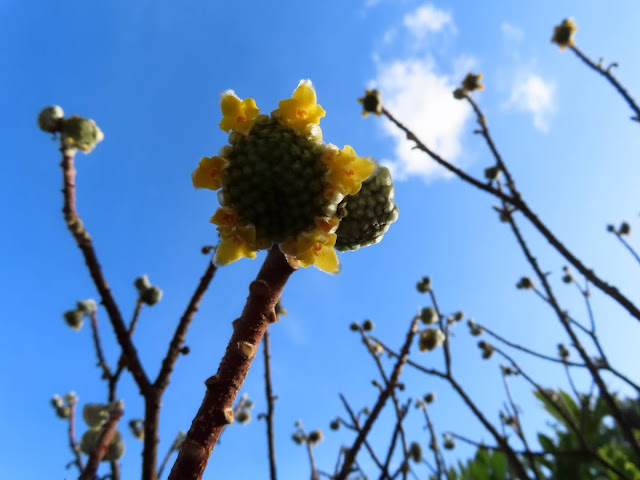