If you're on Instagram you've probably seen the "Top Nine" grids that get posted at the end of the year. It's a fun way to look back at a year in photos, as ranked by visitor "likes". Here's mine for 2020, the number in the cloud (a new feature this year) is the number of likes the photo received ... 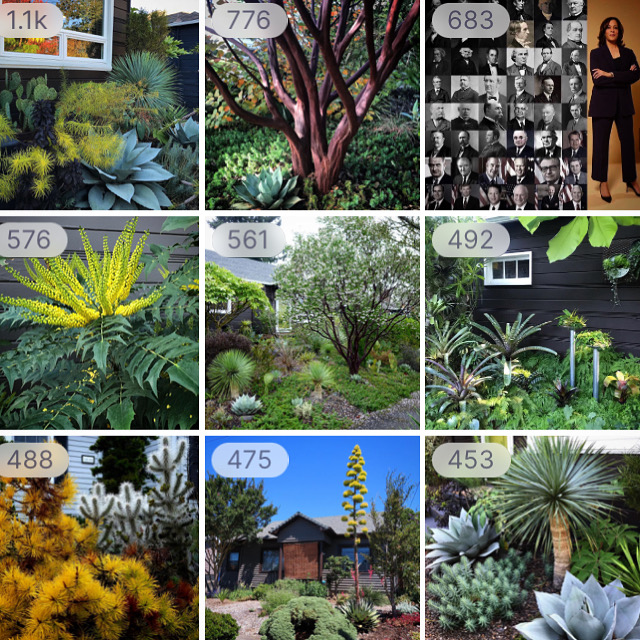 Six of the nine images are from my garden: four are front garden vignettes, one a close-up of a mahonia growing on the north side of the house (middle row, left), and one a back garden vignette (the bromeliads and dish planters, also middle row, right). The two planty photos that aren't from my garden are bottom row; left and middle. These were both taken in other Portland gardens. Then of course there is Kamala. I ran across this image of HER and the past VP's the night the election was finally called for Biden/Harris, I found it to be so powerful that I posted it, even though I couldn't properly attribute it. That's a fact that still bothers me—having had my own photos reposted with out attribution—but hopefully the creator of the image will forgive me.
So I thought it would be fun to look back at the Top Nine from previous years, and see what patterns emerge...
Here's 2019. Right away you can see two of the same vignettes were popular; the Agave ovatifolia and Yucca rostrata in front of our living-room window, and the bromeliads and dish planters next to the garage. Three more Agave ovatifolia images make the cut too! 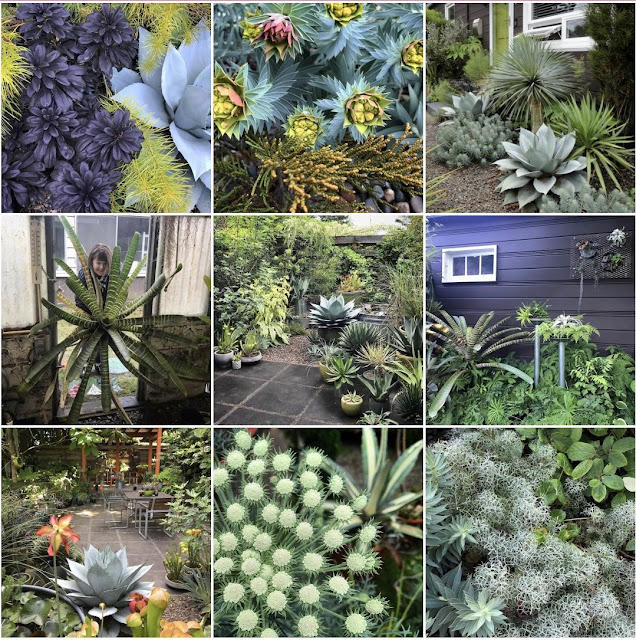 In 2018 (below) the "living-room window" vignette appears again (X2) and the photo of the patio with sarracenia and the potted Agave ovatifolia shows up again, almost—but not quite—the same photo as in 2019 (above). Interestingly the Artemisia versicolor 'Sea Foam' reappears as well, this time paired with Cotinus coggygria 'Royal Purple' whereas above it shows up with Euphorbia rigida and a bit of Fothergilla gardenii 'Blue Mist'. It's also pretty funny that the neighbor's cat, relaxing in a patch of my Adiantum venustum, was included. 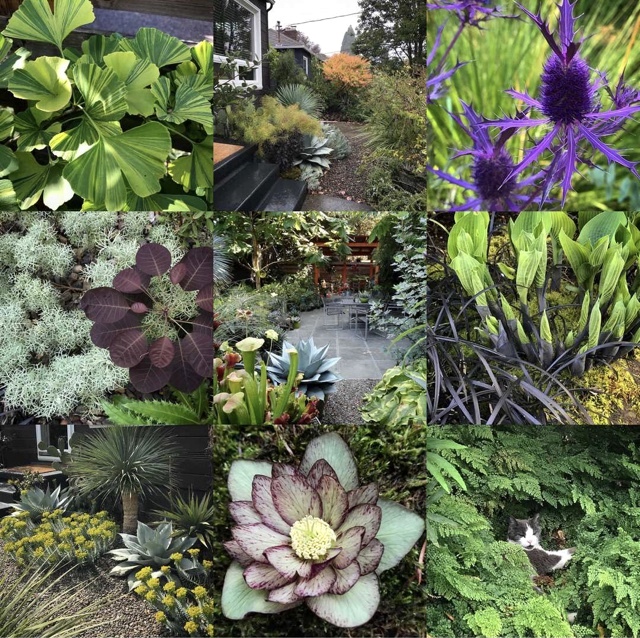 2017 was the first year I was hip to the Top Nine meme, and as you can see things stay remarkably consistent, considering the hundreds of images I have posted on Instagram over the years.... 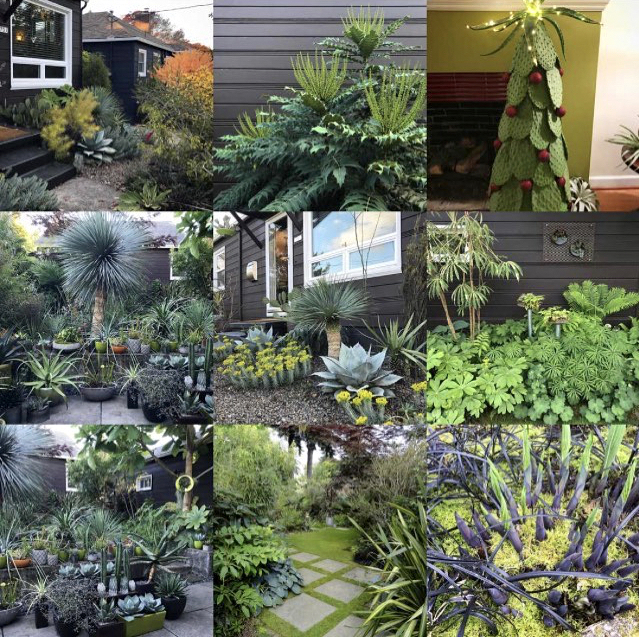