Cutting through a residential neighborhood, en route to somewhere, I realized I was only a block away from a pair of favorite Agave ovatifolia. Of course I had to take a look, that's when I saw their house was for sale... 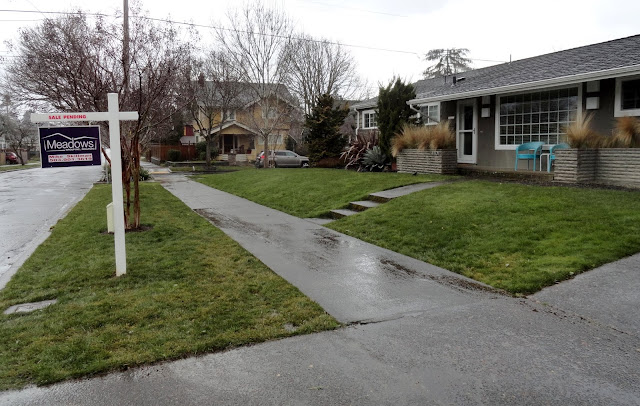 Who knew a one-level was a rarity? And why aren't the agaves a selling point? 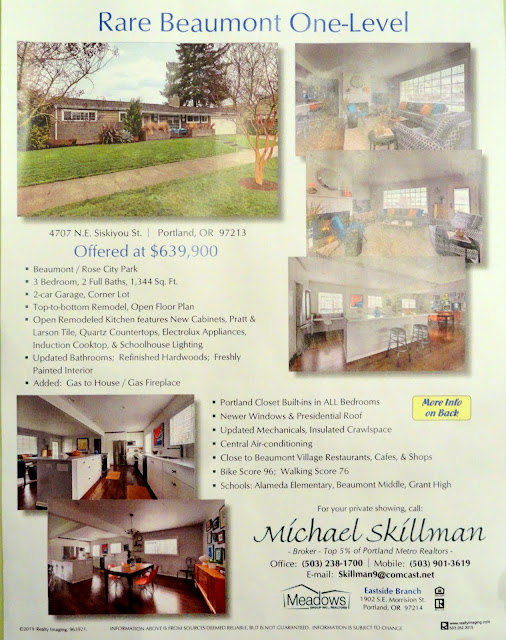 I really think this flyer should have featured a close up of at least one of the agaves. 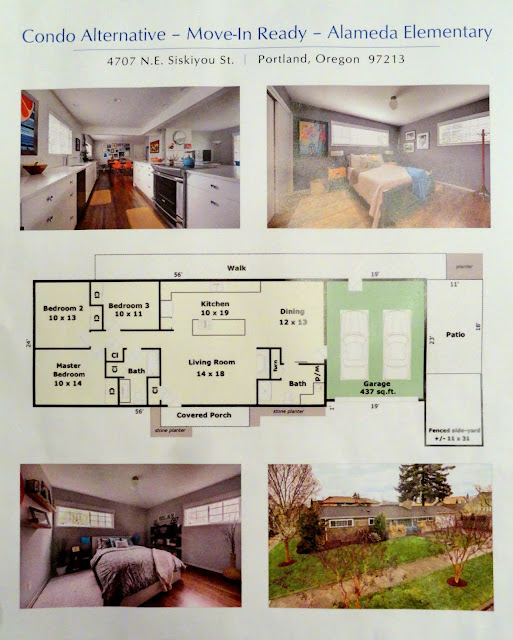 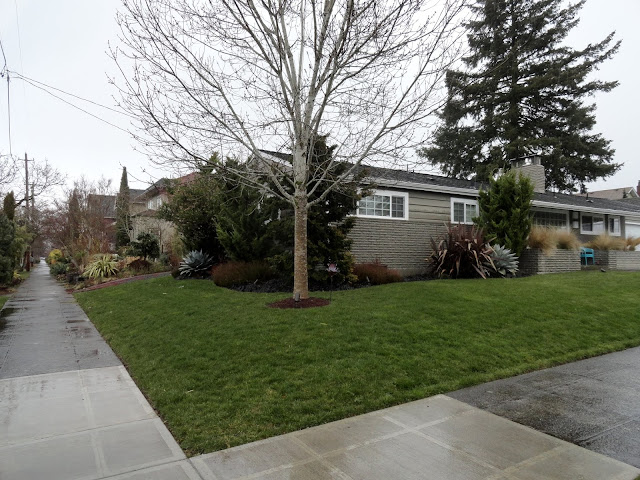 Here's the left side specimen. 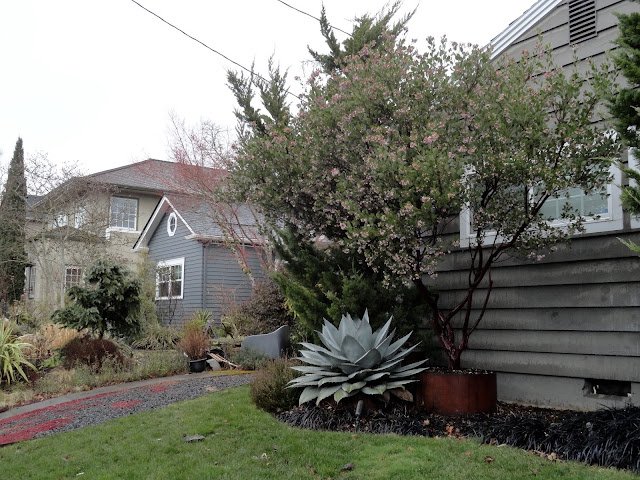 He's on the east side of the house, so doesn't get quite as much sun as... 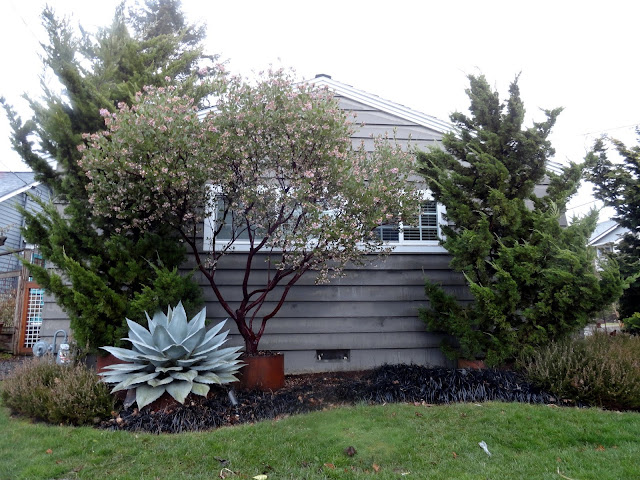 The one on the front, which has southern exposure. 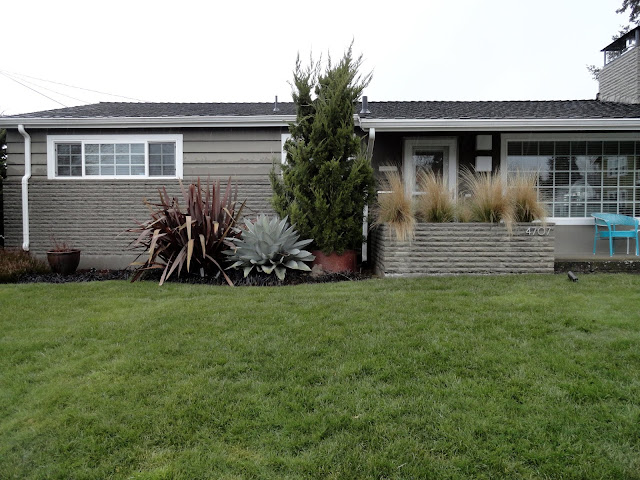 It's huge! They're both so large they're hiding the Cor-ten round they're planted in. 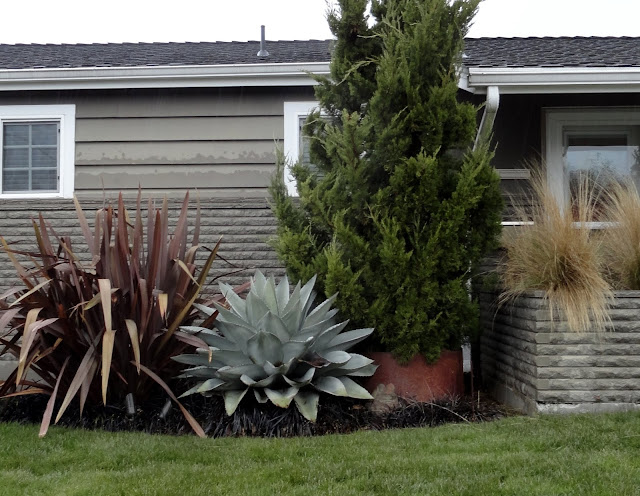 The planters around the front porch could certainly have something more interesting than grass, don't you think? 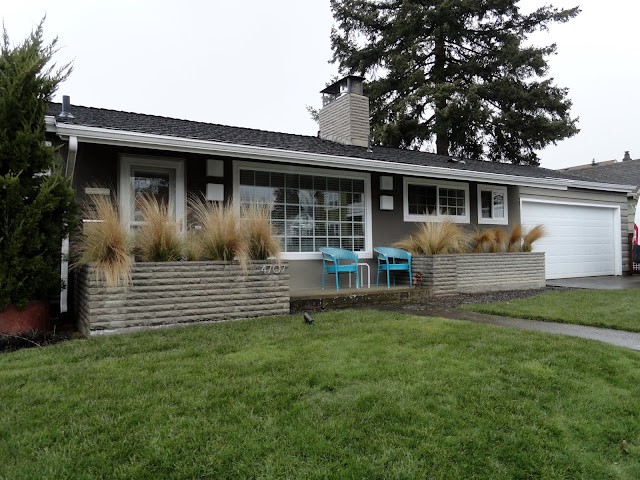 Although the twin Yucca rostrata on the far side of the drive way are nice, I haven't noticed them on prior stalking stops. All this could have been yours (sale pending) for "just" $639,900... 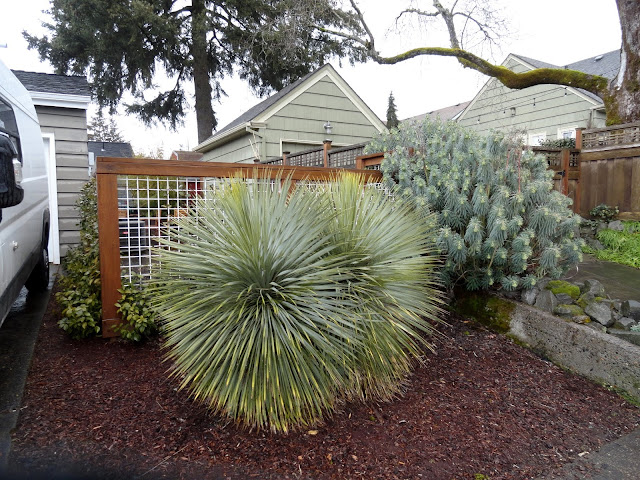