In a Vase on Monday, but not

Today — in honor of the "In a Vase on Monday" meme's 4th anniversary — Cathy (Rambling in the Garden) has challenged us to think outside the vase and be inventive with our arrangements: "You are challenged to create your anniversary contribution in something other than a vase — without giving any suggestions, just have a look round your homes and gardens and be as inventive as you can." Oh I do love a challenge! I considered various non-vase containers but the itch to finally make a leaf-wreath with the foliage from my Quercus dentata 'Pinnatifida’ won out. 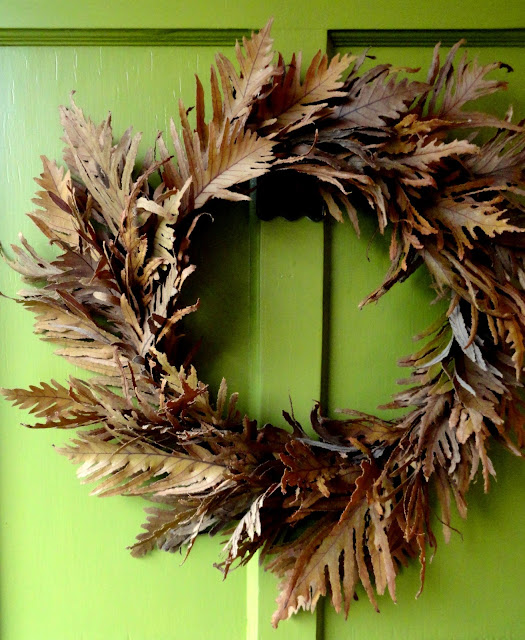 This foliage is fantastic.

And it's moment's like this I'm extra thankful that our front door is green. It plays so nice with the brown. 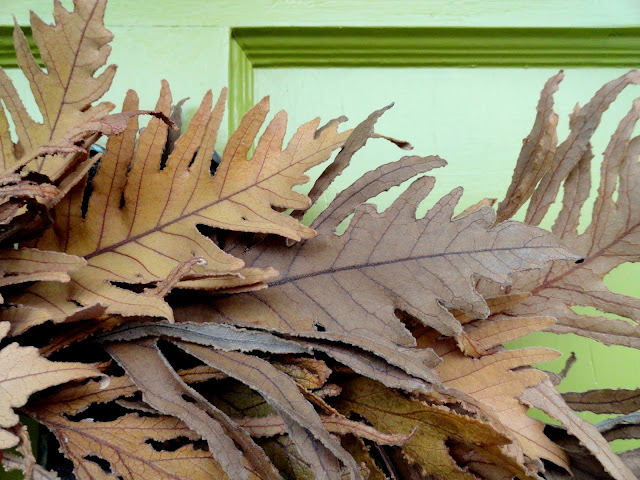 However just the wreath alone wasn't doing it for me. I needed to add something else from the garden for this to be a true arrangement. I decided to play off the cactus curtain (Lila's non-barking device)... 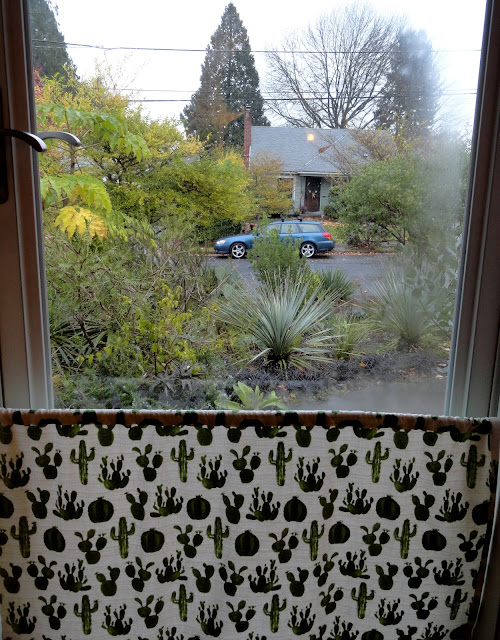 ...and added Aloes and Agaves, as well as other garden bits... 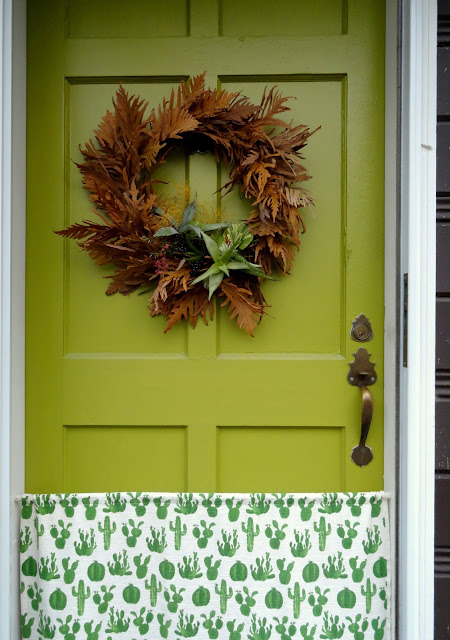 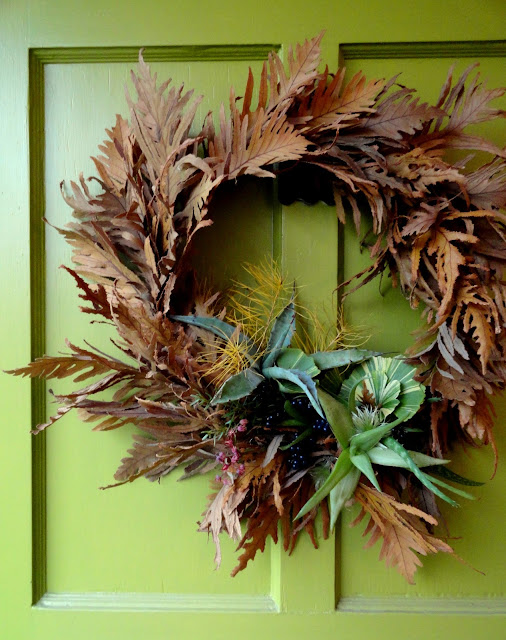 The Agave colorata pup is backed by a few stems of Amsonia hubrichtii. 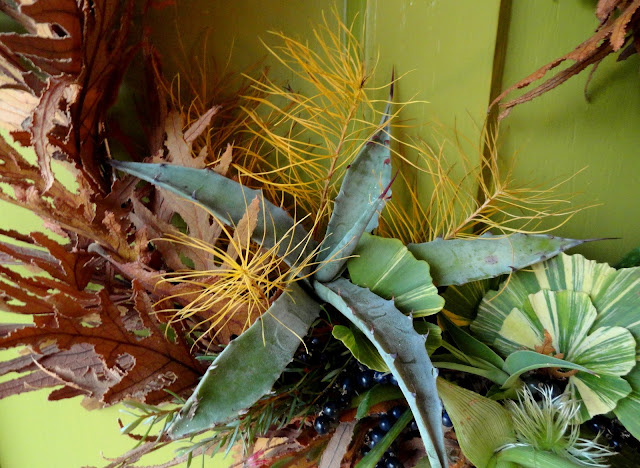 Below it are blooms from a NOID Echeveria, foliage from Grevillea australis and "berries" from Ophiopogon planiscapus 'Nigrescens' (aka black mondo grass). 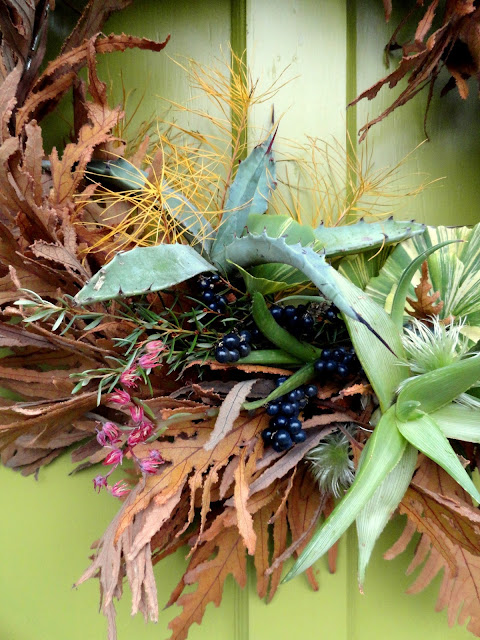 To it's right are Aloe deltoideodonta var fallax and Aloe maculata (both were in the ground — same as the Agave pup — prior to being lifted for this arrangement, it was going to happen eventually anyway, because = winter), along with Ginkgo leaves and seed heads from Clematis tibetana var. vernayi. 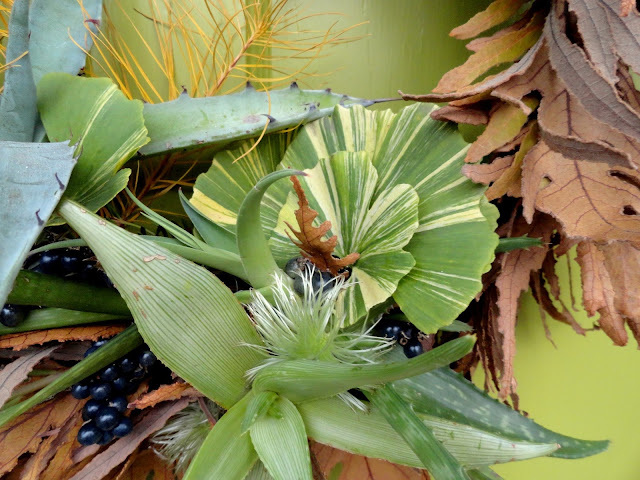 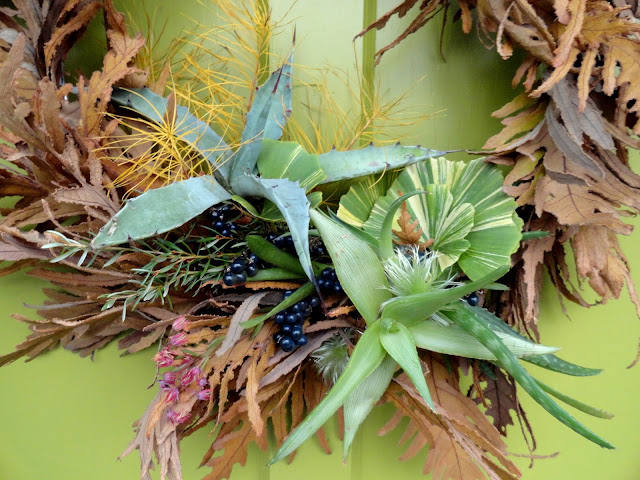 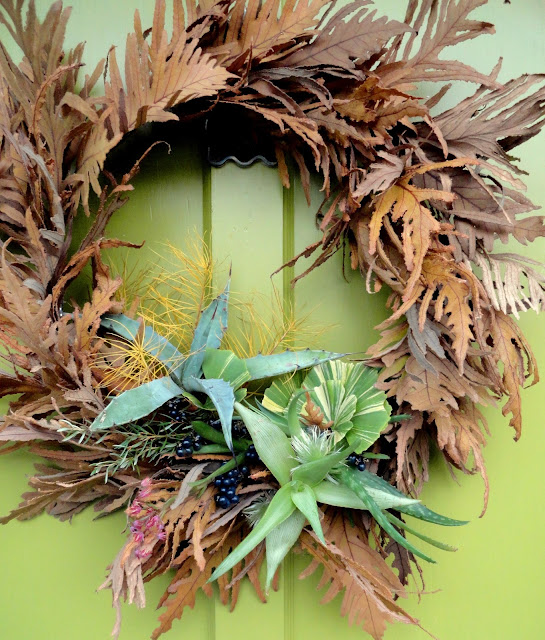 Since it's on the front door I was careful to use things that will be okay with our temperatures for the next couple of weeks. There is a glass door protecting it from the elements, but it still gets cold out there. Unfortunately there won't be a lot of sun for it to deal with...

Happy Anniversary Cathy, I look forward to seeing what everyone comes up with for this week's vase!